Alas, 2022 has come and gone, as long as every other non-leap year but seeming shorter than most nonetheless. But as Yoda says "Size matters not", so we asked our writers to send in their lists of favorite films. Nineteen of us heeded the call, and combined we sent in 69 titles (oo-er!).

As always, any ratings and listings like these are dubious at best. It's not a swimming contest and judging art is mostly subjective. I mean, none of us have seen all films this year, and some of us saw several titles in earlier years, while others of us are still waiting to see them arrive in their corner of the world, sometime in 2023. Hell, one title in the "runners-up" list had its world première in 2019 but didn't make it into some reviewers' countries until 2022!

Therefore, don't get upset or annoyed if your favorite film is rated too low, or is even missing... or if the one film you hated most actually made it into the list. No matter: lists are fun, lists are nice, and every title on here had several backers behind it (so they must have had something going for them).

So check out what we thought were the best films of 2022. And if you want to tell us what fools we are, what we missed, or (gasp!) how much you agree with us, please go to our Facebook page and leave a comment! 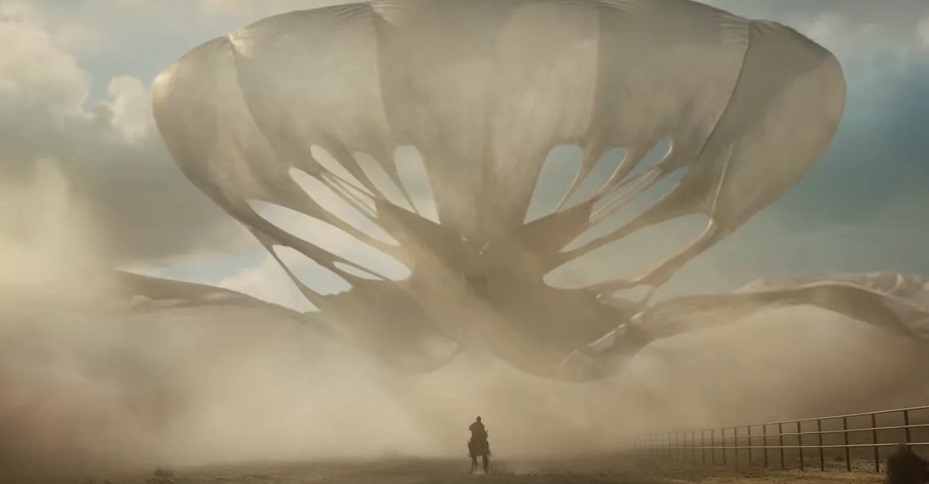 Before we move to our actual Top 10, let's do the Runners-Up first! For starters, that allows us to put a first picture in here (and therefore on the main page) which will not reveal anything which is in the REAL Top 10.
People will think: ""Nope?" and we will say "nope."

Interestingly, the number 20 was actually in the top 5 during our half-year round-up! Which means either the second half of the year was pretty much top-loaded or our memories are rather short. 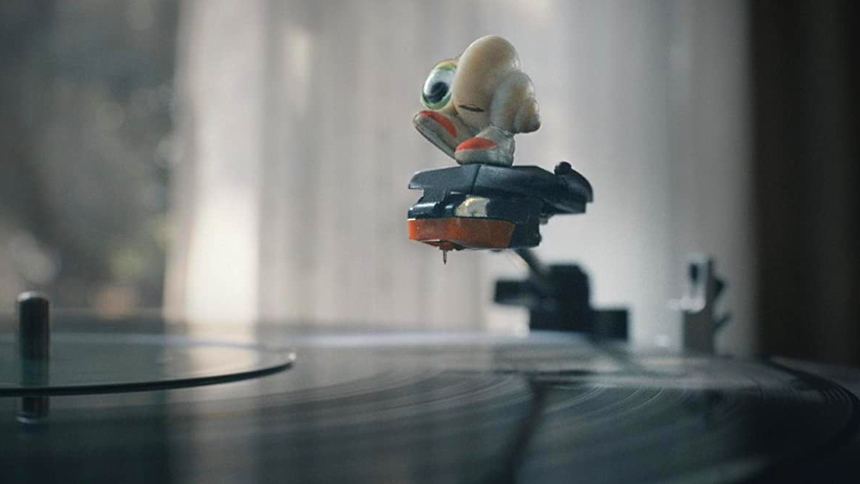 10: Marcel the Shell with Shoes on, US, Dean Fleischer-Camp

This one appeared in our first-half-of-2022, so I'll just restate what I wrote there. What appears to be a goofy joke is elevated to a great film by stellar execution and the proper handling of a very original idea. Our Managing Editor Peter Martin had this to say:

"Fleischer Camp directed with a lovely mixture of live-action faux documentary techniques and stop-motion animation that is utterly beguiling and, somehow, completely transfixing and entertaining. I laughed, I cried, I was glad to be alive to see Marcel the Shell With Shoes On with an audience as we shared the experience. It's good to be alive." 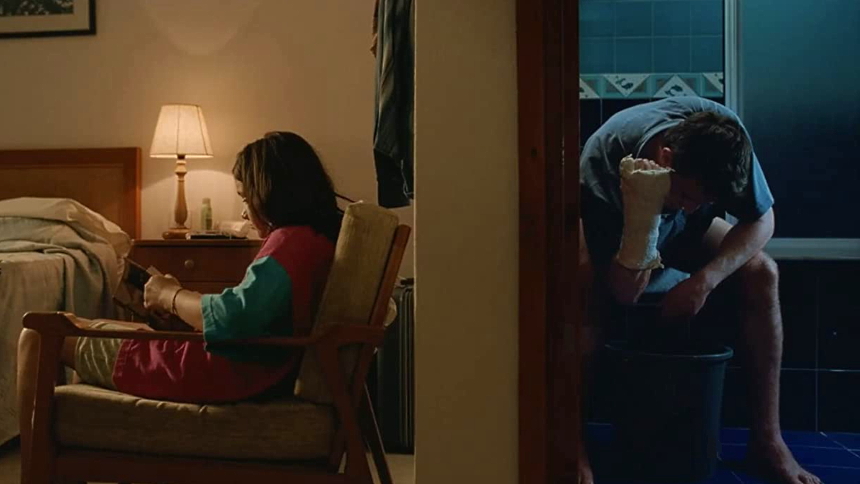 A woman tries to make sense of an old holiday video of her and her father, and in the hands of Charlotte Wells it makes for compelling cinema? According to Dustin Chang, it does, as he states in his review:

"Wells, with the help of Mescal and Corio (actors, ed), builds a touching tribute to a father-daughter relationship." 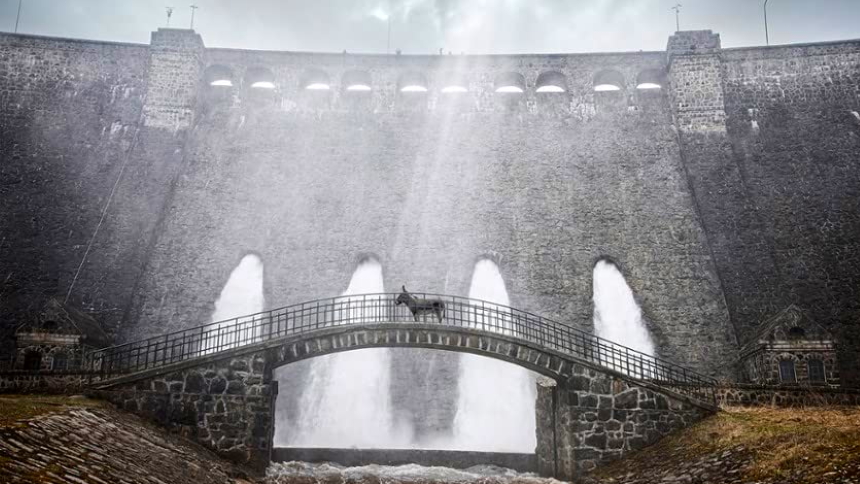 Someone remade Bresson's Au Hasard Balthazar, transporting it to modern times, and surprise surprise: it's really really good. In part that is because that "someone" turned out to be Polish veteran filmmaker Jerzy Skolimowski.

Dustin Chang loved the film and you can read his review here. In it, he says:

"Michal Dymek's cinematography is exquisite: it conveys both intimate and grand spaces of our world and accentuates its beauty and ugliness. Without much dialog, Eo plays out like a documentary at times and has its own visual rhythmic flow, similar to a road movie." 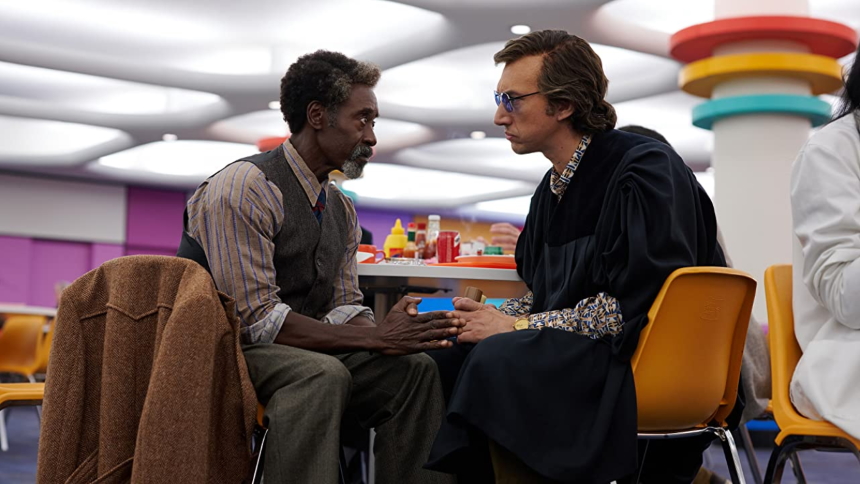 Is it a comedy? An adaptation of a notorious unfilmable novel? According to Jim Tudor, Noah Baumbach's newest is both. Read his review and he'll tell you how bonkers it is. And this:

"What else is there to say about the world’s biggest tragi-kooky domestic head-scratcher to roll down the pike in 2022?  There’s that, and I guess we can also say it’s one of the best films of the year. (...) One may emerge from this film feeling as though they’ve seen stranger things, but nothing much is as gloriously, jocularly confounding as whatever this is." 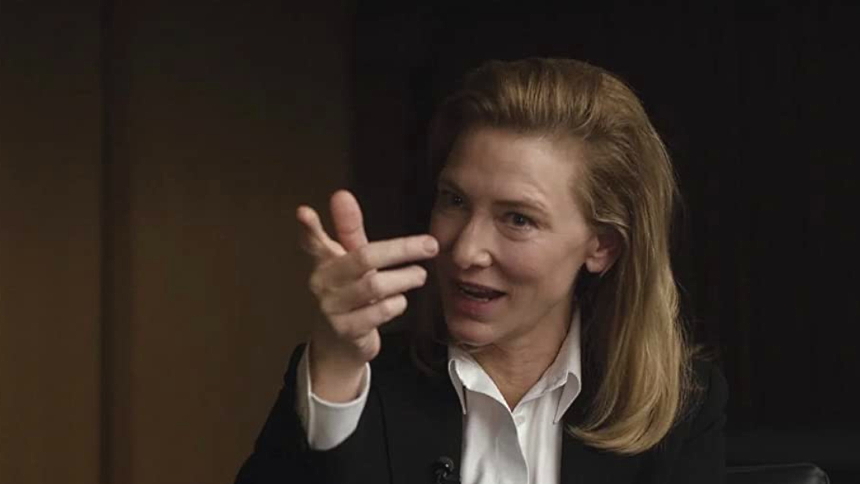 Praise has been lauded on Cate Blanchett's overpowering depiction of a famous conductor who may-or-may-not stumble off of her pedestal. But our Dustin Chang was also a big fan of director Todd Field's work here, as you can read in his full review. I quote:

"Field has really achieved something remarkable with Tár. It’s one of those big character-driven films that is rare to be made nowadays. With its mesmerizing close-ups and Blanchett’s commanding performance, the film is spectacular on the big screen. Go see it big." 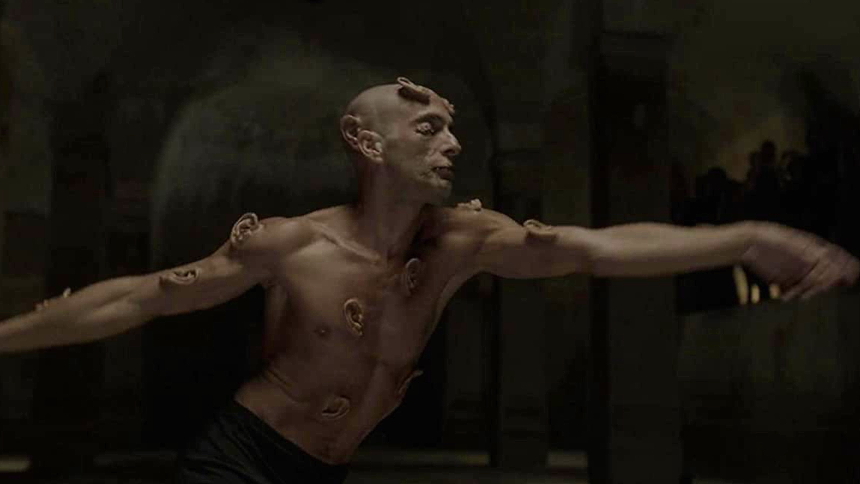 Body horror tropes are aplenty in Cronenberg Sr.'s latest, and many people couldn't be happier to see the old master return to his regular hunting grounds. I mean, when the news arrived David Cronenberg was going to make this film, we were, like the fellow above, all ears. As our Shelagh Rowan-Legg says in her review:

"Crimes of the Future keeps within Cronenberg's web of ideas, while creating some new strands of thought. An update to his contemplation of the body and the horror in the 21st century, in a world where we are all on display, where our bodies (and our world) are increasingly artificial, and how this transformation, or mutilation, changes the nature of humans." 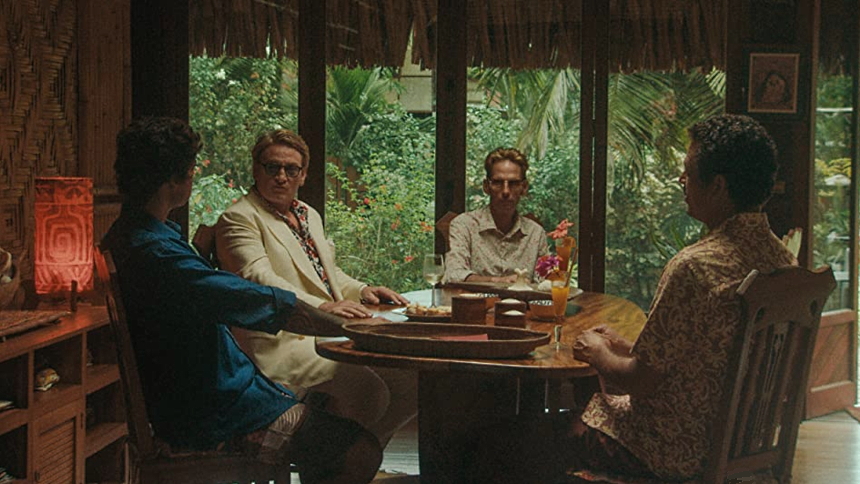 Sleazy politics in sunny Tahiti form the center of this visual feast of a thriller, as seen by a uniquely corrupt individual. Kurt Halfyard says in his review:

"A feeling of partying all night with the devil under swaying palm trees. At a certain point, cut off from all reality, one can never quite seem to escape its lurid tropical gravity. In a word, it is hypnotic." 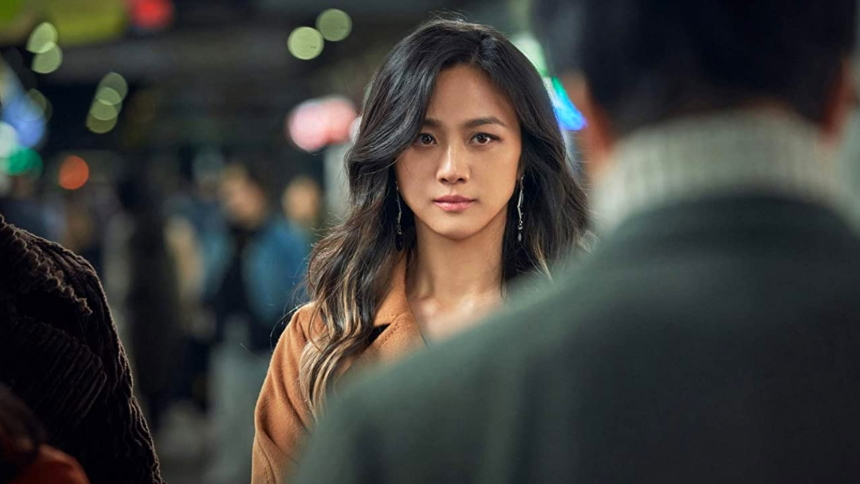 Can you make a story about a detective who falls for a "femme fatale" still interesting? Well, if anyone can do it it's Park Chan-wook, who has shown time and time again that he can stamp his signature intelligence and visual prowess on any story, no matter how quaint. In his review, Zach Gayne points out how Park makes the genre sparkle again:

"In only seven years, Dashiell Hammett’s The Maltese Falcon will turn a hundred years old and one would think after almost a century of stories featuring seductresses exercising their wiles on pigeon detectives, the well might have run dry or at least evaporated into a sea of post-modern irony. Yet Park Chan-wook has somehow found a way to not only shed new ground in a faithfully classic way, but to make his loyalist vision uniquely modern and achingly salient." 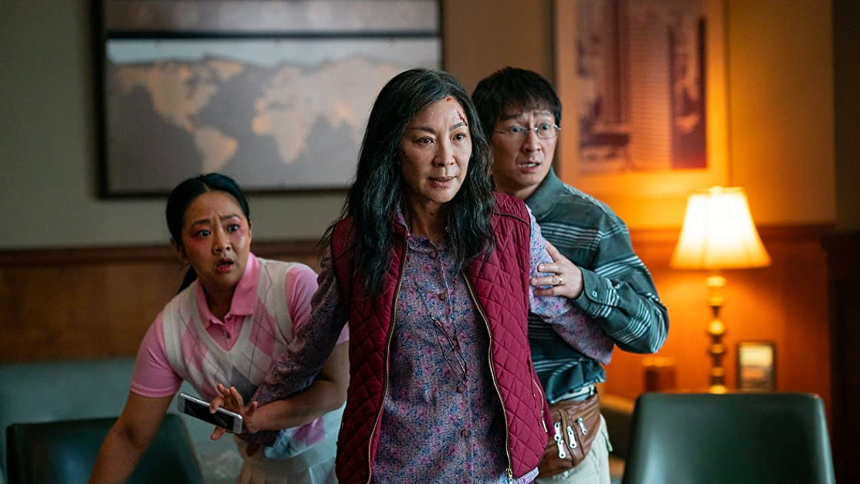 2: Everything Everywhere All at Once, US, Daniels (Dan Kwan and Daniel Scheinert)

This marvellously barmy film-of-all-genres was heading the list at the mid-year point, and it was beaten now by only a small margin by our winner. It's rightfully insanely popular, and reviewers who didn't put this in their year-end lists were even harassed on-line (to the point where the directors asked their fans on social media to please stop doing that).

Our J. Hurtado said this in his review:

"Everything Everywhere All At Once is the rare film that works no matter what you’re looking for in it. Do you want a love story? It’s there. Do you want action? Oh boy, is it ever there. Do you want a science fiction film that runs the gamut from super high tech to nerds driving around in a janky ‘70s van? You’ve got it. A treatise on the impact of generational trauma and the need to let go? Yup. Just interested in a kick ass score? Son Lux has you covered. Wild camera work? Larkin Seiple really brings it. Jenny Slate being the most Jenny Slate she’s ever been? You’ve be Slated. Meta movie homages? Would you like Wong Kar Wai or Ratatouille? You get both. It’s truly a feast, the kind that leaves you almost too stuffed to stand up from the table, but still reaching for that last bite. It’s incredible. Do yourself a favor, experience Everything Everywhere All At Once, you’ll come out happier than you went in."

True words! And after reading Theodoor's article about the Daniels' music videos, I'm now totally convinced these guys are nuts in the best sense of the word. 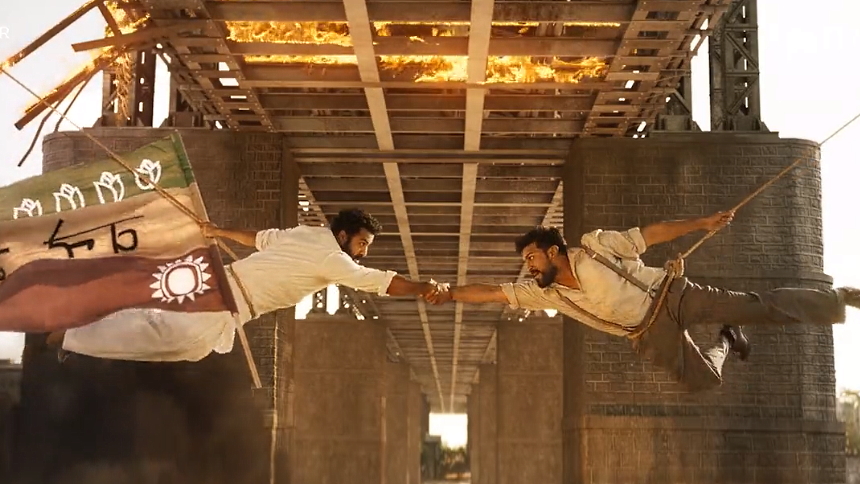 Surprise, surprise: once more people got to see it, it got more votes. Our very own J. Hurtado spent blood, tears, toil and sweat getting this re-released in as many cinemas as he could, and got rewarded with roaringly enthusiastic audiences across the United States.

Director S. S. Rajamouli is one of the best visual storytellers on the planet, and if you allow yourself to be taken along with his almost goofy over-the-top execution of the many insane set-pieces, you are rewarded with a heartfelt tale of friendship and morality. 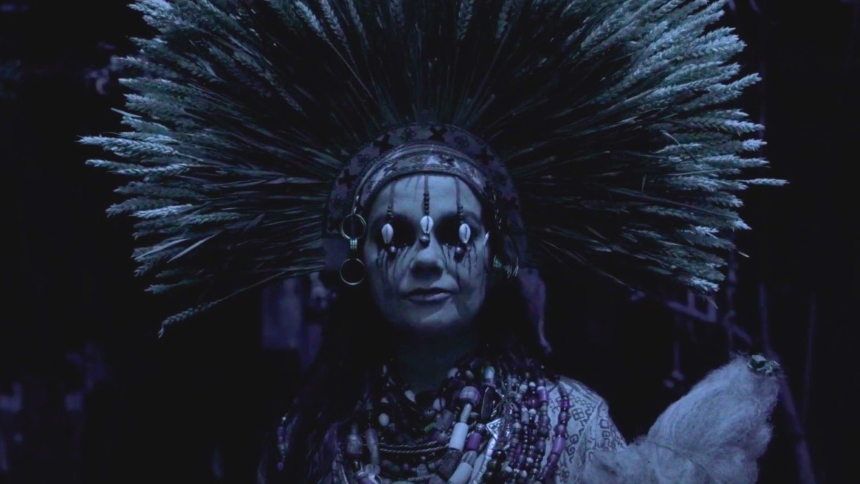 As stated above, 69 titles were listed, so here are the 49 that just didn't make it into the top 20:

More about Marcel The Shell With Shoes On