Anyway, without further ado here is my gallery of musings about 2022. Click on the edge of the pictures to scroll through all bullets, and I hope you have fun with at least some of them! 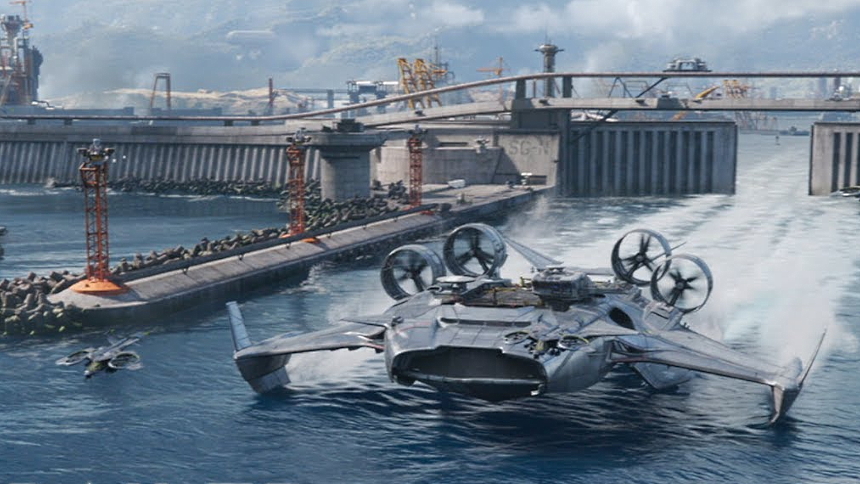 James Cameron is my favorite director in the world today. Ever since he made The Terminator back in 1984, every single film he made whupped my ass. Interestingly, for his last three titles I was initially impressed but disappointed, yet when I saw them for a second time all my misgivings disappeared. I'm not surprised Avatar: The Way of Water overperforms at the box office from its third week onward. This is now almost a given with Cameron. Me, I'd love to see him do different things too, but three more (new) visits to Pandora? I'm in!

Peeking behind the curtain of our traffic to see what was my most-read article in 2022, I saw that by sheer accident my review of Jurassic World: Dominion was the one. Which was a bit of a shock, as it is hardly the film I'll remember 2022 for. And it wasn't just MY best-read article, it actually was the most-read ScreenAnarchy article published this year. Which just shows you can never predict these things. Apparently the timing was very, very lucky, and I wasn't stomping it into the ground as harshly as others, so maybe this particular article became "the other voice". 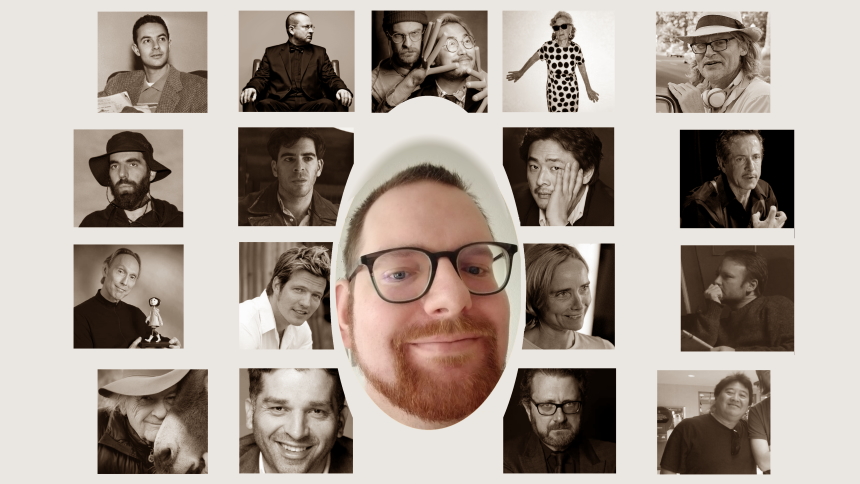 Don't you wonder sometimes, About sound and vision?

Dutch film journalist Theodoor Steen has for years been a festival friend of mine, a regular I kept running into. From that we evolved into film friends, and finally became regular friends. One day, he shared with me some intriguing trivia about a music video. Surprisingly it had been made by a very famous director, though this was not common knowledge. As our conversation continued, it turned out that Theodoor had spent years creating a database of film directors and the music videos they had created, as a hobby (or obsession). Some of these videos were hardly a secret, but some he had to ask directors personally about during interviews, before he could confirm they had indeed created these videos.

His list was so extensive that I asked him why he hadn't shared it in some form, and as it turned out he had dabbled a bit with the idea but hadn't found the right platform yet.

Long story short: he found his platform and we are it! From September onward, my friend Theodoor has been writing a weekly column on every Monday about directors and music videos. A new one will be up in a few hours, but check them all out here! 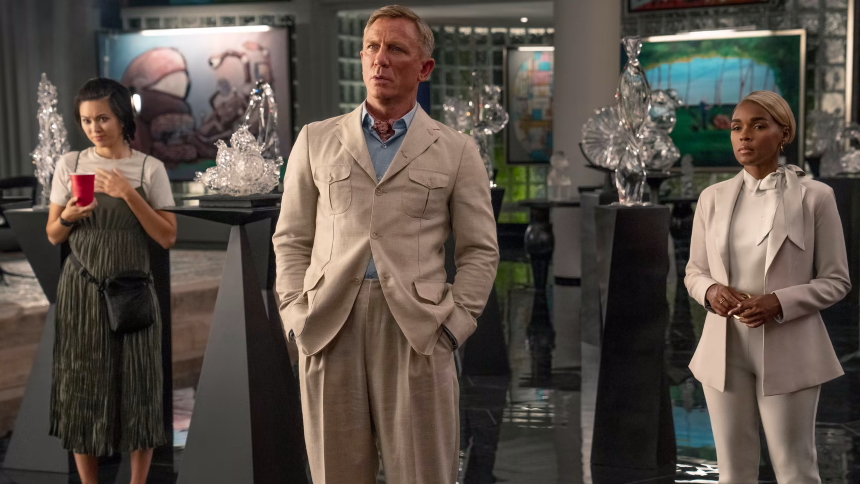 I'm a fan of Ryan Johnson, and loved Knives Out, so I was happy to hear he was teaming up with Daniel Craig to make another few of these LeBlanc mysteries. The first sequel dropped on Netflix just prior to Christmas and ooh boy...

Of the two, I may prefer Knives Out over Glass Onion but by the merest of margins. These films are delightful so I hope part three won't take too long to arrive. 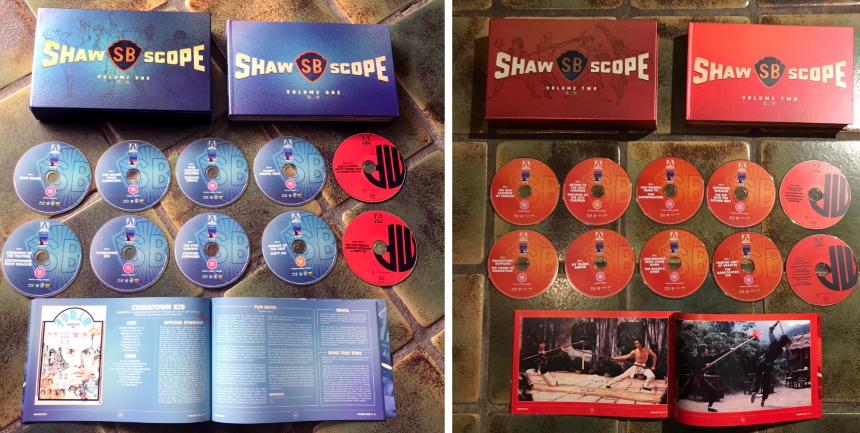 Feeling all hot and Shaw Brothered...

Distributor Arrow cannot possibly release all of the Shaw Brothers classic films, the rights are simply too spread-out across the whole world for that. But their Shaw Brothers Blu-ray boxsets last year were nevertheless jewels. You can check pictures of the first one here, and I'll have to do a similar article on the second one soon... 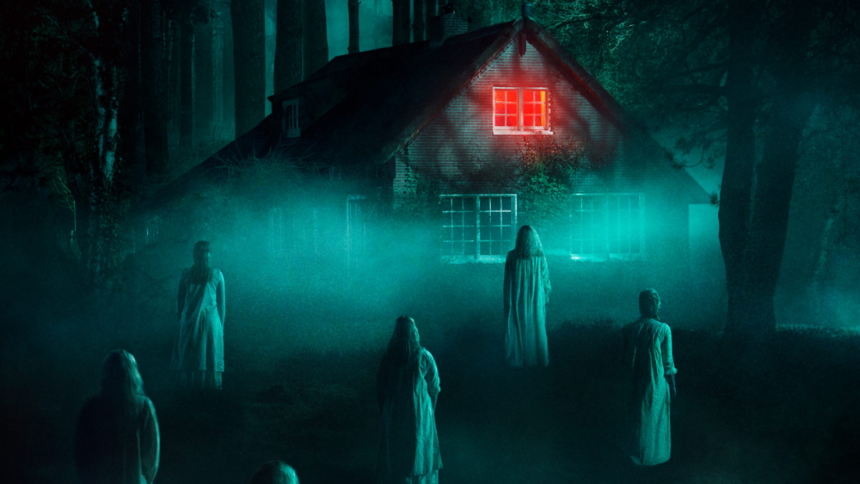 Normally there aren't that many films made in the Netherlands which aren't comedies or dramas, but 2022 proved to be a noticeably great year for Dutch genre films. Especially on the horror front there were a few nice surprises: The Revelation was, well, a revelation, found footage horror Exhibit #8 was a lot better than expected, and Moloch (pictured above) was lean, mean and damn, DAMN solid.

Is Dutch horror entering a golden age? If the quality is on the same level as these three films, I sure hope so. 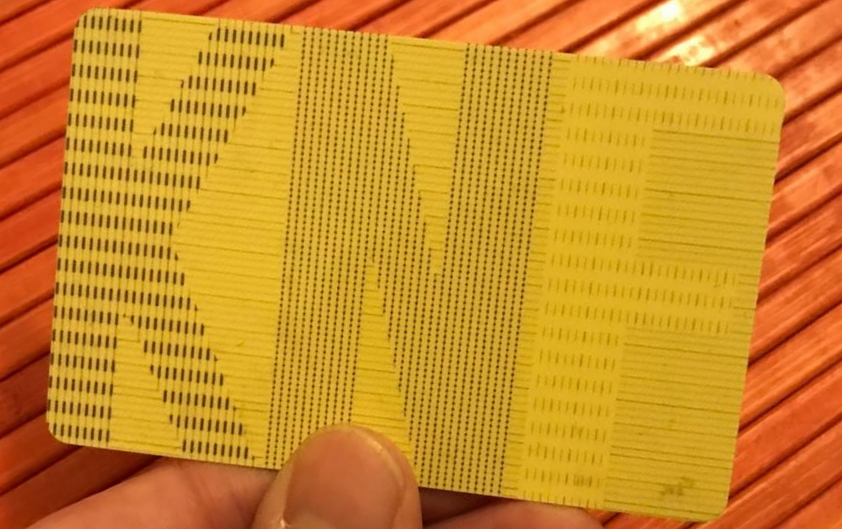 Well, I joined the "Circle of Dutch Film-journalists" (de Kring van Nederlandse Filmjournalisten, or KNF) and became a card-carrying member. Meaning I may show up in a few more juries in 2023. 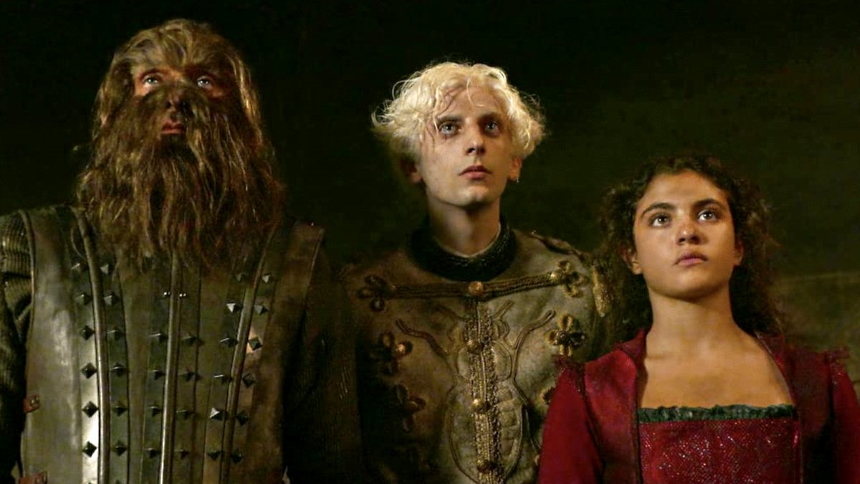 Freaking Out At Home

It's almost a faint memory now, but a year ago around this time, the Netherlands were very much in full COVID-19 lockdown. It meant that once again, the International Film Festival Rotterdam had to cancel all of its audience events, and all films presented had to stream online. The selection was still very impressive though, and Gabriele Mainetti's gaudy superhero epic Freaks Out won the audience award.

And I had no problems with that as you can read in my review. 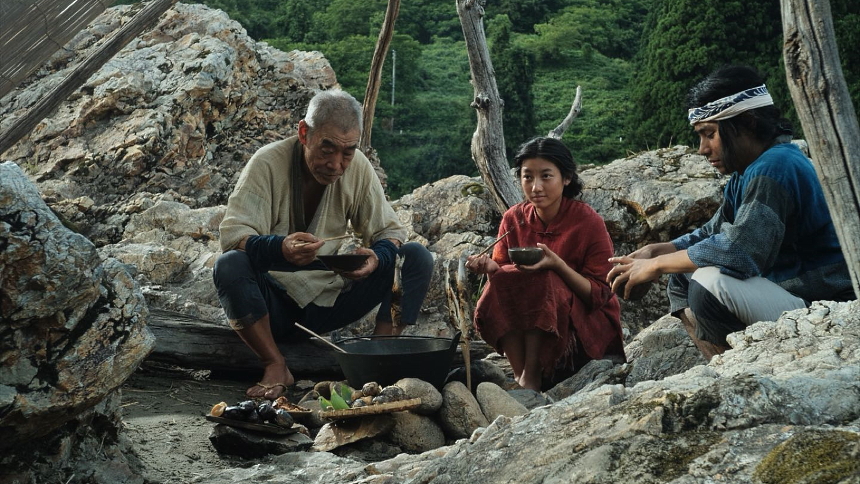 Who cares about time?

The first festival in the Netherlands where I was able to benefit from the lifting of Corona restrictions was the Camera Japan Festival in Rotterdam. Not only was I able to watch films, unmasked and well, but there even was one of the legendary saké-tasting events! Good times were had by all...

But the films were excellent too, especially Jo Odagiri's They Say Nothing Stays the Same, a surprisingly gripping piece of beautiful cinema, which seems sedate on paper but manages to put its audience through the wringer a few times. Given that I interviewed Jo Odagiri once ages ago and considered him to be an interesting goofball, to see him make a film THIS mature, THIS beautiful, was a pleasant smack in the face. Corona restrictions had added some time to this film's release schedule too: it ended in the audience top-5 of the festival, despite having premiéred abroad in 2019 already. 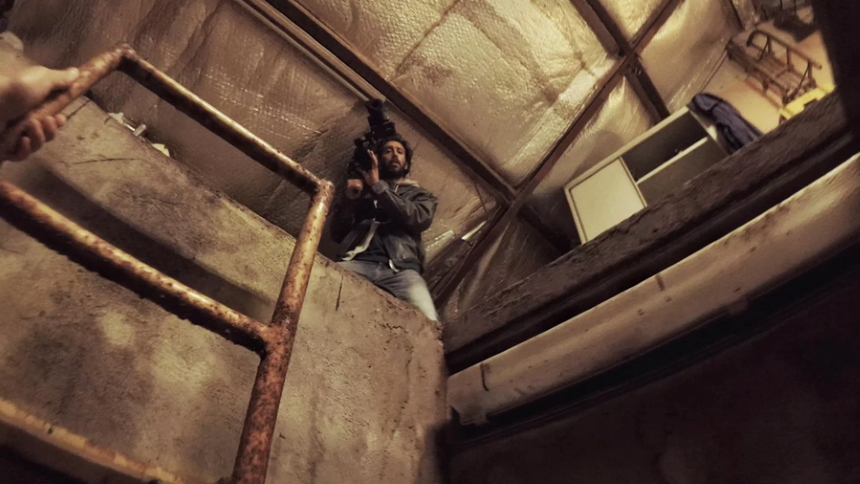 Imagine missing the best genre festival in the Netherlands?

Unimaginable, right? Especially with the festival unlocked again, and in a new venue, with a fantastic line-up, I planned on hitting the Imagine Film Festival Amsterdam hard. Alas, to quote Blackadder, "Fortune vomits on my eiderdown once more" and life intervened.

Thankfully, I did receive screeners of the two world premiéres so I was still able to tell the world about Sputum (which I liked) and Exhibit #8 (which I liked even more!). 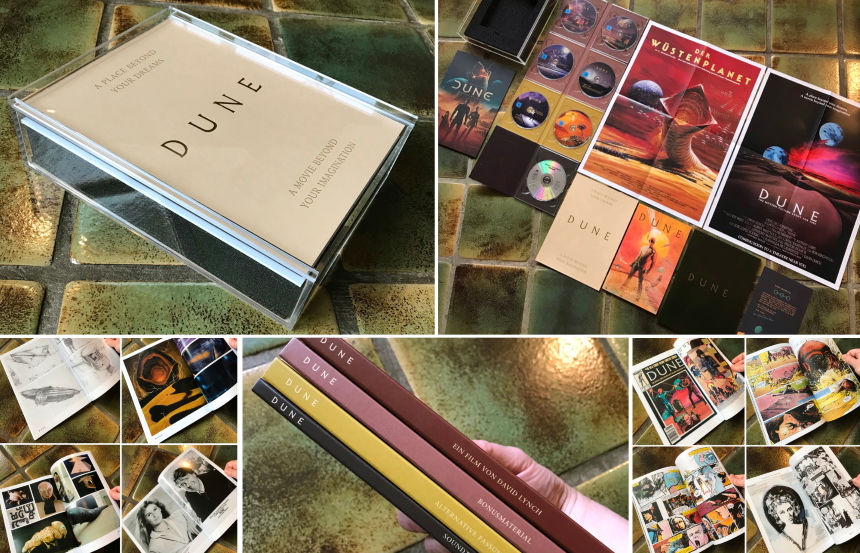 Only two bullits left? I'd better get on with my favorites then...

My favorite movie-related acquisition was Germany's humongous Ultimate Edition seven disc Blu-ray release of David Lynch's 1984 science fiction epic Dune. Yes, that film is a project with a history, yes, it has problems, no, not all of Lynch's decisions work in its favor. But I forgive a lot in anything this ambitious, and the colorful art direction of this version sometimes wipes the floor with Denis Villeneuve's rather drab imagining of its source material.

So what sets this version apart from other great Dune releases? Well, the Germans have included the making-of documentary The Sleeper Has Awakened, the CD soundtrack, and several alternate cuts, including the fan-favorite Spicediver Cut. Also, it has books and isn't ugly.

Check out more pictures of it! 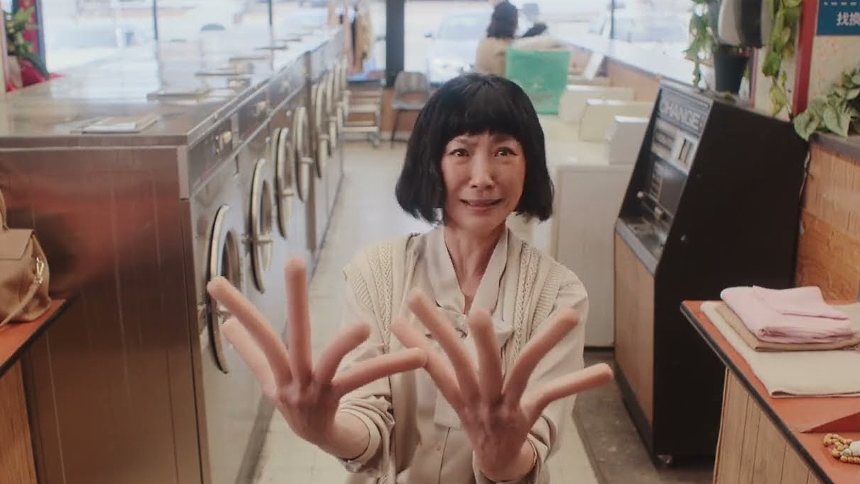 Yes, I too succumbed to the many, many charms crammed into the crazy film called Everything Everywhere All at Once. Its directors, the Daniels, are certifiably insane but thankfully also incredibly talented.

As for the film itself, I cannot top our J. Hurtado's words about it so I urge you to read his review. Rest assured it was my favorite film of 2022.

And that concludes my musings. Let's see what 2023 brings!

More about Avatar: The Way of Water

More about They Say Nothing Stays the Same

More about Freaks Out