Directed by Jerzy Skolimowski, this is not a fairy tale. Unlike some cute Disney family movie starring a talking donkey, it will break your heart. 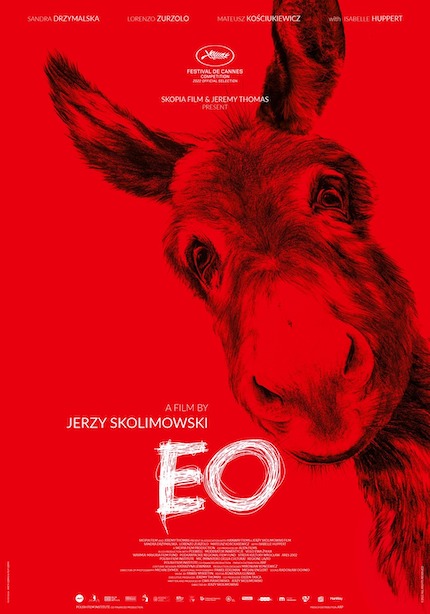 You can't talk about a donkey in cinema without Robert Bresson's Au hasard Balthazar.

Bresson's Christian allegory, where the beaten and abused donkey dies on a hill for the sins of all humanity, has always been regarded as an austere, unflinching masterpiece, if too Biblical for this day and age.

Fast-forward 56 years to the present: our highly globalized capitalistic world is on the brink of ecological, societal collapse. And we have Eo, a sobering, cinematic masterpiece by Polish veteran filmmaker Jerzy Skolimowski.

The mass migrations of people, brought on by wars, by political/economical instability in the global economy, by famine and other natural disasters, have become our daily news, which we have consumed for the better part of the last few decades. And there have been some outstanding films made about the current refugee, immigration crises, such as Fire at Sea, Human Flow, Limbo and Flee, just to name a few.

Anywhere in the world, even from formerly homogenous nations, such as South Korea and Ireland, the globalist economy is pushing a massive human surge everywhere and it is changing the very fabric of society. It confronts you on a personal level too: they drive you to your destinations, cook the food you eat, deliver your goods, and take care of your children. In short, they are the backbone of our society.

So how do you portray the suffering of immigrants and refugees, caught up in circumstances that they have little to no control over, with an empathetic eye? How do you give voice to the voiceless without being too didactic? How do you show the carnivalesque atmosphere of current political situations in the Far-Right, anti-immigrant, nationalistic governments in Europe and the US?

The film starts in the circus (!) tent. Eo, our titular protagonist, is a donkey, trained and cared by Kasandra (Sandra Drzymalska). It is clear that he had been abused and beaten when not taking directions by other carnies.

There are animal rights activists in Warsaw violently protesting outside the circus fairgrounds. They succeed in seizing the rights to the circus animals. Eo gets separated from Kasandra, the only human who had shown kindness, and is transferred to a horse sanctuary in the countryside.

As a working animal, unlike horses that are being treated there, Eo is used to carry stuff around in the stable. Eo witnesses some dreadful conditions and treatments horses receive. After refusing to work, Eo is transferred once more to a small farm. As he is being taken from one place to another, our beast of burden witnesses human folly and cruelty to both him or to other animals. He travels sometimes alone, sometimes in cattle cars and is treated nicely only when he is deemed useful.

Eo escapes to the forests, thinking of Kasandra, gets captured again, freed once more.... It's a road movie of the highest order.

The film, mostly shot from the donkey's point of view, with jarring close-ups, has a visceral, raw quality only seen in haptic cinema of Sensory Ethnography Lab (SEL): Leviathan, Sweetgrass, The Iron Ministry or Philippe Grandrieux's more pastoral, picturesque film, Un Lac. The film visually and sensorially replicates what Eo is experiencing, the disorienting sensation of being in the cattle car, out of place in a football stadium, going over the bridge overlooking grand man-made structures, and so forth.

Michal Dymek's cinematography is exquisite: it conveys both intimate and grand spaces of our world and accentuates its beauty and ugliness. Without much dialog, Eo plays out like a documentary at times and has its own visual rhythmic flow, similar to a road movie.

As if the fablist, allegorical nature isn't obvious enough in the beginning of the film, it becomes loud and clear with Isabelle Huppert showing up near the end as an unnamed, dispassionate countess living in a lavish palace in Italy, obviously a stand-in for the grand decadence of Western Europe, speaking French and Italian and flirting with her disaffected, too good looking step-son Vito (Lorenzo Zurzolo), who rescued Eo from an accident and brought him home.

Unlike some cute Disney family movie starring a talking donkey, Eo is not a fairy tale. It can also be seen as sobering examination of the meat industry.

But more importantly, it is an allegory for how people from different parts of the world, not by their own volition, get uprooted and go through unimaginable hardships and alienation, only to be at the mercy of a handful of strangers who ultimately don't have any stake in their lives. Eo's abrupt ending heightens the disconnect, makes the audience uncomfortable, reflecting on the globalist economy and its effects on Global South, which is precisely the point Skolimowski is making.

EO is Poland's official selection entry for next year's Academy Awards. It opens Friday, November 18 at Film Forum and Film at Lincoln Center in NYC. 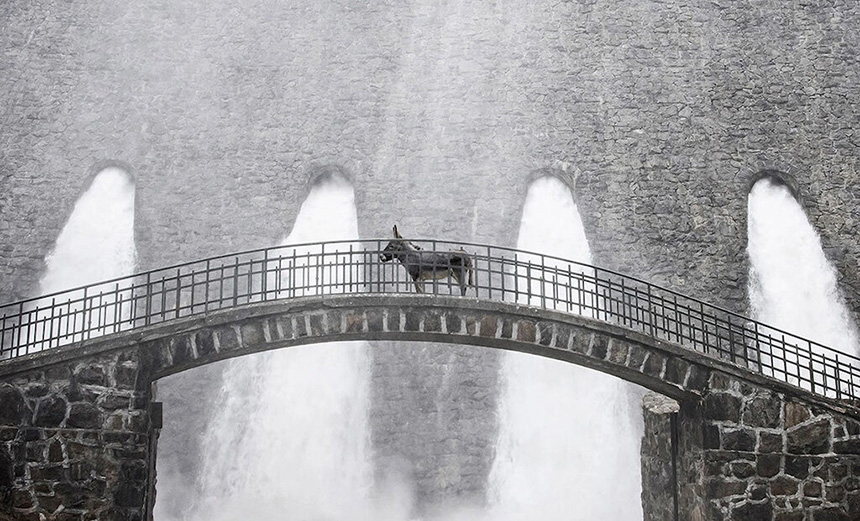 Do you feel this content is inappropriate or infringes upon your rights? Click here to report it, or see our DMCA policy.
EOIsabelle HuppertItalyJerzy SkolimowskiPolandSandra Drzymalska