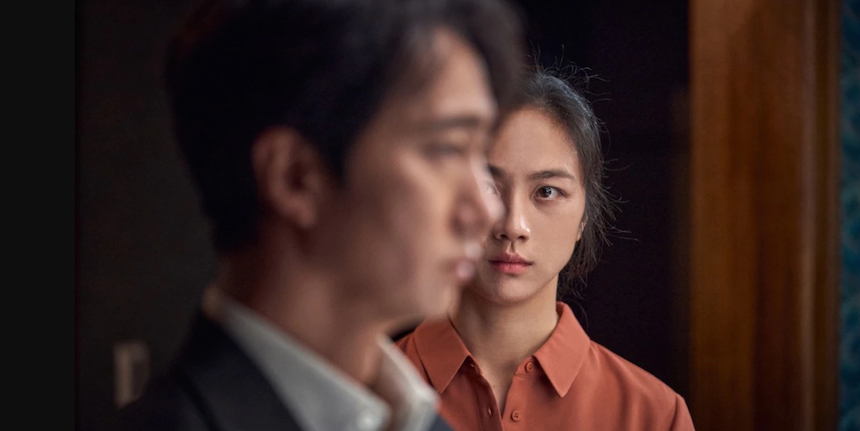 “Am I such a pushover?” Detective Hae-jun asks the femme fatale of Park Chan-wook’s latest masterwork, Decision to Leave. "Am I so wicked?" comes her response. Perhaps the truth of these tried and true character tropes lies somewhere in the middle.

Many a tragic figure has come undone by the femme fatale, an archetype as old as the noir genre itself that serves to tell and re-tell the same powerful story of beauty and the damned. To me, its staying power concerns its central metaphor for the very real truth of love’s potent capability to drive a person to betray their own values, dignity, and sense of self, if pushed hard enough by a seductive force that knowingly uses it as a weapon.

In only seven years, Dashiell Hammett’s The Maltese Falcon will turn a hundred years old and one would think after almost a century of stories featuring seductresses exercising their wiles on pigeon detectives, the well might have run dry or at least evaporated into a sea of post-modern irony. Yet Park Chan-wook has somehow found a way to not only shed new ground in a faithfully classic way, but to make his loyalist vision uniquely modern and achingly salient.

Our hero is an insomniac detective who no longer knows if his penchant for all-night stakeouts comes from his inability to sleep or if his inability to sleep comes from his penchant for stakeouts. Hae-jun is a man who, like so many hard-boiled dicks before him, not only defines himself by his job, but may go as far as to live for the romance of crime-solving, not that he’d ever admit this to his wife. Is this why so many characters like him fall for their crime victims/suspects? Do their intertwined passions become entangled?

His latest case involves the death of a mountain climber who may have slipped and fallen to his death or maybe not. It's up to Hae-jun to suss out if the victim’s bewitching widow is the classic suspect number one or the radiant victim of tragic circumstances. As you may have gathered from the genre's narrative pastime, our protagonist grows obsessed with the case and the woman who affects him like no other, and in no time at all, becomes emotionally shattered by how uncharacteristically he finds himself behaving.

During the film's press conference at the Cannes film festival, where Park Chan-wook well-deservedly took home the best director prix, the auteur felt compelled to address the numerous critics who seemed eager to talk with him about Hitchcock and obsession, which are indeed synonymous. But Park Chan-wook seemed to find the comparison somewhat baffling.

Perhaps this is because Hitchcock, a seemingly oppressed observer, if ever there was one, was highly keyed into the male gaze and through it, its objects of affection. But where Park Chan-wook takes the nefarious femme fatale into uncharted waters involves reciprocity. In Decision to Leave, the gaze’s object looks back.

Nevertheless, the comparison is certainly apt in one regard whether intended or not and that is the Korean auteur’s command of capital-C cinema. With Decision to Leave, Park Chan-wook's storytelling has never been quite so impeccably crafted as he utilizes every trick in the mise-en-scène dictionary while scintillatingly adding fresh moves at every turn. With incredible attention to both impressionistic and expressionistic detail in camera and editing, Park Chan-wook’s construction of shots, complete with ultra-creative perspectives and curiously satisfying zooms, will dazzle the deepest cinephiles while simultaneously captivating viewers of all stripes.

Ultimately, the most enthralling aspect of Decision to Leave is the haunting beauty of its almost-Shakespearean sense of romantic doom. Like the film’s femme, it is an utterly bewitching work of chilling romance and I remain deeply under its spell. It’s nice to know, as we enter the genre’s second century, that it is still possible to achieve timeless originality and I have no doubt that our grandchildren will continue talking about Decision to Leave in another hundred years.

Do you feel this content is inappropriate or infringes upon your rights? Click here to report it, or see our DMCA policy.
Cannes 2022Decision to LeavePark Chan-wookSeo-kyeong JeongTang WeiPark Hae-ilGo Kyung-PyoCrimeDramaMystery