Ard Vijn
Editor, Europe; Rotterdam, The Netherlands (@ardvark23)
Tweet Post Submit
Blimey folks... they say "time flies" but this year it flies on a rocket, it seems. While the second half of 2022 technically didn't start on the first of July (because February is so short), we DID pass the halfway point at some time this weekend. So we asked our staff of writers and editors what, in their opinion, were the best films this year so far.

As always, any ratings and listings like these are dubious at best. I mean, none of us have seen all films this year, and some of us saw several titles last year already, while others of us are still waiting to see them arrive in our corner of the world, later this year.
Therefore, don't get upset or annoyed if your favorite film is rated too low, or is even missing... or if the one film you hated most actually made it into the list. No matter: lists are fun, lists are nice, and every title on here had several backers behind it (so they must have had something going for them).

Fifteen of us here at ScreenAnarchy donated a list and together we mentioned 46 titles. So check out what we made of this year so far: we start with a bunch of runners up, and after that, each film gets its own bullet. And if you feel like commenting, please add your opinion as a remark on our Facebook page. 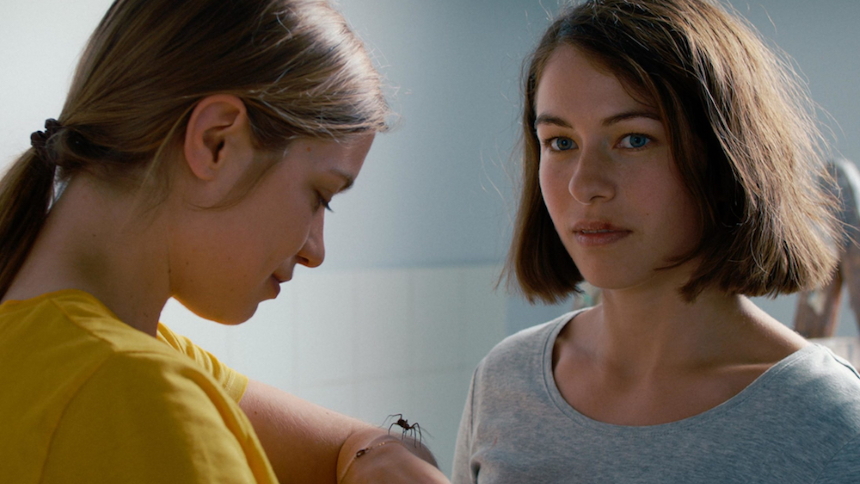 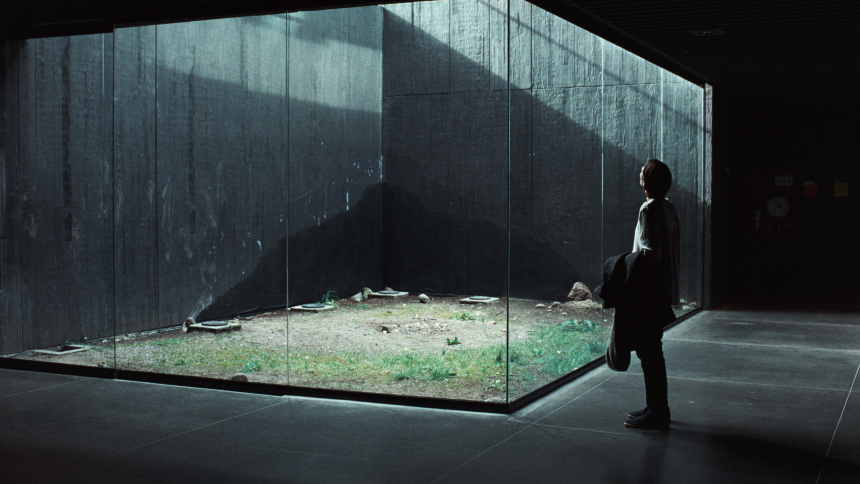 This one is actually in our top 10 list of last year, but it's an incredibly elusive film to catch, so it might actually pop up in several other lists for years to come... as its director forbids a home release. So here is a repeat of what I put in that top 10 article:

In Apichatpong Weerasethakul's new film (his first in six years), Tilda Swinton repeatedly hears an odd sound while in Colombia and searches for its origins. But how do you remember or describe a sound? How trustworthy is your memory of a sense? Dustin Chang reviewed the film earlier this year and wrote the following:

"But as always with Weerasethakul's other films, watching Memoria is like sleepwalking through an unfamiliar territory. It's like a lucid dream; you are not quite sure if you are awake or dreaming. This film, for me, in a darkened theater, provides the best kind of film-watching experience. Let the film wash over you. It's a liberating feeling. " 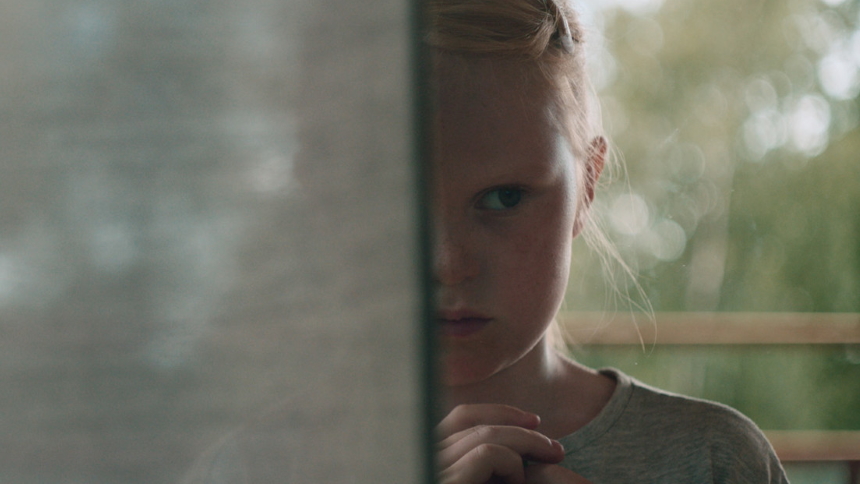 Norwegian filmmaker Eskin Vogt may have created one of the creepiest horror films in years, with this tale of neglected children who suddenly become dangerous when several of them appear to have developed superpowers.

Shelagh Rowan-Legg wrote the following in her review:

"With an eerie score, a drawing out of horrors to make us cringe and weep, and a keen eye to the perspective of children, Vogt gives The Innocents a firm footing in a reality that makes the horror that much more terrifying. You won't look at kids on the playground in the same way again." 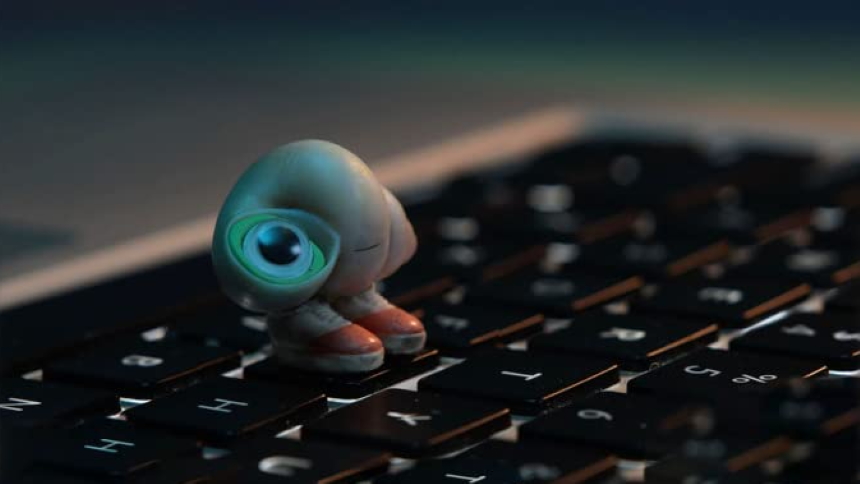 8: Marcel the Shell with Shoes on

One of the weirdest films in this list must be this one by Dean Fleischer-Camp. What appears to be a goofy joke is elevated to a great film by stellar execution and the proper handling of a very original idea. Our Managing Editor Peter Martin had this to say:

"Fleischer Camp directed with a lovely mixture of live-action faux documentary techniques and stop-motion animation that is utterly beguiling and, somehow, completely transfixing and entertaining. I laughed, I cried, I was glad to be alive to see Marcel the Shell With Shoes On with an audience as we shared the experience. It's good to be alive." 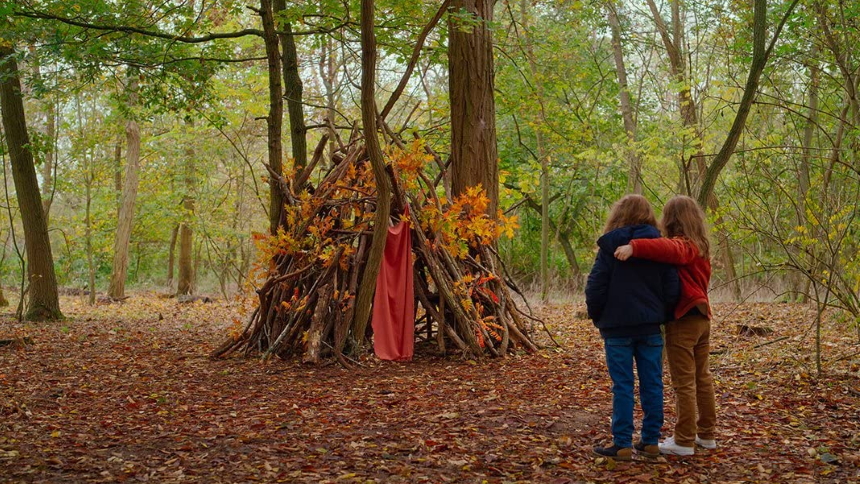 Céline Sciamma's new film is a small, short drama about a girl who meets her mother in the woods, but as a child of the same age. By all accounts it is excellent, and our Dustin Chang wrote this in his review:

"As always in her previous films, Sciamma has a gift of working with child actors. Her ability to connect and get affecting, naturalistic performances out of them has no parallels. I've never seen such affecting performances by a child/children since Jacques Doillon's Ponette. Guileless and astute in its observation of childhood, Petite Maman is a fairytale without fringes and definitely one of the most touching films of the year." 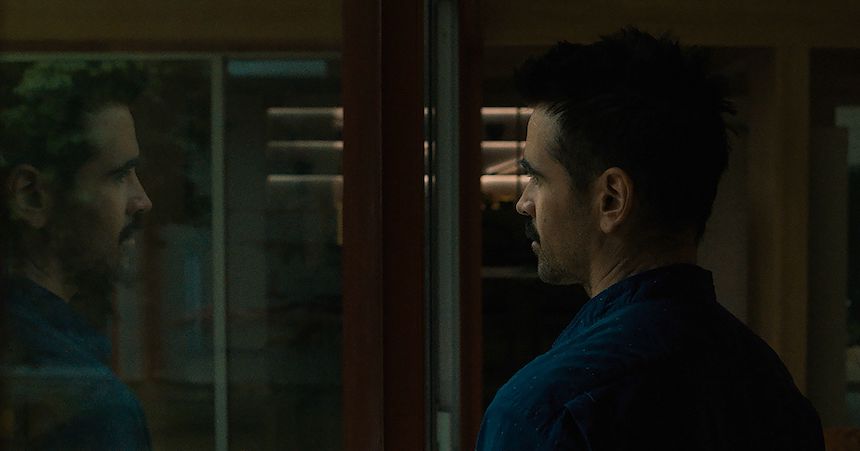 An intelligent science fiction drama which is not purely dystopic? Call a news site! ...Oh wait, we're already at one.

When Yang, a family's android, starts to break down, the father of the family tries to save the device as everyone has grown so attached to it. Sounds saccharine, but director Kogonada’s film is apparently not falling into that trap. As our Mel Valentin says:

"After Yang deserves all the superlatives and any of the accolades it ultimately receives. (It’s already received the 2022 Alfred P. Sloan Foundation Feature Film Prize from the Sundance Film Festival.) Not only does After Yang confirm Kogonada as one of the best filmmakers working today but also elevates him to the front rank of world-class filmmakers." 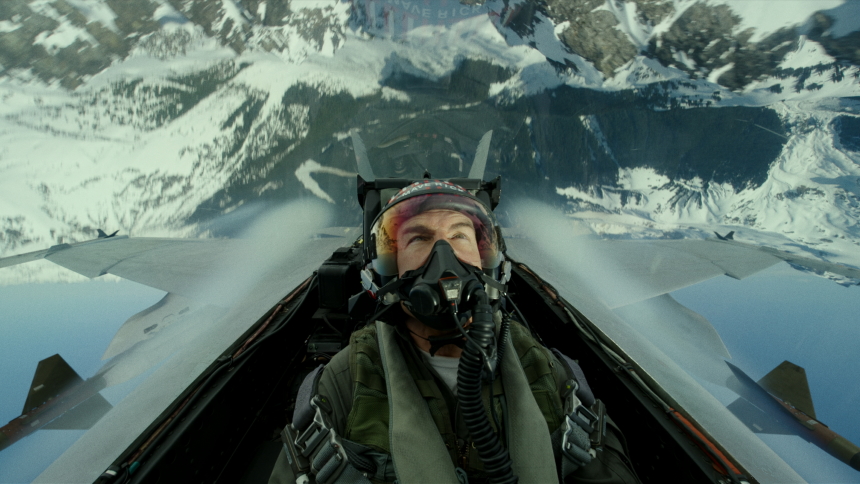 Can you create a decent sequel more than three decades after the original? Even if you're not Denis Villeneuve? Apparently, yes you can! Joseph Kosinski made an American crowdpleaser to satisfy anyone who can blot out international politics to have some fun. As our J. Hurtado says in his review:

"There’s no two ways about it, Maverick was made for the biggest, loudest theater you can find. The aerial stunts are magnificent and undeniably thrilling, the sound design and classic soundtrack will shake the pillars of heaven, and that’s something you just can’t experience without a massive screen enveloping you and putting the audience in the cockpit. Top Gun: Maverick is aces." 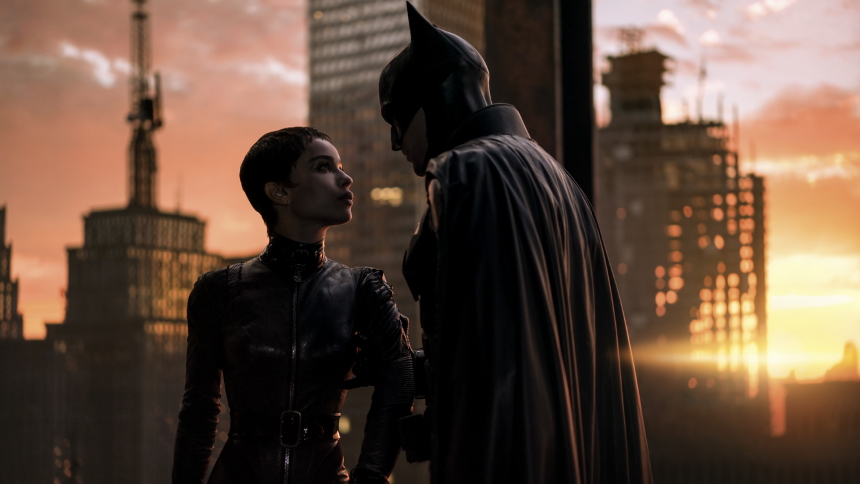 While I think few people thought we needed yet another new Batman film, we got one anyway courtesy of Matt Reeves, and thankfully it turned out to be good. As you can read in Mel Valentin's review: 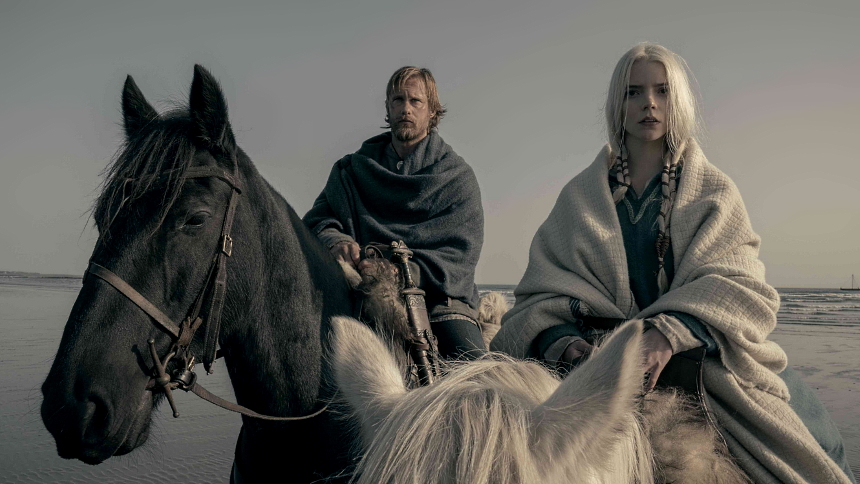 Robert Eggers films may be an acquired taste, but it's a taste which is savoured by several members of the ScreenAnarchy staff. His newest had us wondering: is it a Viking epic? A horror film? Arthouse psychedelia? and well... it's a bit of all, and most of it likeable. Andrew Mack had the following to say:

"The success of The Northman hangs on the difference between what Eggers finds really fascinating and what audiences who come into a movie about Vikings are expecting and what they’re being told to expect in promotions leading up to its release. Eggers is going to attempt to broaden your thinking on Viking culture, that it was more than longboats, sacking and pillaging, He does give you a bunch of that, but he has more in store for you. Whether you are receptive to this or not is up to you. "

True words, and you can find the entire review here. 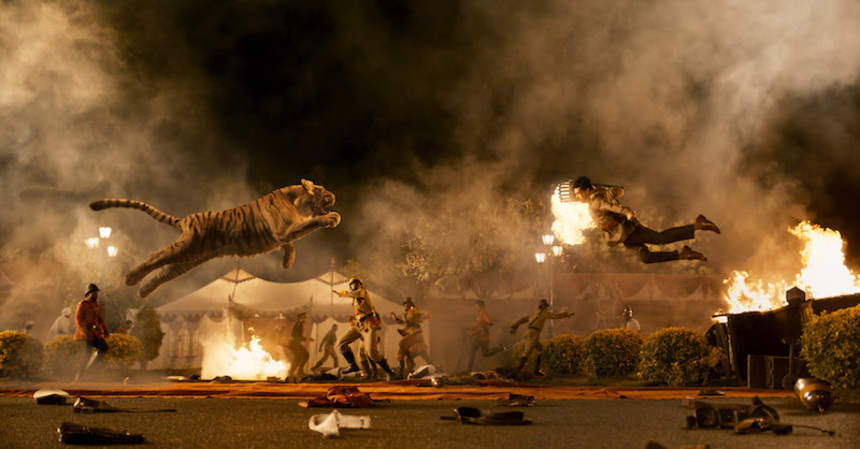 Can we get this one back in cinemas worldwide please? Feel free to keep it on Netflix too... but get it on big screens as well so we can see it? Or see it again?

Director S.S. Rajamouli is one of the finest visual craftsmen in the world, and as long as that world loves loud, big movies with ludicrous yet oh-so-entertaining action scenes, he will deliver. His newest, RRR (Rise, Roar, Revolt) is already a classic example. In it, India wants its independence and ehm... Ghandi this ain't. Can any film possibly be bigger than this?!!

Normally this is where I'd switch to a wildly positive review of J. Hurtado, but he didn't write one. Which I normally wouldn't forgive him for, but he spent that time for a noble cause: to get RRR into as many theaters as he can manage! That kinda speaks for itself then, doesn't it? 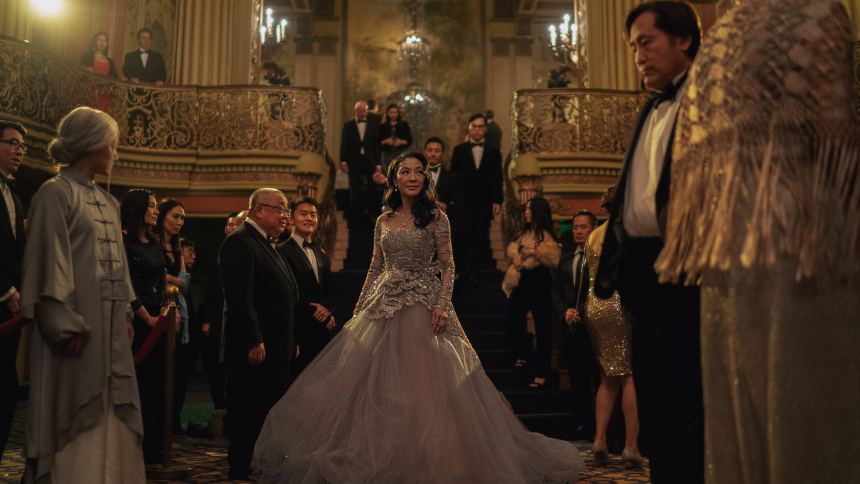 1: Everything, Everywhere, All at Once

There's one multiverse to rule them all, and surprise surprise, it's not the Marvel one. Calling the new film by directing duo Daniel Kwan and Daniel Scheinert successful is an understatement. Michelle Yeoh plays a woman who is told she has the power to jump into alternate universes and other versions of herself, and she has to fix... Everything, Everywhere, All at Once.

Our J. Hurtado said this in his review:

"Everything Everywhere All At Once is the rare film that works no matter what you’re looking for in it. Do you want a love story? It’s there. Do you want action? Oh boy, is it ever there. Do you want a science fiction film that runs the gamut from super high tech to nerds driving around in a janky ‘70s van? You’ve got it. A treatise on the impact of generational trauma and the need to let go? Yup. Just interested in a kick ass score? Son Lux has you covered. Wild camera work? Larkin Seiple really brings it. Jenny Slate being the most Jenny Slate she’s ever been? You’ve be Slated. Meta movie homages? Would you like Wong Kar Wai or Ratatouille? You get both. It’s truly a feast, the kind that leaves you almost too stuffed to stand up from the table, but still reaching for that last bite. It’s incredible. Do yourself a favor, experience Everything Everywhere All At Once, you’ll come out happier than you went in."

Isn't that just the highest recommendation possible? This film is our current number one by an incredibly large margin. Will still be on top at the end of December? Time will tell... 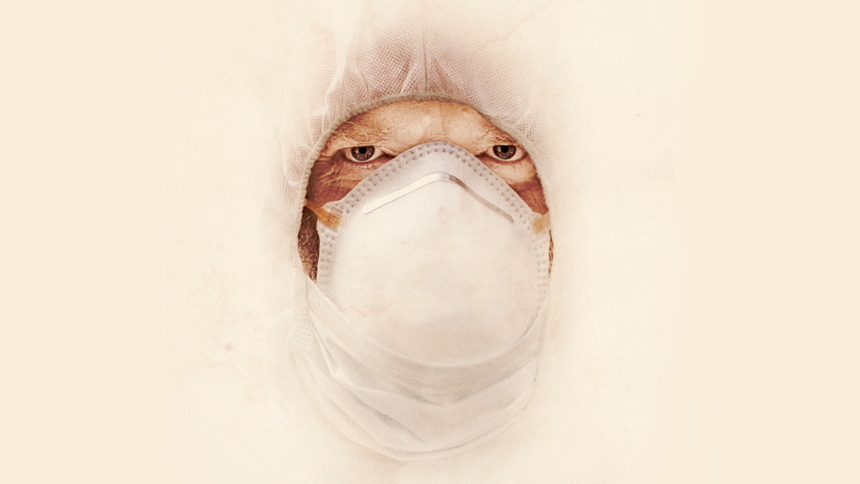 After Yang
Apollo 10 1/2
Benedetta
Choose or Die
Compartment No. 6
Crimes of the Future
Dawn Breaks Behind the Eyes
Doctor Strange in the Multiverse of Madness
Dual
El Gran Movimiento  Everything Everywhere All At Once
Freaks Out
Fresh
Geographies of Solitude
Good Luck to You, Leo Grande
Hannah Ha Ha
Happening
Hatching
Huesera
Jackass Forever
Kimi
Licorice Pizza
Marcel the Shell with Shoes on
Master
Memoria
Navalny
Painted Skin
Petite Maman
RRR
Soft & Quiet
Sundown
The Batman
The Girl and the Spider
The Girl from the Other Side
The House
The Innocents
The Midnight Maiden War
The Northman
The Revelation (pictured above)
The Spine of Night
Top Gun: Maverick
Turning Red
Vortex
Watcher
We're All Going to the World's Fair
You Won't Be Alone