Best of 2022: EVERYTHING EVERYWHERE ALL AT ONCE Tops DFW Critics List 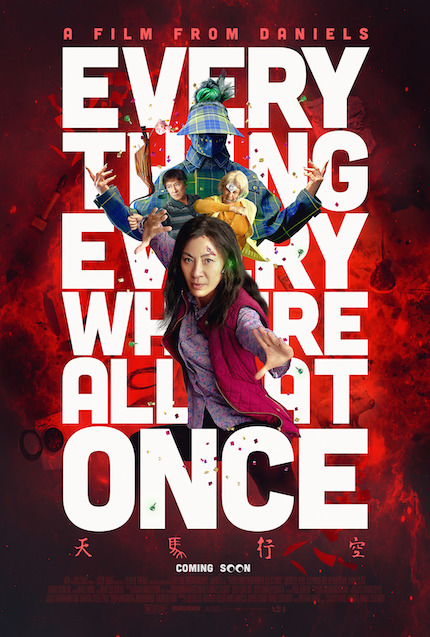 "The rare film that works no matter what you're looking for in it," according to our own J. Hurtado in his SXSW review earlier this year, Everything Everywhere All At Once has now been named Best Film of 2022 by the Dallas-Fort Worth Film Critics Association (DFW Critics), of which I am a proud member.

As Mr. Hurtado wrote way back in March, "It's truly a feast, the kind that leaves you almost too stuffed to stand up from the table, but still reaching for that last bite. It's incredible." In the months since then, hundreds of movies have been released in the Dallas-Fort Worth Metroplex, which is quite representative as to which films open in movie theaters outside the major cinema centers of New York and Los Angeles, and my fellow local critics agreed on an action-adventure that is, yes, kinda mind-blowing in the complexity of its imagery and the audacity of its storytelling.

As you might expect, Daniel Kwan and Daniel Scheinert shared the Best Director prize for Everything Everywhere All At Once, while Decision to Leave won as Best Foreign Language Film, Good Night Oppy as Best Documentary, and Guillermo del Toro's Pinocchio as Best Animated Film.

The wonderful EO, which I love, won the Russell Smith Award for "best low-budget or cutting-edge independent film." The complete list is below. And please note that Screen Anarchy will be publishing our own Top 10 on January 2, 2023.

BEST SCREENPLAY
Winner: Martin McDonagh, THE BANSHEES OF INISHERIN
Runner-up: Daniel Kwan and Daniel Scheinert, EVERYTHING EVERYWHERE ALL AT ONCE

More about The Banshees of Inisherin