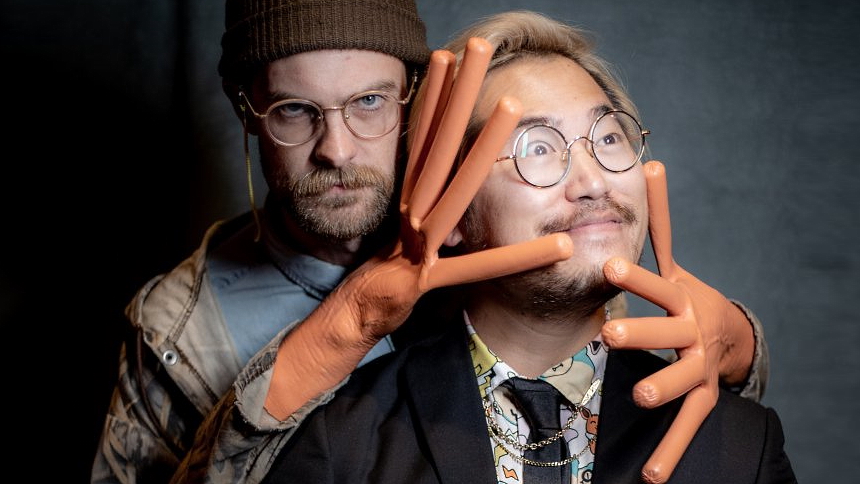 In the article series Sound and Vision we take a look at music videos from notable directors. This week we look at several different music videos directed by the director's duo Daniels.

We are today talking about Daniels, the directors duo (consisting of Daniel Kwan and Daniel Scheinert) that recently ranked at number 2 in ScreenAnarchy's Best of 2022 List with Everything Everywhere All At Once. First things first: it is hard to ignore their music video for Turn Down For What by DJ Snake and Lil Jon. After all, the amazingly weird and off-kilter video, in which a horned-up man played by Daniel Kwan himself destroys things with his dick, has become somewhat of a meme. So much so that it even spurred an excellent video of Michelle Yeoh reacting to the music video on the set of Everything Everywhere All At Once. There is something to be said for the notion that the video for Turn Down For What is very much the best preparation for Everything Everywhere All At Once. As my best friend said, when I showed them the video a few days before they watched the film: "I don't think I would've been ready for the film if I hadn't seen the video". It is not the first time that a music video of Daniels prepared the way for a project. See for instance their video for Foster The People's Houdini, which feels like an early version of Swiss Army Man, in that both are about propped up dead bodies being used for all sorts of shenanigans.

But for the pick of the week I want to highlight a trio of music videos that feel like a true testrun for Everything Everywhere All At Once. Their music video for Manchester Orchestra's Simple Math, made very early in their career, already shows their seamless blending of timelines and knack for absurd imagery to anchor the time-skips. Here we see a man having flashbacks to his youth during a car crash, but elements from the car crash keep popping up in the flashbacks. For instance, his father gets hit and turns into a big inflatable airbag. It is the sort of inspired lunacy that feels very much of a kind with EEAAO.

Simple Song, by The Shins, also has a video that effortlessly skips between time-lines, and even different sorts of film stock (half of it seemingly being shot on a crappy VHS camera). The story here is one of people destroying their house in the wake of a treasure hunt for a deed after their father has passed, but stumbling into sad and happy memories instead. The whole notion of familial trauma and the past choices that haunt us or delight us might ring familiar to those who saw the films Daniels made later.

Cry Like A Ghost, at long last, by Passion Pit, also uses the now familiar seamless blend of different time-lines, to what I think is their most impressive effect. In the video a woman is skipping between relationships that are clearly not that fulfilling for her, eventually being emotionally torn apart by them. The rudderless existence is shown exquisitely by focusing exclusively on her, while the world around her keeps evolving and dissolving into other places, times and spaces. It is almost as if the notion of one person being the one that tethers the whole universe, as seen in EEAAO, is born from this video. Again, the highest recommendation to watch, even though all Daniels' music videos are worth the effort of looking up. And they are kinda essential to watch if you want to see what makes them tick, as they feel very much cut from the same cloth as the films they made.