After confirming that Puebla, Mexico is their new home, Mórbido has now unleashed the first wave of programming for its upcoming seventh edition (November 13-16). 18 international films and five Mexican titles have been confirmed, and it's a really exciting lineup.

Mórbido will present in Mexico the latest movies by such ScreenAnarchy favorites as Adrián García Bogliano (Late Phases), Ernesto Díaz Espinoza (Redeemer), Daniel De la Vega (Necrophobia 3D), and Nikolas List (Tombville). Also, the highly acclaimed documentary Jodorowsky's Dune will finally arrive to the country, together with two other films that were produced as well by Snowfort Pictures (American Muscle and Starry Eyes). This adds to the previously announced highlight of the fest: the Mexican premiere of Jaume Balagueró's [REC]4: Apocalypse.

The festival is also hosting the first official screenings in Mexico of both The Incident and México Bárbaro. The Incident was extremely well received at Fantastic Fest, while the horror anthology México Bárbaro had a successful world premiere at Sitges. It's time to see how they play in their country of origin.

Meanwhile, check out the complete first wave of films here: 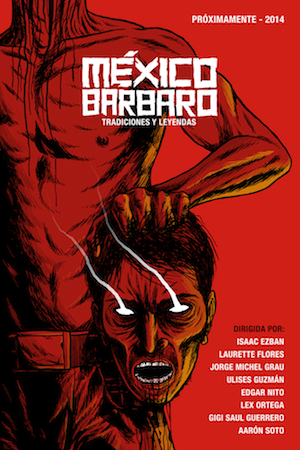