Fantastic cinema aficionados started to notice Edgar Nito back in 2014, when the young Mexican director made one of the segments of the horror anthology México Bárbaro. A year later, his short film Masacre en San José quickly took him to other territories, as it was based on the true story of Don Alejo, a man who in 2010 defended his ranch to the death from several members of organized crime.

Evidently, Nito is interested in portraying the violent reality of Mexico. In that tenor, his first feature-length film, The Gasoline Thieves (aka Huachicolero), explores one of the most notorious criminal activities in recent memory: the so-called huachicol, or fuel theft.

Nito comes from Irapuato, Guanajuato, the Mexican town with more clandestine taps used for gasoline theft, so he has known about this subject for some years, obviously since before Mexico’s President Andrés Manuel López Obrador declared "war" on the huachicol. After the shortage of gasoline and a tragedy like the explosion of a pipeline in Tlahuelilpan, Hidalgo (where around 135 persons were killed in early 2019), Nito's debut film looks now more relevant than ever.

Presenting a fictional story in a real context – a teenager from Guanajuato (played by Eduardo Banda) gets involved in the huachicol to earn money and the love of a girl (Regina Reynoso) – The Gasoline Thieves will have its world premiere tomorrow, April 25, at the prestigious Tribeca Film Festival (as part of the International Narrative Competition). Before leaving for New York City, Nito talked with ScreenAnarchy.

ScreenAnarchy: We noticed since your earlier work, like MASACRE EN SAN JOSÉ, that you had a concern for exploring social issues. Now THE GASOLINE THIEVES is about fuel theft, so why are you interested in capturing Mexico’s reality?

Edgar Nito: I’m not sure if, as an artist, you have the obligation, but it would be very difficult to close your eyes and not see and talk about what’s going on around you. I like to talk about what’s happening in my country, though I haven’t done that in each and every one of my works, but I grew up watching violent cinema, movies with dark stories about human beings. That’s the type of cinema I still like to watch. 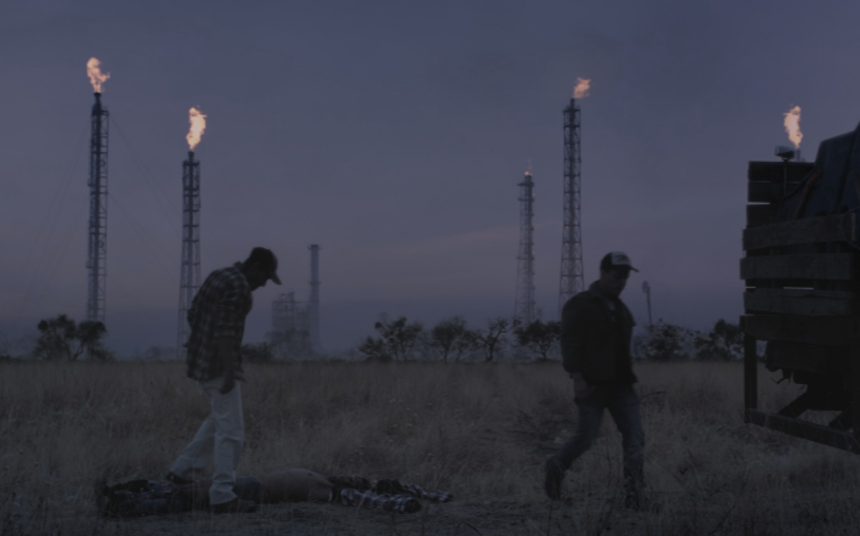 When I decide to develop a story, I usually look at my own context to find which are the Mexican characters that I want to take to the big screen. This time, I came across fuel theft in 2015. It was very close to me, because I’m from Irapuato and I usually go there. The Salamanca refinery is quite close, about 15 minutes from my town, so the huachicol was something that everybody from that area was talking about at that time. I didn't hear about it elsewhere, then in 2017 the Red Triangle in Puebla made the news, but by that time we had already finished the movie. I was inspired by what’s going on in the place where I grew up and from that, we created this fictional story.

From what we can watch in the first [unofficial] teaser, THE GASOLINE THIEVES looks like a combination of genres. A coming-of-age film about a teenage boy who gets involved in the illegal huachicol business, but also a love story because he seeks the money for a girl. There's also a paternal figure who gets worried about him. So in general, how would you describe the movie in the sense that it combines different genres and elements?

The analysis is correct. It’s, indeed, a mixture of genres, a drama with thriller vibes and violence in general. It’s not a classic drama nor a straight thriller. We didn’t start developing the film by thinking in the genre, we just started writing and the way to execute it came later. I would say it’s a story of frustrated love, set in the context of illegal gasoline extraction. 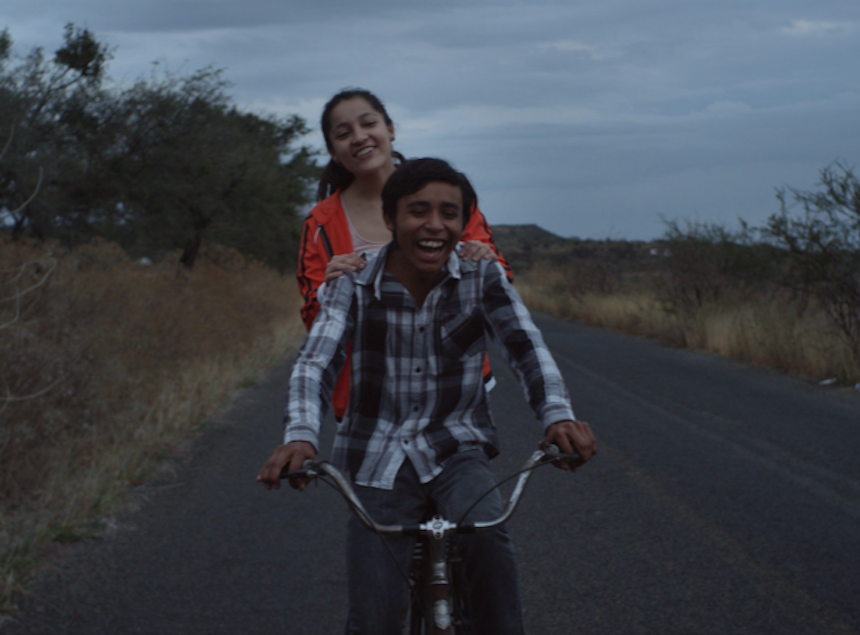 Many people might think that a movie like this one is opportunistic, as it’s premiering only months after the conflict became widely-known and the terrible explosion happened. How do you take this?

It’s not a coincidence that a movie about huachicol exists right now. I’ve been thinking about this lately and if it wasn’t me, somebody else would have made it. Just like I heard about this story years ago, I’m sure people in Puebla and Tamaulipas were hearing about it and maybe some of them were thinking in doing not a movie but something else based on the subject.

At the same time, the conflicts started to get out of control and the government decided to declare war on huachicol. Its scope includes society and the problem manifests itself in artistic efforts, in this case a movie. We started long time ago and the film was ready to premiere since mid-2018, but some of the foreign producers wanted it to release it as an international production. They wanted to wait for the best moment, for a major festival, to present it as what it is: an international co-production [between Mexico, the US, the UK and Spain]. We were able to do that until now and, like you said, some people think we make the film out of nowhere, but we’ve been working very hard on it at least for three years.

This is an independent movie, made with few resources, but with the love of many people who supported us: the crew, the actors, the people who provided locations, even my own mother who allowed us to stay at her place! Making movies this way takes more time, you don’t have the money to finish it quickly, so the process was extended until now. It was a coincidence that this huachicol war was declared and then we became part of Tribeca. But it’s not like I can change Tribeca’s dates! It’s merely a coincidence, but for me it’s nevertheless logical because the huachicol is something that’s permeating society in many ways. 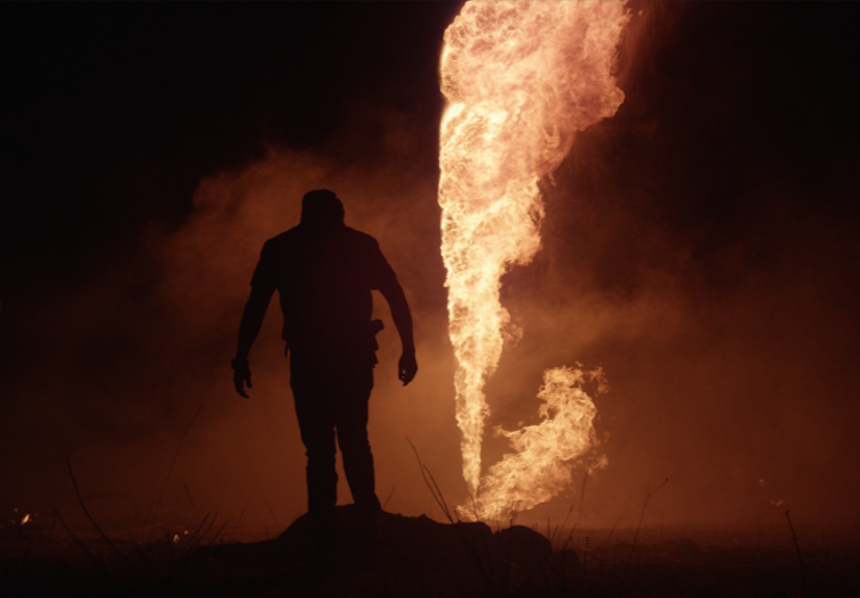 I don’t think movies must provide a message or that filmmakers should be worried to judge their characters morally. It’s just about reflecting a story and a context. In that sense, and now that people will start watching THE GASOLINE THIEVES, what do you want them to take from your film?

Just like you said, a moral lesson isn’t something necessary. But when you’re writing a story, you try to look at the complexity of the character. In that universe, just like in real life, you get what you deserve; nobody gets away with everything always as the universe makes you pay somehow.

What am I expecting? At the time when we filmed it, I wanted to make people know about the huachichol, but right now that’s clearly not what we expect [laughs]. Now we want the film to be seen and that people can find a different point of view outside of the news, in an artistic way. More than having a political opinion, my idea is to portray with the basis of drama a little of what we are living as Mexicans. It’s something that we shouldn’t hide.

Do you feel this content is inappropriate or infringes upon your rights? Click here to report it, or see our DMCA policy.
Edgar NitoHuachicoleroMasacre en San JoséMexican CinemaMéxico BárbaroThe Gasoline ThievesTribeca 2019Tribeca Film Festival