2014: A Dark And Personal Year At The Movies

Back in 1983, veteran screenwriter William Goldman was writing about the inability of anyone in Hollywood to know how a movie would fare with the public. (His book, Adventures in the Screen Trade, continues: "Not one person in the entire motion picture field knows for a certainty what's going to work.")

More than 30 years later, that adage still rings true, whether in Hollywood or anywhere else in the world. Nobody knew, for example, if a found-footage zombie movie set in an apartment building in Barcelona would work until [REC] was unleashed in 2007. Nobody knew, to cite a more recent example, if a black-humored thriller about two desperate men taking increasingly more diabolical dares for money would work until Cheap Thrills burst out of nowhere in 2013. 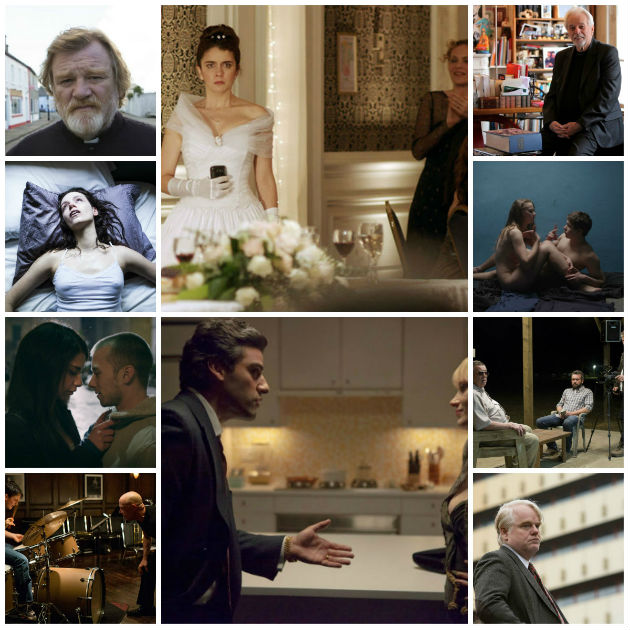 But as 2014 progressed, I found myself increasingly distanced from Hollywood product, which is my primary focus of coverage for this and other outlets. Maybe it's just that my tolerance for movies as events has steadily evaporated over the years and just happened to empty entirely at the end of summer, when I was exhausted of hearing critical praise heaped upon two well-made, yet only slightly above-average movies about apes and galactic guardians, respectively, and then realized that a long run of below-average found-footage flicks and wretched romantic comedies had further fouled the waters for me.

So this fall I drew greater comfort than normal from independent movies, whatever their country of origin, and took full advantage of opportunities to attend Fantastic Fest and the Morbido Film Fest, two events that renewed my spirit of appreciation for dark and personal visions, and the people who bring them to life -- the filmmakers and the performers -- and the people who make them known -- the filmmakers and performers, again, but also festival programmers, publicists, theatre workers, and, yes, writers at sites like this one.

Eventually, I came to the realization that 2014 has been a very dark year for me personally, which is probably why empty-headed, mass-market blockbusters and movies that pretend to be made by amateurs didn't come close to hitting the mark. Who knows what the new year will bring?

For now, I treasure the movies that carved themselves into my memory. 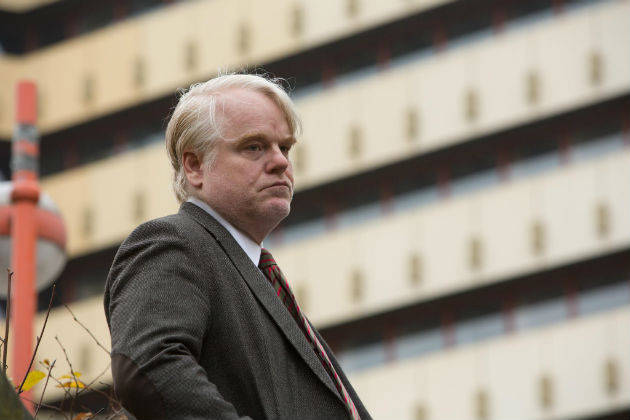 An extraordinary, extremely dark and stinging drama, directed by Anton Corbijn. Philip Seymour Hoffman stars as the head of a secret unit in Germany. He is intelligent and weathered, grim and sanguine, yet still desirous of doing the right thing.

As guarded as he is, though, the possibility of hope still dances through his head and heart, which means he sincerely wants to help a Middle Eastern man who has become the most wanted target in sight. Thus, the potential dangers multiply rapidly and exponentially. 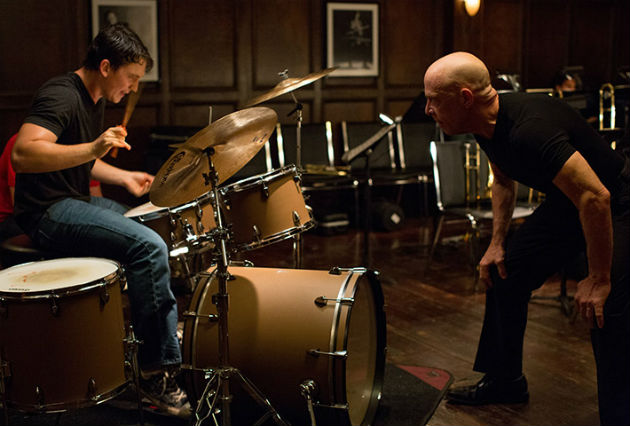 Writer/director Damien Chazelle creates a percussion-soaked environment in which young drummer Miles Teller is driven to succeed, to become, not just good, but one of the best. He faces stiff opposition in the person of J.K. Simmons, a rigid, rigorous, ramrod-straight teacher and conductor who demands perfection.

Simmons gives an electrifying performance, and the movie snaps and pops in every measure. 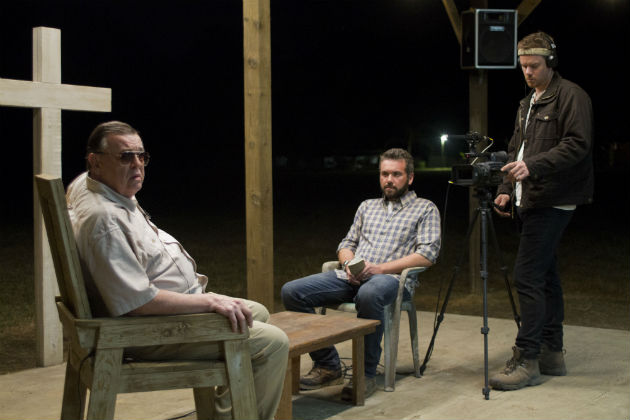 The Jonestown Massacre left a mark on my young psyche in 1978, the horror of more than 900 people dying under the leadership of a religious zealot remaining incomprehensible as I read the newspaper accounts and watched TV reports.

So I was quite skeptical about Ti West's approach to a similar, updated, fictionalized scenario, even after seeing the first 35 minutes at Fantastic Fest in 2013 (a technical hiccup interrupted the screening). But I was wrong.

Watching it in its entirety allowed me to appreciate the understated, spot-on performances by A.J. Bowen, Joe Swanberg, and Gene Jones, the latter playing a scary monster if ever there was one. And I felt that writer/director West and his cast and crew captured the true horror of the situation in a manner that affected me profoundly. 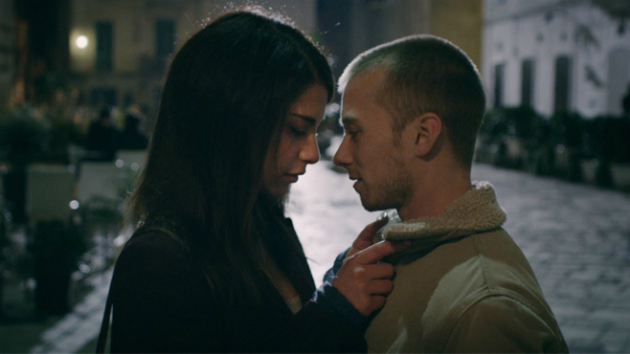 Having not seen Resolution, the highly-touted debut of filmmakers Justin Benson and Aaron Moorehead, beforehand, I had no idea what to expect from their second feature, and admittedly grew a bit impatient with the set-up, as Lou Taylor Pucci ends up in Europe at loose ends.

That all changed when he meets Nadia Hilker, who practically has a neon "danger" sign blinking on her forehead. Nonetheless, the movie quickly becomes a gripping ride, careering toward a cliff with no escape in view. 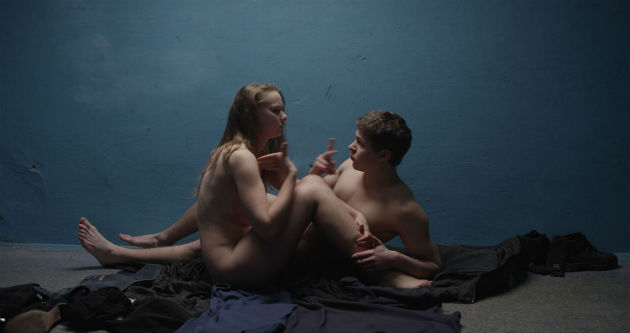 What sounds like a gimmick -- a movie set at a boarding school for deaf students -- soon reveals itself to be a disturbing movie about deeply-troubled teenagers who just happen to be deaf. The absence of subtitles is, at first, frustrating, yet it's gradually overcome by the bristling emotions that flood the screen as the angry young people express their discontent with each other and with life. 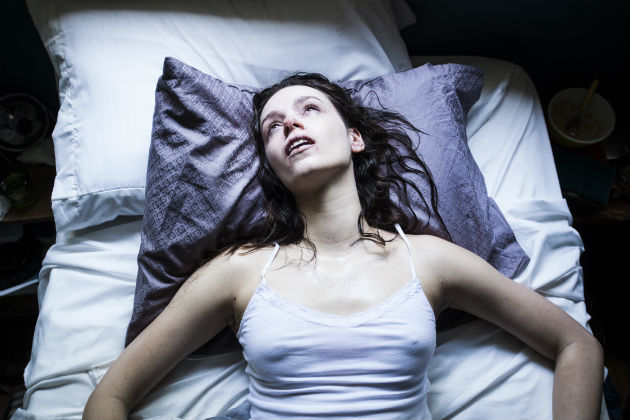 Initially, it appears to be the old story of a sweet young thing (Alexandra Essoe) who becomes ever more desperate and disillusioned by Hollywood as she attempts to "make it."

Kevin Kolsch and Dennis Widmyer, who wrote and directed, then yank the floor out with a startling scene that reveals the inner life of a woman who was propelled toward the prospect of stardom by her own personal demons. It's frightening and disconcerting and mesmerizing, and always, right to the very last moment, heartbreakingly poignant. 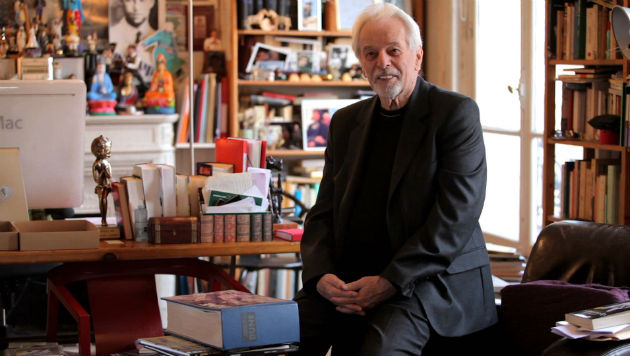 Frank Pavich's documentary about the attempt by Alejandro Jodorowsky in the mid-1970s to adapt Frank Herbert's science-fiction novel is brilliantly told, a story of madness and passion. Jodorowsky remains an enthralling storyteller, a magnetic, charged-up presence as he describes visionary plans.

His commentary is weaved by Pavich into an unforgettable tapestry, filled with eyewitness testimony by collaborators, critical insight provided by the likes of Richard Stanley and Devin Faraci, and, best of all, Jodorowsky's marvelous, encyclopedia-like book, an artistic guide to what would have been.

On a personal note, the film feels like the fulfillment of a fantasy. Because sometime before the original movie fell apart, on a warm Saturday afternoon, me and a friend rode our bicycles (or, more likely, rode the bus) from deep in the San Fernando Valley to A Change of Hobbit, a great bookstore in Westwood, California, devoted to science fiction, so we could get our Science Fiction Book Club hardcover copies of Dune signed by Frank Herbert.

And I remember Mr. Herbert, a bearded, friendly man, sitting in one of the comfortable easy chairs in the bookstore, surrounded by admirers after everyone had their books autographed, chatting about ... whatever. The only subject I remember, specifically, as we sat at his feet encircling him, was when someone asked about a movie version of his book. And he beamed. He said Alejandro Jodorowsky was going to make a movie of it. And for those of us who had no idea who that was -- I only had a vague notion of midnight movies -- he talked about this "madman" and his pictures. He had no idea what Jodorowsky would make of it, but he couldn't wait to find out, and he made me anxious to see it too. And then I heard nothing more about it for many years.

And now, finally, I feel like I got more than a glimpse at what might have been. It might have been a disaster, or a masterpiece, or something in between. And Mr. Herbert might have hated how far away from the book Jodorowsky was planning to go. But it would have been an utterly unique film, and I wish I could have seen it.

It is the last day on Earth for Father James (Brendan Gleeson), a priest in an Irish village where everyone knows everyone else. He has every reason to believe that a threat of murder, spit at him in his confessional, will be carried out; he cannot deny the sins of his Church, nor the validity of the anger felt by those who bristle at his mere presence.

He can only carry out his own duties, as best he can, and shoulder his own, weighty burdens. Gleeson's magnificently textured performance is matched by John Michael McDonagh's original screenplay and masterful direction. 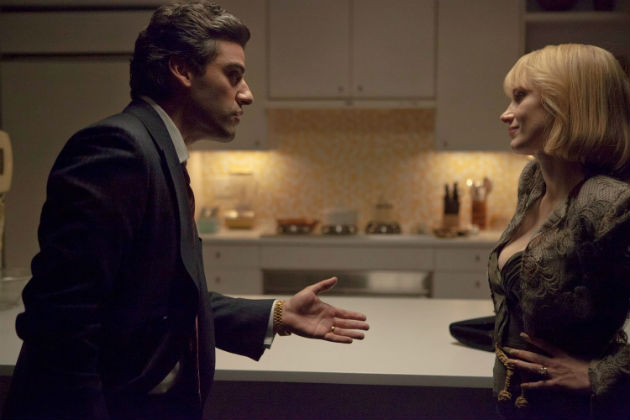 2. A Most Violent Year

As it happens, I paid my first visit to New York City in the fall of 1981, a month-long sojourn that laid the groundwork for moving there from Los Angeles in the summer of 1984.

So, sure, a personal connection makes the setting of J.C. Chandor's third film more meaningful for me -- the story begins early in 1981 in New York City -- but it's also that he keeps improving as a writer and director, this time creating several strong characters who are fighting -- or embracing -- their own criminal inclinations. (He previously made Margin Call and All Is Lost, two excellent yet highly different films.)

Painting on a larger canvas gives Chandor more room to flesh out his portrait of a city at a crossroads; it's a movie composed almost entirely of minor chords, and those are my favorite kind. 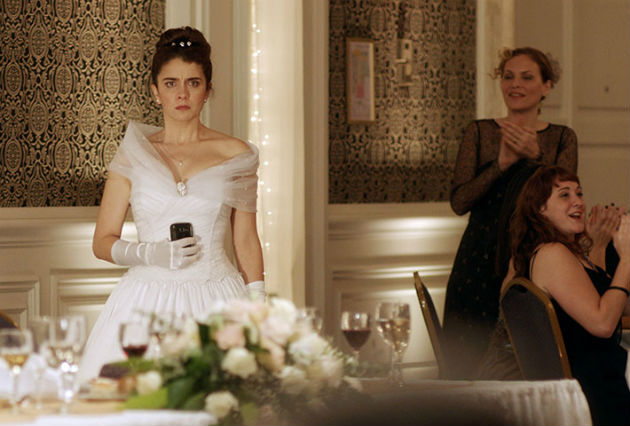 Maybe if I didn't go to Mexico for the first time in my adult life (albeit only for a long weekend), reawakening dormant elements of my brain (and my half-Mexican heritage), Damián Szifrón's kinetic assemblage of modern frustrations would not have meant so much to me, but I'd like to think that the themes and, especially, the execution and emotions are universal.

Set largely in and around Buenos Aires, Argentina, the six individual segments begin with incidents that are commonplace, and then escalate steadily into bizarre, breath-taking, fantastic, wild encounters that stirred me on a molecular level. It's incredible, and I can't wait to watch it again… just as soon as I get medical clearance to do so. 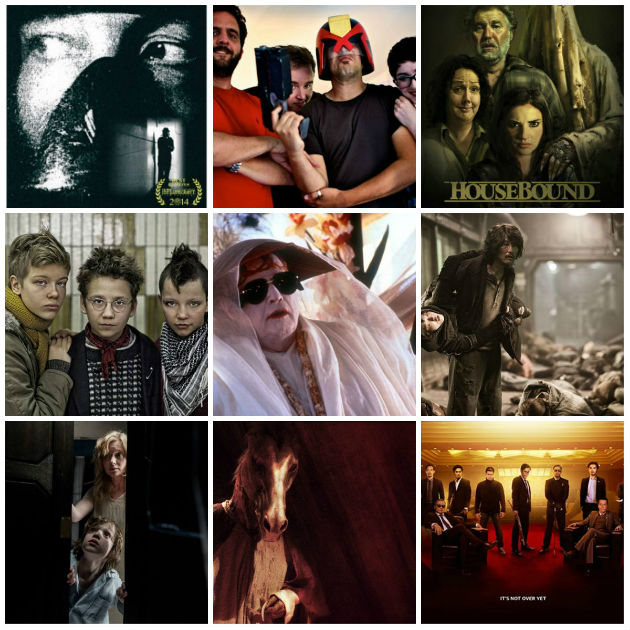 Just to give a broader picture of my favorites from the past year, here are 15 above-average movies that jostled for a place at the top of my list. It's a very thin line separating them in quality, so they're listed alphabetically.

Inherent Vice
Lost Soul: The Doomed Journey of Richard Stanley's Island of Dr. Moreau
The Raid 2
Snowpiercer
We Are the Best!

Reviews and other coverage for nearly all of these fine films can be found on our site by using our handy-dandy "Search" field in the upper part of the right-hand column.

More about A Most Violent Year