Ard Vijn
Editor, Europe; Rotterdam, The Netherlands (@ardvark23)
Tweet Post Submit
When we discussed the "Best of 2014" lists here at ScreenAnarchy, the first thing I asked was: "Can I do mine in February or March, please?".

I'm so hopelessly behind on 2014's theatrical releases that it isn't even funny. Yes, I caught some of the big releases. Yes, I went to three of the best Dutch film festivals and had a hell of a time at each of them. But life in 2014 conspired to keep me mostly out of the art-house theaters. I saw most of what I desperately wanted to see, but most of what was "just" recommended to me I managed to miss out on.

I'll catch up though. My home-system is now easily beating most Dutch arthouse cinemas of a mere twenty years ago in quality, and far beyond what I, as a teenager, dreamed I could possibly ever own one day. And legally owning films has never ever been this cheap, nor has the home-release waiting time for most titles ever been shorter.

So I do not feel comfortable posting a top-10 this very moment, although I did contribute to the main ScreenAnarchy event a few weeks ago. But what does 2014 mean to me then, at this moment, film-wise? How do I remember this year?
Therefore I have decided to make a general list of personal highlights. Some items in it are films, some are events. Not all are top-moments, but these are the dozen recollections that defined 2014 for me.

Browse through them (they're in no particular order...), and feel free to discuss! 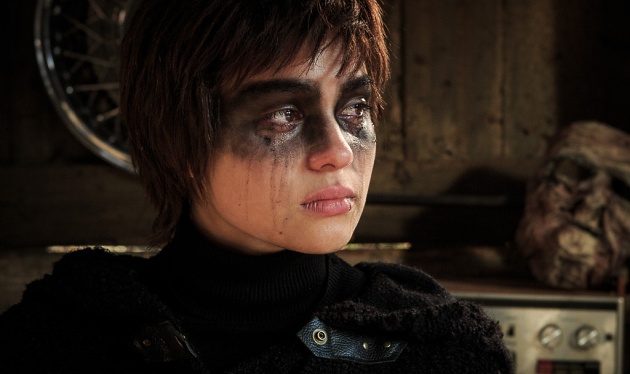 Jeff Barnaby's debut film Rhymes For Young Ghouls has been much lauded at this site: Jason Gorber even called it "an absolute must-see", and rightly so.

As a thriller which casts some much-needed light on the evil history of Canada's residential schools, the film should already be interesting enough. But the story introduces Aila, played fantastically by Kawennáhere Devery Jacobs, and she turned out to be the single protagonist I cheered for the most in 2014.

When Rhymes For Young Ghouls played at the International Film Festival Rotterdam, Jeff Barnaby said Kawennáhere Devery Jacobs did all her own stunts as a true tomboy trooper. Well, after seeing Rhymes For Young Ghouls I'd already pay just to watch her read a phonebook. She's a standout talent, and I hope we'll be seeing her a lot more often in the future. 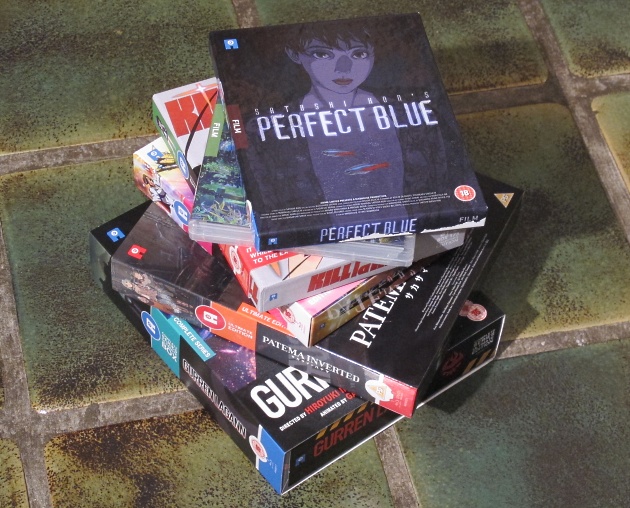 The rise of Anime Ltd.:

Seeming for a while to be "the little distributor that could", Scottish company Anime Limited managed quite a surprising feat at the tail end of 2013, by releasing the first legal English-friendly Blu-ray of Satoshi Kon's Perfect Blue in existence worldwide. As it turned out, it was a perfect bit of foreboding about what the company would be up to in 2014.

Ambitious in its goals and uncommonly candid about its hiccoughs, Anime Ltd. evolving has been a joy to follow, and their releases defy what other distributors call a non-existing market. Catering to collectors, daring to bring high quality for a higher price, using Kickstarter to find footing where none was supposed to exist, doing their utmost to include books and soundtrack CDs... as a European non-French collector of anime, I can only say WELCOME! 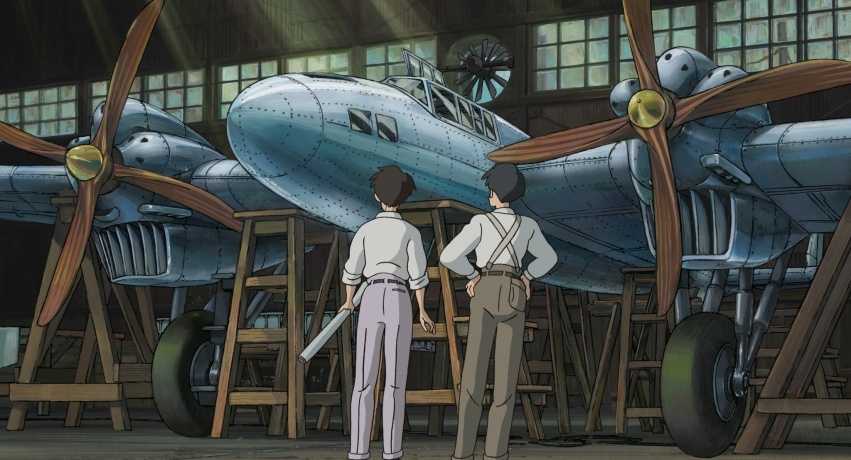 One of the best directors currently alive, venerable anime legend Miyazaki Hayao famously retired from feature film making after finishing The Wind Rises. And what a note to end on...

In this, his final film (at least until he gets restless...), Miyazaki Hayao reflects on the sheer nature of artistry, and the price people allow themselves to pay to reach the full extent of their talent. Miyazaki has always struggled for better working conditions for people in the animation industry, but at the same time has always expressed admiration for those who overstepped those same conditions, sacrificing their health, safety and sanity to achieve excellence. And never have his views on work ethics been more clearly expressed than in The Wind Rises. 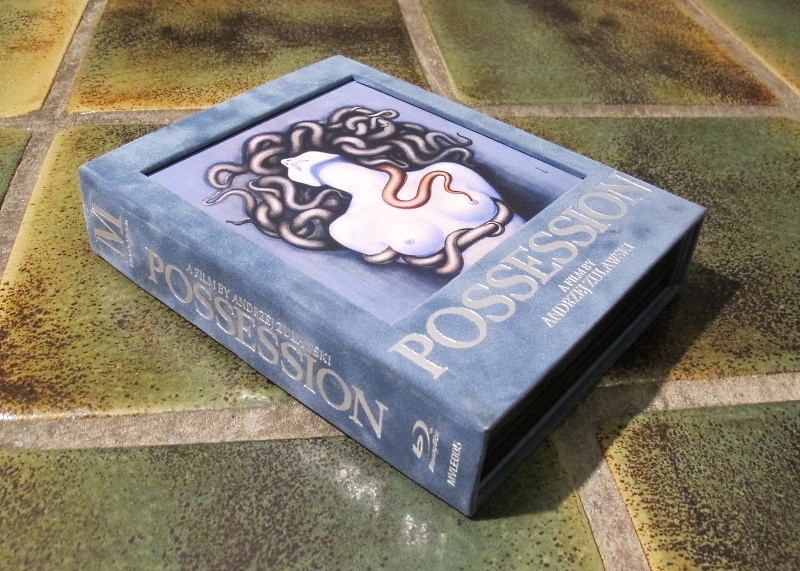 And the prettiest packaged is...:

Criterion, Eureka Masters of Cinema, and Arrow continued to bring the bling on some of the finest films ever made, and even in Korea we saw the ancient art of DVD-pimping being revived.

But for me, the winner in 2014 was Mondo Vision, with their excellent release of Andrzej Zulawski's Possession. Mondo Vision doesn't release many titles, but they lavish uncommon love and care to the ones they do make. This release is a veritable museum for the film it contains, and as gaudily packaged as a gothic brothel.

Check it out in detail here (link). 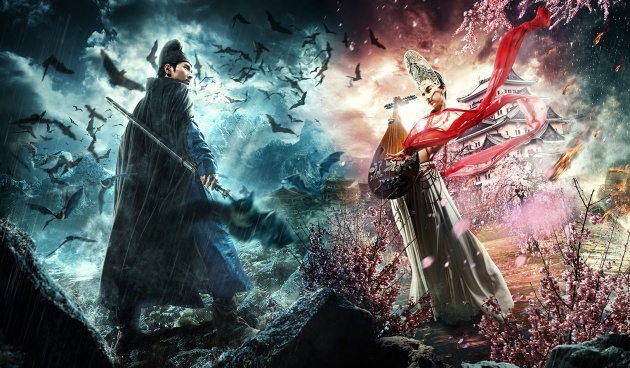 Heroes, princesses and monsters straight out of Final Fantasy:

Silly beyond belief, but entertaining beyond reproach, the most giddy fun I had in a cinema was during a 3D screening of Tsui Hark's Young Detective Dee: Rise of the Sea Dragon. I've always kept a good relationship with my 12-year-old inner self, and a good thing it is too as he nearly burst out of my chest during this film.

Tsui Hark believes in over-the-moon rather than over-the-top, and combined with his extremely playful use of 3D technology, his film just brought me back to the matinee days as a youngster, and the fake wonder of seeing a Ray Harryhausen film for the first time.
You can read my review here (link).

In 2014, Takahata Isao's latest film arrived in Dutch cinemas, and what a treat it was. Using Japan's most popular fairy-tale, Takahata manages once again to open up your heart and poke around inside a bit. His The Tale of Princess Kaguya is a work of exquisite beauty, and masterfully executed.

The best film I saw in 2014 perhaps? Quite possibly, it was.
Check out Christopher's review here (link).

Over the past few years I have often hailed Siren Visual for their daring releases, but this one took the cake this year: at full price, they released Urasawa Naoki's Monster, a ten-year-old anime which had had a unfinished launch in the United Stated once upon a time, but had never gotten a full English-friendly release anywhere.

Siren Visual went the full Monty though, releasing all 74 episodes divided over five DVD boxsets. While barebones and with outdated video quality, this great series kept me and my wife riveted in our seats. Without a doubt this is one of the best single stories told in anime, a haunting moral thriller which grabs and doesn't pull punches. From January till June, 2014 was defined by either watching Monster, or avidly waiting for the next boxset to arrive...

You can check my review(s) here (link). 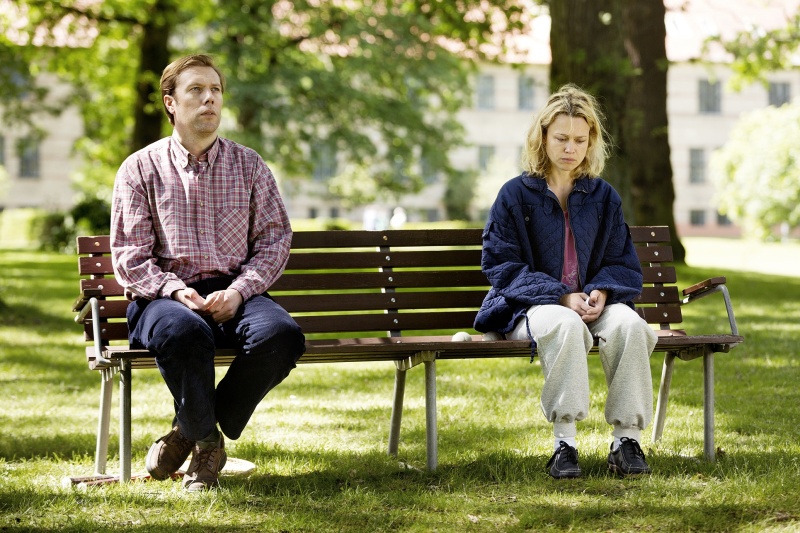 I do not often tend to cry in cinemas. This has less to do with me being a tough-as-nails bastard, and more with me generally avoiding intentionally sentimental films like the plague.

But extremely good word of mouth pulled me into a screening of Nils Malmros' Sorrow and Joy during the International Film Festival Rotterdam, and boy, did I go through the wringer. A film about a couple trying to get on with life after the mother has killed a small child during a psychotic fit, it made me cry often and much. But, and this is extraordinary, after every cold emotional slamdunk it managed to pull me back up again.

You can read more about the film here in my review (link). 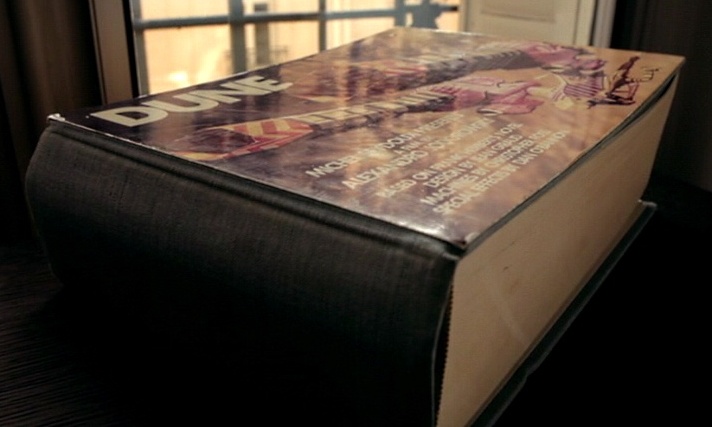 Documentaries about films form a nice sub-genre with some excellent entries, especially when the production was troubled. Last year we saw Jodorowsky's Dune added to the list, and it almost blew as many minds as Jodorowsky ever intended with any of his films.

Without a foot of footage ever shot, Jodorowsky's attempt to film a (loose) adaptation of Frank Herbert's book Dune, 40 years ago, changed the future of cinema. The group of artists Jodorowsky managed to get together in Paris created a kind of creative explosion, the ripples and shockwaves of which can be discovered to this day.

Would this Dune have been as great as everyone states in Jodorowsky's Dune? Probably not, but it's so much fun to dream about it. Oh, and I want that book. The one in this picture. There it is: my holy grail until it is in my grubby paws. GIMME! 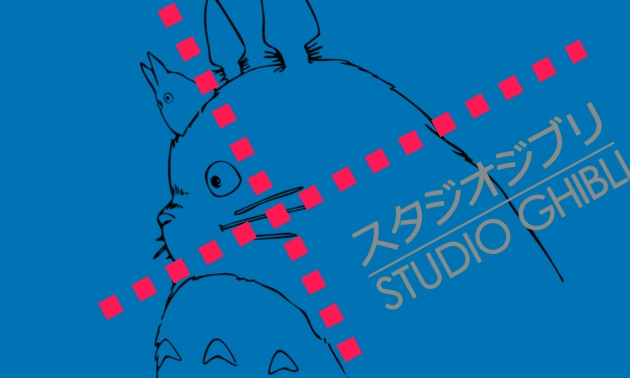 Bring it on. We've heard all the remarks. But now, almost half a year after the news became known in August, the sorry fact remains that Studio Ghibli still hasn't got even a single new feature in its production roster. The one time I seriously hoped we were wrong, we apparently weren't. 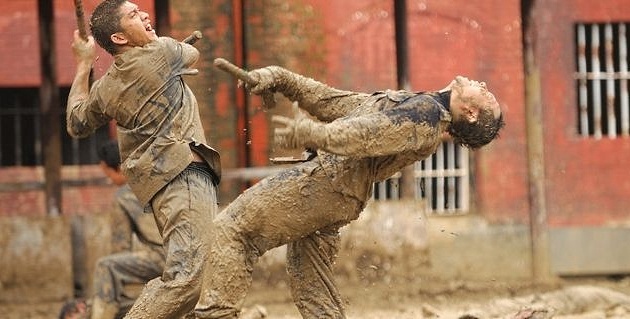 Watching Berandal with a perfect audience:

Like many European countries, the Netherlands have a dodgy recent colonial past: Indonesia used to be called Dutch India until its independence. As a result, there are still many people of Indonesian descent living in the Netherlands. And whoa! They showed up in droves for the screening of The Raid 2: Berandal during the Imagine Festival in Amsterdam!

And what a screening it was... after the first The Raid had won the festival two years earlier, everyone was avid for more, and more we got. I haven't seen a cinema delightfully wince and groan as much since... well, since the first The Raid! 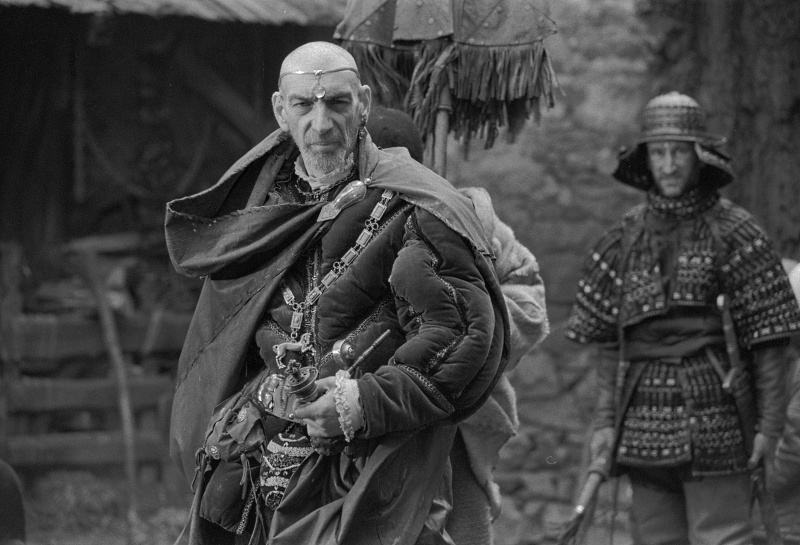 Being baptized in filth:

Cinema can be so many things, yet so often it's confined to the Hollywood blockbuster model by financial necessity: if you want things to get spectacular and costly, you need to make sure a wide audience will be able to enjoy it.

Or you can be like director Alexei German, and spend twelve years making a three-hour-long black and white epic about humanity being too stupid to learn, with everyone stuck in a medieval cesspit and unable to get out. For that is exactly what Hard To Be a God is.

As an audience, you spend at least half the film slowly sinking into its world, and the experience won't be pleasant. But at the end, you will feel like you have left the world for a few hours, and many of the film's vivid images will follow you for a long, long time.
You can check my review here (link).

More about Sorrow and Joy