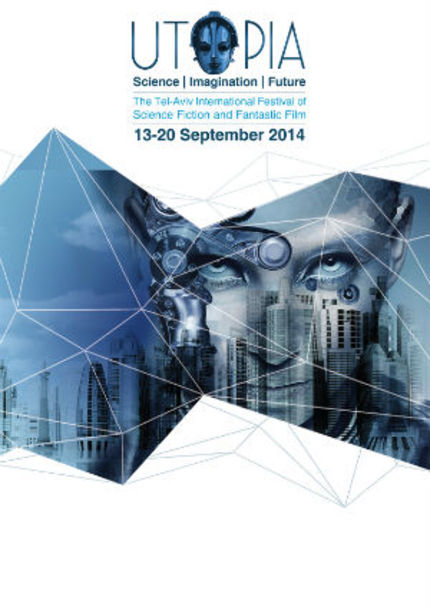 Presenting a marvelous banquet of fantastic titles with their first announcement, Utopia: The Tel-Aviv International Festival of Science Fiction and Fantastic Film has, in the proverbial sense, something for everyone -- as long as you have good taste in genre films!

Kicking things off on September 13 will be Terry Gilliam's The Zero Theorem, which, as always with Gilliam, means a must-see title, no matter the reaction to it. What We Do in the Shadows, which tickled the fancy of our own Ryland Aldrich when he saw it earlier this year, will serve as the closing night presentation on September 20.

In between are plenty of tasty titles, including some that are well-known to the ScreenAnarchy readership -- Frank Pavich's documentary Jodorowsky's Dune -- and others that are gaining public exposure for the first time, such as the Israeli horror-thriller JeruZalem, by the Paz Brothers; the first look at the trailer and segments from the film will be offered, accompanied by a panel discussion with the cast and crew.

This first announcement includes the out-of-competition titles; the complete juries, titles and "some more surprises" will be unveiled next week. Can't wait!

Here's the official verbiage from the festival:

The Tel-Aviv International Science Fiction Festival will take place this year 13-20 September at the Tel-Aviv Cinematheque, for the first time in conjunction with the Tel Aviv DLD Innovation Week. It will include a wide-ranging panorama of films, both Israeli and international, premieres and special screenings, alongside a variety of science, imagination and future vision events - conferences, micro-talk sessions, exhibits and performances, all utilizing the platform of science fiction to discuss issues of technology and society, science and ethics, and perspectives on tomorrow.

The festival will open September 13 with The Zero Theorem, the new insane vision of the future by renowned director Terry Gilliam ("12 Monkeys"), telling the story of Qohen Leth (Christoph Waltz), a lone and eccentric computer genius hired to work obsessively on a mysterious project the purpose of which is to discover the meaning, or rather, the lack of meaning, of life.

What We Do in the Shadows will be the Utopia closing film September 20. The creators of the cult series "Flight of the Concords" present a hilarious mockumentary that has sunk its teeth into the hearts of many at the Sundance

Another special event is Jodorowsky's Dune by Frank Pavich, The fascinating tale of the ambitious yet ultimately doomed attempt by acclaimed Chilean director Alejandro Jodorowsky to adapt the sci-fi epic "Dune" to the big screen during the psychedelic seventies. It nearly changed the face of cinema forever, this is the bittersweet, moving tale of a bigger-than-life production that crumbled under its' own weight.

Utopia will host an exclusive first look at a trailer and segments from the new Israeli film JeruZalem, the horror-thriller from the Paz Brothers (Phobidilia); this will include a panel discussion with the actors and production team, joined by Shaked Berenson from Epic Pictures Group. Berenson will also serve on the festival jury.

The festival hosts the following programs; the main program is Utopia, presenting mostly science fiction and fantasy, sidebar program Dystopia, the dark side of Utopia for thriller, horror, action and revenge themed titles. Back to the Future is our classics program and the festival also hosts a doc section for genre, science fiction and science and technology themed docs.

Back to the Future, our classics section, will present Brazil, Ghost in the Shell, Alien and Spaceballs.

Israeli feature-length out of competition

RETURNED, THE (SPAIN / CANADA 2013)
Dir.: Manuel Carballo
Emily Hampshire, Kris Holden-Ried, Shawn Doyle, Claudia Bassols
The world has recovered from a zombie epidemic, but the fear is only about to erupt...

Back to the Future classics program

GHOST IN THE SHELL (JAPAN 1995)
Dir.: Mamoru Oshii
A combat unit sets out to defeat the Puppet Master, who infiltrates human minds and turns them into helpless puppets.