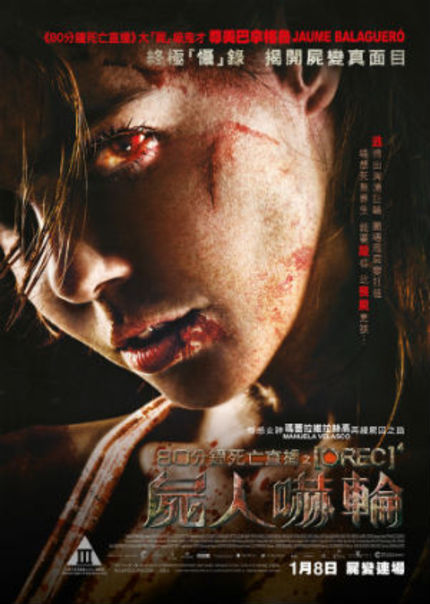 Action flick [REC] 4: Apocalypse opens in Hong Kong theaters on Thursday, January 8, and to mark the occasion a new promotional video has been released, documenting a zombie attack on the streets of Hong Kong.

OK, it's only two zombies, but it's fun to watch the reaction of unsuspecting citizens as the "zombies" walk among them and end up inside a cinema, followed by the reaction of people who've just watched the movie.

For the record, [REC] 4: Apocalypse has received mixed critical reaction, but I'm a big fan. It may not be quite at the level of the first two films in the series, yet it's much better than most action-horror movies I've seen in the past year. So go see it, Hong Kong!