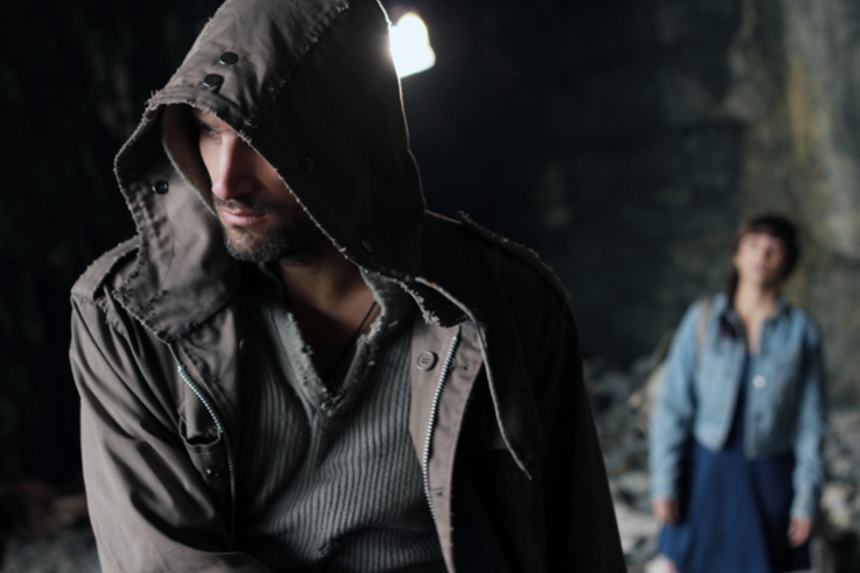 Redeemer marks the fourth collaboration between director Ernesto Díaz Espinoza and martial artist Marko Zaror, and is considered by the director himself as his most serious movie, since it accompanies its carefully choreographed and violent as hell fights with a dark story about a former hitman with many sins to pay for.

After Redeemer played at Fantaspoa 2015, I had the chance to talk with Díaz Espinoza for some minutes about Zaror, his influences for this movie and even the references he makes to Mexican violence.

After working several times with Marko Zaror, which were your main challenges to make something better and not repeat yourselves?

Ernesto Díaz Espinoza: For the martial arts it was exploring new techniques, adding Jujitsu, mixed martial arts and being more focused on a real combat. The idea was to have a combat where everything is valid. We also tried to bring the best from the other movies, the things that worked better, and do it for this one.

There are many martial arts films that are all about the fights since the story is not very attractive. In REDEEMER is the opposite with a very obscure story about the protagonist's past. Where did the inspiration for the script come?

I really like the superhero genre with the avenger character that helps the needy and vulnerable people, though I needed a new motivation, something that I hadn't done before. In Kiltro and Mandrill there was the theme of the vengeance already, so here I arrived to the subject of redemption with a character that was paying his sins while he was still alive by helping other persons. That's when I realized it had to be a character with a dark past: a former hit man of a drug cartel. Then there was the theme of religion; with martial arts you are taken naturally to oriental philosophy but since I wanted to make a Chilean movie the redemption had to relate with our religion.

There's scene at the beginning of the movie that's entirely taken from Stanley Kubrick's A CLOCKWORK ORANGE, with the girl that is being raped by a gang. Also in the credits you thank such filmmakers as Quentin Tarantino, Sam Peckinpah and certainly Kubrick. So tell me how these directors influenced REDEEMER.

Well, Tarantino is one of my favorite directors since I was young and the movie that functioned for me as a model to approach the martial arts genre was Kill Bill. I like his humor and the references he makes to other films, how he plays with the genres. Takeshi Kitano was another influence for the silence of Marko's character, Peckinpah for the slow camera work, Robert Rodriguez and the way he makes action heroes from Latin America, and David Lynch for the atmosphere of the sound design.

As a Mexican something that was particularly noteworthy was the scene in which the American villain says to his sidekicks that if he would want them dead he would have taken them to Mexico instead of Chile. I recall also a Mexican character in BRING ME THE HEAD OF THE MACHINE GUN WOMAN (El Tronador) and now there's another Mexican villain, so what's your vision of the whole Mexican violence?

The reality is terrible. It has been exposed a lot in cinema and it's something I would like to explore too. It's a problem that's in the entire Latin America; right now Mexico is in the spotlight but it had happened in other parts and it can happen in my country too. In Redeemer the problem is mentioned in a very light way but in a future I would like to make a critique and an exploration about this.

Can you tell me more about the actor that portraits the Scorpion (Zaror's ultimate enemy in the movie)?

His name is José Luís Mósca, he's Chilean but he moved to Mexico many years ago. He is a master of kickboxing and martial arts and began to appear in Mexican low budget movies, made by the Almada brothers; the cinema that some call "mexploitation." I know those films because Marko Zaror played very small roles in them and that's how he met José Luís Mósca. Actually the have a fight in one of Marko's first films and now we realized Mósca was the perfect martial artist for this character.

Do you feel this content is inappropriate or infringes upon your rights? Click here to report it, or see our DMCA policy.
ActionErnesto Diaz EspinozaFantaspoaFantaspoa 2015Marko ZarorMartial ArtsRedeemer