Review: LATE PHASES Aims To Be More Than A Werewolf Movie 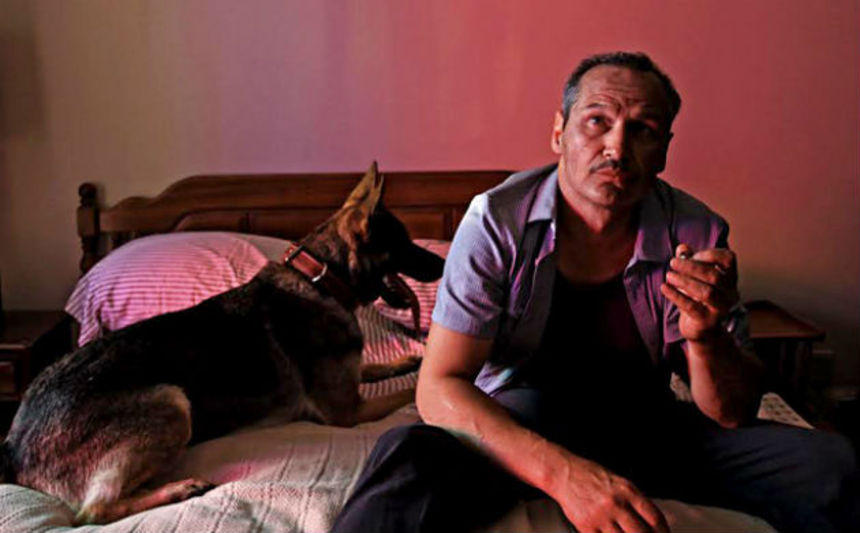 A friend of mine is fond of applying the phrase "a wolf in sheep's clothing" to genre films. The theory goes that a good genre flick should have a tried and true "A" genre suit of sheep's clothing, and a deeper and more thoughtful "B" concept at its core. As an example, Let the Right One In is presented in the sheep's clothing of a "vampire film," but the film is actually about isolation, the darkness of childhood, and longing for connection in a disconnected world.

With that in mind, writer Eric Stolze and director Adrián García Bogliano deserve credit for setting out to make Late Phases more than just a werewolf flick. On the surface, the film is the story of one blind Vietnam vet's badass struggle against a pack of werewolves that have besieged a small, gated community in Anytown, USA. That may sound like a concept that can't miss, but tragically, the wolf under the sheep's clothing proves to be the film's undoing. Late Phases spends far too much time on what is ostensibly the journey of one man from hardened and emotionally traumatized veteran to guardian of the innocent and dedicates far too little time to the aforementioned werewolf-whuppin'.

The film begins with Ambrose McKinley, a veteran and general hardass, being escorted to his new home by his son. Played with delightful, over-the-top, square-jawed toughness by Nick Damici, McKinley doesn't seem to care for much of anything around him, but he's not particularly perturbed by his surroundings either. That is, until a bloodthirsty creature smashes through the patio door of his house, kills his dog, nearly kills him, and murders the little old lady who lives next door. Ambrose sets out to uncover the truth beyond the "dog" attacks that have plagued his neighborhood for a long time, much to the dismay of his son, from whom he is becoming more estranged. 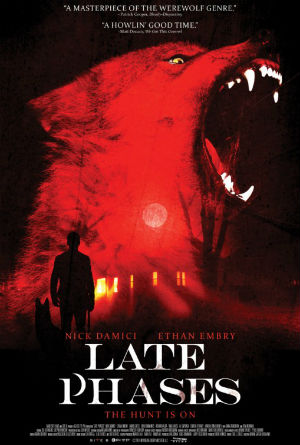 As the film progresses, we're given a bit of a deeper peek at the community. It's a place populated almost exclusively by passive-aggressive aging Stepford Wives, all of whom attend the same church a decent ways outside of their community. Ambrose decides to investigate the flock, led by the always wonderfully creepy Tom Noonan. The two of them get to a lot of talking about Ambrose's past overseas and reveal a little of his internal struggle, but in the end, they are conversations that don't really lead anywhere particularly illuminating.

The same can unfortunately said of the bulk of Stolze's script for Late Phases: it's a long slow burn with an incredibly fun payoff, but it all feels like too little too late. Without getting into spoiler territory, we never really get a very satisfying explanation for all of the goings-ons in the area, and the attention paid to Ambrose's relationship with his son feels like a lot of well-intentioned wheel-spinning.

When the big finale does finally come, it's more frustrating than anything, making this reviewer rip his hair out wondering why Garcia didn't dedicate more of his film to his clear and present talents as a stager of action set pieces and delightful creature work. It should be noted that this is the director's first English language film, and his efforts to craft a compelling narrative with those hurdles in mind should be applauded, but the end product is something that disappoints by painting a clear picture of what it might have been, given a few more months in development.

In the end, Late Phases is a concept that looks like it absolutely should have worked on paper, but ends up becoming a cautionary tale about what happens when you put too much stock in your wolf rather than your sheep.

Review originally published in slightly different form during SXSW in March 2014. The film opens in select theaters in the U.S. on Friday, November 21, and will also be available via various Video On Demand platforms. Visit the site of distributor Dark Sky Films for more information.

Do you feel this content is inappropriate or infringes upon your rights? Click here to report it, or see our DMCA policy.
Adrián García BoglianohorrorNick Damici