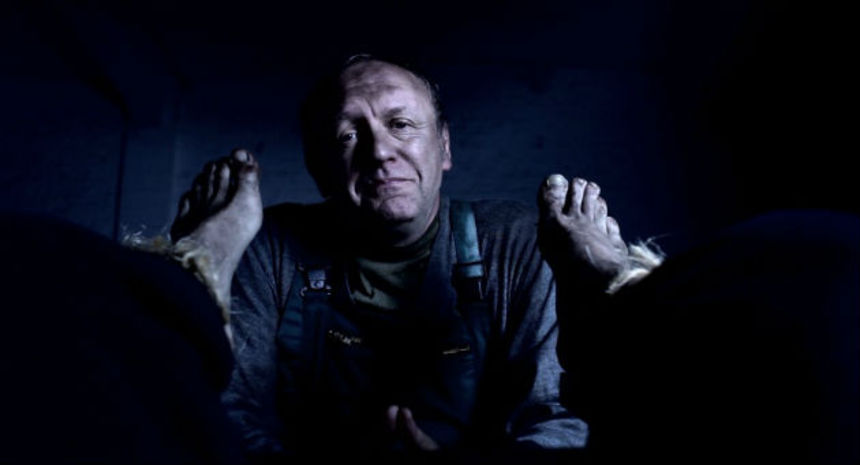 A young boy is handed a gun by his mother.

It is night, the boy's mother is panicked, and an armed man is about to invade their home. The anxieties quickly mount in Tombville, Nikolas Last's feature directorial debut, even as the action cuts to a battered and bruised man running down a road in the dead of night.

He remembers that his name is David, but otherwise his memory is gone, even after a strange, brief encounter with another man, and yet another with an older man outfitted with instruments of torture. The atmosphere of dread is intensified by a disturbing sound design that leans heavily on rhythmic, metallic noises, as though a beating heart were scraping through softened iron.

Just when it seems that Tombville will continue plunging into nasty nightmare territory, falling further and further away from conventional narrative markers, something happens to halt that descent into madness. The scene, which sounds more clumsy than it plays, serves up a tiny bit of exposition, or explanation, or excuse for what's happening to David, and takes the trouble to ask the questions that will have become apparent to even the most casual viewer: Where are we? And why are we here? 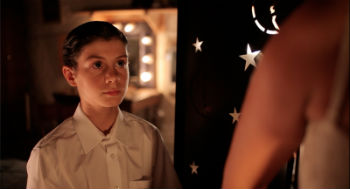 Of course, those questions are asked by rational human beings in normal daily life here on planet Earth. Somehow, though, when those questions are raised in the middle of a nightmare -- maybe! -- they take on a special urgency. And, in this case, they work effectively to drive the momentum forward within the context established by the movie.

Nikolas Last, who wrote, directed, and edited the picture, and also composed the musical score, is very good at constructing individual scenes, and he has good inclinations as far as weaving them all together into a narrative structure that runs barely 70 minutes. The story itself is a bit lacking; it's fine to have a mystery that twists and turns, jukes and jams, but this one has insufficient complexity to justify its feature length.

Yet the visuals remain consistently engrossing. The nightmare scenarios often feature a close-up of a head looming against a pitch-black background, which sounds like it would become quickly repetitive and tiresome, but Last pulls away, in well-timed measures, so that Tombville begins to resemble a musical composition, the haunting refrains returning like a melancholy chorus, accompanying mournful bridges of sadness and despair. He varies his compositions, keeping things off-kilter, especially when a wider variety of dark colors are splashed on the screen, and the narrative pattern becomes increasingly disconcerting.

Frankly, it becomes difficult to turn away from what Last and company have created, as harsh and oppressive as the sometimes perplexing, sometimes confusing, always visually striking world of nightmares depicted in Tombville proves to be. Like any nightmare, it makes perfect sense while it's being experienced, but not everything is what it seems later, as the cobwebs clear and the light of day streams through the windows. Still, the troubling images linger.