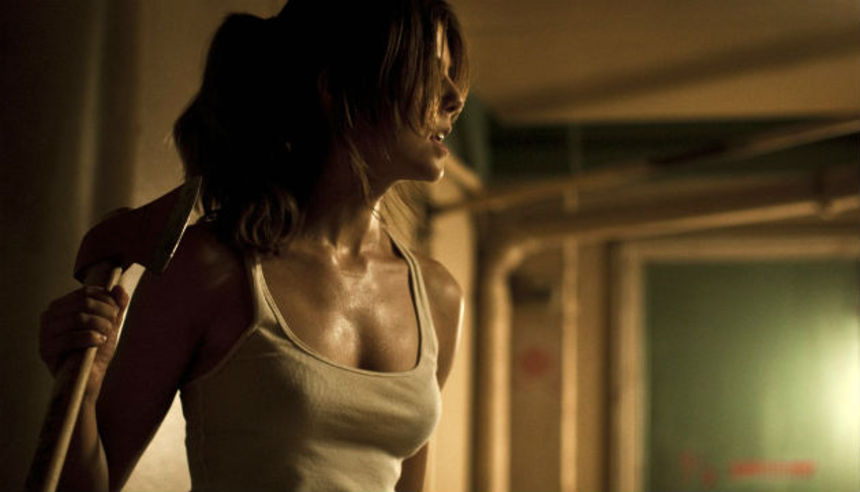 It's certainly been a while, but the Sitges Film Festival and its audience hasn't forgotten about [REC] and the impression it left in its 2007 edition. The film, co-directed by Paco Plaza and Jaume Balagueró won the best director and best actress amongst other awards and, most importantly, managed to scare and delight both critics and audiences alike.

The film was a tremendous success, so it was only natural that they tried to iterate upon the formula again with [REC] 2 in 2009, once again co-directed by Plaza and Balagueró, and [REC] 3: Genesis in 2012, directed only by Paco Plaza. Sadly, the results were far from the original.

The first [REC] was truly a breath of fresh air to the zombie genre, with its smart use of the handheld camera with a reality TV style and the impression that even the actors didn't know what was gonna happen next. But its sequels moved into more familiar territory, progressively evolving into much more conventional horror films. And finally, seven years after the first entry, Jaume Balagueró comes full circle and returns to the saga's origins to bring its closure.

[REC] 4: Apocalypse starts shortly after the final scene from the first movie, and we're back again into the apartment building where Ángela Vidal and her cameraman were faced with a viral outbreak that turned people into very aggressive and dangerous beings. We follow a special operations group, charged with clearing the building and retrieve any survivors to try and contain the situation.

It appears that Ángela is the last survivor against all odds, and after extracting her from the building, the remaining members of the rescue team awake in a huge fishing vessel which has been turned into a quarantine facility. But it's not difficult to imagine that such an environment is the perfect place for another outbreak waiting to happen. And when suddenly all hell breaks lose, Ángela and the rest of the crew will have to fight for their lives once more.

As Balagueró has stated, the success of the original film caught them by surprise. They started as some kind of experiment and they never expected to have to deal with sequels, so they didn't have the whole thing planned beforehand and were just improvising along the way. [REC] 4: Apocalypse tries to address that, bringing together elements and plot lines from previous films and trying to tie all the loose parts. 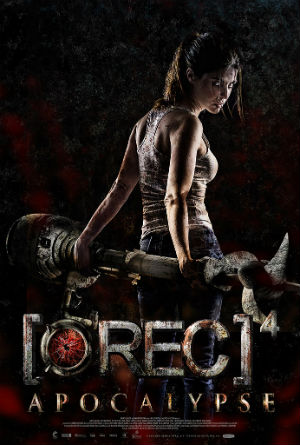 And for the most part, it succeeds in giving an overall coherence to the series' universe. Balagueró also chooses to ditch the use of handheld camerawork style, which was one of the trademarks of the series, and returns to a more classic approach to the genre. It's a wise decision, as he was clearly aware that it would be too difficult to justify the trick within this context.

That being said, there are still elements that make the film recognisable as a [REC] movie, first and foremost the decision to enclose all the action into one single environment. The ship becomes a very important piece of the film, with all its narrow quarters and corridors turning into an oppressive maze, a rusty metal trap that conveys the appropriate sense of danger at every turn.

But sadly, most of what made the original film such an enjoyable rollercoaster is also gone. [REC] 4: Apocalypse is an entertaining film, but comes across as just another modern zombie movie, with its array of familiar tricks and scares. The lead actress Manuela Velasco was very credible in [REC] as a young TV reporter dealing with the unexpected, but feels out of her depth here. Luckily the script acknowledges this, and most of the dramatic weight lies on the shoulders of the rest of the cast.

There's still fun in here, and there's a generous amount of bloody zombie action that will surely please the fans. [REC] 4: Apocalypse is an entertaining movie, and there's no doubt it works much better than the previous sequels, but it's also clear that it never reaches the same heights as the original. Balagueró has stated that the [REC] saga is over as far as he's concerned, and maybe that's for the best.

Review originally published during the Sitges Film Festival in October 2014. The film will open in select theaters in the U.S. on Friday, January 2, and will also be available to watch via various Video On Demand platforms. Visit Magnet Releasing for more information.