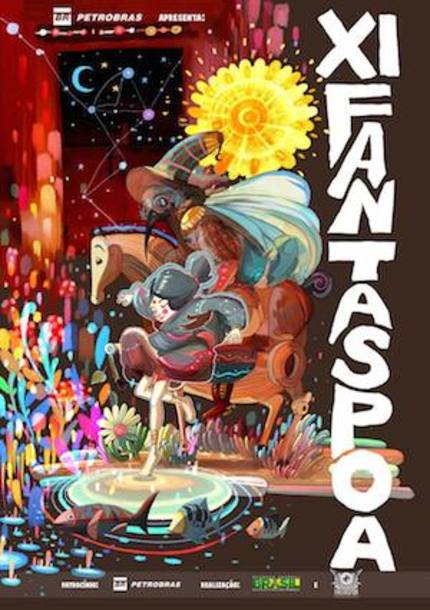 Brazil's Fantaspoa festival revealed the first wave of films for its upcoming eleventh edition (May 15 to 31), prior next weekend's announcement of the full lineup (which will consist in more than 100 movies).

14 titles were confirmed, aside of the previously announced opening and closing films (Deathgasm, Uptake Fear and Toda La Noche).

The first wave includes such genre favorites as Adrián García Bogliano, Justin Benson & Aaron Moorhead, and Ernesto Díaz Espinoza, as well as Mexico's The Incident, Germany's Der Bunker and New Zeeland and Canada's Turbo Kid. It's very likely that all of the directors of these films will be in Porto Alegre for the festival.

It's definitely a fine selection that adds to the confirmed homages to Dennis Paoli and Fabio Frizz (read more about these legends here).

Check out the complete first wave of films here: