Ard Vijn
Editor, Europe; Rotterdam, The Netherlands (@ardvark23)
Tweet Post Submit
While I saw more films in 2015 than I had in 2014, I can almost use the same text here that I wrote for my "dozen of musings" article of last year.

For again I have a big backlog of movies I've yet to watch, and while I'm not quite at the level of making a top-10 list while having seen only twelve films, neither do I feel completely comfortable with writing such a list.

So, like last year, I'll refrain from just posting my favorites from the small sample I was able to gather, and instead post some of my general thoughts. Yes, favorite movies will be in there, but also moments, events, news items, and stuff I bought. Personal highlights or otherwise memorable things which define the year of 2015 for me, film-wise.

Browse through them (they're in no particular order...), and feel free to discuss! 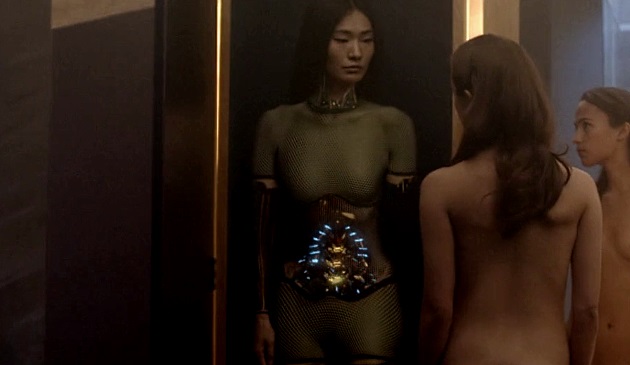 Souls in the Shell

When it played at the start of the Imagine film festival in Amsterdam (which had "We Love Robots" as this year's theme, as luck would have it), it not so much opened that festival as conquered it, immediately giving the fest its audience winner.

It ended up here at ScreenAnarchy as one of 2015's faves as well, even though not everyone was enamoured (see our team round-up of opinions on it). 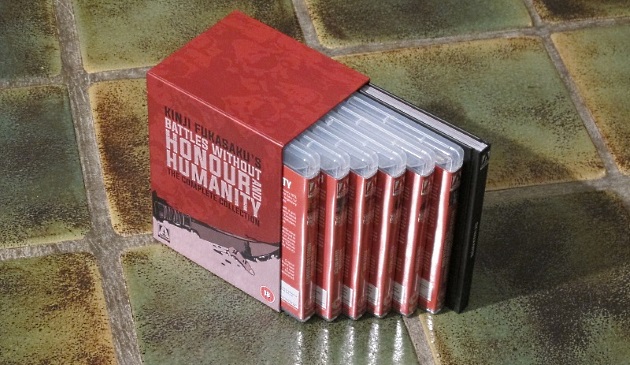 Boxsets Made by Arrows with Avidity

While all the usual disc-distributing suspects had some stellar releases in 2015, UK (and US) based Arrow took the cake this year. Did we really need new pimped releases of well-known titles like Videodrome (seen here) and Hellraiser (seen here)? Probably not, but I'm mighty pleased to own them nevertheless.

But their crowning achievement last year was a series of boxsets of hard-to-get classics of Japanese cinema. And even topping that particular pinnacle was the gem on display here: a fantastic boxset of Fukasaku Kinji's Battles Without Honour and Humanity Yakuza thrillers. I've wanted something like this for years, hoping it would appear someday, and upon seeing Arrow's announcement I nearly jumped into the ceiling from joy. It is literally a dream come true (check it out)! 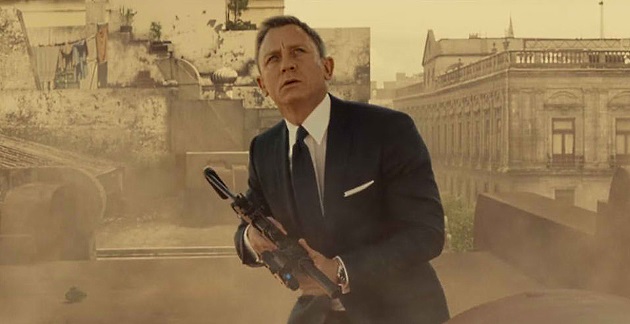 As a big, BIG fan of Casino Royale and as someone who applauded Quantum of Solace for keeping it real in that same universe, I was pretty disappointed in the dumber parts of Skyfall. But even that film could not prepare me for just how dumb and lacklustre most of Spectre turned out to be.

I mean, I don't hate the film, and I'll be using the opening credits for creating some tentacle-sex mastheads to shock and confound people, but...
... but it really should have been better. MUCH better.

Mind, in all fairness, opinions within our team differ on this.

We're On a Road to Nowhere

While James Bond's sentimental journey didn't provide me with either much closure or enjoyment, the ridiculously glorious return of Mad Max made my heart swell, for several reasons.

Back in 1982, my father took twelve-year-old me to the cinema to see Mad Max 2: The Road Warrior, and it blew both our minds. Last summer, I took my 77-year-old father to the 3D IMAX to watch Fury Road, and the same thing happened. And of course he turned to me several times, eyes glinting with excitement, to whisper to me that "this would probably never work if you tried it in real life", old car expert that he is, making me really feel twelve again.

And when we had a drink afterwards, we both realized that I was now exactly the same age that he had been, when he took me to see Road Warrior all those years ago. Damn. And awesome.

My God, It's Full Of Fold-Outs

In last week's Have Your Say, I posed the question what your most loved film-related acquisition in 2015 was. Well, here was mine: a book.

To be more precise: Piers Bizony's The Making of Stanley Kubrick's 2001: A Space Odyssey. There is an incredible wealth of text in its 560 pages, but for most people the selling point will be the great, great gallery of images in it, many of them presented in fantastic oversized fold-out pages. Check it out here.

A Few Decades Ago, Here on Earth...

Star Wars happened and converted me in the 1980s. Of course it lost me again in 1999 when the very franchise itself couldn't stop rubbing its flaws in my face.

Then we got The Force Awakens a few weeks ago, and while it didn't fully revive my passion, it did awaken it somewhat. As a film it is riddled with flaws, both in story and execution, and (unlike the prequels) it has a different "taste" from the other films. I'm not sure I'll ever allow it in my heart as a sequel to the Holy Trilogy.

But as a stand-alone series about this new group of characters? I was smitten. Star Wars is a character-driven dream factory again, and for that (if that alone) I applaud J.J. Abrams.

Oh, and while I love our combined opinions on the film, Matt Brown wrote the best single article about it. 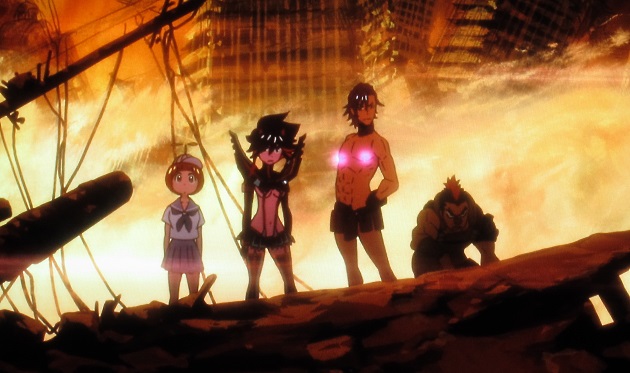 The most fun I had in 2015 with anime was Imaishi Hiroyuki's insane 2014 series Kill La Kill, which I finally was able to see in its entirety due to a rather spiffy release by those Scottish people from Anime Ltd.

The series which was supposed to wow me most was probably Space Dandy, but bar some fantastic episodes and an overall excellence in technical merits, that series' story, characters, humour, and approach to fan-service annoyed me rather than enticed me.

So colour me surprised that an anime series I expected to hate for those very same reasons actually happened to completely win me over. Kill La Kill never fails to poke fun at questionable ecchi tropes while positively wallowing in them, but like with Gurren Lagann (also by Imaishi) I couldn't resist its gleeful over-the-top approach and silliness.

My most favourite film in 2015 was Liza, the Fox Fairy. Enchanting, intelligent, gruesome, funny, beautiful, sexy, poignant... this one has it all. It's a Cinderella story, but told with the dark wit of the best horror films, and with production values to die for. I applaud director KÃ¡roly Ujj MÃ©szÃ¡ros and lead actress MÃ³nika Balsai, and will keep an eye on what they're doing from now on.

Liza, the Fox Fairy picked up a veritable slew of awards at festivals all over the world, all earned in my opinion, and here is my review. 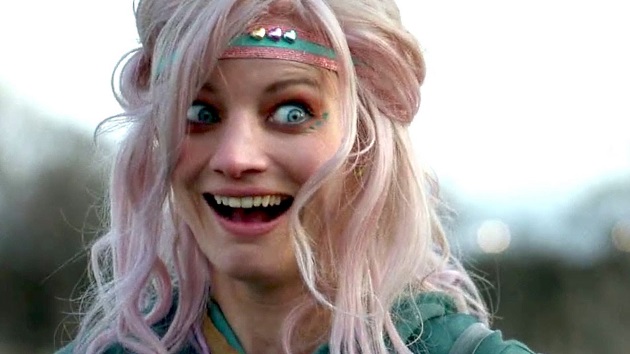 While the whole world was waiting for how Mad Max: Fury Road would turn out, lucky audiences at festivals got to see Turbo Kid, which was basically a sneak preview of just how much fun there could be had within the post-apocalyptic sub-genre.

With its eighties aesthetics, Italian splattergore influences, and hilarious over-the-top-yet-spot-on performances by... well, EVERYONE* in it, this was one of the most entertaining things I saw in a theater this year!

*(still need to single out Munro Chambers and especially Laurence Leboeuf though...) 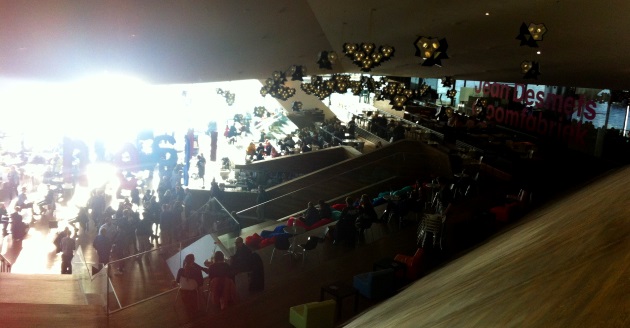 Imagine a Perfect Run at a Festival...

Needless to say I enjoyed myself immensely, to the point that I started craving the festival's opening tune in front of each film like a junkie. Films I saw there included Ex Machina, Turbo Kid, Spring, Housebound and my 2015 favourite Liza, the Fox fairy.

Seriously: check out the list of the public's favourites at Imagine 2015, and you'll wish you were there. 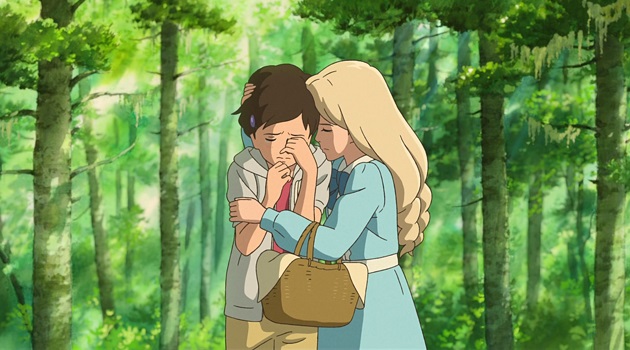 When Studio Ghibli Was There

While thankfully there is still a heart beating somewhere within Studio Ghibli, and its first international co-production might be seen soon, the fact remains that When Marnie Was There is currently the last film of its kind: a 100% Studio Ghibli feature length anime.

And I saw it a few weeks into 2015, at the International Film Festival Rotterdam. It's not Studio Ghibli's best, but it's definitely not a bad film, and I am still sad to know it marks the end of an era. 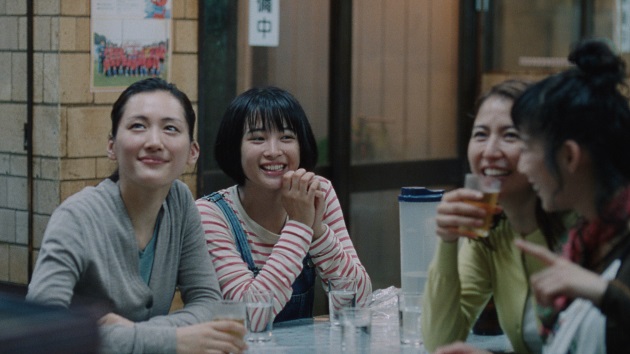 Quoting from my review (yes, I am that shameless):

"Kore-eda shows thirst, not by filming a desert with parched people, but by filming an oasis, and the happiness of people finally able to drink."

More about Battles Without Honour and Humanity