Review: GLASS ONION - A KNIVES OUT MYSTERY, Daniel Craig's Super-Sleuth Takes on the One Percent (Again) 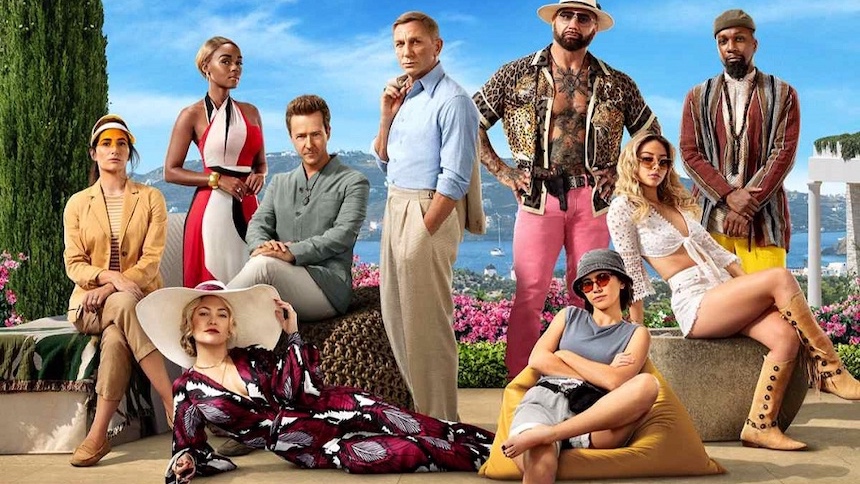 Over the last several weeks, the cult of personality centered on onetime tech “genius” (and billionaire) Elon Musk suffered a major setback, a self-inflicted wound that threatened to take down one of the largest, most popular social media platforms.

Beware, apparently, not the Ides of March, but of tech billionaires promising to “disrupt” new industries and remake the world in their own, narcissistic, egotistical image. Nobody really knows what will happen tomorrow, next week, or next month, but at a minimum, it should serve as an object lesson and confirm the need to reorient ourselves away from the idea that tech billionaires, stable geniuses or not, won’t save us.

We have to save ourselves. Unfortunately, that might be an object lesson many will continue to refuse to learn, others will ignore, and still others will, in time, forget.

Maybe or maybe not, but writer-director Rian Johnson (Star Wars: The Last Jedi, Looper, Brick) certainly hopes we won’t, using the brand-buffered cult of personality around a fictional tech billionaire, Miles Bron (Edward Norton), of a fictional tech company, Alpha, as the satirical target of his latest film, Glass Onion: A Knives Out Mystery. Bron perfectly embodies the self-aggrandizing excesses, the unmitigated hubris, and the messiah commplexes of tech billionaires everywhere.

Everything he can buy, including the loyalty of his inner circle, he does. Anything he can’t buy, like the integrity of his former partner, he removes from his life, usually, but not limited to, through the best attorneys Bron's wealth, influence, and power can buy.

Each, in their own way, leverages their relationship with Bron to acquire wealth and maintain their social standing. They are figuratively and literally indebted to Bron, so when a mysterious wooden puzzle box appears on their doorstep, they affirmatively answer the hidden invitation to attend a weekend retreat at Bron’s private island in the Aegean and participate in a murder-mystery game. Somehow, though, Benoit Blanc (Daniel Craig), the lone Knives Out-crossover character and a private detective of world renown, also received an invite along with Bron’s ex-partner and avowed nemesis, Cassandra “Andi” Brand (Janelle Monáe).

While Bron greets his guests with smiles, drinks, and the promise of a spectacular, singular weekend, Blanc’s anomalous presence proves to be a catalyst for the guests to slowly reveal their true natures and their real intentions toward Bron and each other. Soon enough, Bron’s murder-mystery game, meant to reinforce the aura of cleverness around Bron’s persona, gives way to a real-life murder, followed by mass panic, hysteria, and eventually, a breakdown of the supposedly tight-knit group into the self-serving, atomistic individuals they truly are.

Unsurprisingly, a murder shifts the prolix, southern-fried Blanc and his hilarious Foghorn Leghorn accent from the background to the center stage. Once there, Blanc begins to investigate the who’s, the why’s, and the wherefore's behind the death of one of the island’s guests.

Like its predecessor in what should be a long-running series, Glass Onion: A Knives Out Mystery rarely falls short or shy of the inherent goal of all murder-mysteries to engage, illuminate, and ultimately, entertain. That it does so without stumbling even slightly counts, if not as a major or minor miracle, then an achievement in and of itself.

That’s all thanks to Johnson’s multi-layered, magnificently structured screenplay, Johnson’s efficient, unobtrusive direction, and an ultra-talented cast who, one and all, fully understood the assignment and deliver lively, vigorous performances, all in service of a perfectly timed, brilliantly executed social, political, and cultural satire. To Johnson, satire, commentary aside, can and should amuse as much as it elucidates and there’s certainly no shortage of both in Glass Onion: A Knives Out Mystery.

Glass Onion: A Knives Out Mystery