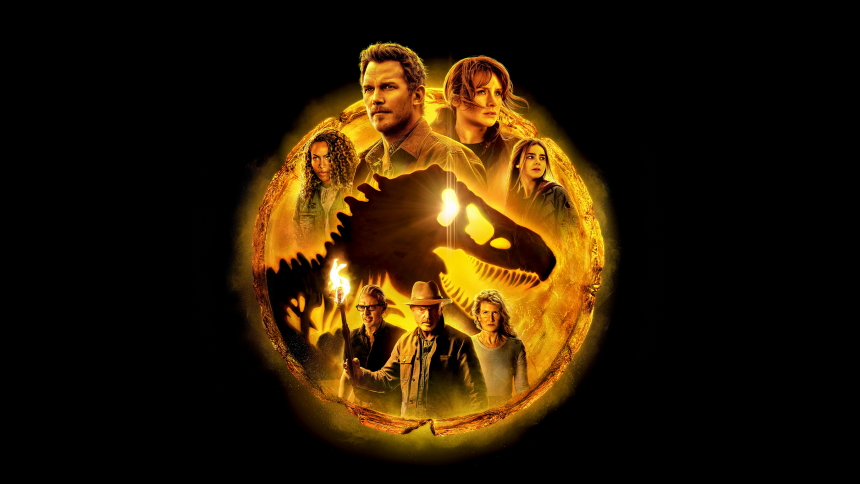 Twenty-nine years ago, Steven Spielberg rocked cinemas worldwide with his creature feature Jurassic Park. Literally so even, as it was the film which would make Digital Theater Sound (DTS) a household term. But what to this day it is most remembered for, is its gigantic leap forwards in computer generated imagery, and the moment the Tyrannosaurus Rex crashed through a fence was just about the biggest jawdropper we had seen in decades.

People expecting the latest film in the series to deliver a similar technical impact will be in for a disappointment, as Jurassic World Dominion basically ticks a few boxes and that's it. Dinosaurs: check. Frantic chases: check. Gobsmackingly stupid behavior whenever the script calls for it: check. Familiar faces: check, and DOUBLE-check, as probably the biggest selling point this time is the team-up of the Jurassic Park crew (Sam Neill as Alan Grant, Laura Dern as Ellie Sadler and Jeff Goldblum as Jeff Goldblum though they call him Ian Malcolm) with the Jurassic World crew (Chris Pratt as Owen Grady, Bryce Dallas Howard as Claire Dearing and Isabella Sermon as Maisie Lockwood). 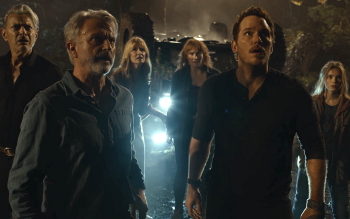 It's been four years since the island of Jurassic Park and Jurassic World blew up, and dinosaurs now roam free across the globe, causing all sorts of troubles. The world seems able to cope though, more or less. But suddenly a new breed of locusts with prehistoric DNA starts to spread exponentially, devouring grain in such alarming volumes that worldwide hunger and global annihilation are now on the menu. Environmental scientist Ellie Sadler suspects the seemingly beneficial billionaire Lewis Dodgson is behind it, based on a clue sent to her by Ian Malcolm, and she asks her old friend Alan Grant to help find proof.

Meanwhile, dinosaur wranglers Owen and Claire battle evil dinosaur poachers, and try to keep their cloned step-daughter Maisie a secret. Surprise surprise: the poachers work for Dodgson, and he needs Maisie and the velociraptor baby Beta for his nefarious plan. The poachers manage to get their hands on both Maisie and baby Beta, causing Owen and Claire to travel around the world to try and get them back. All trails lead to Dodgson's research facility, a gigantic dinosaur-filled valley in the Dolemites, an environment which is perfectly secluded and controlled. What could possibly go wrong? Well... this is the sixth Jurassic Park -slash- Jurassic World film, so by now you should know at least five possible reasons already... 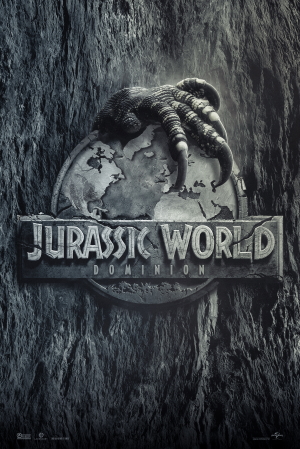 Structure-wise, Jurassic World Dominion is the polar opposite of its predecessor, Jurassic World: Fallen Kingdom. In that film, a pretty standard first half suddenly made way for a Gothic horror second part, full of interesting themes and ideas. This time you get a pretty nice first half with some interesting developments, all of which is basically one big set-up for the last hour, in which all of our heroes come together in one clutch fighting for their lives in an out-of-control environment. If you like these heroes it is entertaining, but it's also a very derivative and bloodless ending to this trilogy. It is basically one big collection of Easter eggs and shout-outs to the earlier films.

Colin Trevorrow has the directing duties this time, as he had in Jurassic World and the Jurassic World short Battle at Big Rock. His approach to the material is decent enough, and the big chase in Malta surely gets the blood pumping, but overall his vision lacks the originality and visual flair J.A. Bayona showed in the previous film (my review of which was surprisingly positive). All the main actors reprise their roles well enough and seem to have fun doing so, with young Isabella Sermon being a standout, playing a very sympathetic character who doubts her place in the world as a clone. The newcomers fare less well. DeWanda Wise and Mamoudou Athie are basically just there as wafer-thin add-ons, and Dichen Lachman is just there to be evil and exotic, traits she can play in her sleep by now.

In the end, it is what it is. If you want dinosaurs, chases and familiar faces, Jurassic World Dominion delivers. If you want some spice, blood and surprise, you'll have to look somewhere else.

Do you feel this content is inappropriate or infringes upon your rights? Click here to report it, or see our DMCA policy.
Colin TrevorrowEmily CarmichaelDerek ConnollyChris PrattBryce Dallas HowardLaura DernActionAdventureSci-Fi