Ard Vijn
Editor, Europe; Rotterdam, The Netherlands (@ardvark23)
Tweet Post Submit
In 2018 I saw 156 films, or 155 if you count two of the three Deadpool 2s as one. While that may seem like a lot to some people, what this number tells ME is that I've spent less time on films than I did in previous years. Colleagues like James Marsh and Todd Brown were well past this number before the year had half passed, for instance. And considering that only a few of the films I saw actually qualify as "released in 2018", I don't feel justified to write a separate "Top 10" article of best films (though I did participate in our yearly round-up of course).

Here is my list of acquisitions made, festivals visited, and films seen, all in 2018. And may 2019 be a fortuitous year for you all! 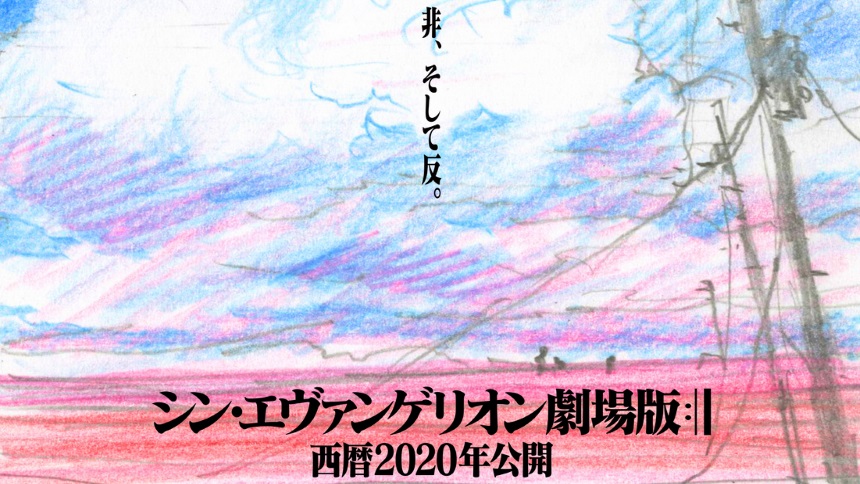 "Evangelion! Now that I have your attention..."

Normally this sentence is told with the word "sex" instead of "Evangelion", but as with every year I checked which of my articles was the most-read, and the winner was the one where I wondered if we'd ever see Anno finish the final Rebuild of Evangelion film.

I wrote some lewd stuff as well this year, but that got nowhere near as much traffic. So this proves conclusively that traffic-wise at least, Evangelion is better than sex! 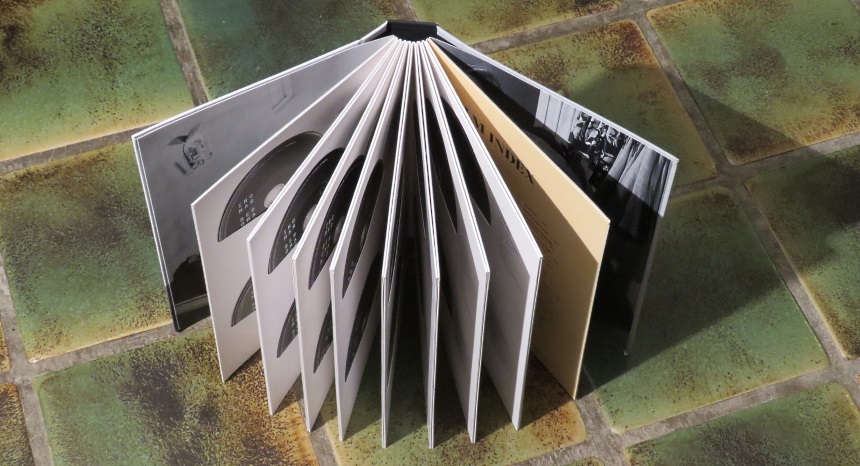 While Versatile Discs, and indeed all physical media, may be on their end-run as far as the general public is concerned, 2018 had no shortage of great releases. Arrow and Anime Limited did their thing, StudioCanal thought up some fun stuff to do with their John Carpenter titles, and Indicator continued releasing stellar boxsets. German and French distributors happily kept pimping titles old and new.

But when the absolutely stellar Revolutionary Girl Utena 20th Anniversary Ultra Edition Blu-ray boxset by US-based publisher Nozomi / Lucky Penny arrived, I wrote a "Pretty Packaging" article about it with the title The REVOLUTIONARY GIRL UTENA Boxset Wins All Duels. Except it didn't.

Criterion deployed a tactical nuke in this battle, when in November the company released their 39-film Ingmar Bergman boxset. That's no typo: it has 39 films in it (41 if you count the alternate versions of Fanny and Alexander and Scenes From a Marriage). And that, as they say, was that.

As a fan of big monsters, US cinema sure as hell catered to me in 2018. Three films stand out in particular, because I had no interest in any of them initially and each time I was dragged into the cinema by my kids. Also, all three films ought to have had an R-rating but couldn't. Bah! And you know what? I had a blast with each and every one of those three.

The Meg worked because it knew exactly what kind of "big and dumb" it wanted to be. Some of the shocks in it are even so painfully obvious, that you can almost count them down with a "3... 2... 1...". But instead for horror, the film works as a glimpse at a cool sci-fi world, in which the giant shark is just one part, an episode in a television series perhaps.

Rampage worked because it knew exactly what kind of "big and dumb" it DIDN'T want to be. Inserting disturbing content by the truckload, it had no right to be as cool as it ended up being. Death jokes, gore, a resident-evil-in-space-bit, and a wolf eating out of a city-bus as if it's a can of dogfood... Rampage skirts an R-rating by the merest of margins.

Aquaman, finally, decided to just not be arsed with any of the extended DC universe and just go off on a crazy comic book adventure, with some incredible visuals and great action scenes. Also, it had the best big monster of them all in it. It's a sugar-rush of a film, and definitely big-and-dumb, but it made me damn happy. 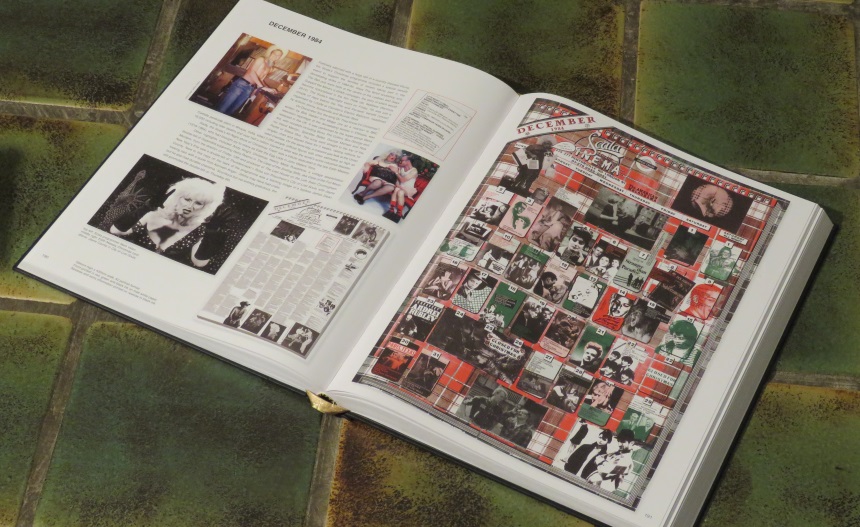 Each year this list contains a book, and 2018 is no exception. Fab Press printed a volume of all the monthly schedule posters of the Scala Club-Cinema in London from 1978 till 1993, and it's a treasure trove of everything that makes film cool.. Each poster gets two pages dedicated to it: one for the image, the other for a brief overview of what happened that month. The remainder of its 424 pages are filled with the theater's history, funny stories, the works.

Written by Jane Giles, the Scala's very own programmer at that time, this book is a marvel, even if (like me) you never got to visit the Scala or were part of its club. 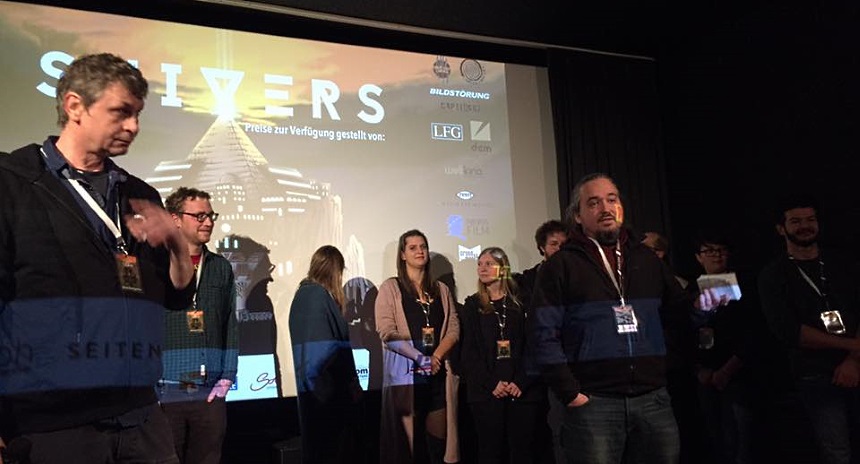 In Germany, right on the border with Switzerland, there is the city of Konstanz, and in it resides a small arthouse cinema called the Zebra. But as Yoda would say: "Judge by size you should not", because this Kino is run by a kick-ass crew, who manage to host no less than three film festivals every year.

2018 marked the fourth year of the Shivers festival, and I was invited to be a jury member of the short films section. Let me tell you: I got spoiled rotten by the festival, and not just because I was given the full VIP treatment. The theater sports a great projector, the festival's selection of films was fantastic, and the enthusiastic crew was a hoot to be around.

If these people invite you to their festival, run, don't walk.
And run TOWARDS them! 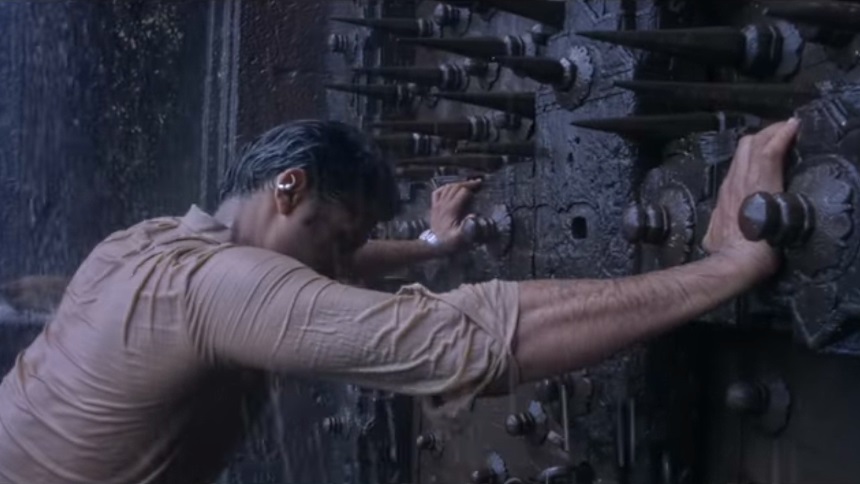 The Shivers film festival provided me with a viewing of one of my most-loved films of 2018: audience favorite Tumbbad. If you think Indian cinema is all about making films that are three hours long, full of mood shifts and songs, think again: this is a lean, mean horror fairytale with great visuals, great atmosphere, and a kick-ass horror soundtrack. It clocks in with 100 minutes and doesn’t have a single boring moment in it. I loved it!

Our J. Hurtado loved it as well, and here you can read his review. 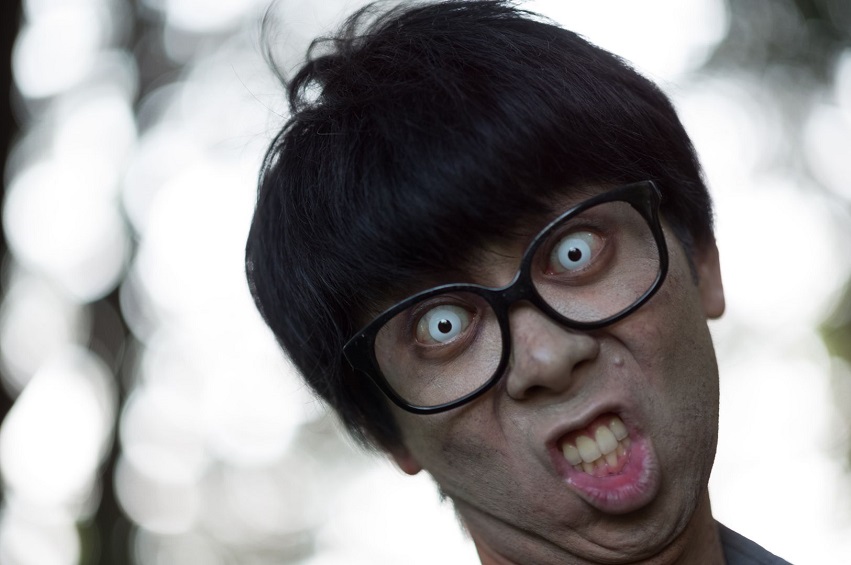 Keeping with festival favorites, next up is the audience winner of the Camera Japan Festival in Rotterdam, and indeed one of this year's most jaw-dropping success stories: the sublime One Cut of the Dead. Yes, once again a zombie flick has managed to wriggle, stomp and ooze its way into my yearly musings. But damn, when zombie flicks are this much fun, they are allowed in.

Get prepared for major disappointment, because the first 35 minutes will probably make you wonder why the hell everyone is loving this title. But stick around, and watch how every bit that annoyed you at first unfolds into pure bliss, during the film's ingenious second half.

Don't believe J. Hurtado's hype, just experience this for yourself. 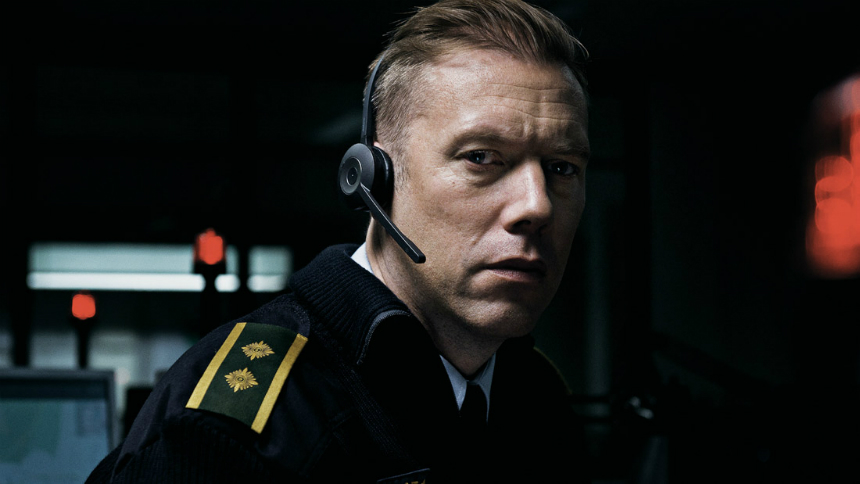 Keeping with festival favorites, next up is the audience winner of the International Film Festival Rotterdam: Gustav Möller's tense Danish 911-thrlller The Guilty.

Like with One Cut of the Dead, The Guilty proves that one good idea can trump having no budget. Both films are debuts, both are magnificent and both turned out to be commercially viable audience favorites. So there.

In his review, Peter Martin describes what makes this film so great.

In 2018 I took a Netflix subscription, quite possibly one of the last persons to do so. Why did I finally relent and join up? Because I had to.

I'm a hoarder and will buy Blu-rays of anything I like. But some things can only be seen on Netflix, and when Alex Garland's Annihilation turned out to become a Netflix exclusive where I live, I had no choice but to try out its one free month.

And after my kids discovered we had Netflix, there was no way I could stop the subscription. Not with my life intact, at least... 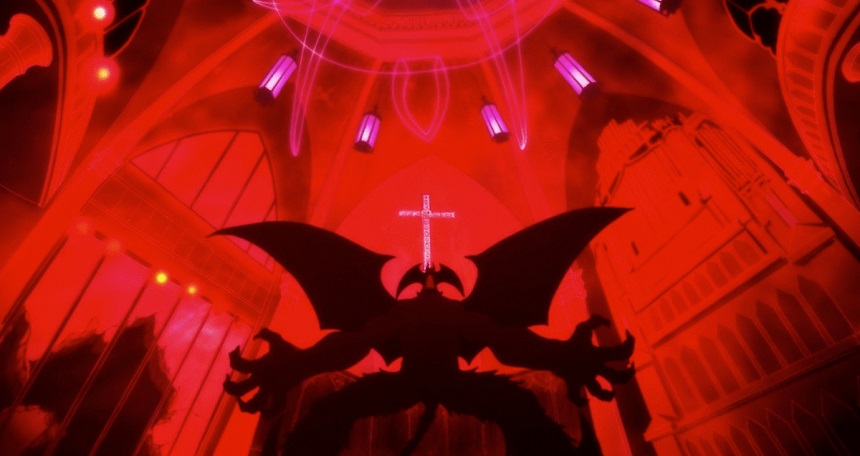 As it turned out, being a subscriber to the evil empire that is Netflix did have its boons, and one of them was being able to watch Yuasa Masaaki's anime adaptation of Go Nagai's Devilman character, Devilman Crybaby.

As a big fan of Yuasa Masaaki (especially when Eunyoung Choi is producing), I took the plunge and emerged in shock ten episodes later. Few people can move me like Masaaki can, and I had been thoroughly punched in the gut. His series is alternatively funny, cool, sexy, and camp, but also unbelievably sad and brutal. There appears to be no line Masaaki wasn't allowed to cross. He gives the series his own distinctive style, and is not afraid to leave a big footprint on your soul as well. 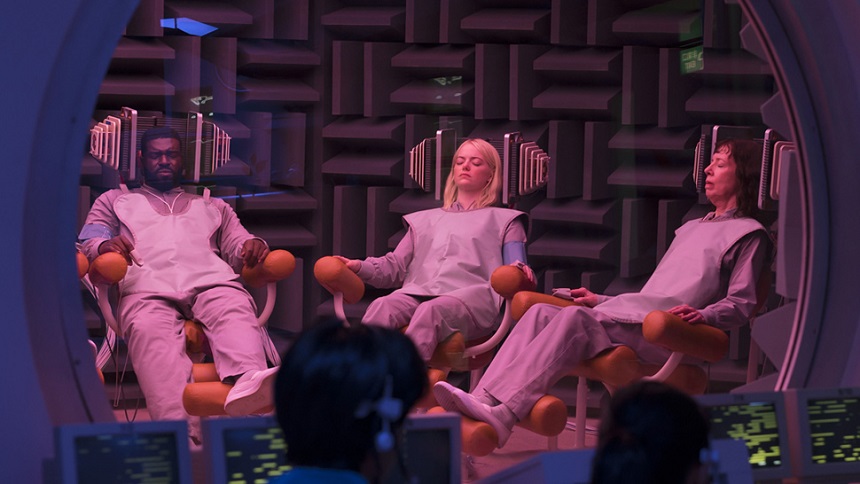 Sticking with Netflix for a moment: it wasn't just anime series which pushed a few envelopes, there was live-action science fiction as well. I liked the "more-Blade-Runnery-than-Blade-Runner-2049" series Altered Carbon a lot, warts and all, but my favorite new series last year was Cary Joji Fukunaga's Maniac, starring Jonah Hill and Emma Stone.

And finally, I end with my favorite film of the year: Alex Garland's Annihilation. I hate that I had to see it on a television, and do hope I will get the chance to see it in a cinema once (but at least I was lucky enough to attend a masterclass by DNEG's VFX Supervisor Andrew Whitehurst, hosted by the Imagine Film Festival in Amsterdam, and that was awesome).

Anyway: even on the small screen, Annihilation proved to be mesmerizing, a mostly benign jolt to the brain. Garland's previous film Ex Machina was my favorite film of 2015, and his newest tops 2018 for me. Needless to say, I cannot wait to see what he will do next...