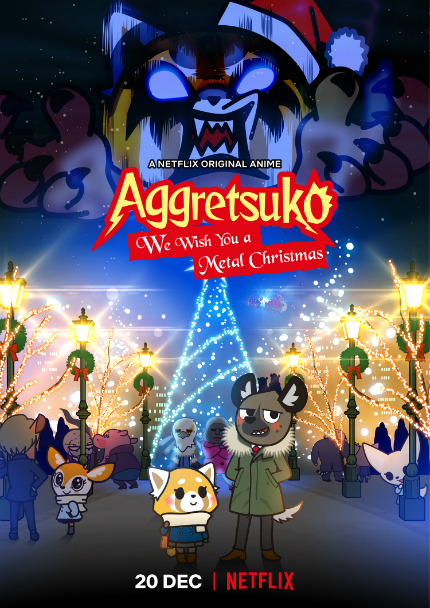 Two remakes of note and a nifty animated special are all on their way.

Jake Gyllenhaal will star in an English-language remake of Gustav Möller's The Guilty, according to Variety. The original Danish thriller, which I very much enjoyed, follows a police detective on probationary duty who takes a phone call that proves to be life-threatening.

Möller and original producer Lina Flint will serve as executive producers on the project. See my interview with Möller for more insight into his development of an idea into a very tense, real-time thriller.

Another European thriller is also heading for an English-language remake. Jodie Foster will star in and direct a new version of Woman at War, per Deadline. The original Icelandic war-thriller, directed by Benedikt Erlingsson (Of Horses and Men), follows a music teacher in her 50s who is an eco-terrorist on the sly. Then, her long-awaited application for adoption is approved, causing her to become torn between saving the environment and becoming a single mother.

As might be expected, Foster will move the setting from Iceland to the U.S., specifically to the American West. Like The Guilty, Woman at War has been submitted for Academy Award consideration in the foreign-language category.

Even though I am not a "holiday person," I truly loved Aggretsuko, the fabulous animated series about the collision between death metal as a saving influence in the humdrum life of an office worker, so I am happy to share the advertisement Netflix recently posted about the upcoming holiday-themed special that will be debuting on the service on December 20, We Wish You a Metal Christmas. Enjoy!

Do you feel this content is inappropriate or infringes upon your rights? Click here to report it, or see our DMCA policy.
Benedikt ErlingssonGenre BriefsGustav MollerJake GyllenhaalJodie Foster