Indonesian Teaser Premiere For THE RAID 2: BERANDAL! Get Your First Taste Of The Action Now! 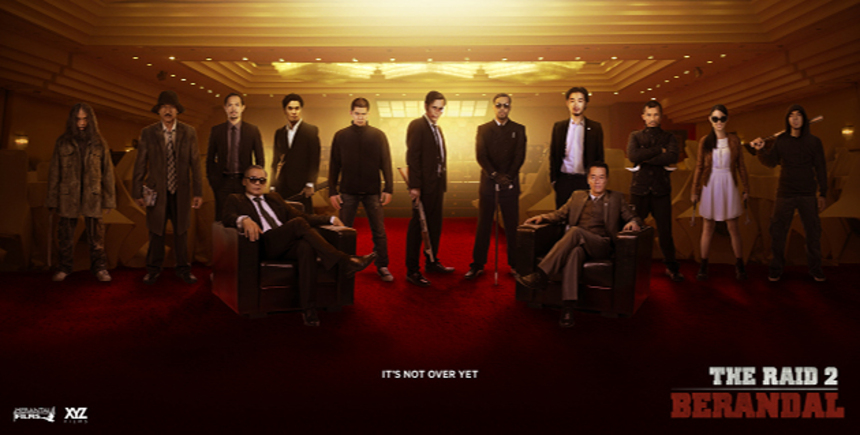 Indonesian action star Iko Uwais will be back on the big screen in 2014 with the release of Gareth Evans' The Raid 2: Berandal and ScreenAnarchy is proud to premiere the first Indonesian teaser trailer for the film. While the first film may have been confined to a single building this new offering continues that story and broadens things out considerably, both in terms of locations and the scale and scope of the characters and action. And while this may be a teaser it shows off a lot of the key faces and snippets of a handful of major set pieces to give a sense of what is coming.

Iko Uwais, Arifin Putra, Alex Abad, Oka Antara, Tio Pakusadewo, Julie Estelle, Cecep Arif Rahman, Cok Simbara, Yayan Ruhian, Matsuda Ryuhei, Endo Kenichi, and Kitamura Kazuki star. Check the trailer below. And be warned: Evans says it's to be played loud through headphones or big ass speakers only. Listen through a phone or laptop and Hammer Girl is coming to get you.

Do you feel this content is inappropriate or infringes upon your rights? Click here to report it, or see our DMCA policy.
berandalgareth evansiko uwaisthe raidthe raid 2trailer