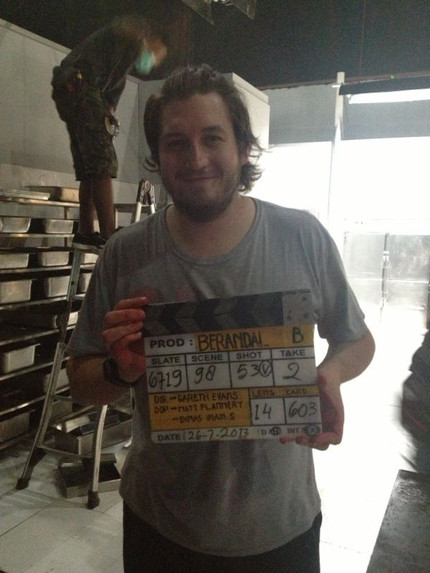 See that haggard looking man hold the film slate? That's The Raid writer-director Gareth Huw Evans, the slate he's holding being for the final shot of principal photography on upcoming sequel The Raid 2: Berandal. The seven month production cycle now complete, things now move along into post production with completion of the film expected in early 2014.

Do you feel this content is inappropriate or infringes upon your rights? Click here to report it, or see our DMCA policy.
berandalgareth huw evansiko uwaisthe raidthe raid 2