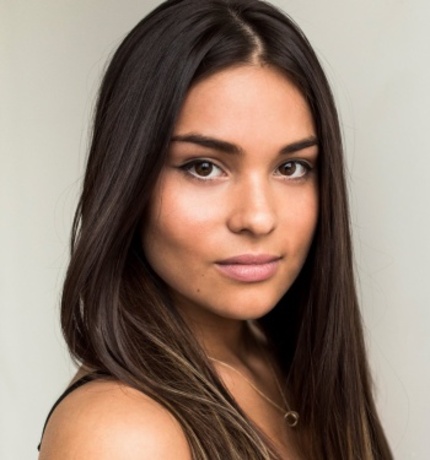 When we at ScreenAnarchy were all making our 2014 year-end lists, I put an item in mine about Rhymes for Young Ghouls, and in particular about its lead actress Kawennáhere Devery Jacobs. About her, I wrote:

"...the story introduces Aila, played fantastically by Kawennáhere Devery Jacobs, and she turned out to be the single protagonist I cheered for the most in 2014." (...) "She's a standout talent, and I hope we'll be seeing her a lot more often in the future." (...) "...after seeing Rhymes For Young Ghouls I'd already pay just to watch her read a phonebook."


Well, apparently it's time to pull my wallet and put my money where my mouth is, as Kawennáhere Devery Jacobs has launched a KickStarter campaign to fund the making of a short film, written and to be directed by her. The name of the short is Stolen, and will try to raise attention to one of Canada's tragic issues: the bizarre high number (easily far more than a thousand) of indigenous women who have been filed as missing, or found murdered recently.

In her own words:

"You can't turn on the news or scroll down your newsfeed without hearing about yet another native girl who is missing, ANOTHER girl whose remains have been discovered. As an Aboriginal woman, I am three times more likely to be a victim of a violent crime. I am also four times more likely to be murdered than non-native women are. For the size of our population, Aboriginal women account for an incredibly overrepresented percentage in missing persons and murder statistics (Amnesty International, 2014)."

Stolen will focus on the events and life of a 14-year old girl who becomes part of these chilling statistics. Kawennáhere Devery Jacobs is asking for a total of 15,000 CAD to fund the production, and has already enlisted the help of some great people, including some of the Rhymes for Young Ghouls crew. So check out the spot below and/or visit her page here.