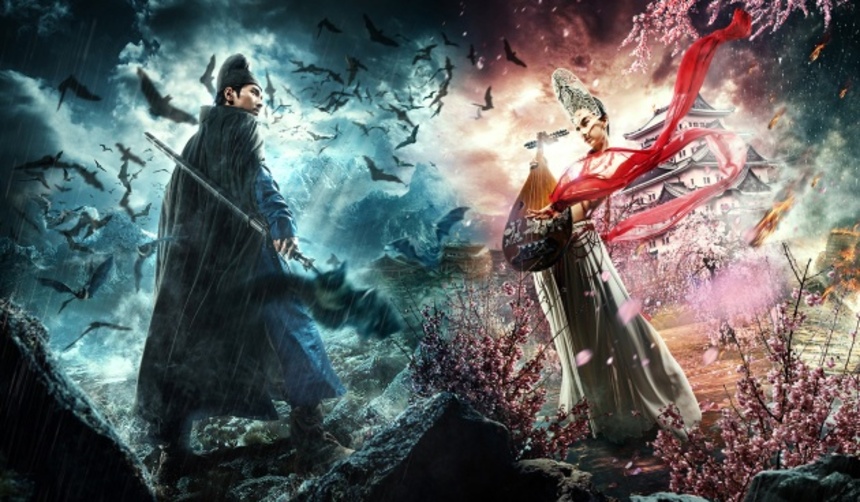 (You WILL believe a man can fly, provided he jumps hard and adds enough corkscrews in mid-air...)

One of the great things of film festivals is that they sometimes allow you a rare chance to experience foreign films as they are supposed to be seen. Little discoveries are great, of course, but to see a huge-budget extravaganza on a big screen in 3D is a treat as well. Case in point: the Imagine Fantastic Film Festival in Amsterdam showed Tsui Hark's Young Detective Dee: Rise of the Sea Dragon 3D.

At first I was a bit apprehensive, as the word-of-mouth about the film coming from colleagues wasn't exactly flattering. I liked the previous Detective Dee film which starred Andy Lau, so a prequel without him obviously had a few strikes against it already. But when the very high audience ratings came in I decided to go see it anyway, and I'm glad I did, as a very good time was had by all.
So what's it about? Read on...

In pre-medieval China, weird things are afoot, or rather afloat. When the Chinese war fleet is rumored to have been attacked by a huge monster, the Empress orders an investigation into the event. To stop unrest, the rumor needs to be debunked successfully within a week or the chief of police will lose his head.

The chief of police is obviously not happy with this, but he gets help from Dee, a young and fearless detective who has just arrived in town. Dee is of the opinion that even the strangest events can be solved by solid police-work, as long as it uncovers the conspiracy behind it. Soon, young detective Dee is on the trail of rebels, lizard men and assassins. And on top of that he tries to save a beautiful courtesan from the wrath of the Empress herself...

I do not pertain to be able to imagine what happens inside the mind of director Tsui Hark. But when he was given the cinematic tool of 3D to work with, his brain must have screamed: "NEW TOY! NEW TOY!

For few directors have been able to so fully embrace the possibilities of 3D as can be seen in Young Detective Dee: Rise of the Sea Dragon.

Sure, objects will be thrown at the audience, and the camera will dive diabolically through virtual landscapes at times. But Tsui Hark does other things with 3D as well,some of which I've never seen before. Whenever Detective Dee notices something, details in the crowd, a face, or a belt buckle, it will move slightly forward in 3D, becoming more eye-catching. A cloud of invisible poison gas has its edge marked with a slight 3D-ripple-effect. When foreign languages are spoken, subtitles appear which move around objects. Only a few minutes in the film, some subtitles are even washed off of the screen by the same high waves which push the Chinese fleet aside, straight into the camera.

Speaking of the opening minutes: when a movie's pre-opening sequence is more spectacular than most films in their entirety, you know you're in for something special. Hell, even the opening credit sequence itself beats most films.

Tsui Hark is of course perfectly able to get wild enough in two dimensions already, and that is putting it mildly. In Detective Dee and the Mystery of the Phantom Flame, he put Andy Lau in a martial arts fight with talking deer, and it's hard to think of him being able to conjure up anything stranger than that. In Young Detective Dee, he sure tries though: people use impossible physical prowess to battle armored killers, swarms of bees and, with the help of a catapult to gain sufficient height, a Godzilla-sized monster.

Oh, and in this world, you can use martial arts to scale buildings. No matter how high a tower, a few twists and turns in mid-air will always provide you straight access to the roof.

It's fair to say then, that the Detective Dee films are not exactly known for historical accuracy, nor was that obviously ever the intention. Tsui Hark shows China as a fairy-tale wonderland, akin to the Bagdad of countless Alladdin and Sinbad films, with unflappable heroes having to rescue beautiful maidens from fearsome monsters.

So go in with the mind of a twelve-year-old expecting to see a Ray Harryhausen film, and you will be entertained no end. Young Detective Dee is a gloriously sumptuous-looking film, the art direction leaking opulence with every scene.

And Kenji Kawai in full bombastic-mode provides an orchestral soundtrack, so the film sounds as great as it looks.

For the role of young Detective Dee, Andy Lau was replaced with Mark Chao, and surprisingly Lau's absence doesn't harm the film. Chao doesn't look anything like a younger Lau, but he fills the shoes of the unshakable sleuth well enough. Angelababy provides the eyecandy as the damsel in distress, but on the female front it is Carina Lau as the Machiavellian Empress who has (and provides) most of the fun.

All in all this is silly entertainment on the grandest of scales, a Chinese counterpart to the Pirates of the Caribbean franchise. But make no mistake: this film easily wipes the floor with all but the first film in that series. I was surprised with how much I enjoyed myself. And I wasn't the only one, as the film ended high in the Imagine Festival's audience rating list.

And as long as Tsui Hark is on board, I'm up for all of these and more! 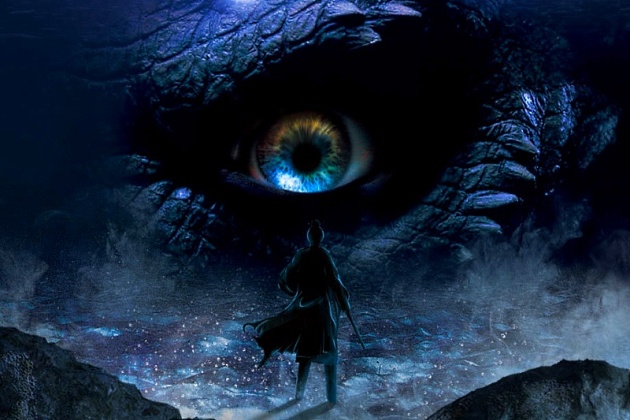 Do you feel this content is inappropriate or infringes upon your rights? Click here to report it, or see our DMCA policy.
AngelababyChinese fantasyDetective Deefairy taleTsui Hark