Ard Vijn
Editor, Europe; Rotterdam, The Netherlands (@ardvark23)
Tweet Post Submit
For the past few years I've written an alert of sorts about Germany's genre film festival Shivers, in the city of Konstanz. each time, the reason has been that the fest's line-up was unusually strong. In 2018 the festival allowed me to be on the jury for the short films, but I ended up seeing every single film at the festival (making it a point to catch up later with any I missed).

Well, guess what: this year's edition is no exception. It's a small festival, but holy shit does it kick ass HARD. How hard? Well, it starts with Taika Waititi's Jojo Rabbit and ends with a screening of Martin Scorsese's The Irishman. That's an indication of how hard.

But there is plenty to see, and if you're in the neighborhood I do urge you to check it out. A few highlights follow below. 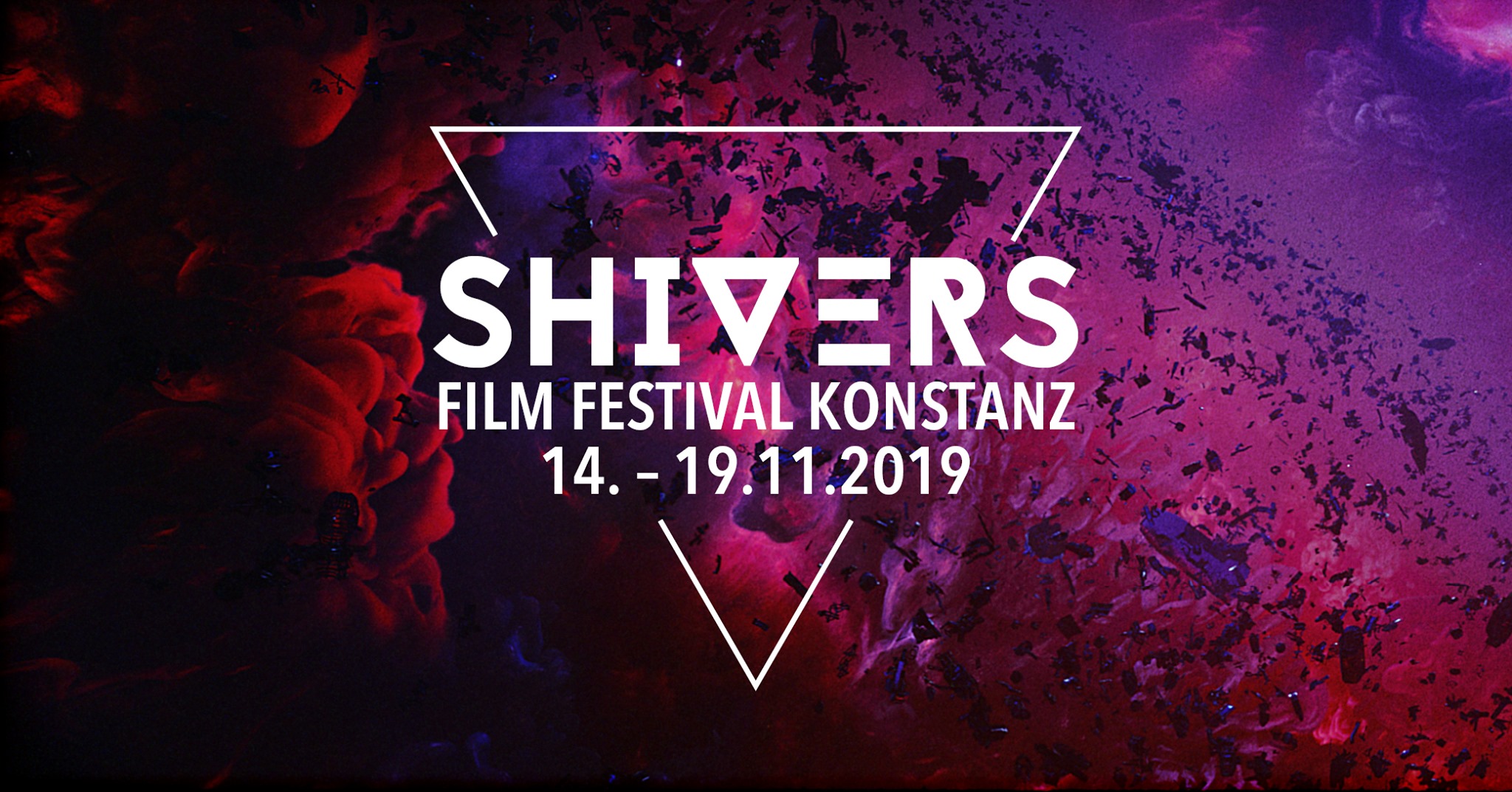 Also, for more information you can go to the SHIVERS website, where you can see the entire feature program and buy tickets. 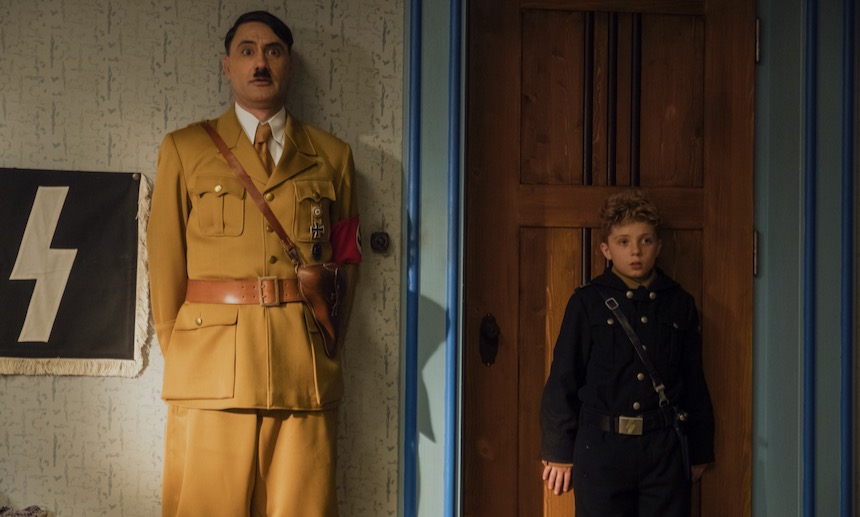 On Thursday the 14th, the festival starts with Taika Waititi's war-time comedy-drama Jojo Rabbit, which is not yet in cinemas in Germany. In it, we follow Jojo Betzler, a boy growing up in Nazi Germany while his father is fighting at the front. Jojo wants to be a good Nazi, and in the absence of his father he turns to his imaginary friend for advice. Unfortunately, that imaginary friend is his idolized version of Adolf Hitler...

In J.Hurtado's review, he calls the film:

...an immensely important and timely addition to the canon of anti-war art. Its themes of empathy, resilience, and humanity are perfect for a time in which all of the world seems to be at war, whether overtly or culturally, with each other. It's a reminder that there can be good in us, if we stop listening to the din and start seeing the truth with our own eyes.

In directing duo Seth Ickerman's Blood Machines, you get treated to some of the most impressive visuals of 2019, accompanied by a pulse-pounding soundtrack by Carpenter Brut. A loose follow-up to their earlier collaboration Turbo Killer (which will be shown as a short before the feature), the 50-minute film follows the crew of a space-ship who manage to shoot down a drone with a faulty AI. To their surprise, a ghost emerges from the drone, and as the entity (who looks like a beautiful naked woman) flies off into space, the crew give chase. And that's when things get psychedelic... This will be the first showing in Germany, and I can very much recommand catching this on as big a screen as possible.

In his review, Peter Martin states the following:

It feels like something that was lost in late 1979, discovered again in 1983, and then finished today. (...) Anyone who enjoys and/or merely appreciates darkly ambitious sci-fi spectacles will find nourishment from Blood Machines.

Also, the Ickerman team was kind enough to design the festival's poster this year. Neat! 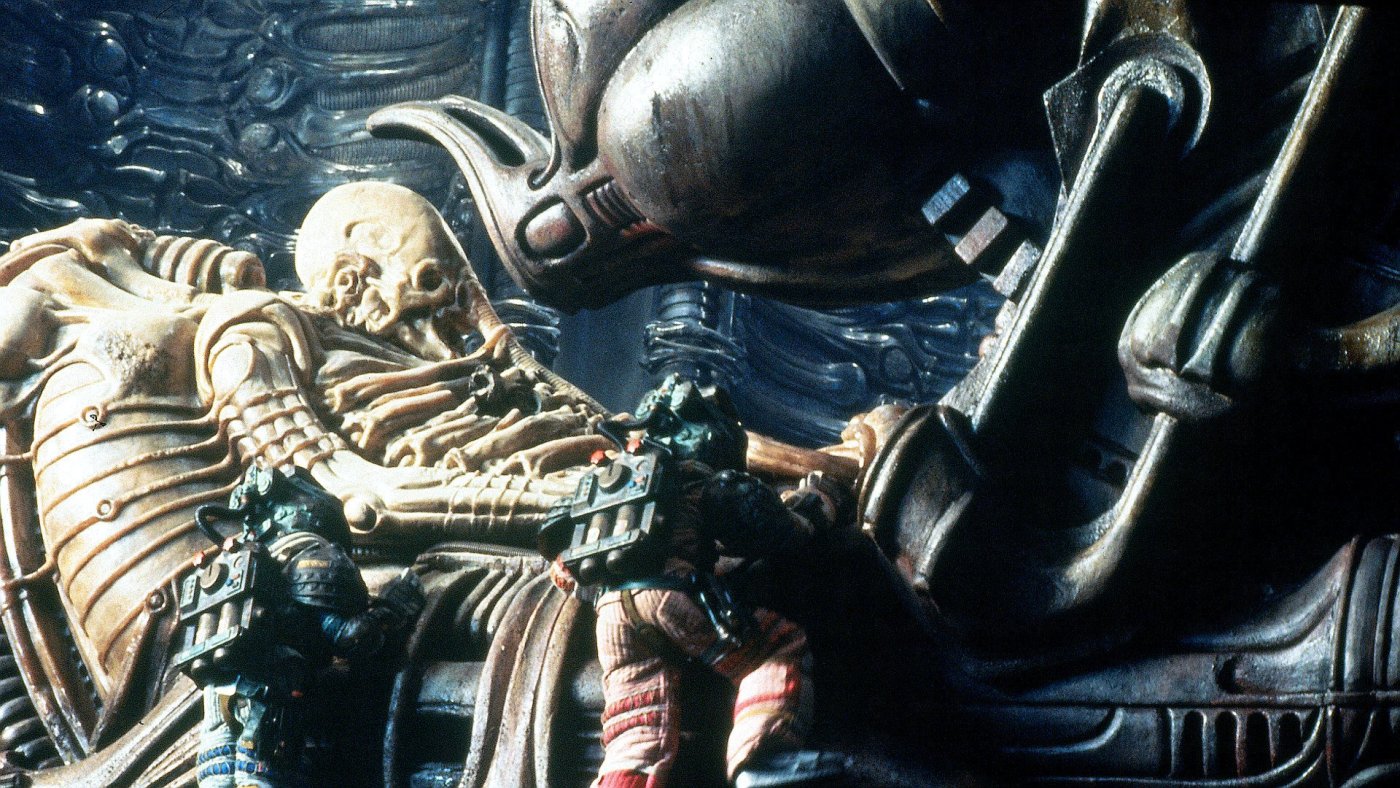 Last year, the festival showed Stanley Kubrick's 2001 - A Space Odyssey in 4K, and I say with confidence that it was the best showing of that film I've ever seen, with the festival tweaking their projector to the limit.

I wish I could be there this year on Saturday the 16th, when the festival will be showing Ridley Scott's Alien in 4K. What a treat that will be... 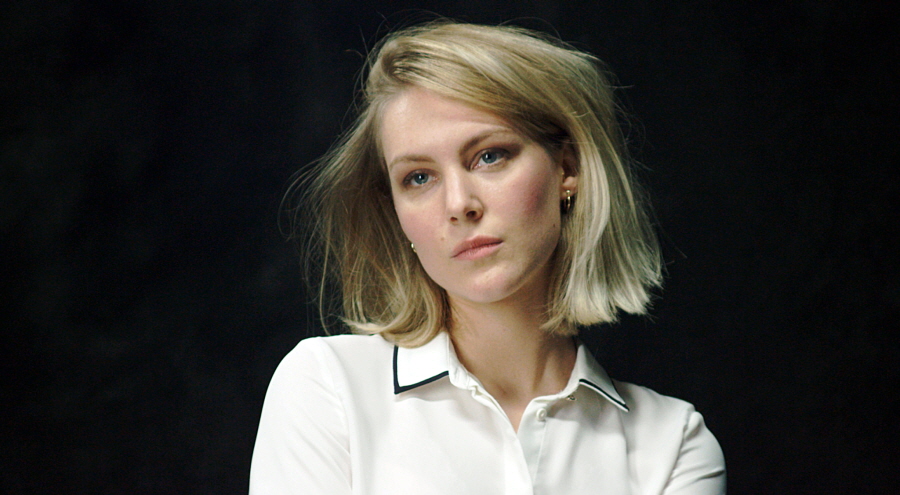 SHIVERS 2019 will also be featuring a kick-ass selection of shorts, about which we'll be publishing a separate article later this week. For now, let me just note that Yfke van Berckelaer's multiple award-winning Lili (seen above) will be one of the shorts being shown. 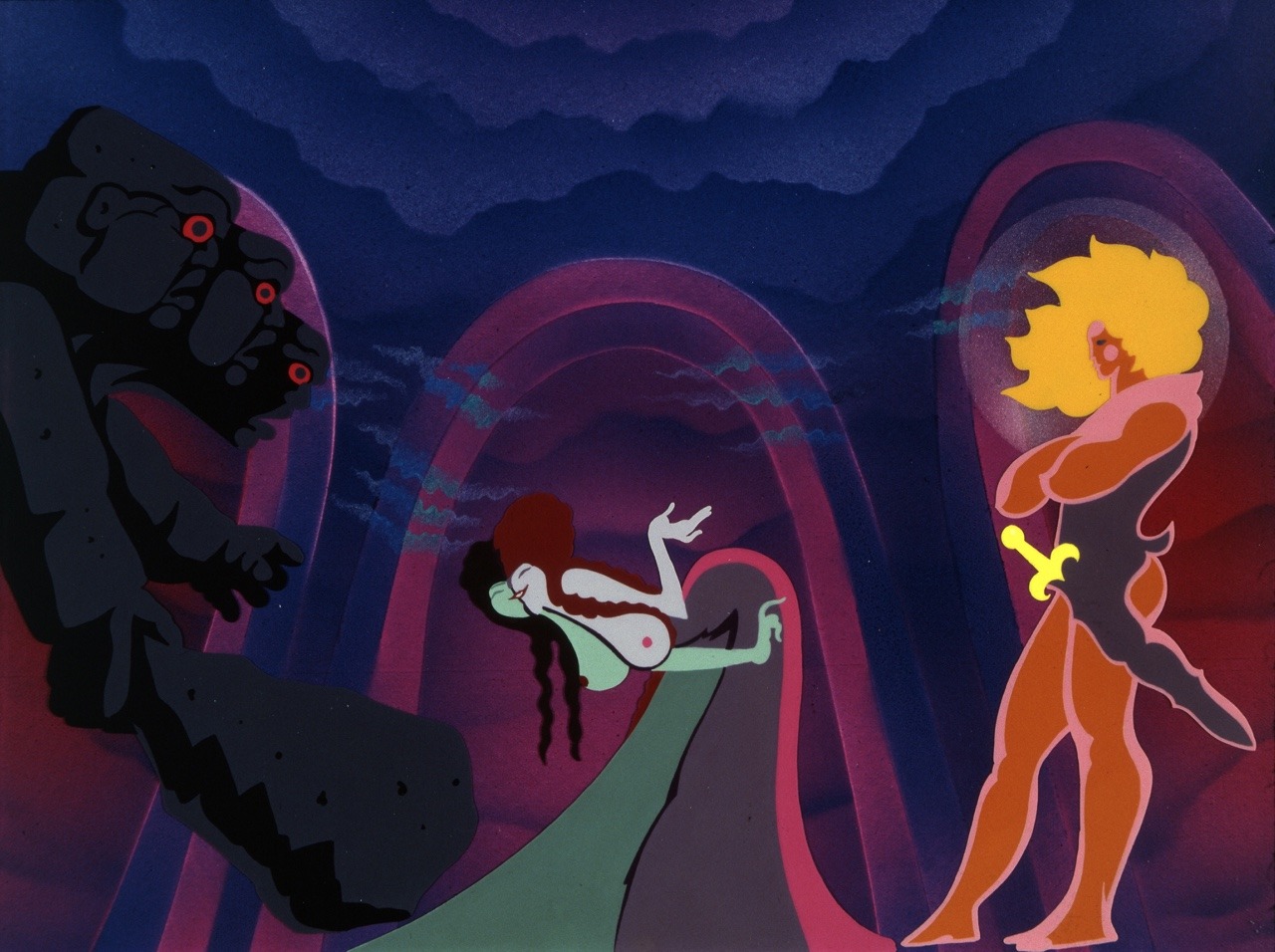 And now for something completely different: the Hungarian adult fairy-tale fantasy animation Fehérlófia. Made in 1981 by animator Marcell Jankovics, the film is based on an old myth and follows a poem by László Aranys. In it, the strongest man in the world travels to the underworld to rescue three beautiful princesses and slay three dragons. But the underworld is full of sneaky inhabitants...

The festival will be showing the film in a restored 4K version, which will next year be made available on disc, so catch it in a cinema while you can!

Five years after we ran an article asking people to crowdfund it, Ryan Spindell's horror anthology The Mortuary Collection is out and doing the rounds at festivals worldwide. SHIVERS 2019 is one of them and this marks the German premiere of the film.

It's a collection of weird tales told by a retiring mortician, played by Clancy Brown. And I think we can stop right there because Clancy is certified wonderful, and now you probably want to see it. 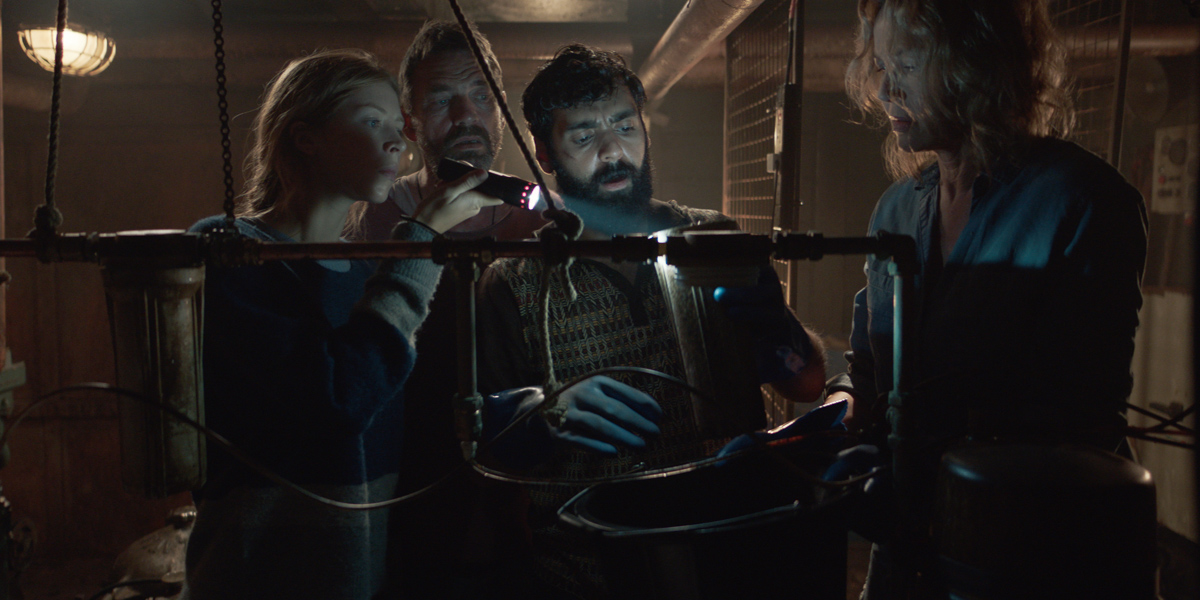 With Sea Fever, writer/director Neasa Hardiman has made a fine ocean-based creature feature. An Irish fishing vessel runs into a very strange giant luminescent creature, and the crew discover that its life-cycle has some incredibly disturbing (read: lethal) stages.

It nicks bits and pieces of plot from Alien and John Carpenter's The Thing, but the strong acting and characterization of everyone on board give this film an almost documentary-like quality. If you don't mind the odd spoiler, check out Jaime Grijalba Gomez' review. 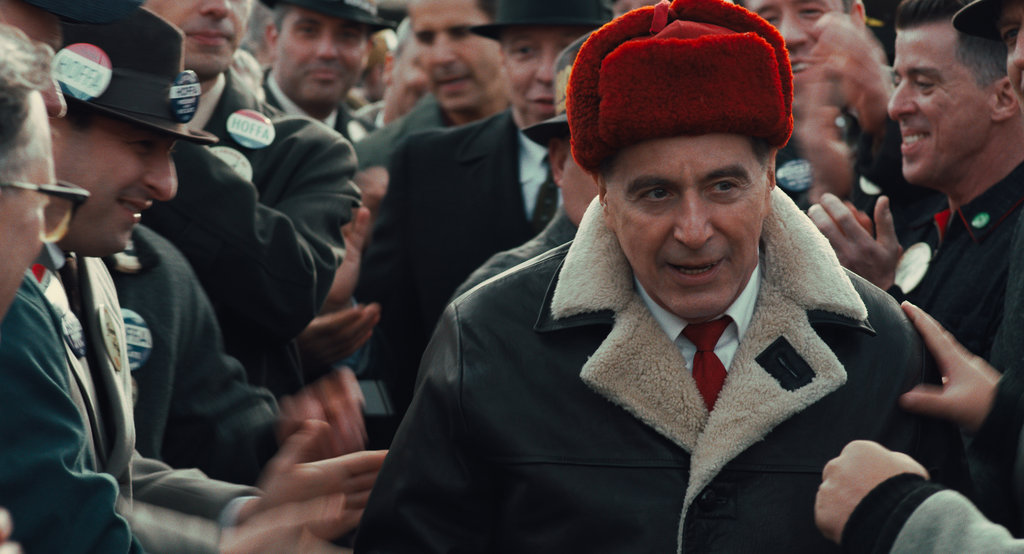 In a while we'll all be able to watch this on Netflix, but anyone who has seen the trailer knows this one belongs in a cinema. Also, check out Christopher Bourne's review.

And after that, it's goodbye for this year's festival, and there will be a long wait until SHIVERS 2020. Then agaian, I'm sure the team will have arranged plenty of special screenings and events between the two editions.

Also, there are more films in the festival I haven't mentioned yet, like Jallikattu and The Lighthouse. So check the fest's schedule at the SHIVERS website!