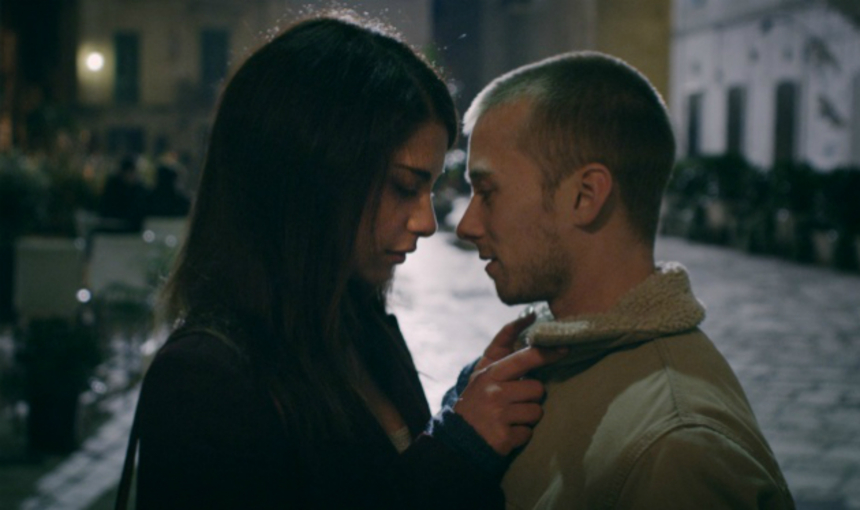 Neuchâtel International Fantastic Film Festival has quickly become one of the biggest and best in Europe, in no small part due to amazing programming, and 2015 looks to be no exception. I'm very honoured and excited to be on the Critics Jury this year, and I look forward to seeing some amazing films and galavanting in the Alps. Opening the festival is the world premiere of the new web series HELLvetia from Switzerland, and the closing will be the thriller Self/less, starring Ryan Reynolds, Matthew Goode and Ben Kingsley.

In the thrillers category, La Isla Mínima, one of the biggest Spanish hits of recent years, will make its Swiss debut, as well as a Hungarian musical (that combination alone guarantees that I will see it) Liza the Fox Fairy. Deathgasm, the latest from New Zealand's amazing new wave of horror, is a highlight of the Ultra Movies section. I'm also personally very excited about the presence of Australian director Russel Mulcahy, who will be presenting his film Razorback,

Probably the most exciting news is the International Jury, which either by coincidence or design, is all women. And not only all women, but including the one and only Zoë Bell (Kill Bill, Death Proof), who will be joined by Belgian director Axelle Carolyn (Soulmate), Sabrina Baracetti from Udine Far East Film Festival, Julie Bergeron from Cannes Film Festival, and famous Swiss artist Sylvia Fleury.

Full details are in the press release below. And if you see me around the festival, say hello!

This year's Neuchâtel International Fantastic Film Festival (3-11 July 2015) will feature an exceptional and prestigious official selection, as well as its first ever all-women jury composed of renowned figures of worldwide genre cinema. The festival's various categories (in and out of competition) will offer an overview of today's industry, and emphasize the great importance of fantastic films in the history of cinema through the Histories of Genre program, and the most anticipated Guilty Pleasures retrospective. In parallel, the Imaging The Future symposium, the New Worlds of Fantasy literary forum, and the TV Series Storyworlds conference continue to grow, as we will welcome the festival's celebrated guests of honour - Chris Carter and Michael Moorcock.

Composed of 14 films, the international competition will draw up a picture of a new generation of fantastic films that defines itself by way of an innovative visual language through the prism of auteur and independent cinema. These include: Crumbs, from Miguel Llansò (2015, Ethiopia, Spain, Finland), a strikingly beautiful surreal epic; Spring (2014, USA) from the talented duo Justin Benson and Aaron Moorhead; Turbo Kid from François Simard, Anouk Whissell and Yohann-Karl Whissell (2015, Canada, New Zealand), a post-apocalyptic instant classic; Gaz de France (2015, France), or the art of the absurd from French rising star Benoît Forgeard; Scherzo Diabolico (2015, Mexico, USA), from Adrián García Bogliano; and Der Polder (2015, Switzerland, Germany), a groundbreaking and visually stunning film from Julian M. Grünthal et Samuel Schwarz, will proudly represent the European/Swiss tradition of genre cinema.

Showcasing the latest masterpieces from Asia, the 2015 selection is of exceptional quality. A case in point would be Full Strike from Derek Kwok et Henri Wong, a zany comedy that revives the golden age of Hong Kong cinema. We will also screen the very impactful Office, the first feature directed by Hong Won-chan, and Yakuza Apocalypse, an incredibly fun and frantic mix of action, yakuzas and vampires from the unstoppable Takashi Miike. Last but not least, the unmissable Nowhere Girl from the great Japanese director Mamoru Oshii.

Films of the Third Kind and Ultra Movies

The Films of the Third Kind category will bring together the greatest thrillers of the year. Don't miss out on: La Isla Mínima (2014), a sweltering and crushing investigation from Spanish filmmaker Alberto Rodriguez; Liza the Fox Fairy (2015) from Károly Ujj Mészáros, a Hungarian musical; Men & Chicken from Anders Thomas Jensen, a highly inappropriate comedy that will easily win over fans of transgressive cinema; Love from Gaspar Noé, who comes back to tackle the romantic genre with an unashamed 3D experience; I Am Here (2014), the first film of Danish director Anders Morgenthaler, which will be a high mark for Kim Basinger admirers, as the famous actress makes a breathtaking comeback.

To spice up your evenings, the NIFFF also offers features in the Ultra Movies category. The films, screened at midnight, propose an overview of the horror genre and extreme cinema. We'll start strong with Deathgasm (2015, New Zealand) from Jason Lei Howden. This will be followed by Contracted: Phase II (2015) from American director Josh Forbes; Hard to Get (2014), an explosive, adrenaline-fuelled actioner from South African filmmaker Zee Ntuli; and True Love Ways (2014), a nightmarish tale in black and white from Switzerland-based Mathieu Seiler. And finally, Pos eso (2014), a playdough-made horror flick from Spaniard Sam, will delight fans of animation.

For its third edition, the Histoires du Genre program will invite the audience to take a trip back in time and around the globe through new documentaries, among which are Instinto Brass (2013) from Italian director Massimiliano Zanin, who presents the life and works of Tinto Brass, one of the most talented and most censored Italian filmmakers; Dark Star (2014) from Switzerland-based Belinda Sallin pays an homage to H.R. Giger, the creator of Alien and former collaborator of the NIFFF; and Chuck Norris Vs Communism (2015) from Ilinca Calugareanu, an ode to Chuck Norris fans from the former Soviet bloc.

The NIFFF will celebrate its 15th anniversary with a fun retrospective that goes back to the roots of genre cinema. About forty features - some rare, some classic - will draw up a picture of the 70s exploitation cinema, and trace the compelling journey of the visual language specific to these marginalised productions into mainstream culture. Two great figures of the industry will be here to present their works: Russell Mulcahy, the famous Australian director, will introduce the legendary Razorback (1984), a survival film set in the Australian outback. He will also act as a member of the Méliès jury, as we pay a tribute to his career by showing two other works from his filmography (Highlander, 1986, and Resident Evil: Extinction, 2007). Enzo Castellari will also be in attendance to present Il Grande Racket (1976). This unquestioned expert on Italian-style actioners directed the war films Quel maledetto treno blindato and The Inglorious Bastards (1978), as well as the spaghetti western Keoma (1976).