James Marsh
Editor, Asia; Hong Kong, China (@Marshy00)
Tweet Post Submit
It's that time of year again, when I share a few of my favourite Asian offerings from the back half of 2015. On the whole it has not been the best year for Asian Cinema, with Hong Kong in particular producing precious few genuinely great films. Celebrated filmmakers like Johnny To, Dante Lam, John Woo and Ringo Lam all had new films come out in the past six months, but none were particularly impressive.
Jia Zhangke's Mountains May Depart was a major disappointment, great for two thirds of its running time, before dropping the ball completely in its final act. Higuchi Shinji's two-part Attack On Titan was similarly all set-up with no pay off - and that's being kind.
It hasn't all been bad, however. While the list below is capped at 10, there have been plenty of other notable films to have emerged from the region in the past 6 months. S.S. Rajamouli's epic Baahubali: The Beginning, Wilson Yip's low-key yet enjoyable Ip Man 3, Kitano Takeshi's Ryuzo And His Seven Henchmen, Choi Dong-hoon's Assassination, Shin Su-won's Madonna and Raman Hui's record-breaking Monster Hunt are all worth checking out.
But enough with the pleasantries, here are my favourite Asian films I caught in the second half of 2015:
My favourites from the first half of the year are here 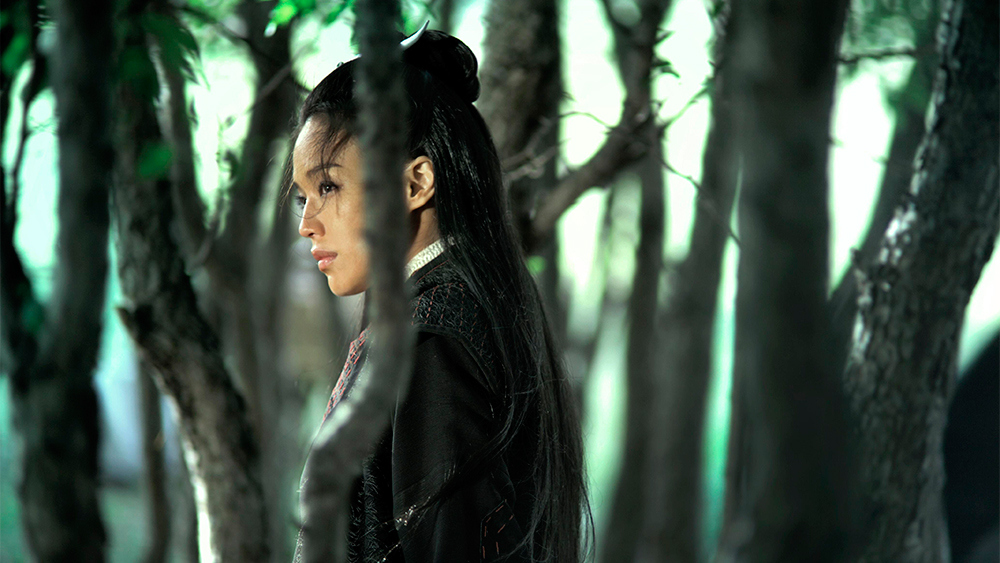 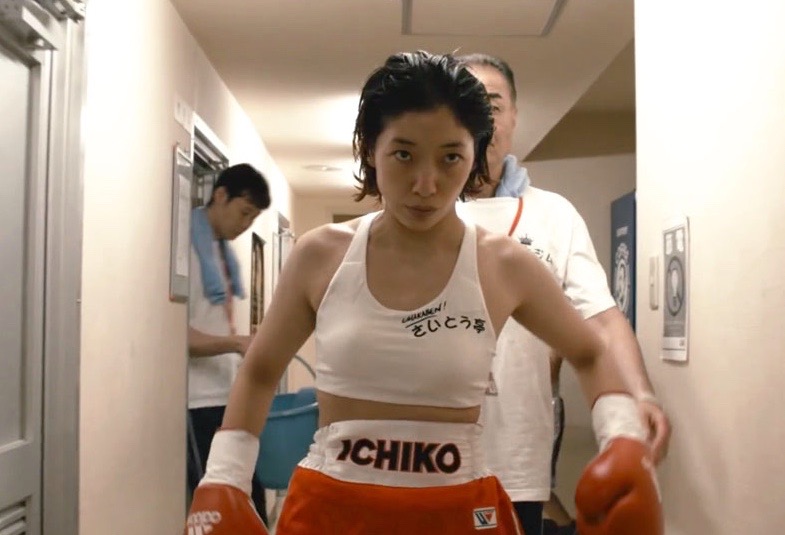 Punching its way confidently into my Top 10 of the year, Take Masaharu’s small scale character tale is an emotional rollercoaster that had me laughing, cheering and bawling my eyes out like a pathetic child. The mesmerising Ando Sakura plays the slobbish 30-something Ichiko, who is forced to get a job at the local 100 Yen shop when her mother finally kicks her out of the house. Following one unpleasant incident too many, Ichiko decides to turn her life around and take up boxing - and the transformation, both for the character and Ando herself, are incredible. 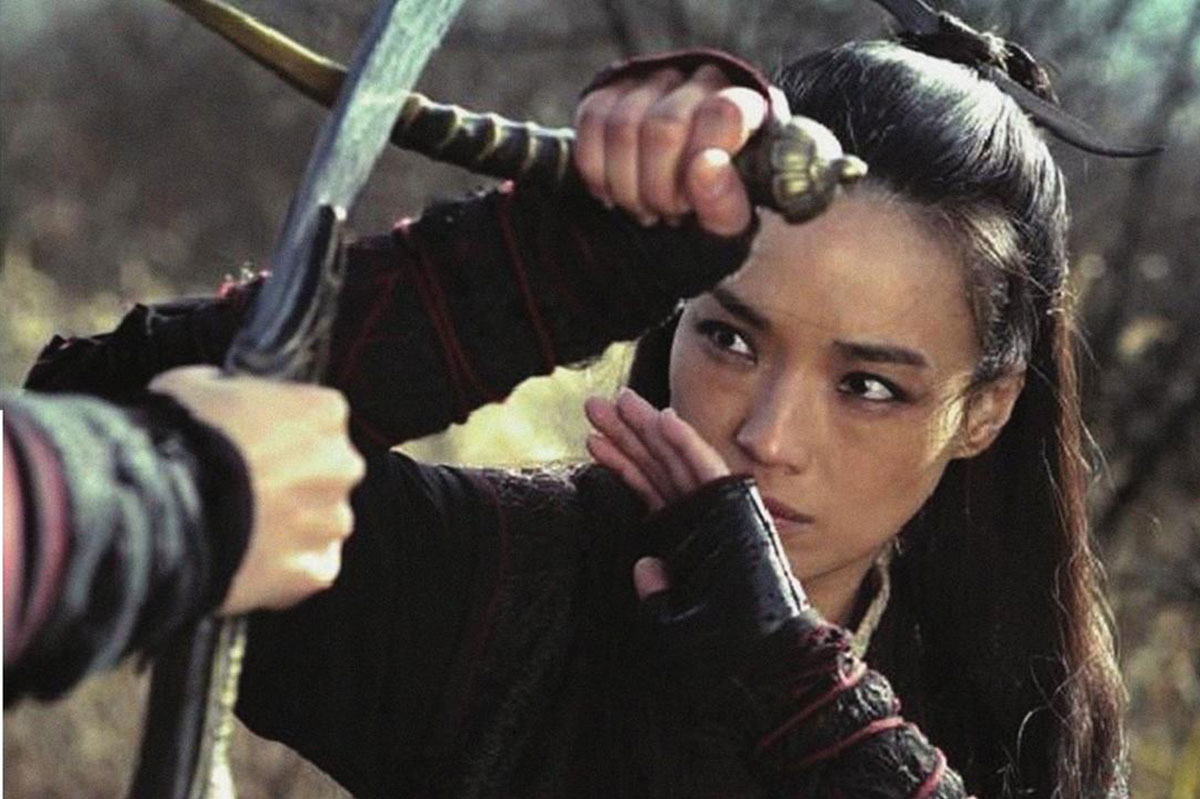 Far and away the best Asian film of the year, Hou Hsiao Hsien took a welcome step towards the mainstream with his first stab at a wuxia drama. Casting regular muse Shu Qi as the emotionally conflicted killer of the title, The Assassin broaches familiar themes including duty, loyalty and love, while capturing the innate beauty of northern China in a way too few films in this genre pause to appreciate. 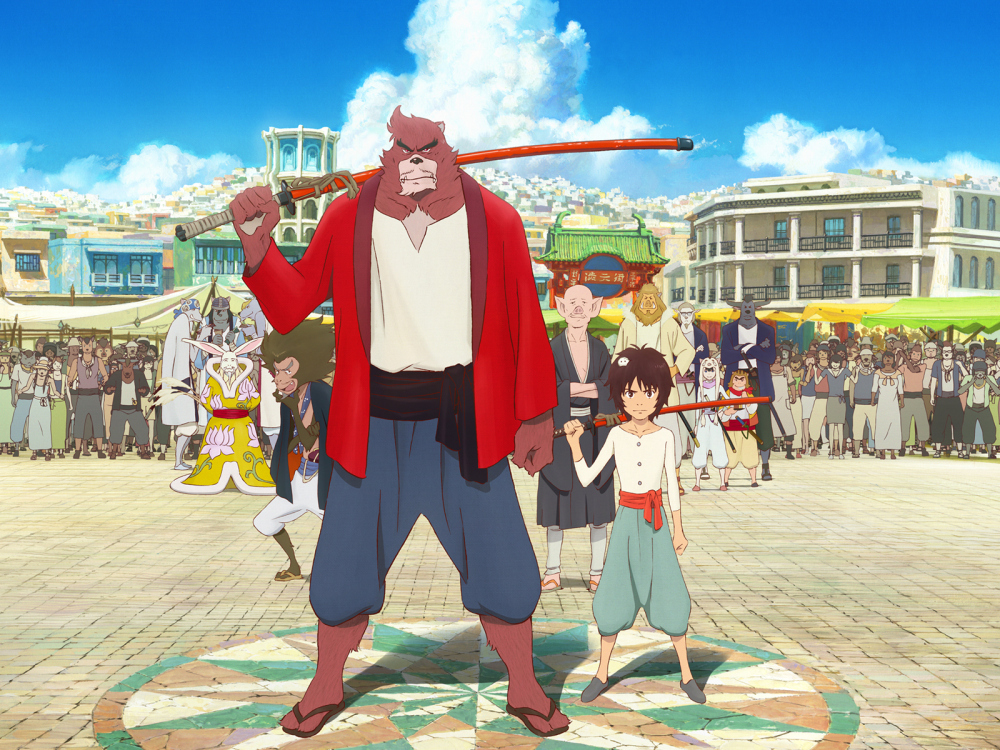 The Boy And The Beast (dir. Hosoda Mamoru, Japan)

The director of Summer Wars and Wolf Children cements his position as heir apparent to Miyazaki’s title of Japan’s Greatest Animation Director with this spirited tale of a street urchin who grows to become a formidable warrior under the tutelage of a hot-headed beast-man.

Read my review for the South China Morning Post here 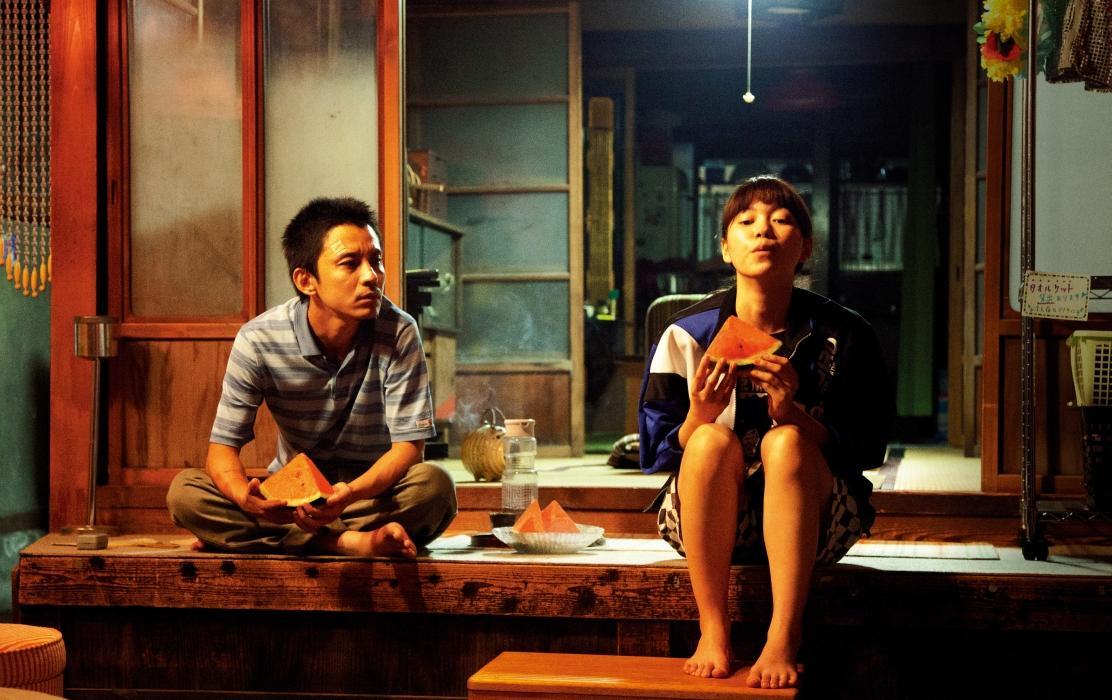 Sometimes the simplest of scenarios are the most effective. Yamashita, director of Linda Linda Linda, again uses musical performance as the backdrop for this story of a young thug who develops amnesia after a serious beating, only to emerge as an impassioned singer. Nikaido Fumi (Why Don’t You Play In Hell?) is the young band manager who takes a gamble on the mysterious Poochie, while Kanjani Eight frontman Shibutani Subaru is a revelation in the lead role. 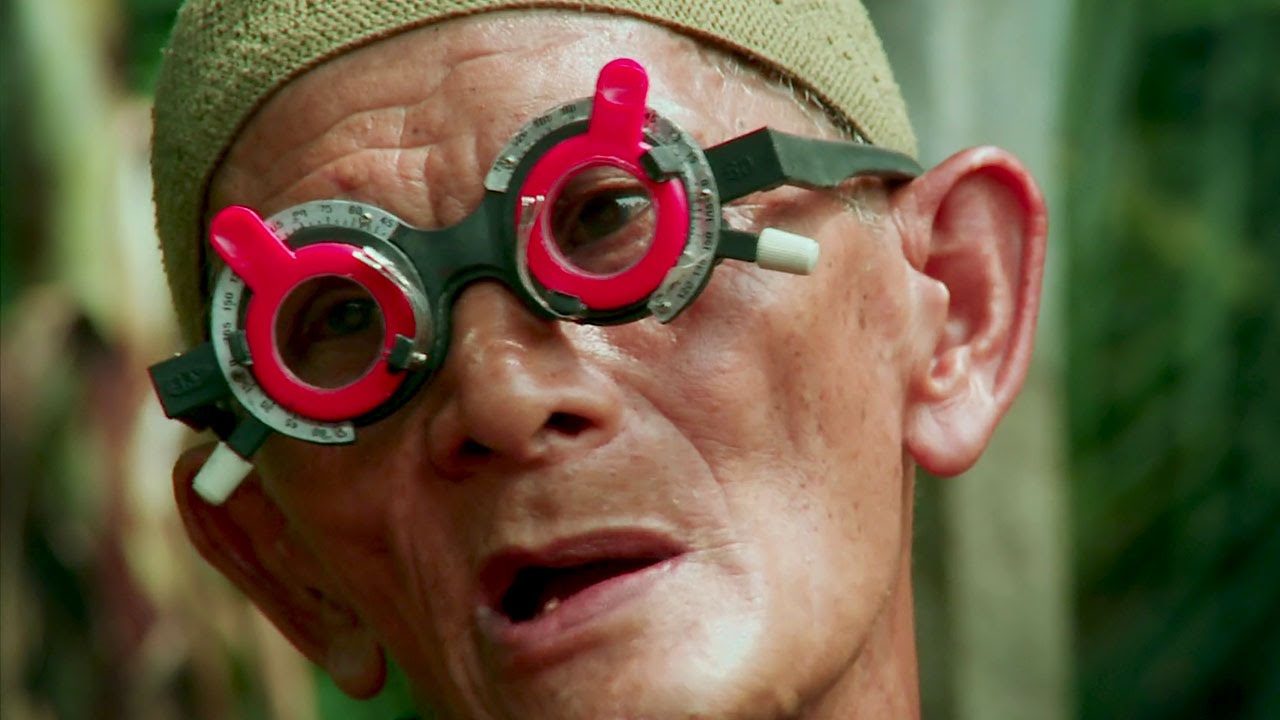 Oppenheimer follows up his chilling documentary The Act Of Killing with a film that is every bit as haunting and affective as its predecessor. Following a local optician as he tends to perpetrators, victims and relatives of the 1965 Indonesian genocide, Oppenheimer again probes a horrific war crime that has gone unpunished - or even properly addressed - for 50 years. The results are heartbreaking, terrifying and essential viewing. 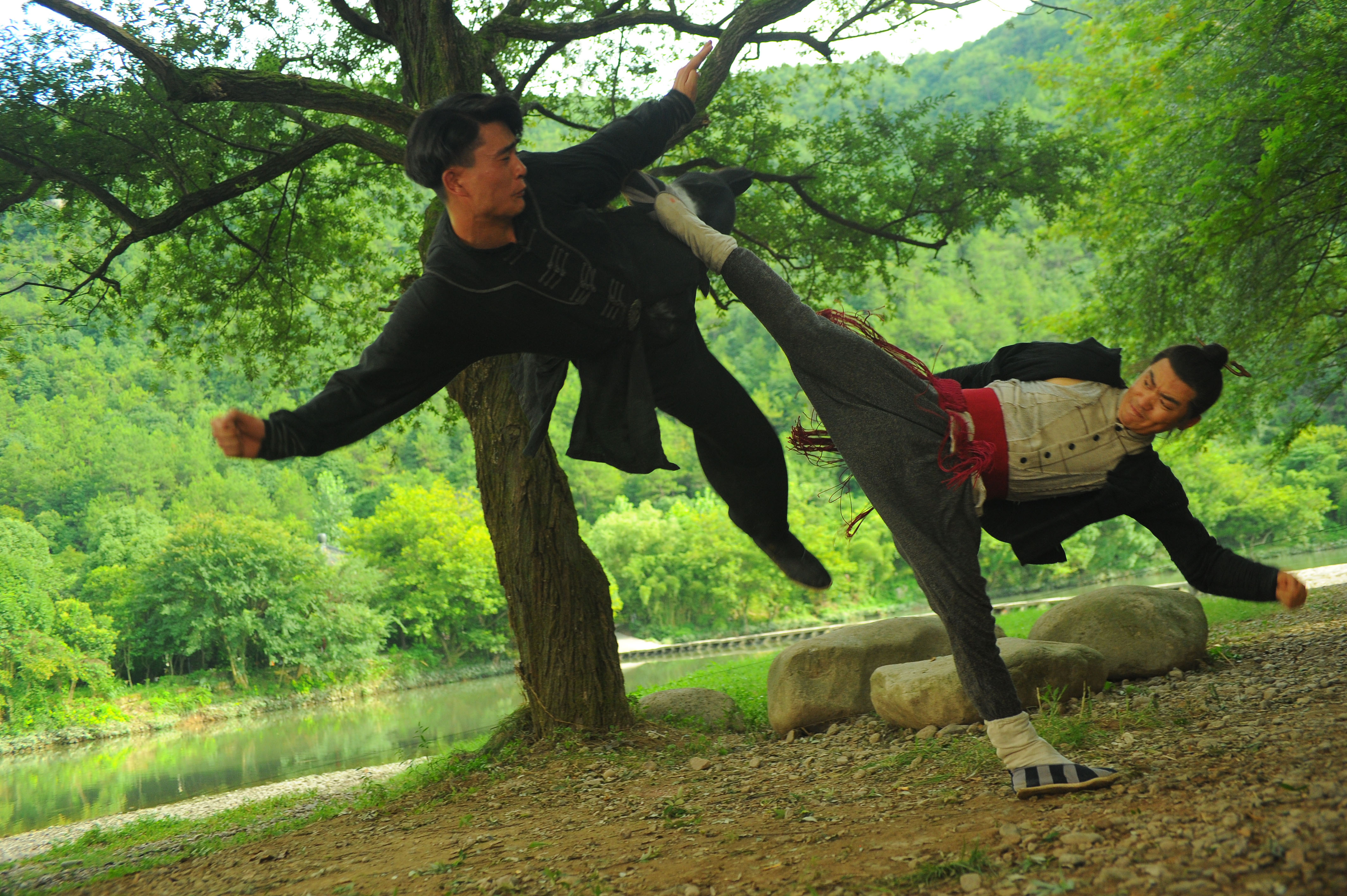 I was genuinely surprised when Chen Kaige’s latest outing disappeared without a trace after a brief release on the mainland, especially considering it was co-financed by Columbia Pictures. Wang Baoqiang finally takes centre stage and is gifted, in my opinion at least, the perfect vehicle to showcase his impressive proficiency as a martial artist. Blending action, comedy, philosophy and more fantastical elements, Monk is sure to be a hit with fans of the wuxia genre - if they ever get the chance to see it. 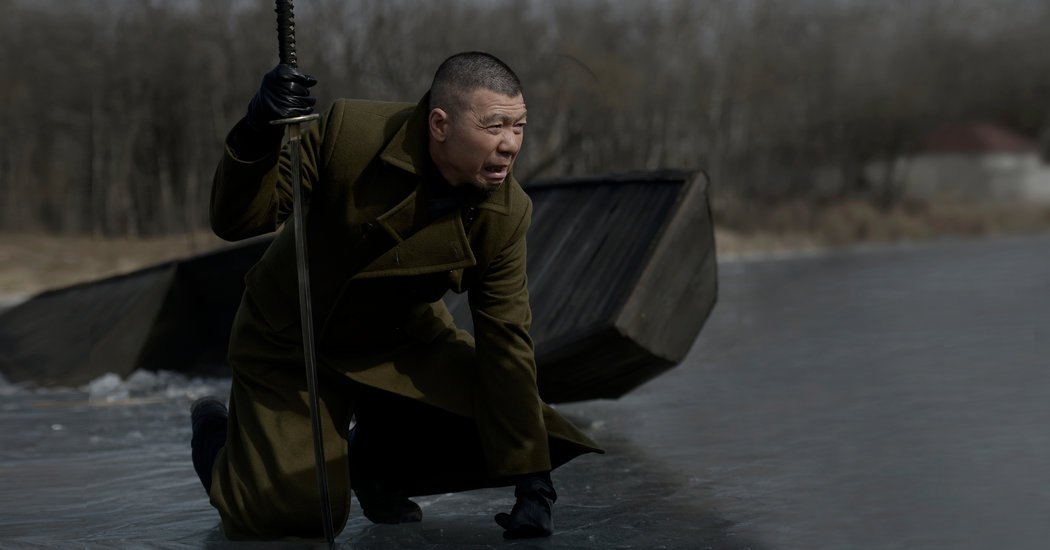 Currently on limited release in North America and the UK, this fantastic drama about gangsters struggling to age gracefully closed the Venice Film Festival back in September but has yet to make the waves it thoroughly deserves. While Kitano Takeshi tackled similar themes in his latest comedy, Ryuzo And His Seven Henchmen, Guan Hu’s straight-faced approach achieves greater success. Veteran director Feng Xiaogang (The Banquet, Aftershock, Back In 1942) steps in front of the camera to portray the eponymous anti-hero, a former gang boss who is drawn out of retirement when his son crosses paths with some rich-kid wannabes - only to discover the underworld ain’t what it used to be. 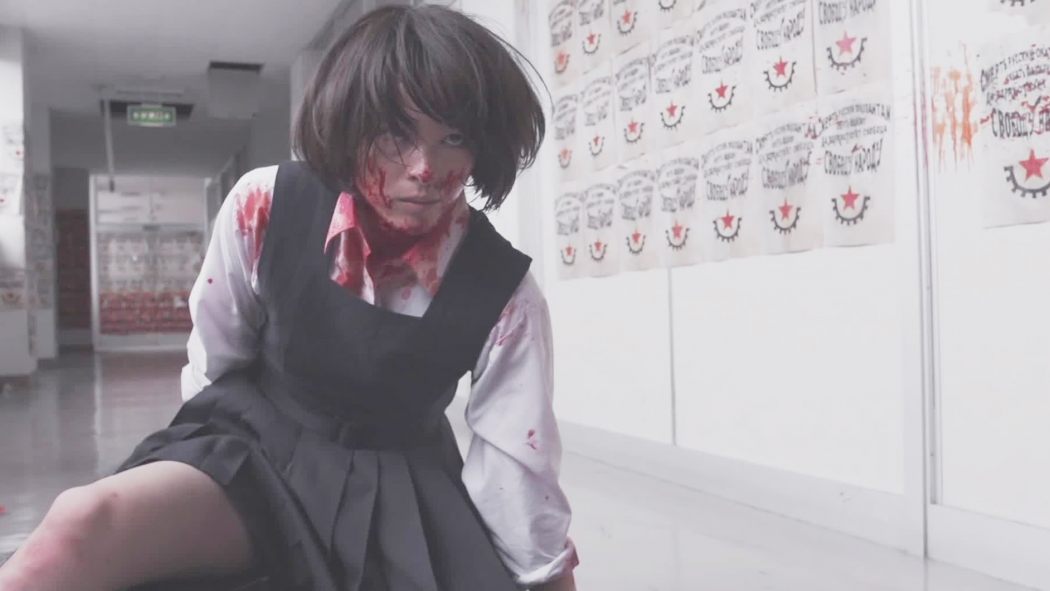 Ghost In The Shell director Oshii Mamoru is no stranger to live action, but the likes of Avalon and Assault Girls have never managed to reach the impressive heights of his animated offerings. His latest stars Seino Nana as a traumatised schoolgirl at an elite academy, haunted by the memory that something horrific has happened to her, but unsure exactly what. It takes a really long time - about an hour of an 85-minute movie - before Nowhere Girl shifts into gear, but when it does, the choreography alone makes this well worth the wait. 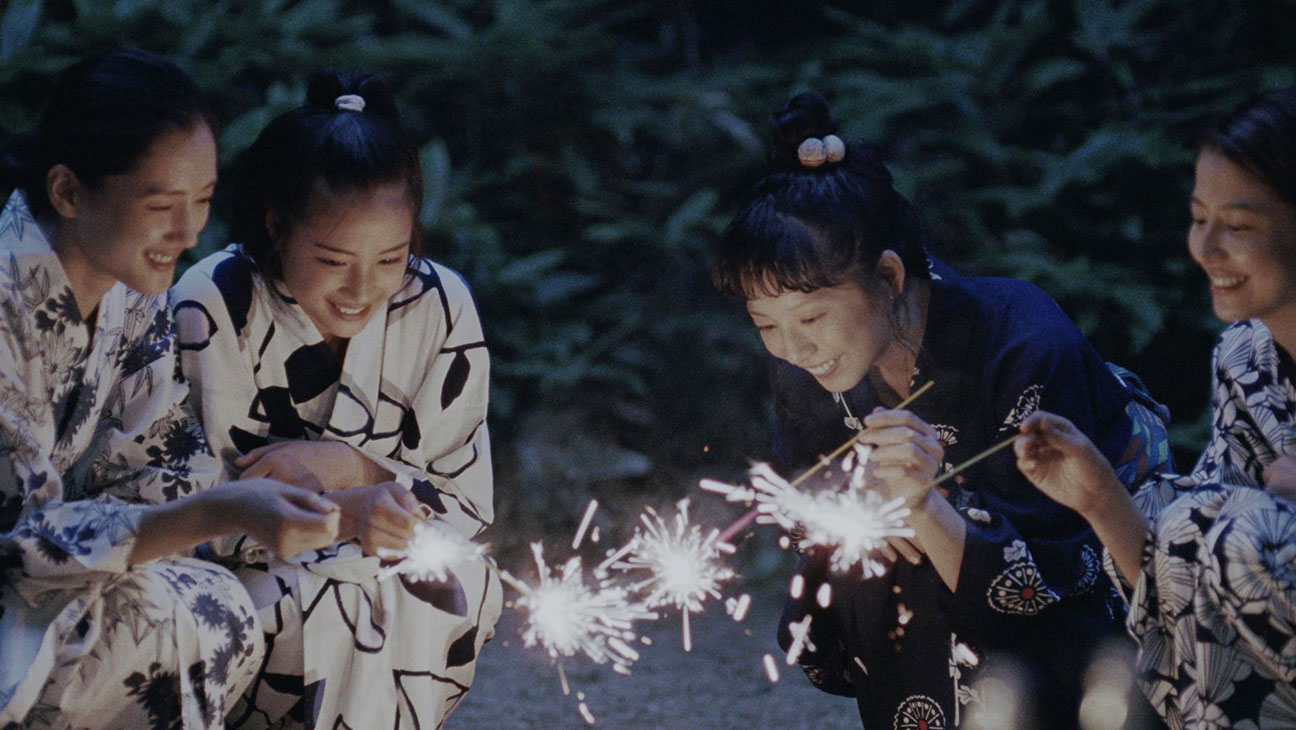 It’s not exactly an outrageous suggestion to call Kore’eda Hirokazu a modern-day Ozu. He has the same ability to make captivating dramas out of seemingly mundane and ordinary domestic situations. His latest is no exception, telling the story of three adult sisters, living together in their dead grandmother’s house, who discover they have a teenage half-sister at their estranged father’s funeral. Inviting her into their home and their lives, the film plays out as a series of vignettes as the women get to know each other and wrestle with the family dramas that brought them together. Playing out almost like a live action Miyazaki film, Our Little Sister is a delight. 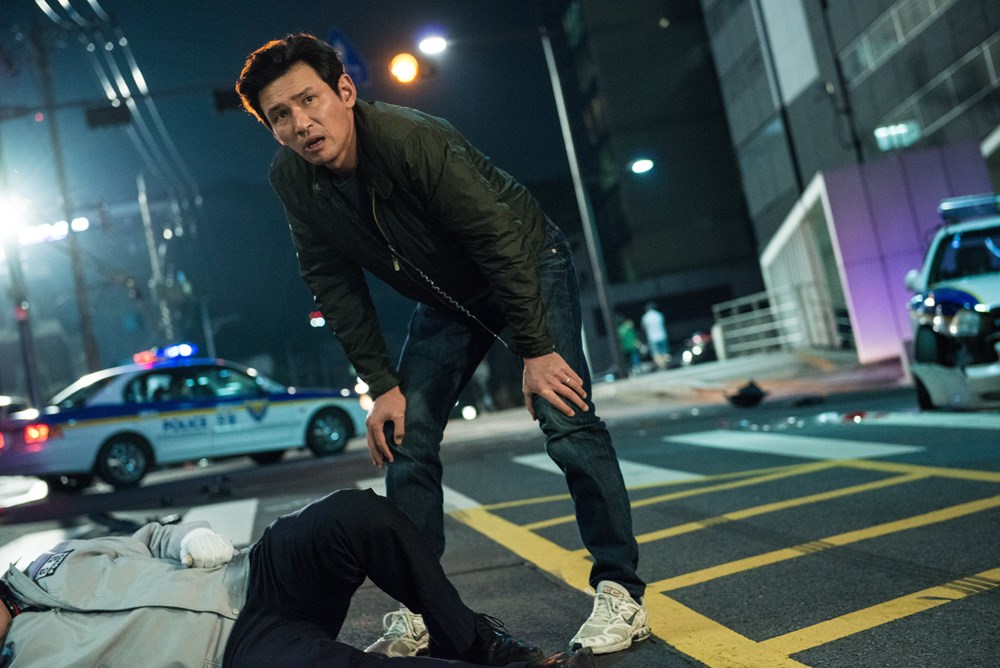 Ryoo Seung-wan re-teams with his star of The Unjust Hwang Jung-min, for this hugely entertaining tough-guy thriller brimming with attitude and stylish swagger. Yoo Ah-in is wonderfully vile as the spoilt heir to a family-run conglomerate, who treats the business solely as a means to fund his opulent lifestyle. When a lowly truck driver’s apparent suicide is traced back to the head office of Sunjin Group, Hwang’s veteran cop gleefully goes after the big guns with predictably apocalyptic results. What separates Veteran from dozens of other South Korean thrillers fuelled by testosterone, misogyny and lots of shouting, is Ryoo’s witty screenplay, directorial flair and a cast of electric performances.

Read my review for the South China Morning Post here

Do you feel this content is inappropriate or infringes upon your rights? Click here to report it, or see our DMCA policy.
100 Yen LoveLa La La At Rock BottomMonk Comes Down The MountainMr SixThe AssassinThe Boy And The BeastThe Look Of SilenceVeteran