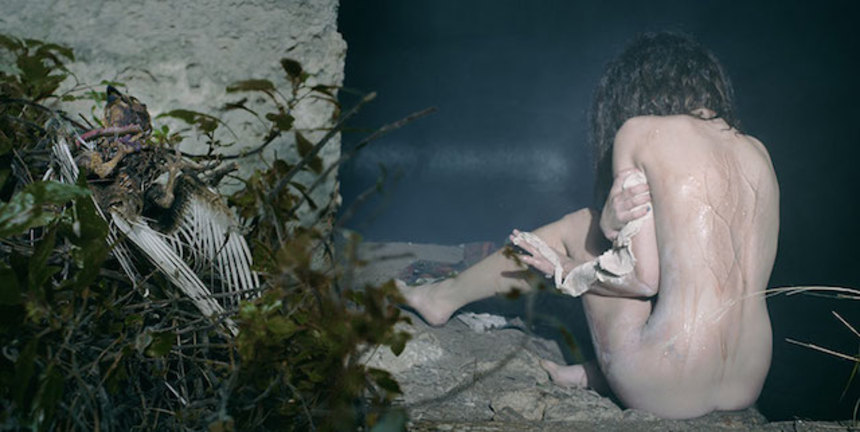 During a press conference in Mexico City, the Mórbido film fest confirmed the final details regarding its upcoming seventh edition (and first in Puebla). From November 13 to 16, Mórbido will be presenting for the first time in Mexico lots of truly anticipated genre films and the final wave of titles is damn amazing.

I think Spring by Justin Benson and Aaron Moorhead, The Babadook, WolfCop, and Dead Snow 2: Red vs. Dead are more than enough to make the trip to Puebla worthwhile, but certainly that's not all. There's also Alleluia, the European film that conquered Fantastic Fest (where it won best fantastic picture, director, actor and actress), the Tribeca selection The Canal, and the Sitges winning film Cub.

In terms of special guests, the legendary Richard Stanley is returning to Mórbido, now to present one of his classics (Hardware) and the documentary Lost Soul: The Doomed Journey of Richard Stanley's Island of Dr. Moreau. Japanese artist Takashi Murakami will be also in Puebla, presenting his debut film Jellyfish Eyes.

All of this adds to the first wave of films, which included such highlights as Redeemer, Late Phases and México Bárbaro.

More about At The Devil's Door