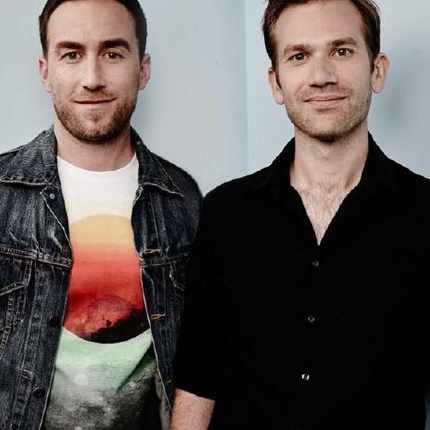 The Disney+ streaming service is developing more than 4 trillion television shows for its service, of which more than 3 trillion are based on characters who first appeared in Marvel Comics, so forgive us for not keeping careful track of them all, but this caught my eye over the weekend.

Justin Benson and Aaron Moorhead, independent film stalwarts whose unpredictable thrillers have been compelling us to unravel them over the past decade, have been tapped to direct "several episodes" of the upcoming series Moon Knight, per The Hollywood Reporter. The trade publication notes that Oscar Isaac will star in the series, which will revolve around a character who has been an ex-Marine who becomes a mercenary and then takes on different alter egos. But that's in the comics, where he's been a presence since the mid-1970s. Jeremy Slater is "leading the writer's room," while Mohamed Diab has already been hired as a director.

Benson and Moorhead have previously directed an episode of the revised Twilight Zone series for the CBS All Access service, which I haven't seen, but I've certainly seen (and been a big fan) of the films, which include Resolution, Spring, The Endless and Synchronic.

On television series, typically the director has less influence on the show (except for the pilot episode, which typically sets the tone and establishes a template) yet a strong creative vision can still help individual episode(s) stand out -- think Rian Johnson on Breaking Bad or Neil Marshall on Game of Thrones or Ben Wheatley on Strange Angel -- so I'm now eager to see what Benson and Moorhead may be able to do within the confines of a studio superhero series.