Now on Blu-ray: THE BABADOOK Begs to Be Let Into Your Home As a Limited Edition From Second Sight Films 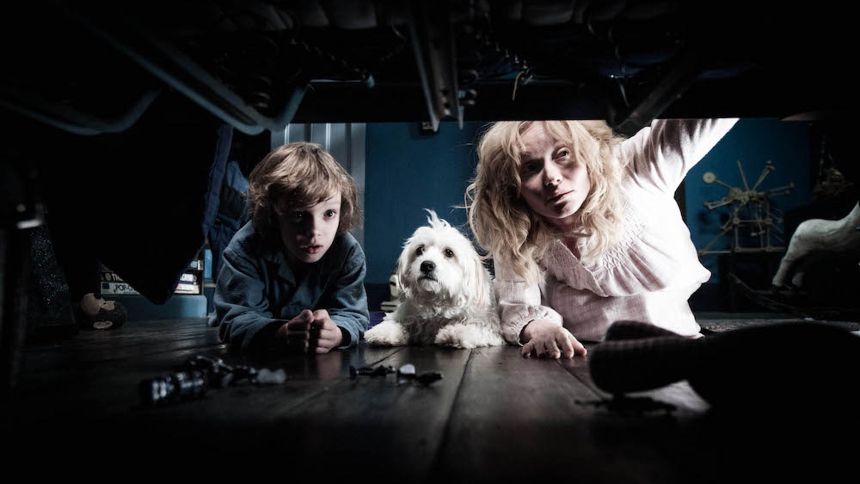 “If it's in a word, or it’s in a look you can't get rid of the Babadook … BabadoooOOOOk!”

That’s right, gather your kids for a cosy bedtime story because Mr. Babadook is back in town! On second thought, don’t do that, since The Babadook is still every bit as unnerving as it first was in 2014, when it put Jennifer Kent on the map as a storytelling force to be reckoned with.

A fleshed-out version of her earlier black-and-white nightmare, Monster (2005), Kent’s striking feature debut centers on a fractured family to shed light on the harrowing effects of unresolved trauma and the overall monstrousness of grief. Essie Davis turns in a career-best performance as Amelia, an increasingly unmoored mother who struggles to come to terms with the death of her husband, a loss that occurred as she was being driven to the hospital to give birth to their son, Sam. Almost 7, Sam himself is a troubled kid, prone to night terrors, which become more vivid after the sudden appearance of ‘Mister Babadook’, a pop-up book announcing the arrival of an ominous entity.

An atmospheric nailbiter in which the boogieman is a manifestation of the sense of loss that casts its shadow over a broken family, The Babadook - a recipient of countless awards - has come home on a limited dual format edition courtesy of Second Sight Films. The new release is packaged in a rigid slipcase with artwork by Peter Diamond and features the film’s world premiere on 4K UHD plus Blu-ray, in addition to a bounty of bonus materials detailed below.

While Second Sight’s perfect-bound essay booklet has become a regular and respected staple of previous releases, this time they’ve really outdone themselves with a 150-page hardback book. No, it’s not the actual Babadook book featured prominently in the film - although take a moment to consider how creepy it would be to have that arrive at your doorstep - but is instead a richly illustrated volume full of essays, behind the scenes photos and original book concepts. (See the gallery below for an overview of the book’s contents.)

Jon Towlson’s “Demons In the Closet” offers a few excellent close-readings of early scenes in particular and teases out The Babadook’s intertextual ties to Kent’s aforementioned Monster short - included as one of several Blu-Ray extras - as well as The Exorcist and The Shining. He convincingly argues how Kent cleverly plays around with genre tropes, subverting our expectations and challenging myths about motherhood.

These notions are further explored in Kat Ellinger’s contribution “You Don’t Have to Be Fine: On Monstrous Motherhood and Loving the Beast in The Babadook”, an essay that intriguingly interprets The Babadook’s Gothic horror and parent-child relationship alongside Mary Shelley’s Frankenstein and its central dynamic of a creator who resents his progeny.

While Daniel Bird’s essay “The Space Around the Characters” details The Babadook’s German Expressionist leanings (how the representation of physical space externalizes a character’s state of mind through the use of lighting, sets and colors), Rich Johnson finds further parallels and influences from (post)modernist art and surrealist masters like Jan Švankmajer in “Born From Wreckage”, an essay primarily focused on The Babadook’s psychological horror and how Kent channels coping with trauma (which Johnson also connects to Kent’s sophomore film, The Nightingale).

The Blu-Ray’s special features are almost too numerous to list but most complement each other well (with only minor overlap between older archive bonus content and new content made specifically for this release). Especially interesting are interviews with production designer Alex Holmes and bookmaker/ illustrator Alexander Juhasz since these underscore just how much of a collaborative effort the filmmaking process is when it comes to shaping the overall aesthetic.

Given how striking the cinematography is in both The Babadook and The Nightingale, interviews or scene analyses with DP Radek Ladczuk could no doubt have been enlightening as well, and it’s a pity that neither of Second Sight’s releases of Kent’s films have dedicated a segment to his work.

Second Sight Films has been doing an exemplary job championing fresh genre filmmakers and fierce female voices with special editions of Julia Ducournau’s Raw and Coralie Fargeat’s Revenge. It’s only fitting for The Babadook to follow in the footsteps of The Nightingale, Kent’s sophomore film, which saw a triumphant re-release earlier this year.

Whether you’ve never seen Kent’s debut or you have it on yearly rotation around Halloween, this definitive edition from Second Sight is sure to keep you up at night - with the dual release of the harrowing film first and foremost, but also the deep exploration of The Babadook’s complex and nightmarish themes.

Open your heart and home to this edition of The Babadook and be sure to let him in. 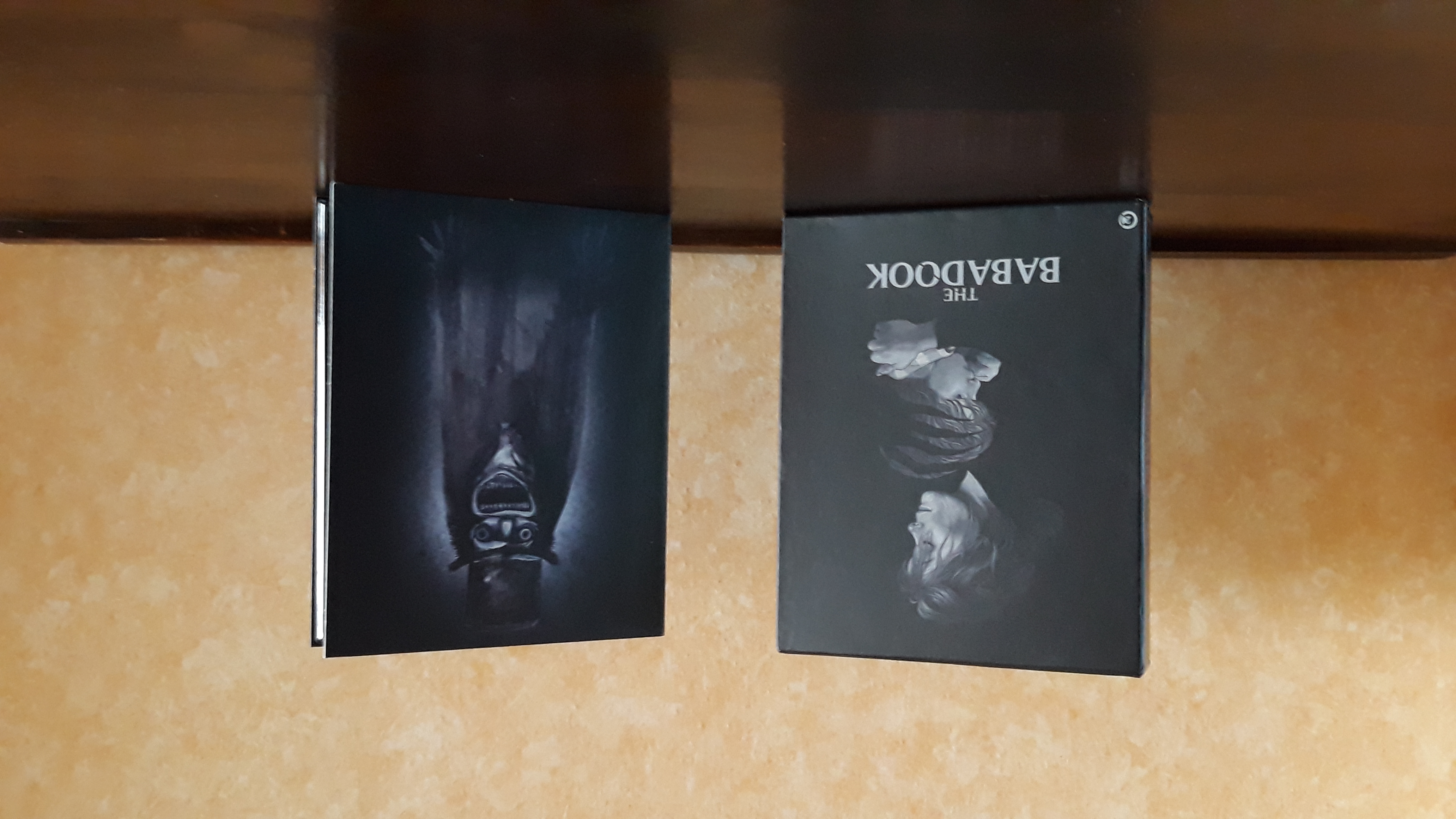 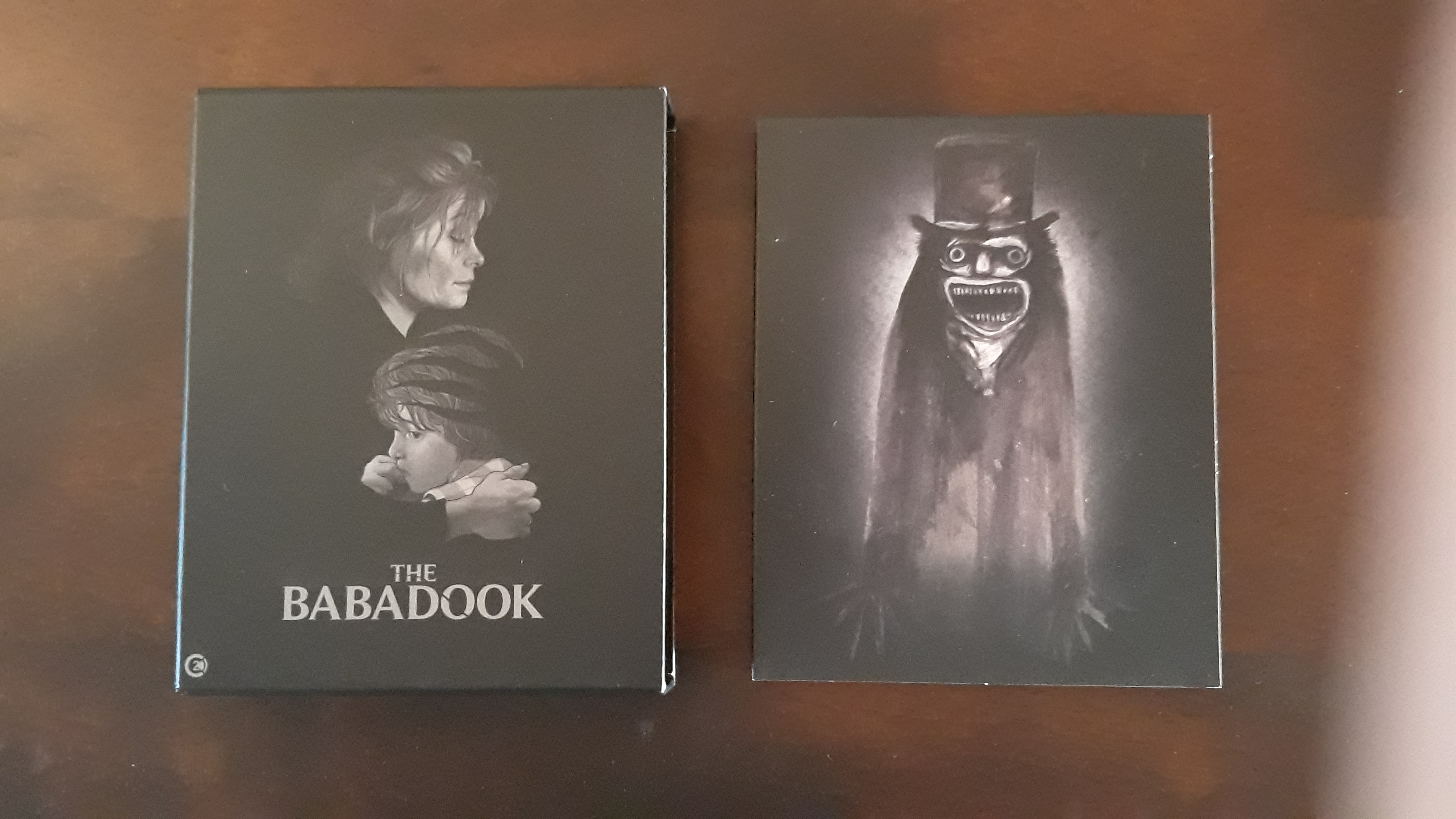 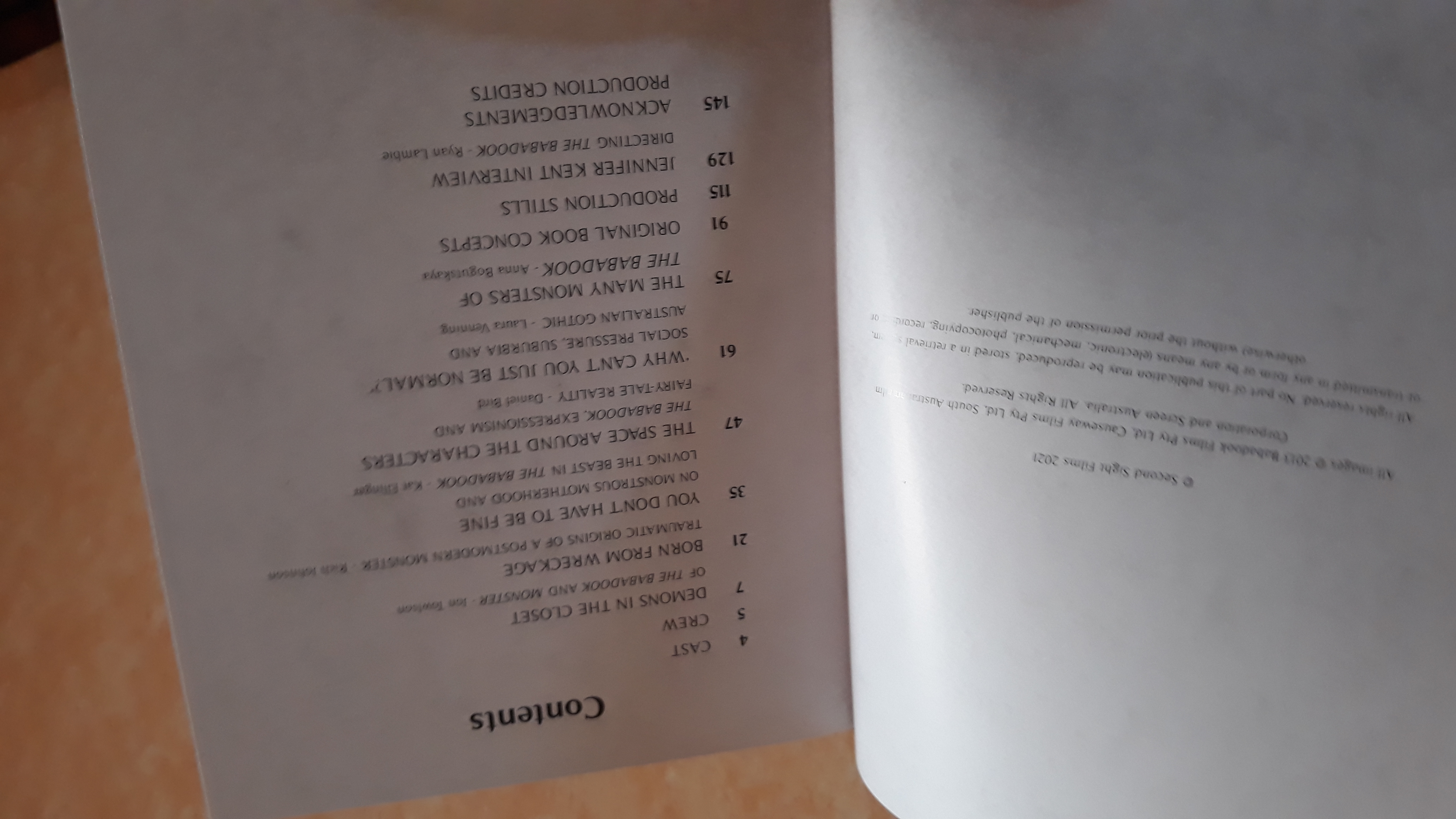 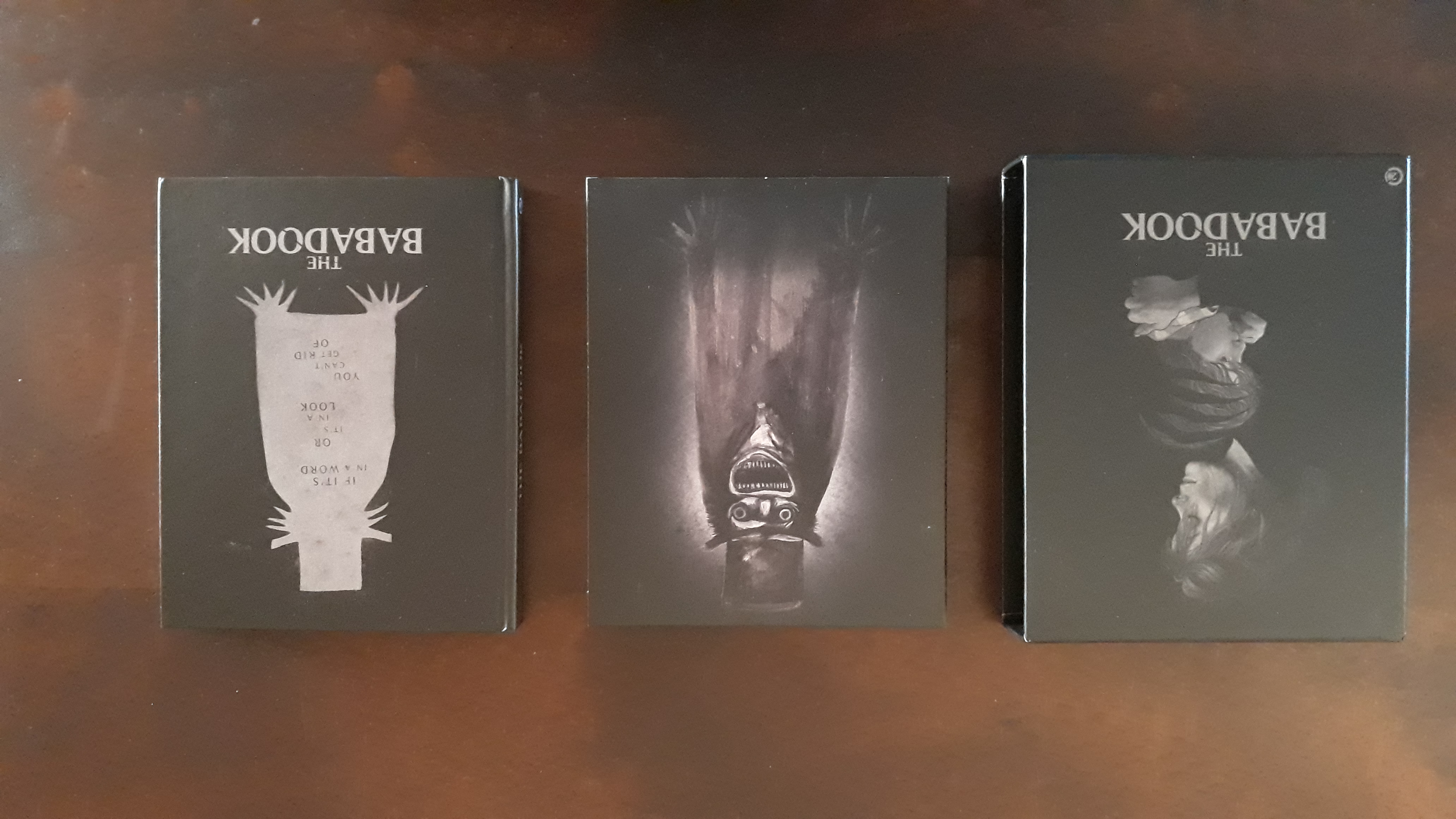 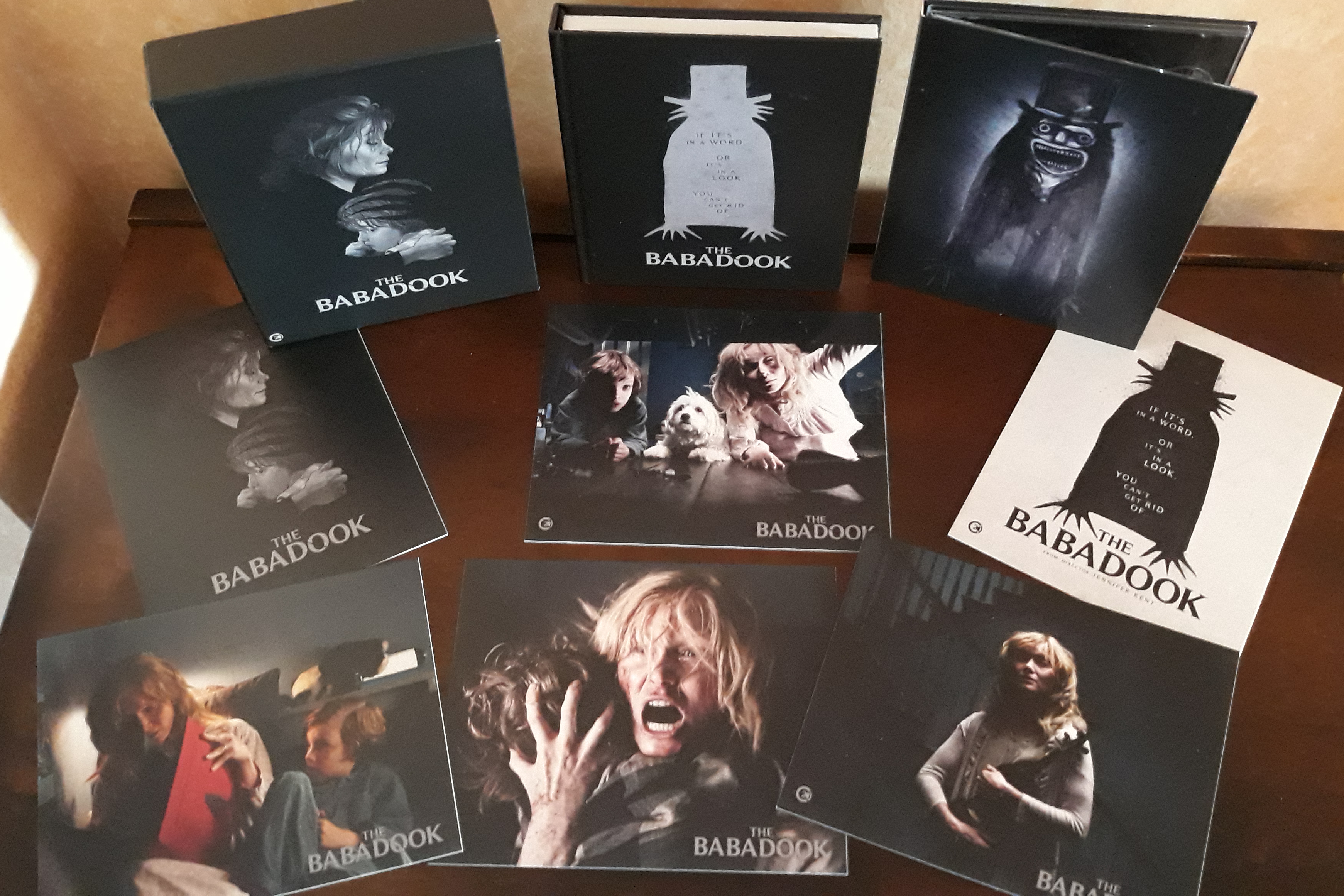 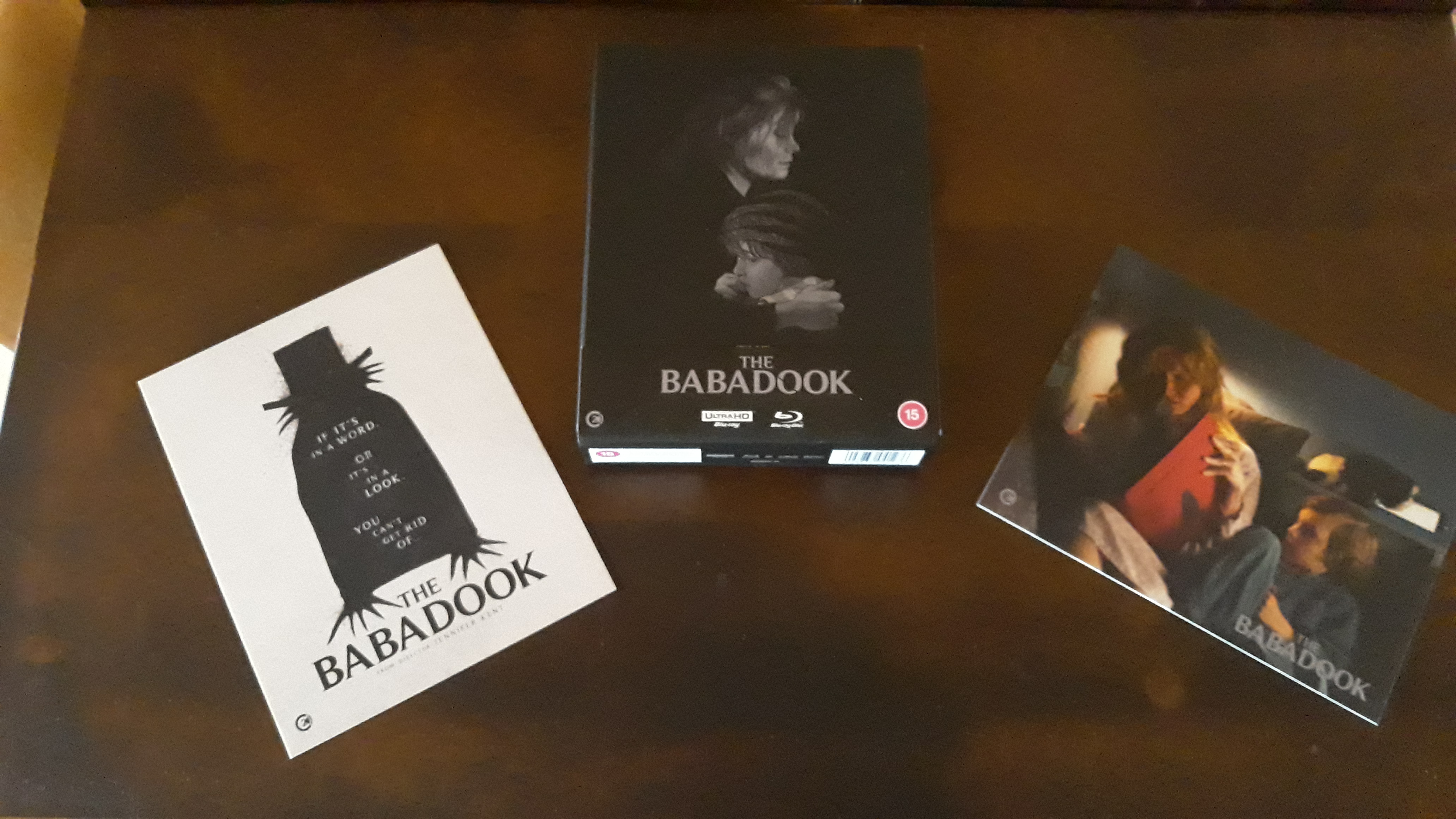 Do you feel this content is inappropriate or infringes upon your rights? Click here to report it, or see our DMCA policy.
Essie DavisJennifer KentSecond Sight FilmsThe BabadookThe Nightingale