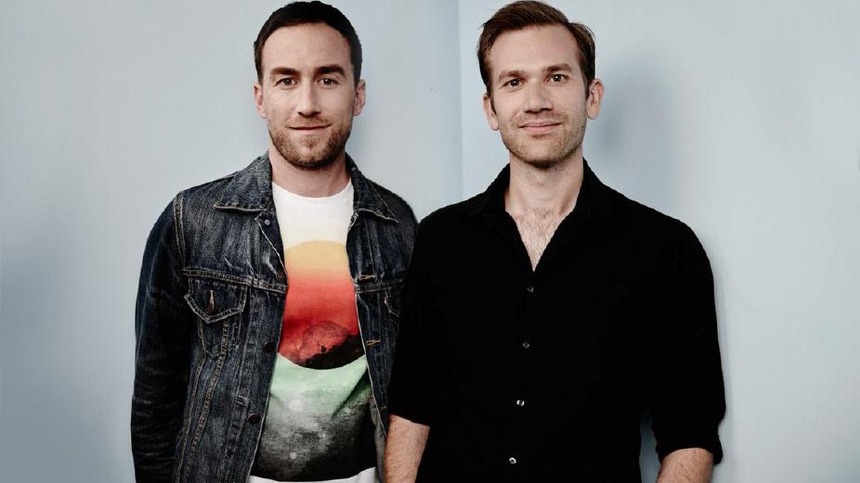 Aaron Moorhead and Justin Benson have wowed audiences with their mind-bending (and genre-bending) films Resolution, Spring, and The Endless. All of these films share the similarity of slyly tackling complex philosophical and/or metaphysical subject matter in an entertaining package. The other commonality they all share is that the less you know about where the film is going, the more fun the journey will be.

Moorhead and Benson's latest film Synchronic has just these same qualities. Therefore, it would be a disservice to go too deep into the plot or reveal any key elements about the destination of this new journey. But it's important to know at least a few facts about the setup.

In Synchronic, Anthony Mackie and Jamie Dornan play best buds and co-workers who spend their days together hanging out and their evenings side by side as EMTs. The pair operate in New Orleans, so as you might expect, they see their fair share of party-related emergency calls and overdoses. But when a new designer drug (the titular Synchronic), hits the streets of the Big Easy, the emergency calls take a turn for the bizarre and our heroes decide to get to the bottom of where this drug came from and what the hell it is.

To mark the world premiere of Synchronic at the Toronto International Film Festival, Screen Anarchy sat down with Moorhead and Benson. But instead of talking about any of the details of their new film, we thought it would be better to talk about other movies that they are free to spoil.

One last thing that is important to know about Synchronic is that the film contains some truly awesome visual effects. Those VFX, at times, are used to represent the perceptual states of the characters. So Moorhead and Benson agreed to dig in on this subject they tend to know a fair amount about.

Moorhead: It's very rare for us to go to a movie and feel really scared. Normally when I'm scared, I'm just having fun. But in Annihilation, I was just scared. The third act in particular -- and the bear scene. I didn't quite know where I was. That kind of thing would definitely be a goal of ours.

Benson: 2001 is an interesting one because to us, and probably most people, it's one of the scariest movies ever made -- at capturing the existential dread of what it would be like to be alone in space and the speeds at which you're traveling altering time and your mind and the radiation from stars and how it all affects you. You almost get a glimpse of the creation of humanity - but in a really creepy way.

Moorhead: For me, I actually get the most scared when Kubrick intercuts between the man's vibrating eyes at extreme speeds and the giant baby. That is so terrifying to me -- and not because it's hallucinatory, but because it actually feels like you are being presented with what is really happening. No matter how deep you go and how scary a hallucination is, you always know it's a dream. But when you present the hallucination as real, that's when it you get true terror.

Moorhead: Our visual effects company BUF actually did the VFX on Enter the Void, and when we were talking with them, we actually said we wanted to go the exact opposite way with Synchronic. Enter The Void is very much the depiction of a lot of drug trips where you see the light trails and neon lights getting brighter. By the way, that's just how they are. That's not a cliche, that's just what happens. But we wanted to experience that perceptual trip not in your place of reality.

Benson: But also Enter the Void uses it's visual representation for death. In that movie, I think they're taking DMT -- and one interesting thing people talk about with that drug is that highly intelligent, functioning people who are totally sober in their real lives can take that drug and meet things from another dimension, or meet God, or become an electron in the Big Bang. And they have these experiences and really believe in them. And death is another one of those things. So this experiential representation of death could be the same and make people really comfortable with it.

Benson: A Dark Song is about a woman doing a ritual that requires great sacrifice and takes a very long time. You've got to be basically indoors stuck with someone for all this time. It involves sleep deprivation, hunger, sometimes sexual acts -- all of these methods of ritual magic to achieve an altered state. And in the process, she has these hallucinations and you see what they bring into fruition. You see horrific manifestation of the people performing the ritual - but in a way that's very frightening for the viewer. Minimalist isn't the right word, but it's just this slight creepy representation that is extremely effective.

Moorhead: Simply believing in things, as we know as human beings, almost does make them real.

Benson: When we see things in cinema, so are we really bringing the immaterial into the material?

Moorhead: We know that cinema drives culture. Whatever's in movies, is what people are actually responding to, and that's what brings it into fruition.

Moorhead: We're changing reality by observing and believing in it. So in that sense, cinema literally is bringing the immaterial into the material.

Do you feel this content is inappropriate or infringes upon your rights? Click here to report it, or see our DMCA policy.
Aaron MoorheadAnthony MackieCanadaJamie DornanJustin BensonTIFFToronto