Andrew Mack
Editor, News; Toronto, Canada (@Mack_SAnarchy)
Tweet Post Submit
As the ninth edition of the Toronto After Dark Film Festival approaches, I conferred with two other ScreenAnarchy men-about-Toronto, Kurt Halfyard and Jason Gorber, and we came up with our top nine must-see films of this year's festival, which kicks off on Thursday, October 16. It proved to be a challenge because the lineup has so many good entries this year; every title is worth checking out.
With the exception of Hellmouth, which will have its World Premiere, and Why Horror?, which will have its Canadian Premiere during After Dark, some of these we have seen ourselves. Others were caught at other festivals on the circuit by other ScreenAnarchy writers. And we deem that all are worth your time this year.
We will see you After Dark.
(As we have been compiling our list of Must-See's, a number of these shows are selling out - head on over to the Toronto After Dark site and get your tickets!!! TADFF will also have rush lines forming one hour before any of the sold out screenings)


Kurt Halfyard and contributed to this story. 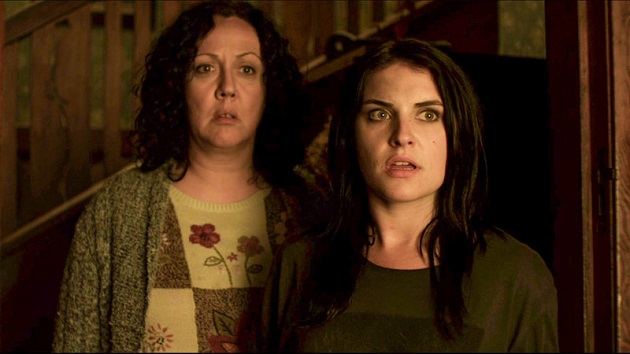 Believe everything you have read or heard about this film. Don't believe the hype? Then believe Sir Peter Jackson. Housebound is the perfect blend of scares and laughs. This Kiwi horror flick has been ruling the festival circuit all Summer long and now it is time to bring those scares and laughs to Toronto. There are few things more worrisome than being stuck at home, literally, and you think that there might be someone or something in the house with you. Something malevolent. Housebound is the perfect way to open up this year's festival! - Andrew Mack (This screening is SOLD OUT) 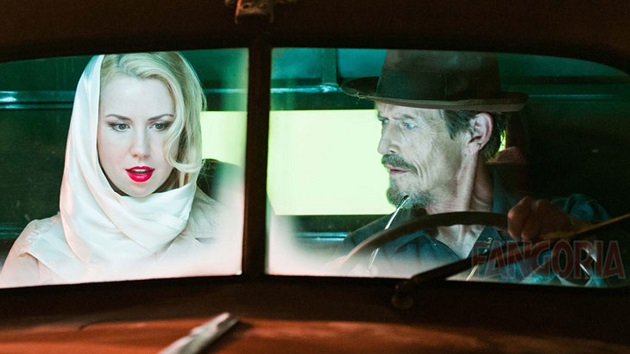 While I'm not the biggest fan of Foresight Studio's output (Exit Humanity, Monster Brawl), I do like me some Steven McHattie, and that actor will keep me coming back. Here he plays a grave digger who literally goes to hell to save a pretty girl in a throw-back, ultra-stylized green-screen fantasy. That it is penned by Pontypool scribe, Tony Burgess, is icing on the cake. - Kurt Halfyard 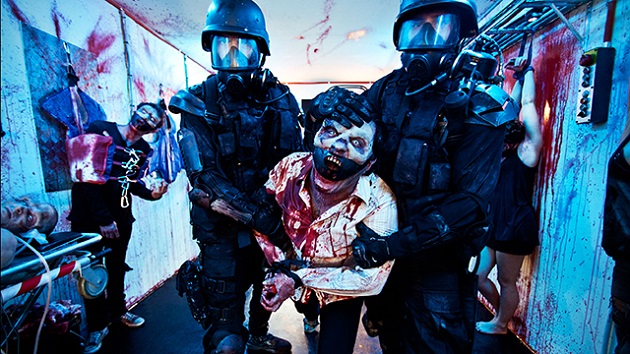 A zombie flick with original ideas? Surely we jest! But when Twitch's Peter Martin caught this Aussie Zombie flick last month he praised the flick saying, "Wyrmwood wins points for originality, introducing a couple of zombie concepts I've not seen before...". High praise indeed for an entry into a genre that has succumbed to reptitiveness and sometimes feels just as dead as it's antogonists. Count me in! - Andrew Mack 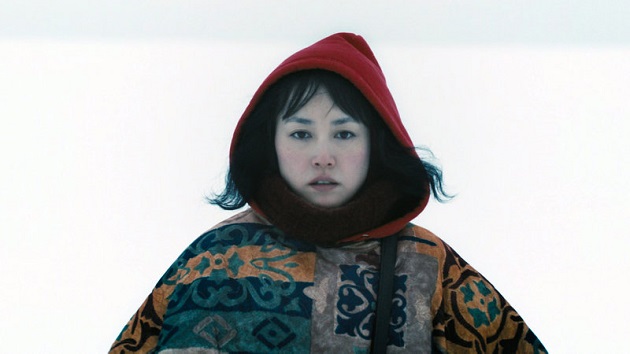 Always compelling on screen, Rinko Kikuchi continues to take on projects both huge and tiny. Tiny allows for quirky, and not much is more strange than a shut-in Japanese woman travelling to America to dig up the satchel of money buried by Steve Buscimi on a barren stretch of Minnesota road-side in the Coen's Fargo. Beware the Based on a True Story Tag in movies, or things like this can happen. Film.Com's David Ehrlich described the film as a "dry, hilarious riff on Don't Look Now" and that is certainly got me salivating. - Kurt Halfyard 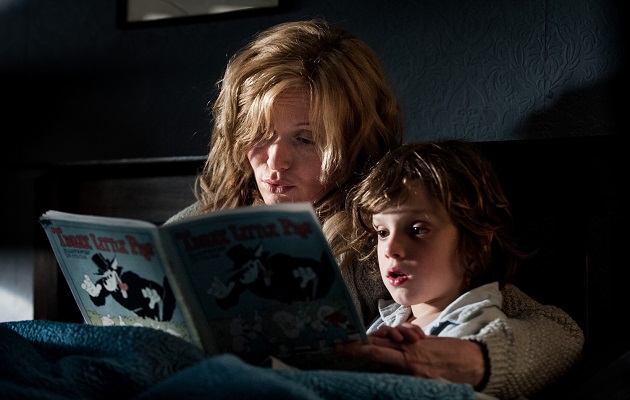 Heaps and heaps of praise have been piled on this 'monster under the bead' chiller at various festivals around the world, but somehow the film has eluded me to now. I'm rather anxious to check it out for myself in light of all the hyperbole. Australia's Essie Davis is supposedly fantastic her as a mother trying to make sense of the madness. Children's books can be terrifying. - Kurt Halfyard

You can read Todd's The Babadook review here 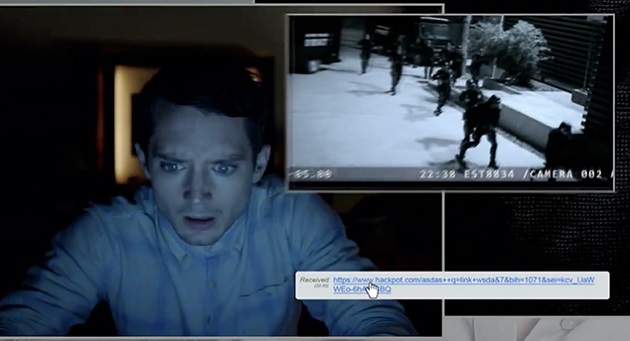 It's becoming almost comedic the number of times I've tried and failed to see this film, so I'm anxious to screen it with a local crowd. Elijah Wood joins Nacho Vigalondo in a film that I'll find interesting to compare to Cybernatural. Peter Martin described the film's "thrills and chills", and talks of it roaring "across the finish line with the checkered flag waving in victory." Doesn't sound bad at all! - Jason Gorber 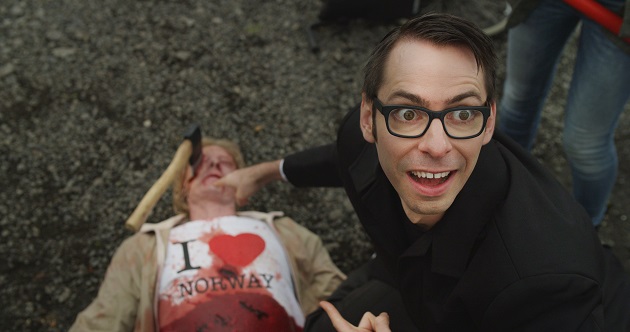 This is really a no-brainer (get it?). With the massive success of the first Dead Snow film fans were waiting to see whatever became of the last survivor, Martin. Well, he is still alive, and carrying a grudge against Col. Herzog and his battalion of Nazi Zombies. Director Tommy Wirkola steadily works comedy and gore together once again. Dead Snow 2 will feature, "...an endless array of physical sight gags and gaggingly violent over the top moments of mayhem...", according to our own Dave Canfield. The first film was such a fan favorite it is good to know that Wirkola has brough the goods again! - Andrew Mack (Sorry to say, this screening is SOLD OUT as well) 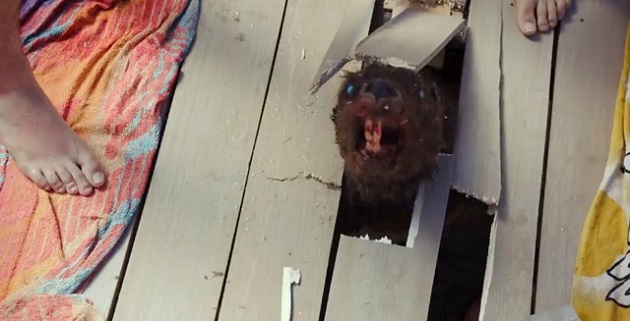 Of all the films playing TAD, this is the one with the zombie beavers. I saw it a few months back with a Fantasia audience, and genuinely hope the Toronto crowd digs is even half as much as I did. I wrote in my review that "there's a certain elegance" in the film's simplicity. "You know what the film's about straight from the title, and are now just along for the ride." And what a ride it is! Honestly, Zombeavers is one of the most fun films I've seen in some time.

Sink your teeth into this devilishly fun film that takes seriously the act of not taking itself too seriously. - Jason Gorber 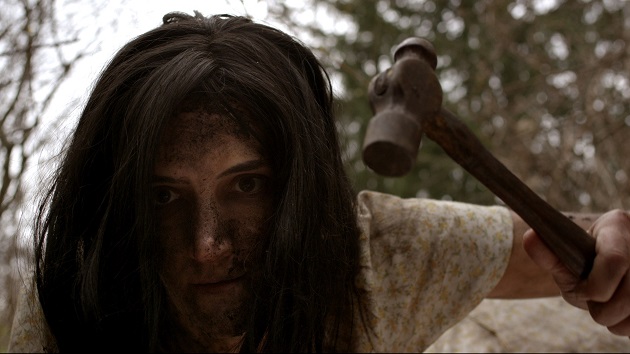 Time to show some patriotism here as five (six if you're counting actual heads) directors and directing duos from Canada were included in the horror anthology ABCs of Death 2. Featuring works by After Dark alumnus The Soska Sisters, Steven Kostanski, Jerome Sable and Chris Nash, and welcoming Vincenzo Natali to the After Dark family, the second alphabet horror anthology impressed a lot of folks at its World Premiere last month. No slight against the other directors but one of the buzz shorts this year was Nash's 'Z if for Zygote'. It is the only one that I have seen on its own and it is worthy of the buzz. I cannot wait to see every other short! - Andrew Mack

You can read Rachel's ABCs of Death 2 review here

Do you feel this content is inappropriate or infringes upon your rights? Click here to report it, or see our DMCA policy.
festivalToronto After Dark Film Festival