The 20th edition of India's biggest film event, the Jio MAMI Mumbai Film Festival with Star (a bit of an unwieldy name that folks usually shorten to "MAMI"), opens this Friday October 26th, with one of its most expansive line ups to date. The festival, which has established itself in the last several years to be the prime destination for movie fans in South Asia, is set to screen over 200 films at venues all over Mumbai, and frankly, it can all be a bit intimidating.

We've taken a look at the films in the program and picked out 15 that we've either seen and can vouch for, or haven't yet seen but are really excited to check out. The list is a split between the festival's incredible line up of Indian independents, international favorites, and repertory screenings. It was hard to whittle this list down, but take it as a starting point for those of you attempting to put together a schedule. 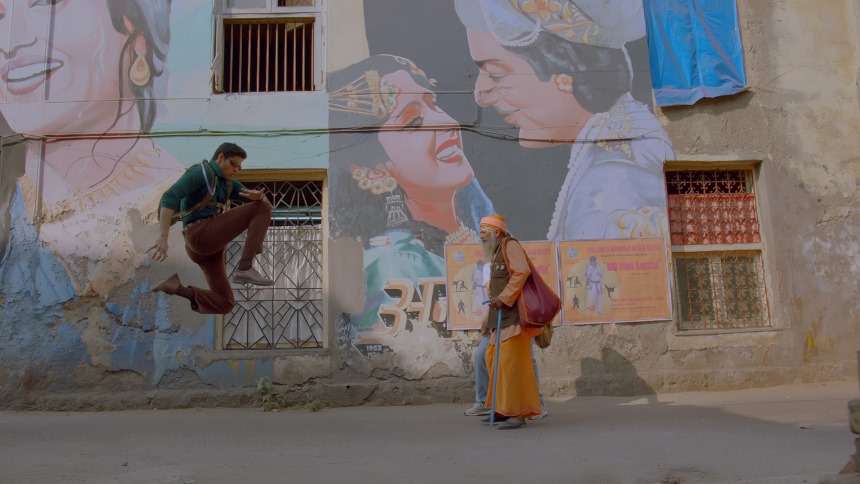 The Man Who Feels No Pain (Mard Ko Dard Nahi Hota) - Playing its hometown premiere, MAMI 2018's opening night gala presentation is Vasan Bala's martial arts comedy is hot off a win at the Toronto International Film Festival as the best of the Midnight Madness section. It's an action packed paean to action films from Bollywood and beyond and never not entertaining. A little bit early '80s Amitabh Bachchan potboiler, and a little bit early '90s Stephen Chow action comedy, Mard ko Dard Nahi Hota is all fun. 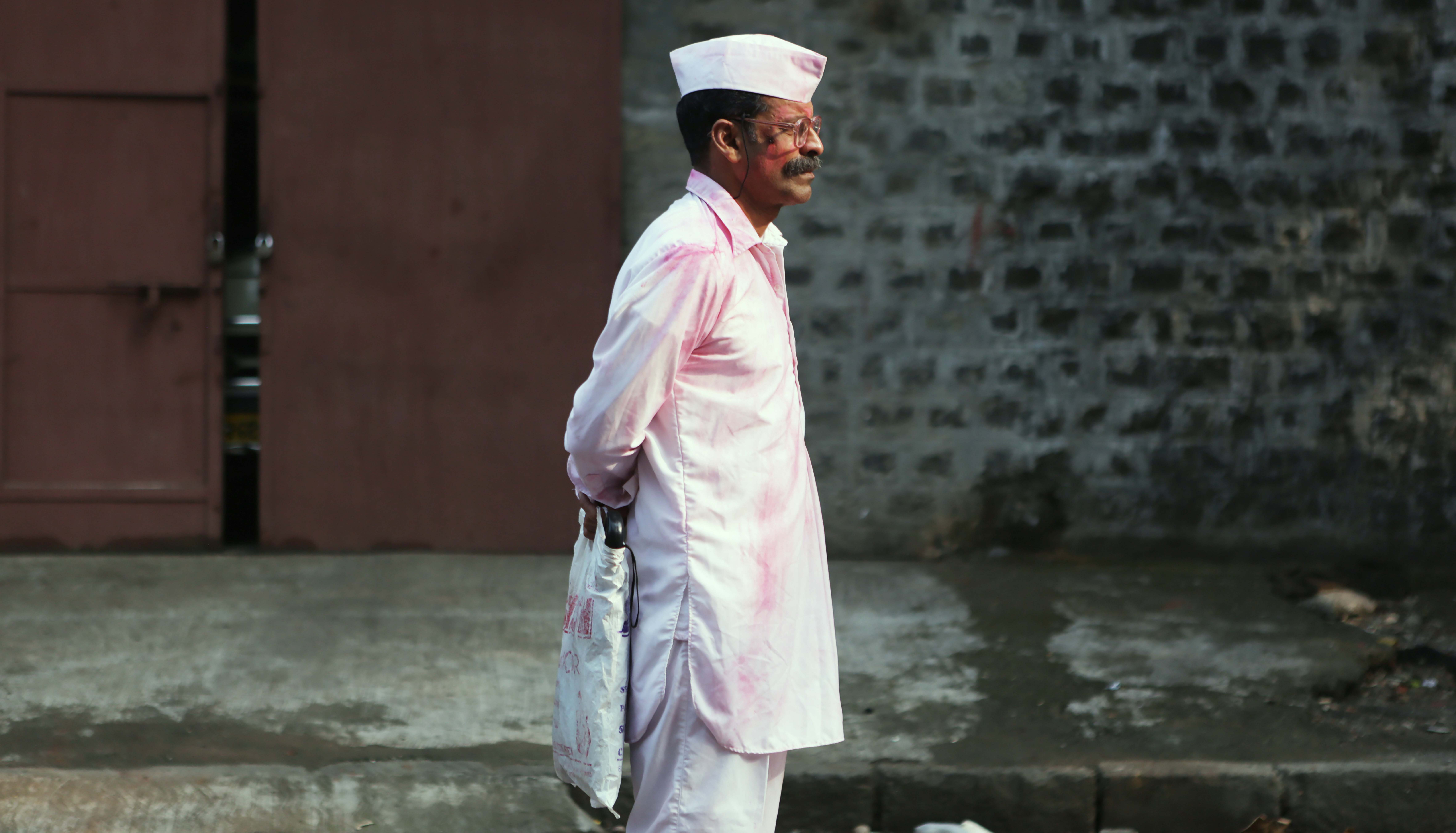 Bhonsle - We've been fans of director Devashish Makhija since his debut feature, Oonga, blew us away in 2013. Last year his unique twist on the revenge thriller, Ajji, blew away audiences at the Busan International Film Festival and MAMI, and just one year later he's back with his latest. Bhonsle is an expansion on Makhija's exceptional short film Taandav, starring and co-produced by one of India's finest actors, Manoj Bajpayee. I had the chance to read the script for Bhonsle a couple of years ago, but I've held off on watching it until I can experience it with a crowd. This director is definitely one to look out for! 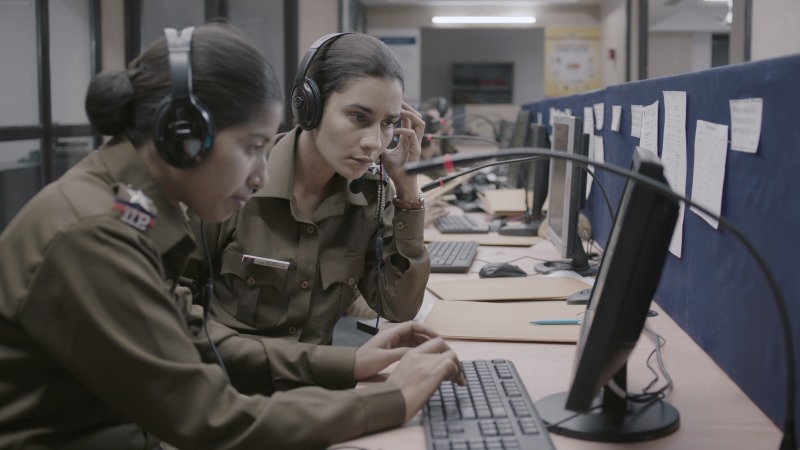 Soni - Last year's NFDC Film Bazaar was an enlightening experience for me as a film market virgin, but when it comes down to it, I was there to watch films and find the next big thing. Director Ivan Ayr's Soni was high on the list of films with great potential. A woman and her female police supervisor attending to crimes against women, the film is targeted at a very fractious environment in Indian society, and Ayr tells the story with style and power. The version I saw was a work in process, but the finished feature has since screened at the Venice Film Festival, so I'm excited to see how it turned out. 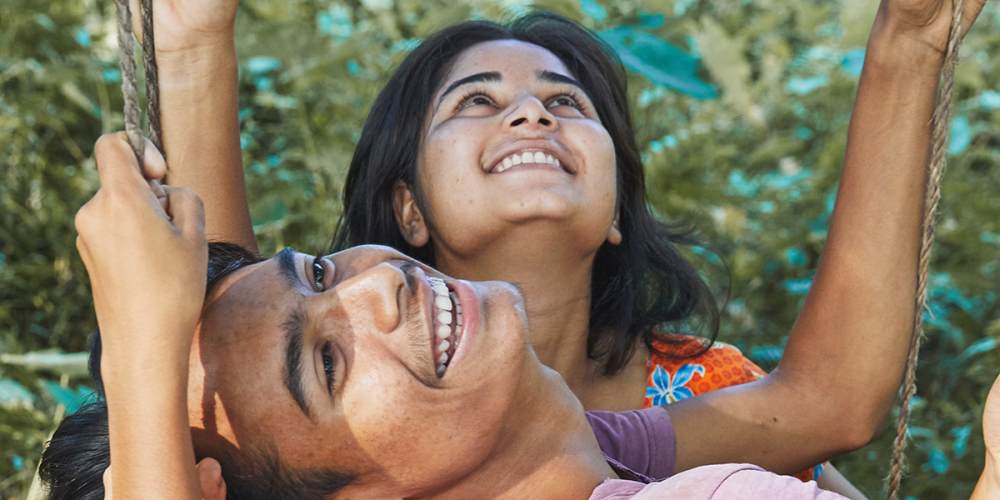 Bulbul Can Sing - Director Rima Das has worked in the background for years, but with her debut feature film, Village Rockstars, she not only found an audience at the Toronto International Film Festival, the film was also selected as India's official submission to the Academy Awards for 2018. Das is back with her second feature, Bulbul Can Sing, and I've deliberately remaiend ignorant of any of the details, but with the emotions she was able to inspire from her tiny debut feature - made with a crew of three and a cast completely composed of non-professional actors - I gladly put my faith in her to defeat the sophomore slump. 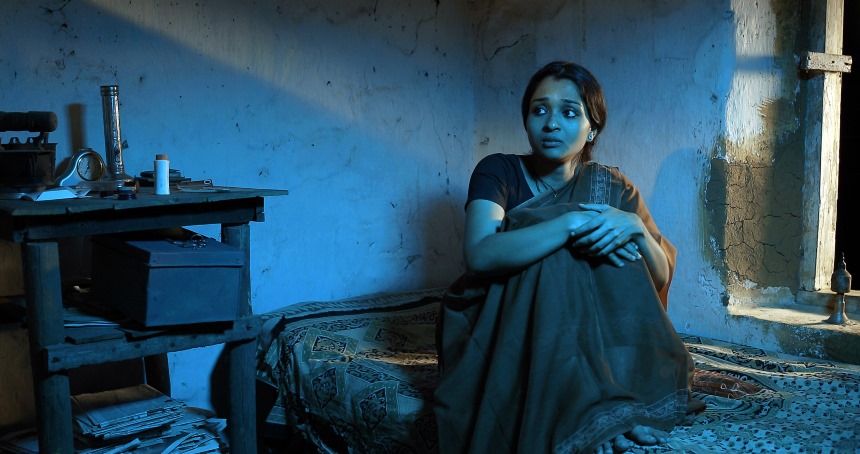 The Light in the Room - Winner of the Kerala State Award for best Malayalam language film of 2017, Rahul Riji Nair's The Light in the Room is the rare film that takes on the issue of marital rape in India. When a woman is forced to move out to a rural area of Kerala with her husband, she finds herself taunted by what he sees as his perfect invention, a light that dances on its own, but tortures her as she is rarely allowed to leave her home. It's a message movie, for sure, but it is so beautifully composed and realized that it's well worth checking out. 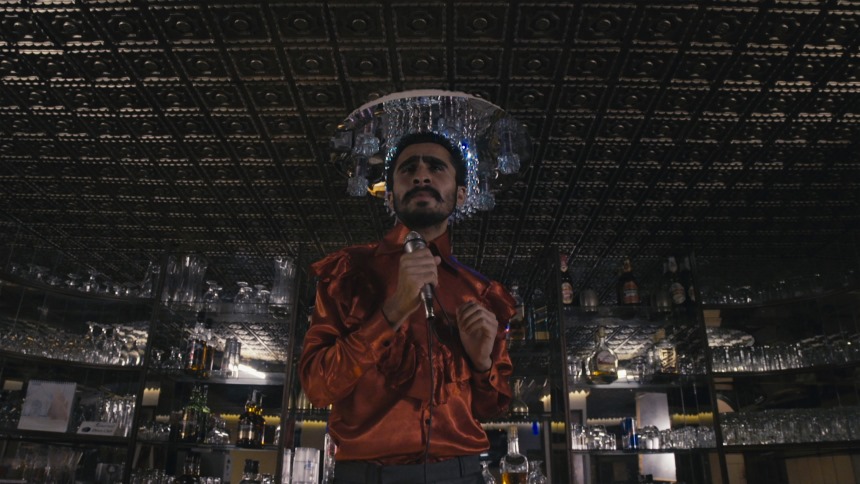 Mehsampur - Fans of the anti-establishment cinema of Q (Gandu, Garbage) won't want to miss Kabir Singh Chowdhry's Mehsampur. A hybrid documentary/drama, the film tells the story of legendary Punjabi singer Amar Chamkila, cut down in the prime of his career by assassins' bullets. The story begins there, but turns into something very different as it develops. Well worth checking out and supporting this kind of avant-garde cinema when the opportunity presents itself.

Mr. India - If you're attending MAMI this year, the chances that you've seen Shekar Kapur's (Elizabeth) Mr. India are pretty high. The film is presented as part of a tribute section celebrating pan-Indian megastar, Sridevi. The film is one of the most iconic of the '80s, and helped make its leads, Sridevi and Anil Kapoor, major box office draws. In addition to their fantastic performances, you get a dose of Mogambo, one of the greatest villainous creations in Bollywood history, essayed by the legendary Amrish Puri (Mola Ram from Indiana Jones & the Temple of Doom) 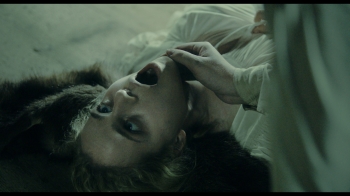 The Field Guide to Evil - Eight short films based upon the folklore of eight different regions of the world make up The Field Guide to Evil. Hotshot directors like Peter Strickland (Berberian Sound Studio), Can Evrenol (Baskin), Agnieszka Smoczynska (The Lure), Calvin Lee Reeder (The Rambler), and many more present their own vision of the lore of their part of the world. Pertinent to this screening, this marks the Indian premiere of the film which also features a short by Ashim Ahluwalia, famous for his Cannes alum, Miss Lovely, and the amazing Daddy from last year. Horror fans will want to line up for this one.

Border - The less said about Ali Abbasi's Border, the better. However, there's a reason people are talking. This Swedish modern fairy tale is an astounding work of empathy that must be seen to be believed. Don't let anyone try to tell you what the film is about, just trust us all when we say it's more than worth your time. 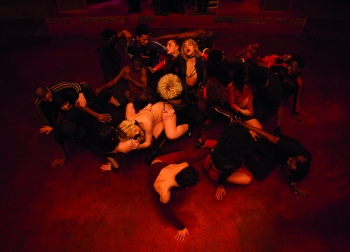 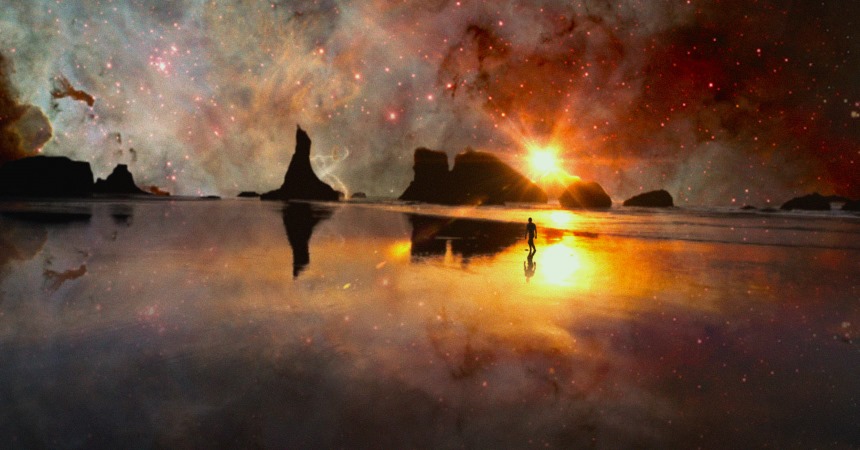 Diamantino - You don't have to be a football fan to fall in love with the dopey but sweet protagonist of Diamantino. When the world's greatest footballer costs his team the World Cup, he goes into an existential crisis. Antagonized by a family full of leeches and a world looking to utilize his fame for their own nefarious means, Diamantino must navigate his way to safety and redemption. Also: Giant Fluffy Puppies. 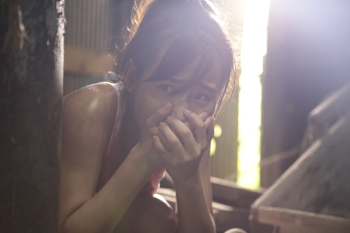 One Cut of the Dead - Once a genre fest underdog, Ueda Shinichi's One Cut of the Dead has made a major impression everywhere it's gone, and now it's MAMI's turn to feel the adrenaline rush. This not-a-zombie film is an amazing work of confident direction and writing, and features some of the greatest payoff moments a cinema audience could possibly hope for. I've seen it three times now, and can't wait to take advantage of the chance to see it one more time with a crowd.

Suspiria - The 1977 original is showing in the tribute section of MAMI, and if you think you've seen Suspiria before, you haven't really experienced it until you've seen it on the big screen. Argento's masterpiece has been making the 40th anniversary rounds for a year now, and Mumbai audiences should be excited to finally get their opportunity to experience this audio visual onslaught the way it was meant to be seen. 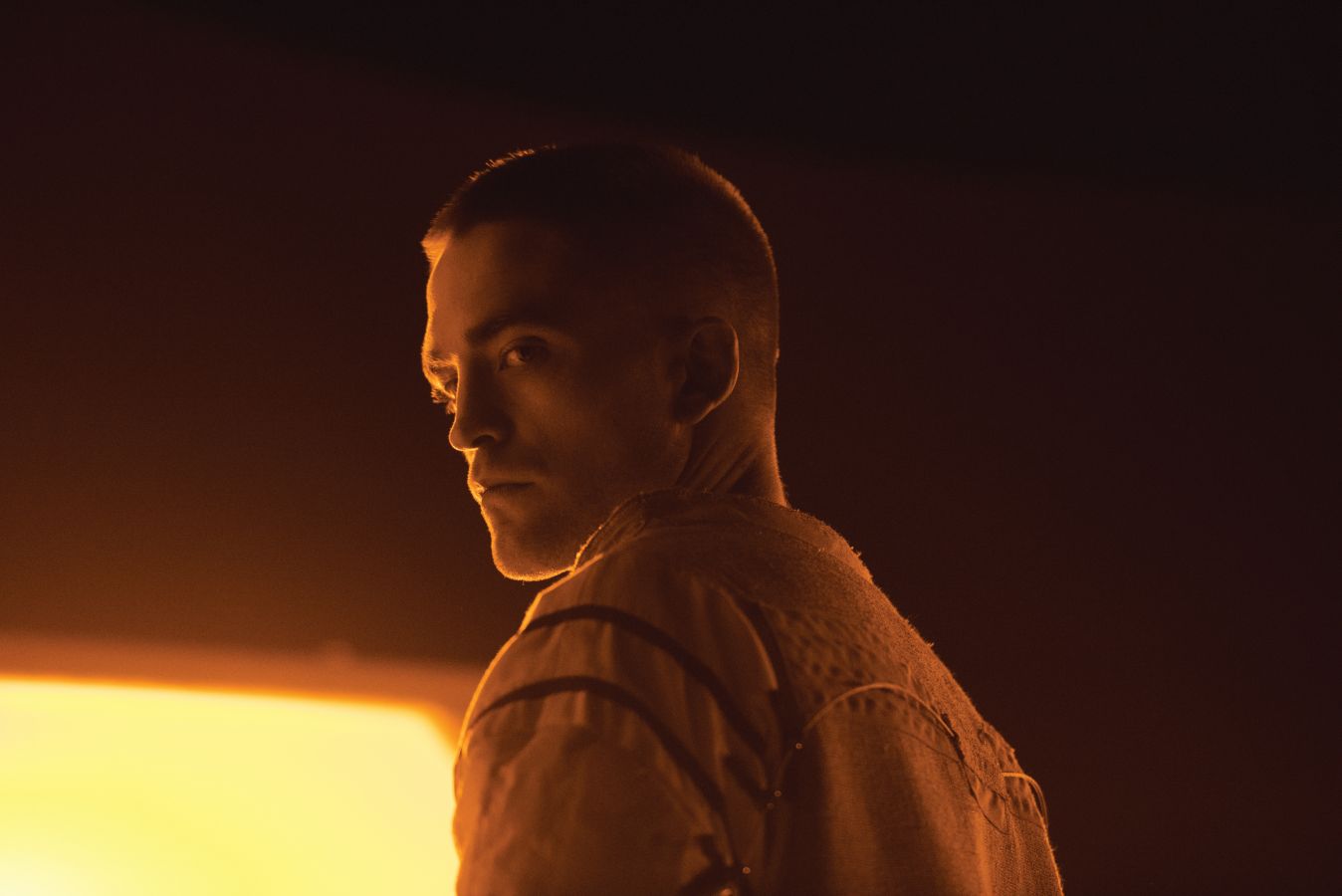 High Life - French iconoclast Clarie Denis has a filmgraphy that ranges from straight drama to the wild absurdist horror of Trouble Every Day (where I found her). High Life finds her takling science-fiction for the first time, and with Robert Pattinson in the lead, I'm excited to see the results for myself. Denis' latest project promises to be exciting if nothing else, and that's enough to push me into a seat at the cinema every time.