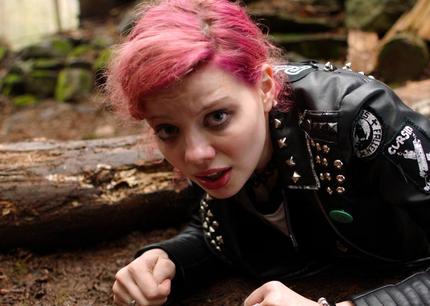 Austin's annual entertainment smorgasboard, SXSW, is set to explode all over Central Texas beginning on March 9th, and today the Film Festival announced the lineup for my favorite section of the event, the Midnighters.

These are the films that Screen Anarchy readers and writers alike await most eagerly every year, and 2018 looks like a great year for this dedicated section of genre films from around the world with entries from Japan, the U.K., India, Turkey, Austria, Germany, Greece, Hungary, Poland, Turkey,  France, Canada, and the U.S.

There are a couple that I'm really excited about. Producer Ant Timpson (ABCs of Death, Turbo Kid, Housebound) brings his newest anthology project, The Field Guide to Evil for its world premiere. The film features acclamined genre film directors from around the world including Baskin's Can Evrenol, Miss Lovely's Ashim Ahluwalia, The Rambler's Calvin Lee Reeder, Duke of Burgundy's Peter Strickland, and more together to tell the folk tales that scared the wits out of their native lands. Also grabbing my attention is Jenn Wexler's debut feature, The Ranger, about a group of snotty punk rockers on the run from a deranged park ranger. The rest of the lineup is really interesting as well, let us know what's got you curious!

More about What Keeps You Alive

More about A Prayer Before Dawn