After 11 films, plus a Syfy spin-off, the Puppet Master franchise is back with a reboot in which legendary German-born actor Udo Kier plays the titular puppeteer, Andre Toulon. While in the prologue of the 1989 original film Toulon is being persecuted by the Third Reich, and subsequent sequels/prequels like Puppet Master III: Toulon’s Revenge further explored his role first as a victim and then as a killer of Nazis, Puppet Master: The Littlest Reich presents the opposite scenario.

This new version depicts Toulon as an evil puppet master who worked for Nazi Germany and, even many years after World War II ended, continued using his violent puppets to bring the horror of the Third Reich to the United States. The main plot is set in a Texas town 30 years after the so-called Toulon Murders and follows the brutal return of the Nazi puppets, even if Toulon was shot and killed by the local police back in the late eighties.

Directed by the Swedish duo of Sonny Laguna and Tommy Wiklund, and written by Brawl in Cell Block 99 and Bone Tomahawk’s S. Craig Zahler, the already controversial Puppet Master: The Littlest Reich hits theaters, VOD and Digital HD on Friday, August 17. To celebrate the release of arguably the finest, goriest and just craziest Puppet Master flick in the entire history of the franchise, here’s my conversation with the latest puppeteer himself, Mr. Udo Kier, who also talked about such other of his films as Flesh for Frankenstein, Blood for Dracula and Suspiria.

ScreenAnarchy: In some of the previous PUPPET MASTER movies, your character Andre Toulon was a victim of the Nazis, but now he’s the Nazi. How was your process to play this new version of the character? Did you watch some of the other PUPPET MASTER films?

Udo Kier: I had seen the Puppetmaster, but only the first one. I remember one thing very well, when he paints the little white puppet. That was the only thing I remember basically.

Now, the writer of Puppet Master: The Littlest Reich is S. Craig Zahler. I had worked with him on a film called Brawl in Cell Block 99, which he wrote and directed; then he called me and said, "I’m doing a film with Mel Gibson in Canada [Dragged Across Concrete] and I’m doing a film with Dallas Sonnier, who’s the producer of the two films I mentioned, the Puppet Master, I wrote it but I’m not going to direct it, but I chose two young directors from Sweden." I said OK and then I went with Craig. 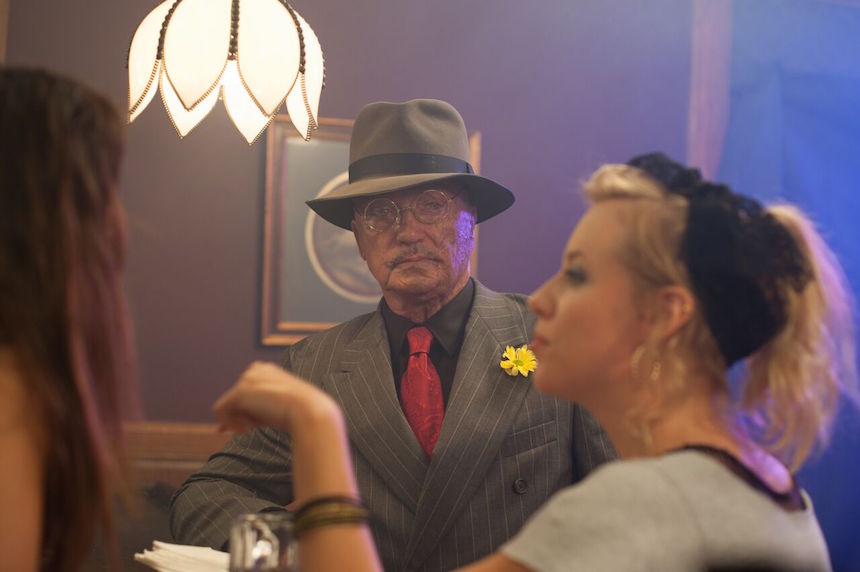 The interesting thing was that I prepared myself not for the movie but I had to sit in a chair for four hours putting the makeup on; I did not look in the mirror till I was done. After four hours, I saw myself, I got shocked, then I had to do a wonderful scene with two girls and then it was over.

I went to New Orleans after making a film in Brazil with Kleber Mendonça Filho and Sonia Braga [Bacurau], so I was on my way from Brazil back to Los Angeles when I stopped in New Orleans and that’s when I saw the film for the first time and yeah, I liked the evil puppets. They’re so evil!

In that sense, I think it’s a fun film but some people might think it’s politically incorrect because the puppets are evil Nazis. What do you think of this age when people are criticizing a film just because they consider it’s not politically correct?

It’s a movie, first of all. It’s a horror movie. I don’t think that it’s politically incorrect, I mean, they’re puppets and they’re Nazis and they kill, but they don’t make any propaganda saying “we are good, we are Nazis.” We all now what a horrible political time that was. Being born in Germany, I still think a lot about it, but for example, I have played Adolf Hitler a few times, in Iron Sky, but I have never in my life played a serious, documentary-like Nazi. I have never done that and I never will do that. That the puppets have the emblem on their arms, I wouldn’t call it politically incorrect.

You’re now a frequent collaborator of S. Craig Zahler. Would you say he’s one of the new voices to follow in genre, crazy cinema?

I meet a lot of people, great people like Alexander Payne, Gus Van Sant, I worked with them, but what I like about Craig Zahler is that he’s an amazing writer. I will work with him, if possible, again and again. He’s different, his films are different, and Puppet Master: The Littlest Reich is different though I know only the first one and I heard there was also one other Puppet Master where they were Nazis but I don’t know. I always liked the first film. 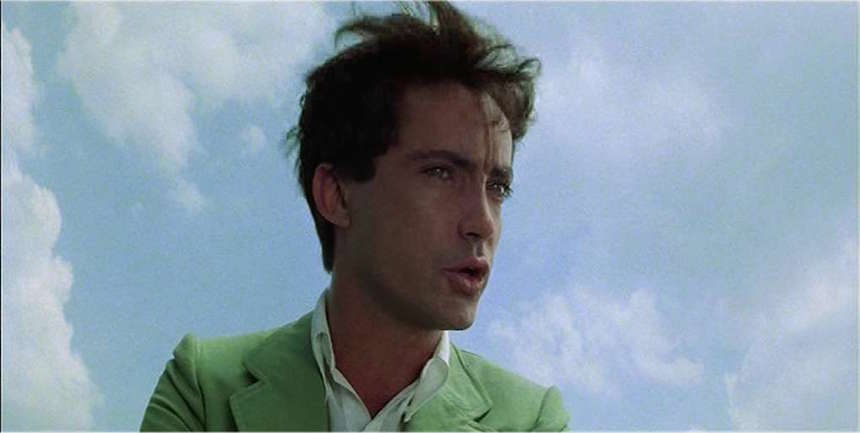 How do you feel about this time when classics like Dario Argento’s SUSPIRIA are being remade?

I did 40 years ago Suspiria with Dario Argento and now they made a new one. I love Tilda Swinton and she’s a wonderful actress but I didn’t try to be in that movie. I didn’t try to be in The Kingdom by Lars von Trier when Stephen King wrote the new series [Kingdom Hospital]. If I’m in the original, why should I be in the copy or the following up?

How do I feel about it? I mean, I’m happy that people like the first one so much that they make another one. Look, I made Blade number one with Stephen Norrington directing and Wesley Snipes. I like the first one but I didn’t even look at the second and the third, because I’m in the original.

You’re working in genre projects but also in films by Gus Van Sant and obviously Lars von Trier. How does that work for you nowadays?

Because in the seventies Flesh for Frankenstein in 3D and Blood for Dracula were very successful, a lot of people offer me horror films, they like what I did in these two movies. I like horror movies because is not reality, so you can invent movement and the way you speak and what you say.

I have fun if I make a horror film like Cigarette Burns with John Carpenter, I always wanted to work with him and then they called that he wanted me for his film, and I said yes, yes. It’s so ridiculous that I open my stomach with a knife and put my insides in a film projector, but that’s what it is.

If I work with Gus Van Sant, I don’t act, it’s me sitting in a room. Lars von Trier’s favorite line, for everybody, is “don’t act”, which is not easy, not to act if you have made a lot of films. But again, that’s what it is.

From your amazing and diverse filmography, do you have any particular favorite roles?

As an actor, it’s the films that were critically acclaimed and people liked, or Flesh for Frankenstein and Blood for Dracula directed by Paul Morrissey that became worldwide known and everybody was talking about them. That’s good for yourself as an actor, that’s what you like.