Fear Goes International In THE FIELD GUIDE TO EVIL Trailer 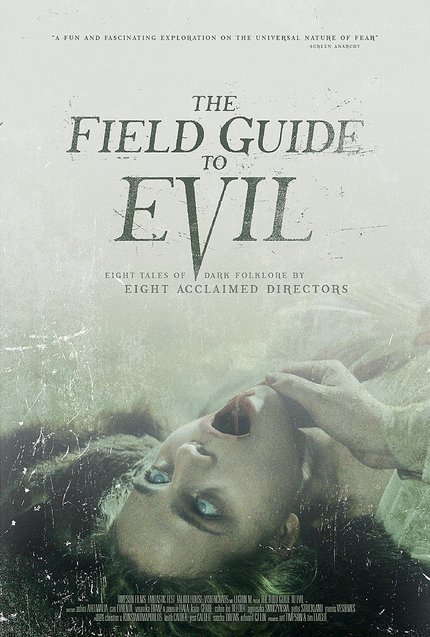 Following a year-long festival run that began at SXSW 2018, the latest Ant Timpson/Tim League horror anthology production The Field Guide to Evil is set to have a limited theatrical release in North America starting on March 29th.

The film is the partial result of a new kind of profit sharing crowd funded project through MicroVentures where fans were invited to contribute. The pitch was a film in eight parts directed by nine of the world's hottest genre filmmakers based on the folklore or mythology of their homeland. The participating directors include Calvin Lee Reeder (USA), Ashim Ahluwalia (India), Peter Strickland (Hungary), Veronika Franz & Severin Fiala (Austria), Agnieszka Smoczynska (Poland), Katrin Gebbe (Germany), Can Evrenol (Turkey), and Yannis Veslemes (Norway).

I saw the film at its world premiere last year and had this to say,

Field Guide to Evil is a fun and fascinating exploration of the universal nature of fear, directed by eight of the world's foremost young genre talents, and while the film is predictably uneven in tone and approach (not a bad thing), there's something for everyone.

For those not near one of the participating theaters, the film will also be available on VOD on that same date. Take a look at the trailer below and get excited!