James Marsh
Editor, Asia; Hong Kong, China (@Marshy00)
Tweet Post Submit
With the first half of 2016 now in the can, it’s time to take my customary glance back over the Asian cinematic offerings from the past six months. There have been an encouraging number of successes in 2016, as well as some royal stinkers, whose stench I’m still trying to scrub off.
Yuen Wo-ping’s Crouching Tiger Hidden Dragon: Sword of Destiny proved a honking dud, both over-stuffed and wholly generic, before then being panic-edited down to a lean, incomprehensible 90 minutes. Similarly, Wong Jing’s From Vegas To Macau III further derailed his previously lucrative Chinese New Year comedy franchise, while Sammo Hung’s The Bodyguard was egregiously mis-sold as a veteran martial arts reunion, only to reveal itself as a dull, uneventful drama.
Further afield, Takashi Miike’s Terra Formars proved little more than an expensive waste of space, though his output is so prolific we won’t have to wait long for his next film. And after a 35-year wait, the Sailor Suit and Machine Gun reboot also proved woefully disappointing.
However, rather than kick bad movies around town all day, here are my favourite Asian films of 2016 so far: 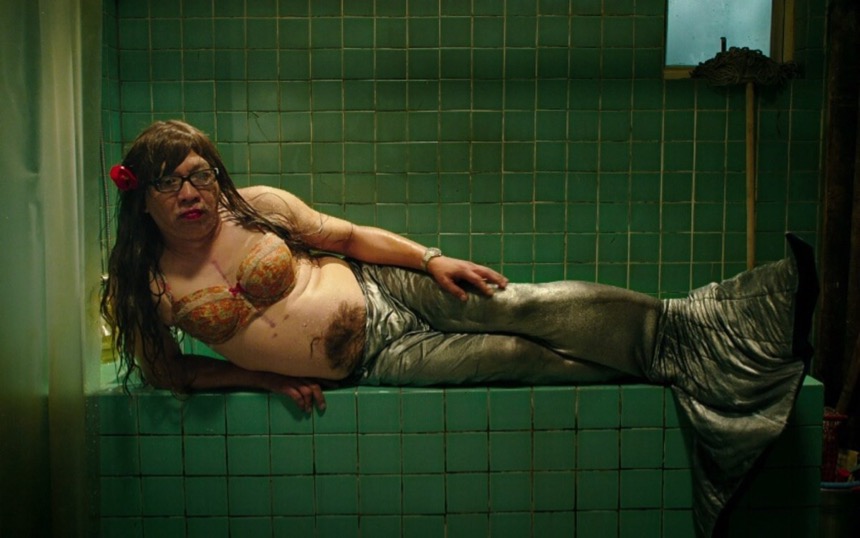 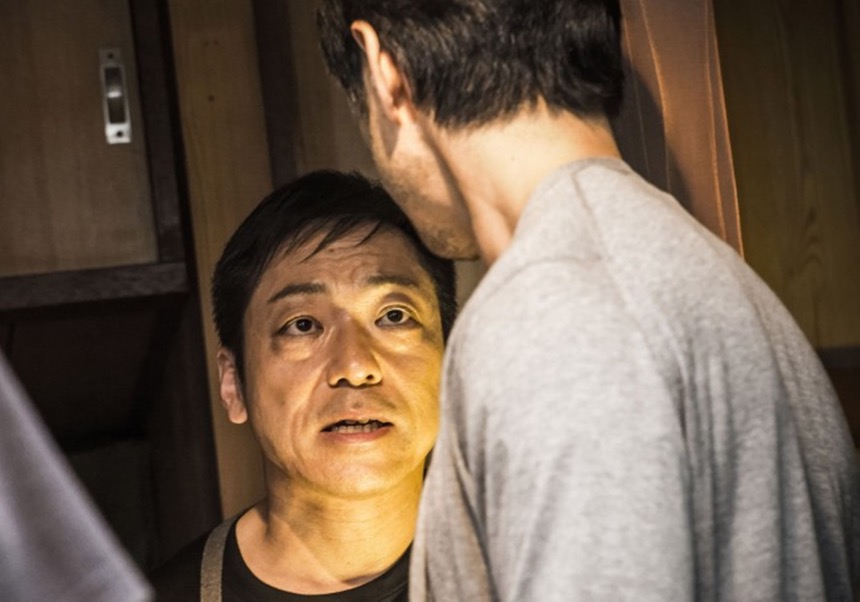 After the low-key Journey to the Shore, Kiyoshi Kurosawa returns to the more familiar end of the horror genre, following a cop and his wife as they move to a new suburban neighbourhood, only for their oh-so-odd neighbour to strangely ingratiate himself into their home and lives. Hidetoshi Nishijima, Yûko Takeuchi and the always brilliant Teruyuki Kagawa star.

Find a link to Teresa's review below. 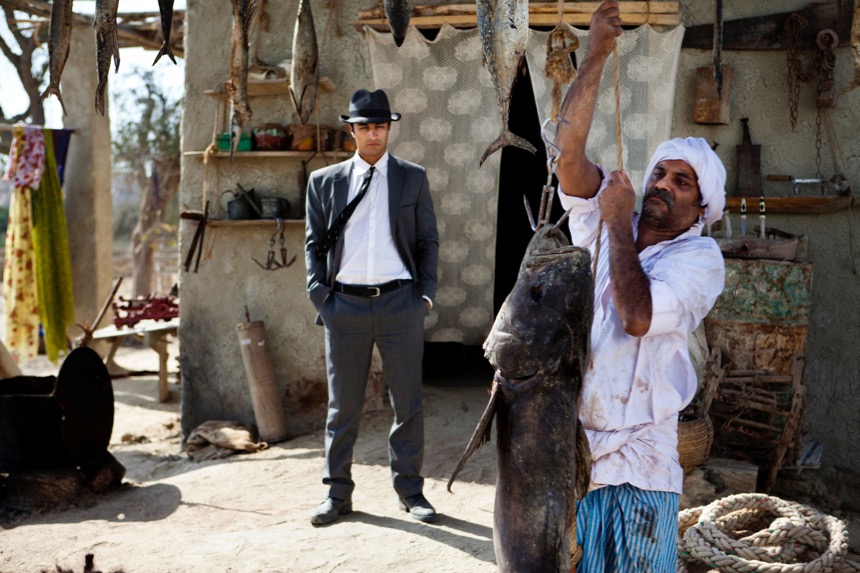 Certainly one of the more bizarre entries on this list, Mani Haghighi infuses a whodunnit thriller set in 60s pre-revolutionary Iran with a noirish Hollywood tone, thumping rock soundtrack, surreal imagery and occasional leaps into mockumentary. An apparent suicide in an abandoned house near a shipwreck by a cemetery in the middle of the desert (got all that?) is just the trigger for a series of dreamlike events, including disappearances, betrayals and an examination of cinema itself. Wholly unique and definitely worth seeking out. 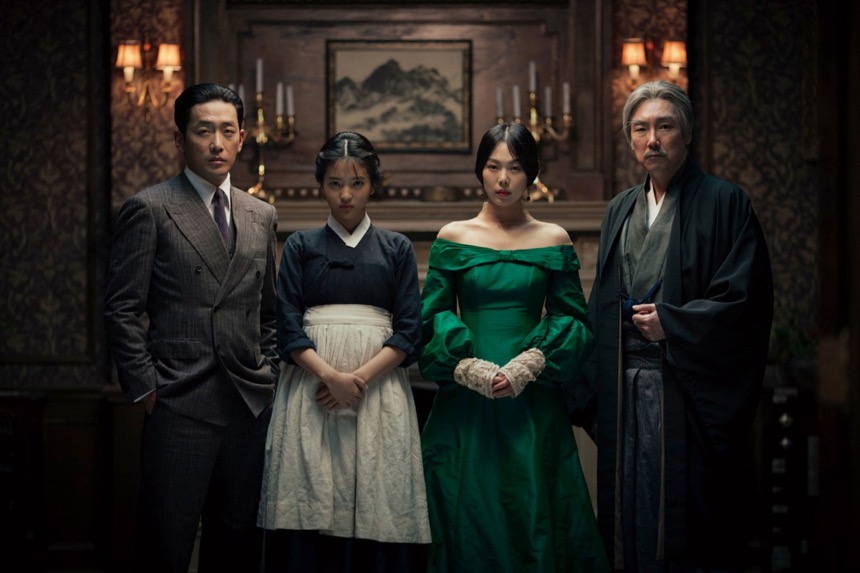 Park Chan-wook, the Korean wunderkind who spearheaded his nation’s recent cinematic charge onto the world stage, returns home with his first Korean film since 2009’s Thirst. Adapted from the British novel Fingersmith, The Handmaiden is a visually lush, thematically audacious and riotously camp thriller set almost entirely within the vast estate of an eccentric Japanese aristocrat. Newcomer Kim Tae-ri is mesmerising as the new housemaid, who’s presence is part of a scheme to rob the estate’s young heiress (Kim Min-hee) of her fortune and freedom. What follows is an absurd game of sexual exploration and exploitation that is as morally questionable as it is stylistically ravishing. 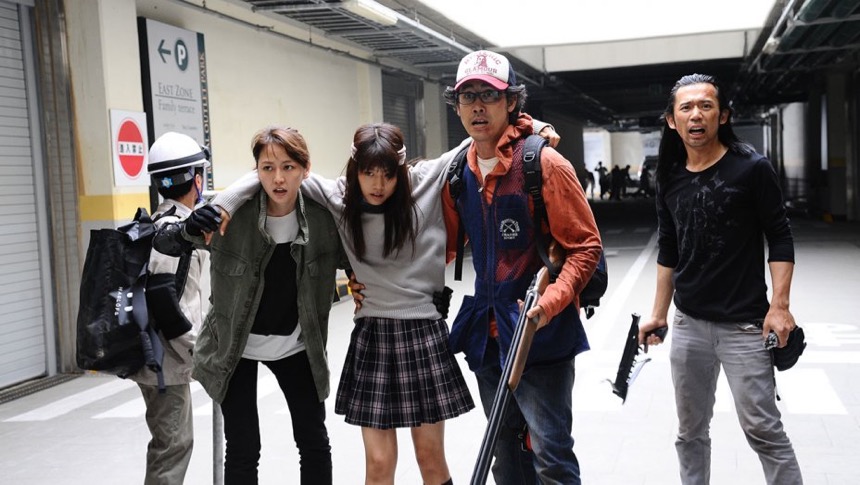 I am a Hero (dir. Shinsuke Sato, Japan)

Just when you thought the zombie movie had nothing new to offer, along comes I am a Hero, adapted from the manga by Kengo Hanazawa. Borrowing liberally from the likes of Dawn of the Dead and Shaun of the Dead, the film follows an awkward manga illustrator - with a diligent love of skeet shooting and prone to flights of fantasy - who finds himself amidst a full-blown zombie apocalypse. Striking the perfect balance between genuine laughs and shocking violence, I am a Hero is riotously entertaining from start to finish and the best zombie movie in a good many years.

Find a link to Ard's review below. 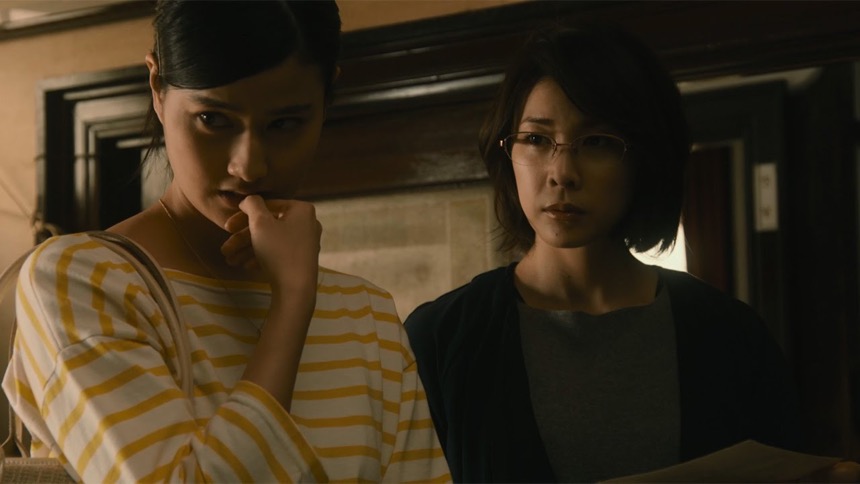 It has been a long time since Japan produced a genuinely scary horror film to match the modern classics of the late 90s and early 2000s. Likewise, director Yoshihiro Nakamura has had a rather uneven few years after finding widespread acclaim for the likes of Fish Story and A Boy and his Samurai. Therefore, what a great relief it is to discover that The Inerasable can sit proudly alongside the likes of The Ring and Dark Water (which Nakamura also wrote). Yuko Takeuchi (who also appears in Creepy) plays a popular author of mystery novels who investigates strange goings on in an apartment building, only to unearth a long-buried and truly terrifying secret.

Find a link to Mack's review below. 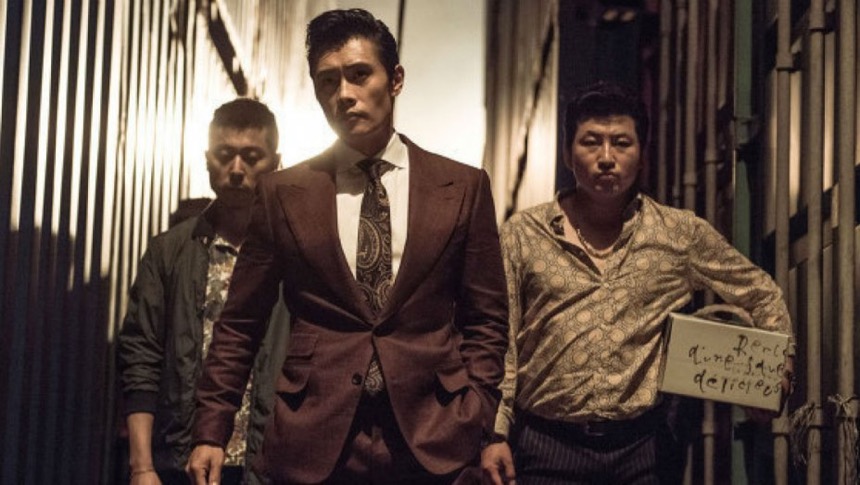 After a tough year, Lee Byung-hun bounces back in fine style with this typically slick and polished thriller, exposing the corruption ingrained within large conglomerates, political parties and even the media in contemporary South Korea. After getting burned by his superiors, Lee’s mid-level enforcer forms an unlikely alliance with Cho Seung-woo’s ambitious prosecutor, also disillusioned and frustrated by high level cronyism. The results are bloody and stylish, featuring an abundance of grown men shouting at each other. 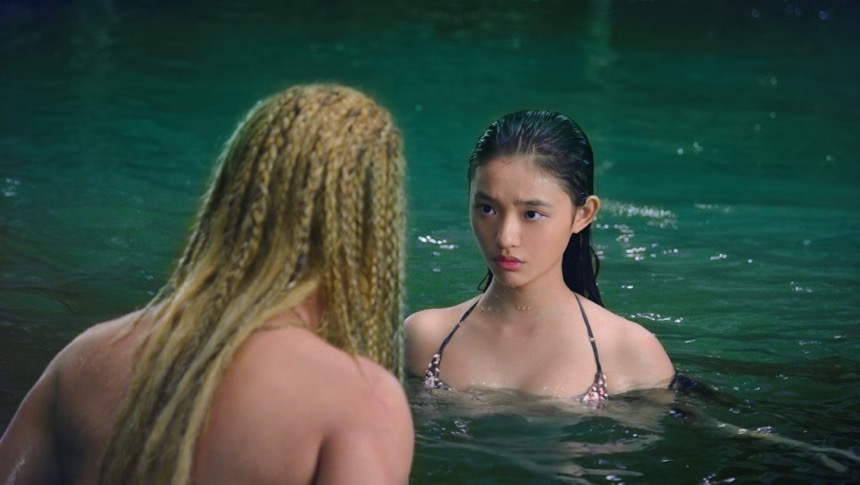 Stephen Chow’s latest romantic comedy proved a monster Chinese New Year hit and currently stands as the most successful movie of all time at the Chinese box office. Newcomer Jelly Lin plays the titular mermaid, tasked with seducing Deng Chao’s womanising property developer, who is threatening to destroy their aquatic enclave. The results are typically manic, goofy and surprisingly touching, with Show Lo’s Octopus stealing the show. While in no way can this really qualify as a Hong Kong movie, it’s great to see that Chow can still deliver the goods.

Find a link to J Hurtado's review below. 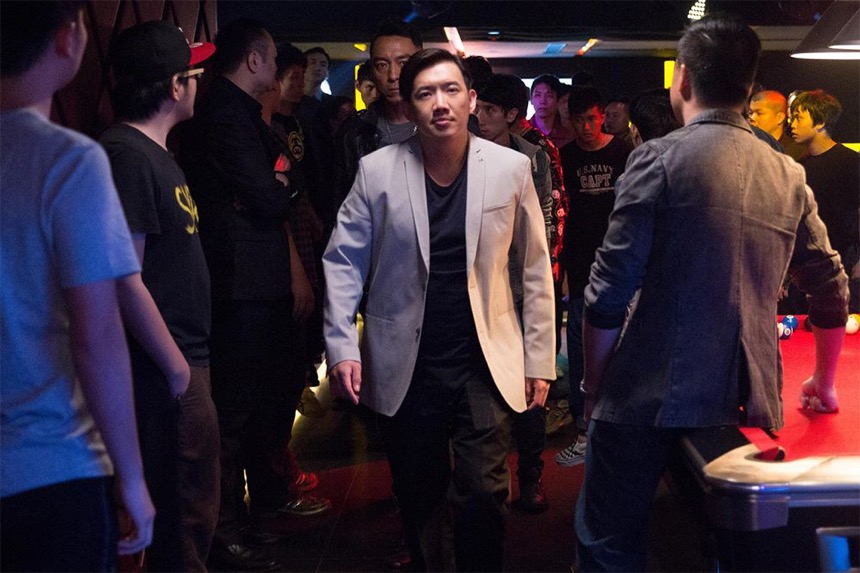 Hugely prolific Hong Kong filmmaker Herman Yau has made a number of films over the years beloved by readers of these pages, not least his grotesque collaborations with Anthony Wong, namely The Untold Story and Ebola Syndrome. In the wake of 2014’s Umbrella Revolution, Yau and Wong teamed up with Chapman To, one of only a few other local celebrities to publicly support the 75-day protest, to mold this deliciously satirical triad flick through which they can vent their frustrations.

The Dragon Head elections are imminent, with candidates selected and ultimately voted for by an elite collective of senior gangsters. Chuck (To), who is in contention himself, leads the charge to give every man their right to vote in who will become the new triad leader. While the results may not be as polished as Johnnie To’s Election films, they are certainly more direct in their refusal to take China’s rule over Hong Kong lying down. 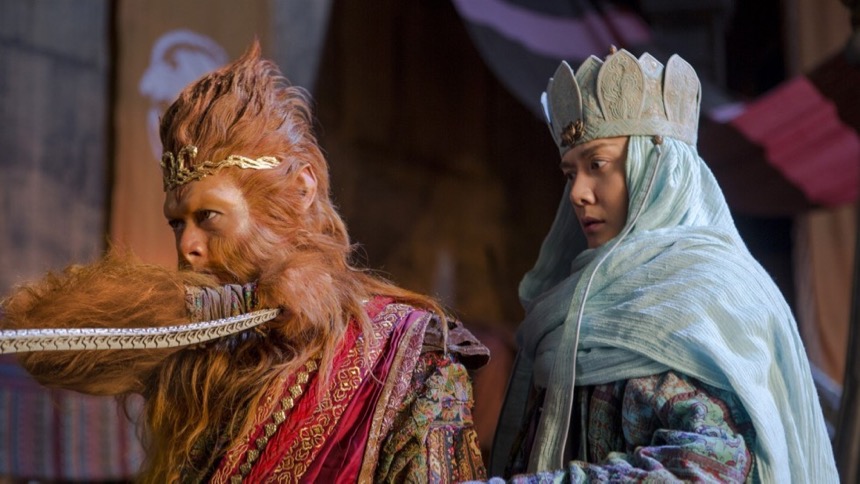 After the unholy debacle that was 2014’s The Monkey King, the prospect of a sequel was understandably unappetising, though inevitable considering the ton of cash the film made on the mainland. With Donnie Yen - honestly the only positive element of the first film - relinquishing his hold on Sun Wukong, Aaron Kwok steps into the lead role, again for director Soi Cheang, to tell the part of the epic Journey to the West probably most familiar to Western audiences. Tasked with shepherding a young monk to Northern India, the pair is joined by a water demon and a half-man, half-pig and set off on a multitude of adventures. Gong Li is fantastic as the villain here - a baby-eating spirit in search of eternal youth - while slicker CGI and a genuine sense of fun ensure The Monkey King 2 is a huge improvement. 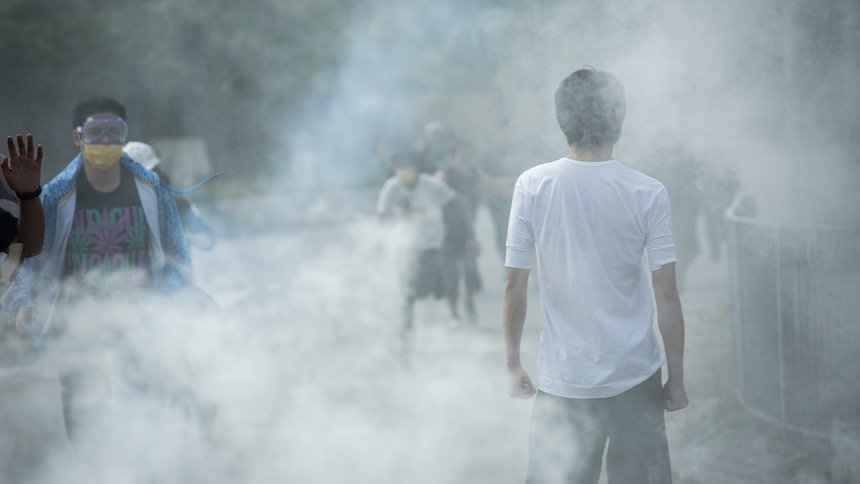 Far and away the most important film to come out of Hong Kong in the past 12 months, Ten Years was not only banned on the mainland, but when it received a Best Picture nomination at the Hong Kong Film Awards, the entire ceremony was dropped by every TV channel north of the border. And then it won, beating out Philip Yung’s Port of Call - and giving the entire local industry an opportunity to express their dissatisfaction for China’s handling of the Umbrella Revolution (albeit anonymously). Suffice to say, Beijing was not happy.

An anthology of five speculative stories imagining Hong Kong under Chinese rule a decade from now, the film may not be the most technically proficient piece of cinema you'll see this year, but its ideas, messages and fears absolutely need to be heard. 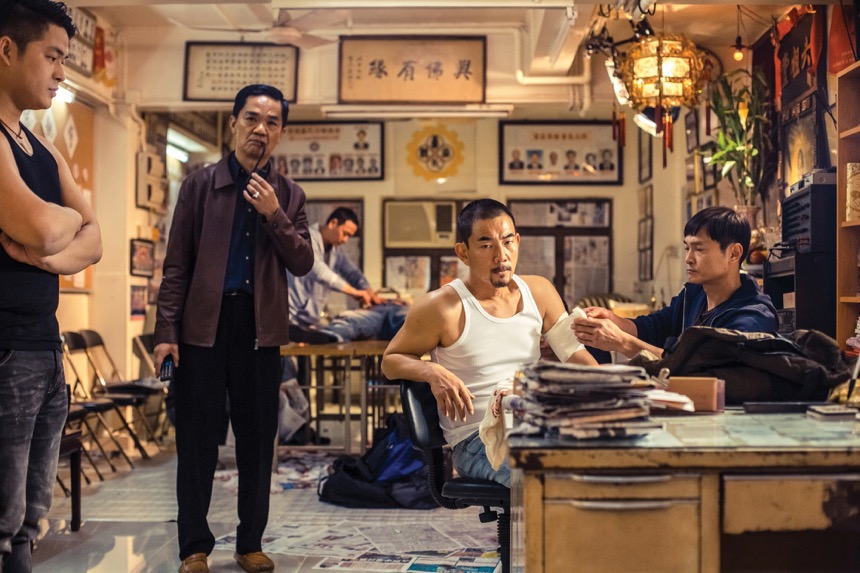 The best Hong Kong movie of the year so far is a three-pronged crime thriller produced by Johnnie To. Directed by up-and-coming filmmakers Jevons Au (one of the five directors responsible for Ten Years), Frank Hui and Vicky Wong, Trivisa follows three criminals - each of whom believes themselves to be Hong Kong's “King of Thieves” - who hear rumours of an apparent team-up, so set out to make it a reality. Jordan Chan, Richie Ren and Gordon Lam star, with each director following one of these three principals, all ably supported by a raft of familiar Milkyway players. Set in the lead up to the 1997 Handover, the film effortlessly evokes the golden era of Hong Kong action, while also teasing at the city’s current uncertain climate. The result is a top drawer crime drama and one of the year’s best films. 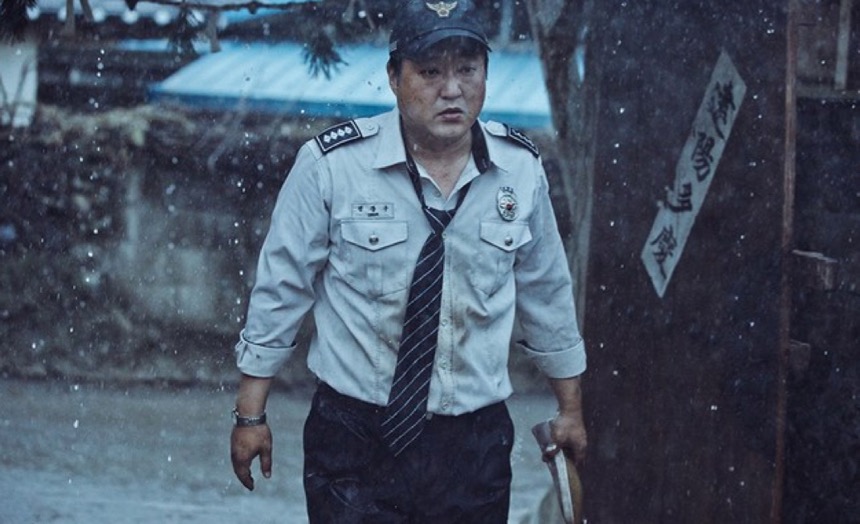 Six years after The Yellow Sea, Na Hong-jin finally delivers a new film, and boy was it worth the wait. Opening as a typical small-town murder mystery, The Wailing spirals into a full-blown supernatural nightmare for slobbish copper Jong-goo (a fantastic performance from Kwak Do-wan), when his community turns against a mysterious Japanese resident (Jun Kunimura), and a big city shaman (Hwang Jung-min) is called in to help. A nerve-shredding rollercoaster that blends elements of Memories of Murder and The Exorcist as it builds towards an insane, morally ambiguous finale, The Wailing is the best South Korean thriller to emerge in quite some time.

More about Inside Men

More about The Inerasable