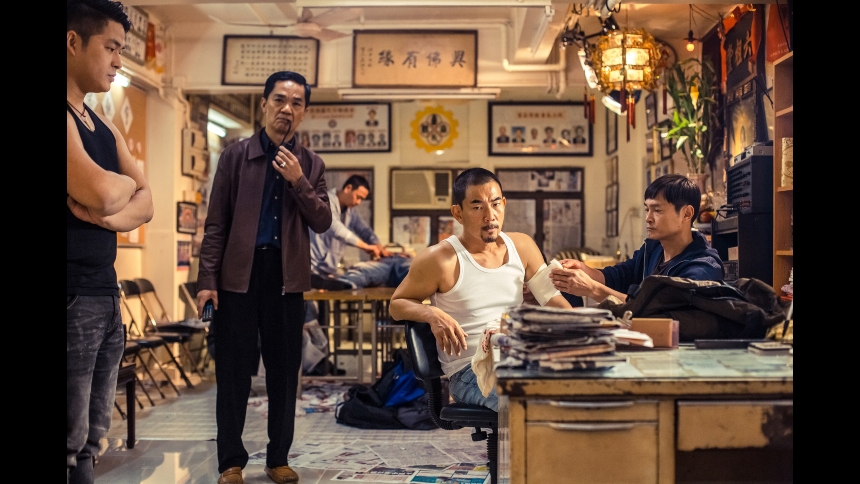 Where were you during the Handover?

Calling to mind the spirit of Hong Kong gangster movies in the late 1980s and early 90s, without aping any of the classics in particular, Trivisa walks with a confident, modern spirit.

After debuting at the Berlin International Film Festival in February 2016 and then making select stops on the festival circuit, the Milkway Way Image title then floated off the radar. Beyond festivals, I don't believe it ever gained a North American release and I never had an opportunity to see it until now.

Three congruous stories are told. Frank Hui, Vicky Wong and Jevons Au share directing credit; each director handled one of the three primary characters, who are all criminals from Mainland China who end up in Hong Kong in the months leading up to the Handover of sovereignty from the UK to China in June 1997.

In the years prior, the three became known for their bold, law-breaking actions, and were eventually conflated in the public eye as the 'three kings of thieves,' even though they never even met one another. Subsequent to a legendary robbery caught on camera, Yip Kwok Foon (Richie Jen) and Kwai Chung Hung (Lam Ka Tung) have lowered their criminal profiles considerably, though they still engage in illegal activity. Cocky and colorful, the loutish Cheuk Tze Kung (Jordan Chan) cuts a far more outlandish figure, flaunting his criminal behavior.

The film somehow weaves these disparate stories together, which makes for a sometimes disorienting narrative upon first watch. Individual scenes play very well, however, and felt very compelling. I was happy to sit back and watch Trivisa unfold, fired up by the often arresting scenes and the presence of faces familiar from past Milkway Image production, including one of my favorite actors: Lam Suet.

Summing up: Tough, terse and quietly thrilling. Recommended for all fans of classic Hong Kong cinema.

Thanks to YTSL and her fine review for help in identifying the actors and characters.

Do you feel this content is inappropriate or infringes upon your rights? Click here to report it, or see our DMCA policy.
Frank HuiHong KongJevons AuJohnnie ToJordan ChanLam Ka TungRichie JenShudderVicky Wong