Hugo Ozman
Contributing Writer; Sydney, Australia (@HugoOzman)
1
Sign-In to Vote
Tweet 0 Submit
Trivisa was a big winner at this year’s Hong Kong Film Awards but judging by the number of new talents whose films were nominated and awarded, the Hong Kong film industry was perhaps the biggest winner of all, as a fresh new wave that could revitalize Hong Kong cinema has finally arrived.
Trivisa won a total of five awards, including Best Film, Best Director, Best Screenplay, Best Actor and Best Editing. The film was made with the support of Hong Kong auteur Johnnie To, who co-produced with Yau Nai Hoi (screenwriter of The Mission, PTU and Election, and future successor of To’s production company Milkyway Image) and gave three new directors (Frank Hui, Jevons Au and Vicky Wong) the opportunity to make this crime thriller. According to Yau, market and box office potentials were not considered when the film was made. And so Trivisa was born, and it ended up being more critically acclaimed and a bigger award-winner than To’s own 2016 film Three. 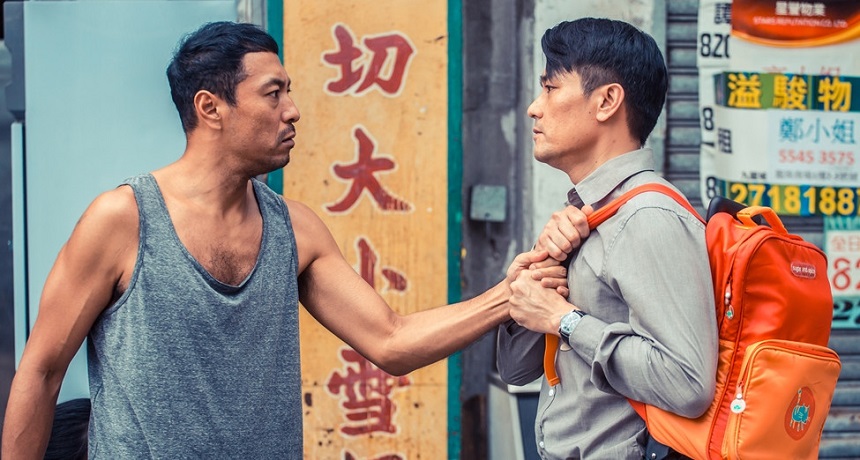 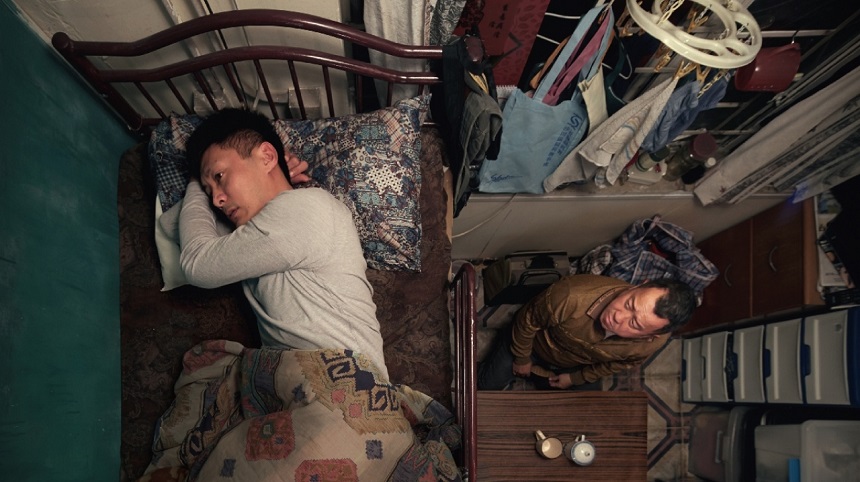 “Hong Kong cinema won’t die, but it has completed its historical mission,” said Alfred Cheung in 2010. As someone who grew up watching Hong Kong films, it was very sad for me to hear such a pessimistic comment from the popular Hong Kong filmmaker who was behind hit comedies like My Dear Sister-in-Law. And for a number of years, it would appear that the second part of Cheung’s statement was true, while the first part might actually be wrong. The once thriving Hong Kong film industry was suffering badly as more and more of the region’s top filmmakers and leading actors were finding work in Mainland China, a much bigger market than Hong Kong. The number of local films made were reducing every year and audiences were becoming less interested in local films and instead flocked to see big-budget Hollywood productions. The sad reality was that the Hong Kong film industry was slowly dying.
Fortunately, over the past 3-4 years, the rise of new directors whose films won over both critics and audience has started to reverse the fate of Hong Kong cinema. Some of the critical and/or commercial hits by these new directors have included controversial political omnibus film Ten Years, Adam Wong Sau Ping’s The Way We Dance and She Remembers, He Forgets, Philip Yung’s Port Of Call, Lau Ho Leung’s Two Thumbs Up, Lau Wai Hang’s Wong Ka Yan, Amos Why’s Dot 2 Dot, Nick Cheung’s Keeper Of Darkness (the actor’s second film as a director) and Juno Mak’s Rigor Mortis. 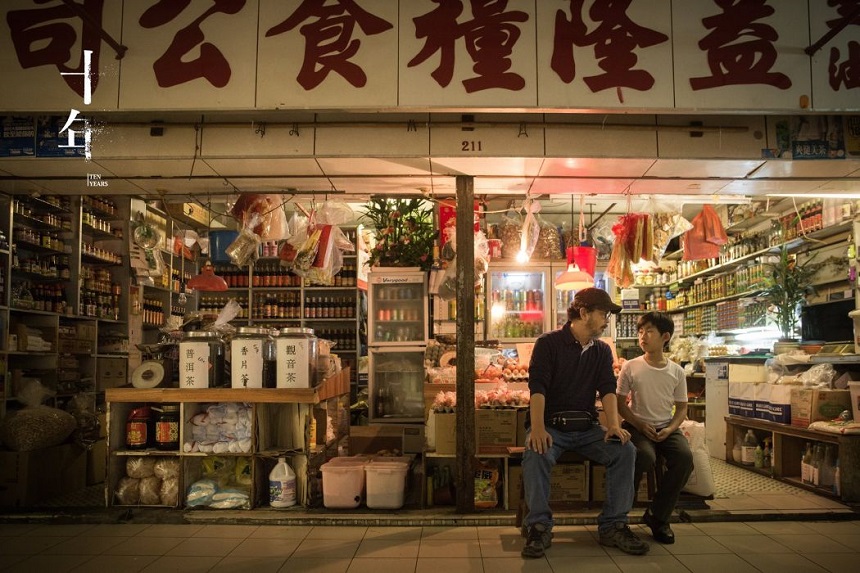 At this year’s Hong Kong Film Awards Ceremony, when I saw the group of new directors standing on stage waiting for the Best New Director Award to be presented, I knew that I was looking at the future of Hong Kong cinema. Many of the films and their makers should benefit greatly from their nominations / wins. No doubt the filmmakers will get greater opportunities to work on new film projects, and some of the films will get a chance to get higher box office returns through theatrical re-release. With Kara Hui’s win as Best Actress for her mesmerizing performance in Happiness, her film is getting a re-release in cinemas, as is Best Film winner Trivisa. The same thing happened for last year’s big winner Port of Call.
Talking about box office returns, the all-time highest grossing Chinese-language film in Hong Kong is Cold War 2, a political crime thriller directed by Leung Lok Man and Sunny Luk Kim Ching, which took in HK$60 million at the end of its theatrical run in Hong Kong last year. The film was only the directors’ third film, and their directorial debut Cold War was a surprise hit in 2012, earning over HK$40 million and winning 9 awards at the Hong Kong Film Awards the following year. 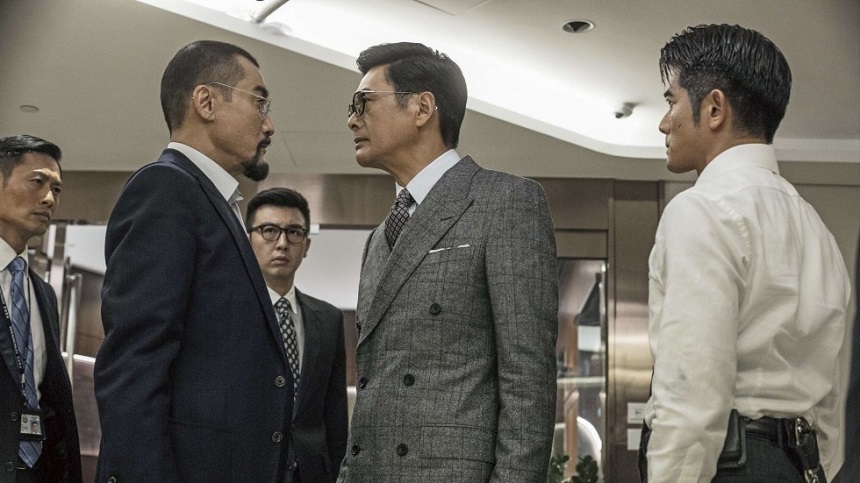 All the new directors would not have had these achievements without being given the opportunities to make films in the first place. Many actors, filmmakers, investors and distributors have given significant support to new directors for a number of years. Johnnie To founded the Fresh Wave International Film Festival in 2007 to find and support new talents. “Fresh Wave sets itself the mission to discover young directors, and recognises the importance to nurture such talent,” stated To. The three directors of Trivisa are all past Fresh Wave winners. Many actors have helped new directors by acting in their films, often with reduced or no pay. For example, Eric Tsang reportedly acted for free in Mad World, while Richie Yen did the same for Trivisa. Emperor Motion Pictures (Two Thumbs Up, Happiness), Pegasus Motion Pictures (Wong Ka Yan) and Media Asia Films (Trivisa) are some of the companies that have invested in films by new talents. Hong Kong film distribution company Golden Scene has distributed a good number of these films and has been instrumental in the success of many of them. 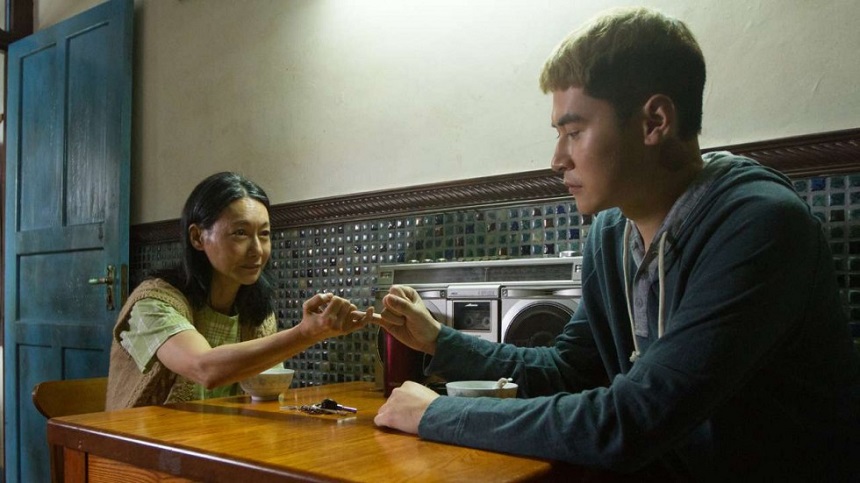 The future of Hong Kong cinema is certainly starting to look promising again. Many more films by new filmmakers are in production and some are already scheduled for release this year. Pleasingly, local audience are increasingly showing their support for these films. The award-winning Mad World is currently in release and has earned HK$13 million so far, making it a box office hit by local standards. Also in release is Chiu Sin Hang and Yan Pak Wing’s Vampire Cleanup Department, which pairs up young actor Babyjohn Choi (The Way We Dance) and veteran Chin Siu Ho (Mr Vampire) and has found moderate success at the box office, having made around HK$6.5 million so far. Upcoming releases include Kearen Pang’s 29+1, Alan Lo’s Zombiology: Enjoy Yourself Tonight and actor-director Chapman To’s The Empty Hands.
However, while there is now no shortage of talented filmmakers, one problem that remains for the Hong Kong film industry is that its stars are ageing and there are very few new actors who could take their places. In the past, television was a great platform for launching the careers of actors and actresses. Many of today’s top film stars started their acting careers on television, including Chow Yun Fat, Stephen Chow, Andy Lau, Tony Leung Chiu Wai, Lau Ching Wan, Louis Koo, Simon Yam, Nick Cheung, Gordon Lam, Chapman To, Carina Lau and Maggie Cheung. However, recently there has not been the continuous supply of fine actors like before, which is due to various reasons such as the decline and subsequent closure of one of only two local Chinese-language television networks (ATV), and the other TV network (TVB)’s tendency to heavily promote a handful of its favorite (but not necessarily its most gifted) actors while neglecting others regardless of their talents.
But there is hope on the horizon. The Hong Kong government has given licences to new free-to-air television networks, which should mean many more opportunities for actors and actresses to fine tune their acting skills. Looking at the current TV stars, I feel that Vincent Wong Ho Shun (Black Ransom) and Tracy Chu Tsin-suet (Helios), who have only had small film roles so far, have the potentials to become big film stars in the future. And of the existing film actors and actresses, I believe Max Zhang (The Grandmaster, Ip Man 3) is on the verge of superstardom, while JuJu Chan (Crouching Tiger, Hidden Dragon: Sword Of Destiny) could become the next Michelle Yeoh if given the right roles that show off her skills, and great supporting actor Philip Keung (Trivisa, Unbeatable) would make a great leading man. 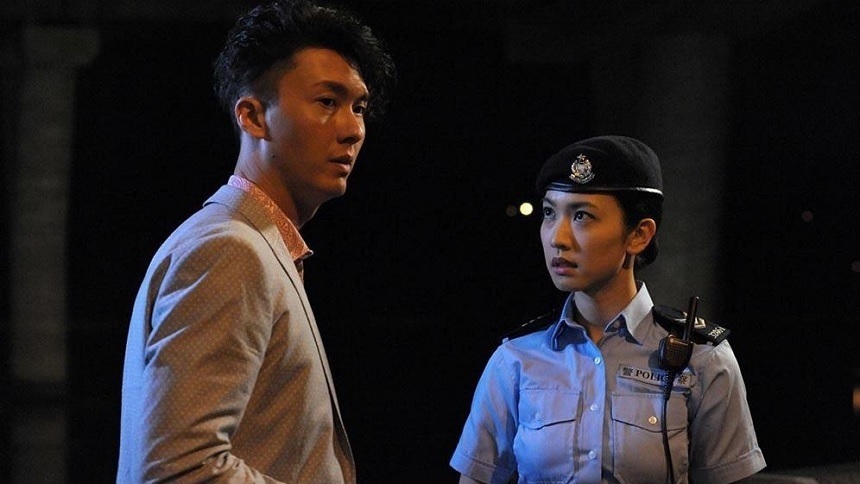 Hong Kong’s previous New Wave happened in the late 1970s and 1980s, with the emergence of new directors who brought new ideas, styles and techniques to Hong Kong films. Many of these directors, such as Tsui Hark, Ann Hui and Wong Kar Wai, remain key figures in the region’s film industry today. Hopefully, the filmmakers of the current new wave will be able to achieve the same, if not greater, success.
A few years ago, when I interviewed director Adam Wong Sau Ping about his new film The Way We Dance, I chose the title “Chasing Dreams And Making Magic”, and that is exactly what the new generation of Hong Kong filmmakers is doing right now. Through their passion and hard work, Hong Kong cinema certainly won’t die and will continue its mission for years to come.
Welcome to Hong Kong cinema’s Fresh New Wave.
Source of top image: South China Morning Post
1
Sign-In to Vote
Tweet 0 Submit

More about The Way We Dance

More about Two Thumbs Up

People have been predicting the death of the local industry since the handover. Yet somehow it still plugs along.

An interesting point made in the article, and something I've been saying for years, is that the new crop of stars just can't compete with the 'Golden Age' stars in terms of charisma. Maybe that's just pure nostalgia blinding me.