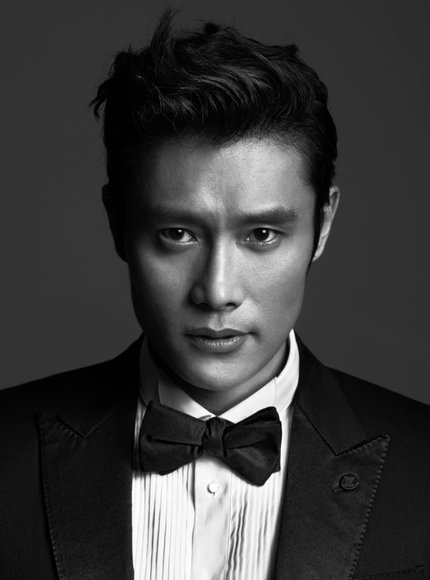 With a career that has included some of South Korea’s biggest hits, including Joint Security Area, A Bittersweet Life, The Good, the Bad and the Weird and his latest record-breaker, Inside Man, Lee Byung-hun is simultaneously carving a place for himself in Hollywood with appearances in GI Joe and the upcoming Magnificent Seven.  Before receiving the New York Asian Film Festival’s Star Asia award for his lifetime of work, Lee chatted with me about walking the balance between South Korea and Hollywood.

The Lady Miz Diva:  I loved the character of Ahn Sang-goo in INSIDE MEN…

Lee Byung-hun:  You even know the name! {Laughs}

LMD:  He is a study of contradictions; he’s very flamboyant, but he’s very closed.  He’s very wild and off the cuff, but he feels deeply.  Did Director Woo Min-ho allow you to interpret him as you wished?

LB-h:  In the beginning, I was actually more interested in the character that the actor Baek Yoon-sik portrayed; the op-ed columnist, however, the director told me that he wanted me to play the role of Ahn Sang-goo.  In the original screenplay, Ahn Sang-goo was portrayed as a very stereotypical, rough-and-tumble gangster, but I really wanted to bring a bit more of nuance and layer into this character.

Also, because the story moves along in such an intense way, I really wanted for the audience to be able to have some moments where they could be relieved, where they could actually have a laugh.  So, I feel like the character, Ahn Sang-goo, sometimes it looks like he’s at loose ends, then at other times, he’s intense, sometimes he’s funny, but I really feel that that is actually what human beings are like in real life.  We’re very complex and there is not just one facet to our humanity and we can never be defined in just one singular way.  So I thought, as long as I preserve the core of my character, I will be able to give a bit more layers to that character, and I also feel that is actually a more realistic way of acting and playing a character.

LMD:  You’ve been working constantly in Hollywood, so I’m curious if part of the allure of coming back to Korea to make INSIDE MEN was that you would be able to create this character from the ground up?

LB-h:  I would like to say that the most important thing that I consider when choosing my projects is really the story; even more so than the character.  So, for me, if the story resonates and leaves a lasting impression on me, that is the reason why I choose to participate in a project.  Even if there are some dissatisfying moments for the character, that is the way I choose.  I think that is what really drew me to Inside Men because the story was really excellent.

LMD:  Many times actors I’ve interviewed discuss how their real lives have enriched their work and added layers to the roles they play.  My favorite scene in INSIDE MEN is when Sang-goo is at the home of the prosecutor’s father and he reflects on his own family life and regrets having disappointed his father.  You are now a father.  Does this new life experience add to the layers you now have to give a character?

LB-h:  I’d like to tell you a story about how I came upon a screenplay that was adapted from a famous Chinese novel, and because I was such a fan of the Chinese novel, I was really excited to read the screenplay.  It’s a very long story, and it deals with a father who has many children.  It basically spans from his twenties into his sixties.  I really, really loved the screenplay, but I asked the director, “Can you just give me five more years?”  Because at the time, I was still single and I felt that I would not be able to inhabit or express the emotions that a father would have.

So, a lot of things changed with that project; the director changed, so that didn’t happen.  But recently, I just finished working on a project called Single Rider and I am a father who has a five-year-old son.  And from the moment I read the screenplay, through all the period of filming this film, I really felt that, if I had done this film before actually having a child, my performance would have been unrealistic and unbelievable.  So, I really do feel there is a crucial difference.  However much I use my imagination or my craft to express these emotions, really having the first-hand experience of being a father has, I feel, really made a difference.

LMD:  In preparing for this interview, I found something interesting about your filmography; of your last seven films, only two are Korean.

LB-h:  Oh really?  {Looks over at manager who nods agreement}

LMD:  On behalf of fans of your Korean work, I must ask whether we have to worry about losing you to Hollywood?

LB-h:  {Laughs.} Wow! This is so weird! {Laughs.} I never imagined to get this kind of question from an American.

LMD:  So, it is your intention to always make Korean films?

LB-h:  Of course, of course. You know, that’s what I can do the best - in Korean, with Korean culture.  I think sometimes I feel so sad and mad when I’m filming an American film.  Sometimes I feel like I’m just trying to follow someone.  To be similar with some kind of American actor.  Because it’s really, really hard to act in a different country with a different language and a different culture.  It’s very hard, so I’m still trying to get adjusted.

LMD:  I’m guessing that one US film is the MAGNIFICENT SEVEN remake coming up with Denzel Washington.  Tell us who your character Billy Rocks is meant to be in comparison to the 1960 movie.

LB-h:  Who Billy Rocks is meant to be in the John Sturges film is James Coburn, with the knives.

LMD:  My last question is about a mutual friend, Kim Jee-woon…

LMD:  As you’re receiving the New York Asian Film Festival’s Star Asia award for your body of work, I would be remiss in not asking about your collaboration with Director Kim.  I think many people in the West may have first noticed you in the films you did with him like A BITTERSWEET LIFE, THE GOOD, THE BAD AND THE WEIRD, or I SAW THE DEVIL.  Tell us about your relationship with him and whether we will see another collaboration?

LB-h:  I actually met Kim Jee-woon just the day before coming here to New York, and I do understand that a lot of fans of A Bittersweet Life and The Good, the Bad and the Weird are waiting for another project where we work together.  The same goes for me as well; I would love to collaborate with him on whatever project.  And I feel because we know each other so well now, and that in itself can also be a vice, but it actually feels more of our synergy because we do know each other so well.

So, the long time that has passed for us not working together, I feel like that’s a period of actually preparing for a bigger and better collaboration in the future.

Do you feel this content is inappropriate or infringes upon your rights? Click here to report it, or see our DMCA policy.
Inside MeninterviewKim Jee-woonKorean CinemaLee Byung-hunMagnificent SevenNYAFF 2016

More about Inside Men