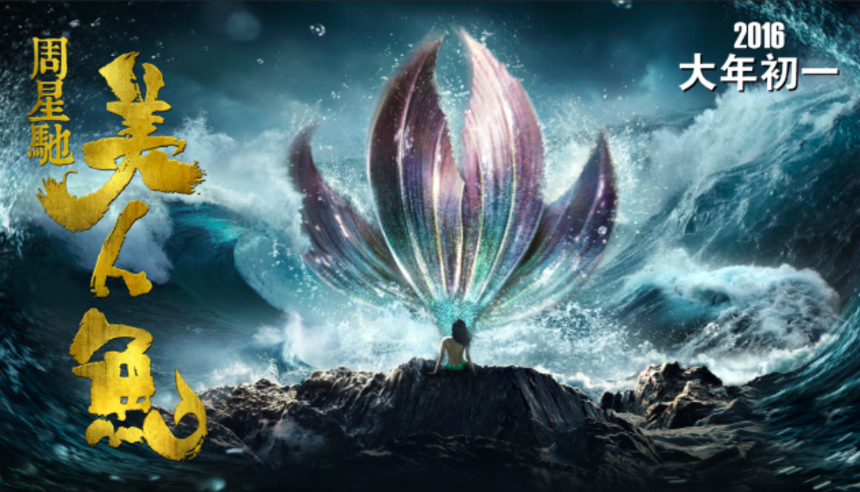 Receiving little to no publicity, the film nonetheless sold out screenings over the weekend in (very) select engagements. Our own J. Hurtado reported on Sunday via social media: "My evening screening yesterday was completely sold out and not a Caucasian face in the room." Clearly, Asian audiences know Stephen Chow, and I'd wager a fair number were impelled to go thanks to extremely positive word of mouth. (Mr. Hurtado was extremely favorable in his review).

The Mermaid earned more than $1 million at the U.S. box office, despite only playing in 35 theaters, giving it the highest per-screen average. That's just a touch of gravy, considering it's grossed more than $400 million already in the rest of the world, but it's still extremely impressive for a foreign-language release in the U.S.

Happily, the distributor is making up for lost time. The film will be expanding to additional cities starting on Friday, February 26. (See list below.)

UPDATED 2/26: The giveaway is now concluded. Thanks to everyone who entered!

Giveaway: We also have two pairs of tickets to see the film in theaters in any of the markets the film is currently playing in. To enter the giveaway, which is for U.S. residents only, please send us an email with your name and address, confirm that you are a U.S. resident, tell us where you'd like to see the movie, and then give us the title of your favorite Stephen Chow movie. We'll select two people at random from entries received by 11:59 p.m. E.S.T. on Thursday, February 25, 2016. Tickets will only be good until next Thursday, March 3.

P.S. Note that the film is more likely to be listed under its original title (Mei Ren Yu) rather than its English counterpart (The Mermaid). More information is available at the official sites listed below.

Do you feel this content is inappropriate or infringes upon your rights? Click here to report it, or see our DMCA policy.
ChinaHong KongJelly LinMermaidStephen Chow