Imagine 2016: What The Audiences Liked Best

Ard Vijn
Editor, Europe; Rotterdam, The Netherlands (@ardvark23)
Tweet Post Submit
Two weeks ago the Imagine Film Festival ended, and as usual it had provided me with a ridiculously high batting average: every film I saw there was either very good or excellent.

It's a testament to the festival's rigorous programming, which focuses not so much on getting world premieres, but rather tries to expose its audience to the best genre films which the previous year had to offer, worldwide. And while this year didn't have an obvious runaway winner, the festival's entire top-15 scored an average of 8.0 or higher, which is VERY impressive.

So here is a closer look at that top-15. Click on the edge of the images to go to the next slide. And do chime in, in the comments, about your own favourites! 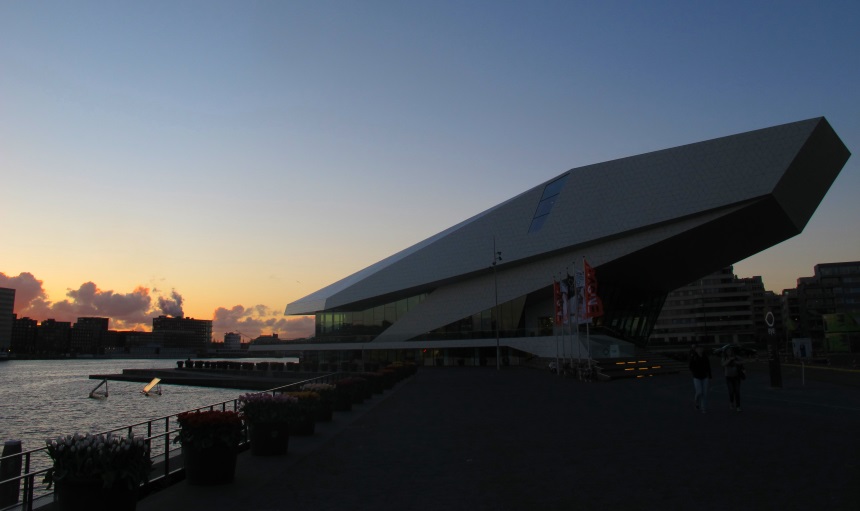 With this year's main theme of "Building Dreams and Nightmares" partly revolving around architecture in film, it wasn't lost on anyone that the festival is itself housed in a damn impressive-looking building.

The list of audience favourites is eclectic enough not to notice any theme though, bar perhaps "general excellence". Animation or live-action, funny and dreary, documentary or epic fiction, it's all here. Voting is done through cards everyone receives at the entrance of each screening, and you vote by tearing the card a little at the rating of your choice. A score of one means hopeless, two is bad, three is mediocre, four is good, and a score of five means excellent. All ratings are counted, and the averages stretched to fit a scale of ten (one mystery-voter, presumably suffering from some sort of OCD, consistently already wrote one on all of his ballots).

Ratings are often brutal at Imagine Festival, its audience still known for being outspoken and unforgiving. That means a high rating here is nothing to be sneezed at, so flip through the next slides to see the top 15 highest rated films of this year's Imagine Film Festival!

Documentaries about film tend to do well at the Imagine Film Festival, and this year we came close to having this list start and end with one. On this side, we have a French documentary by Gilles Penso and Alexandre Poncet about the design and fabrication of special effects creatures. The film lovingly shows clips, behind-the-scenes shots and interviews from all over film history.

The opening film of this year's festival got a warm welcome, though it wasn't the instant winner last year's Ex Machina was. Jeff Nichols once again knows what to do with small-scale drama and Michael Shannon, who plays the father of an extremely gifted son.

In his review, Thomas Humphrey lauded the cinematography and the main performers, and he calls it "an interesting projection of the bright light that emanates from the uneasy American spirit".

A hard-partying teenager in Berlin starts to see a gnomish creature following her. Her parents, convinced it must be her behavior or drugs abuse, cast her to the psychiatrists. But is she crazy or is the creature real? Described as a loud and psychedelic film by German artist AKIZ, audiences in Amsterdam were very positive about this one.

An advertisement designer builds a campaign for "Augmented Reality-glasses", but he loses all sense of reality when he designs a virtual avatar who looks like the woman he secretly craves. 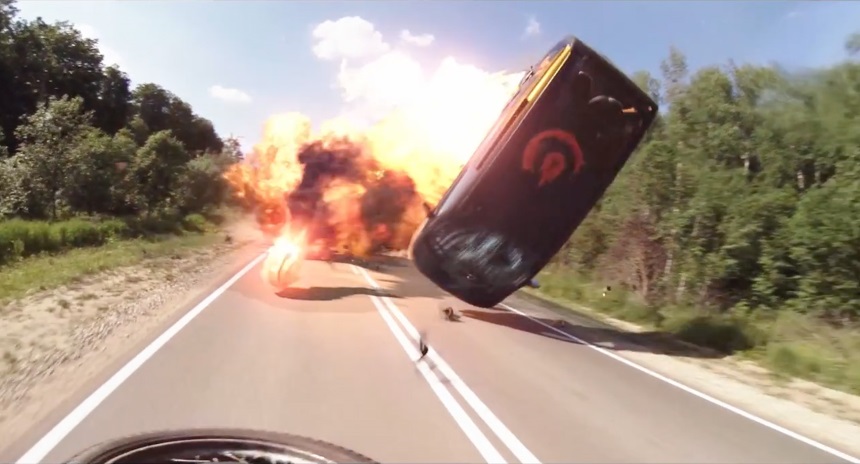 Ilya Naishuller's first-person music videoclips were a hoot, but would this approach fit a feature-length film? The answer turns out to be a big yes. Hardcore Henry is fun, violent, thrilling and feels, as Ryland Aldrich says in his review , "like the beginning of an incredible new genre of experiential cinema."

In writer-director S. Craig Zahler's Bone Tomahawk, Kurt Russell plays a sheriff in the old West, who rides out with his posse to battle the subhuman troglodytes who kidnapped a woman from his town. Come on, what's not to love?

Todd Brown calls it "one of the most brutal westerns ever put to film" and he ain't lying.

A heavy metal music loving family moves into a house, happy because it's big, happy because it was cheap, and discover that not only does the place have a history, it also has a previous owner who tries to come home.

Todd Brown likes the film very much, and in his review he says this about the director: "Simply put Sean Byrne is one of the most fearsome pure talents in the genre world today." 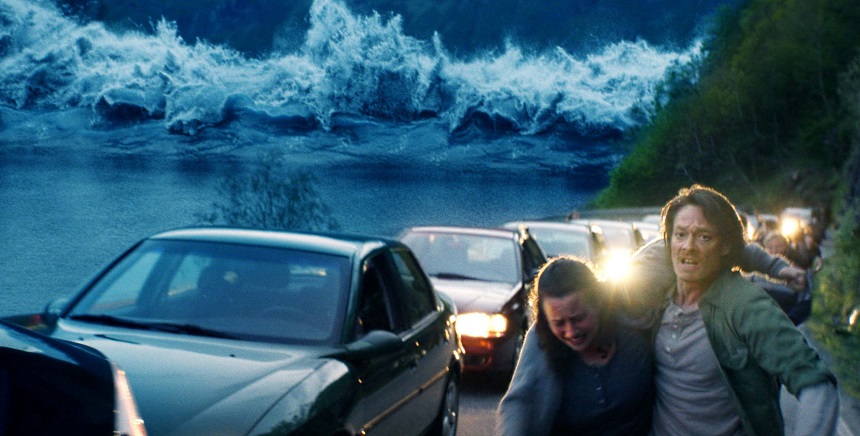 Like last year, the festival's closing film came from Scandinavia and was a well-made modern riff on a previously beloved genre. Last year that was Big Game, this year it was Roar Uthaug's Bolgen aka. The Wave. An old-fashioned disaster movie, this film describes the all-too-plausible calamity of a collapsing fjord creating an all-destroying tsunami (which actually has happened several times in the past and will surely happen again at some point).

In his review, Todd Brown calls it "a sweeping piece of entertainment that knows exactly what its audience wants and then proceeds to deliver exactly that..."

S.S. Rajamouli's previous film Eega, about a murdered guy who reincarnates as a housefly and goes after his murderer, proved insanely well-made and entertaining. And now Rajamouli has made an epic (a film worthy of that word for once) to rival the Lord of the Ringstrilogies. Imagine showed the first half of that epic, while all of India is currently eagerly awaiting the second half.

In Ryoo Seung-wan's newest comedy thriller, a group of detectives try to bring down a spoiled billionaire, and face not only criminals but also Korea's corrupt friend-favoring government structures. But instead of making the film a dour social pamphlet, Seung-wan made sure the jokes are funny and the action is terrific in its variety and bone-crunching brutality.

In his review, Pierce Conran calls Veteran "...a breathless and hilarious crime thriller featuring a knockout performance from Hwang Jung-min."

Based on very positive word-of-mouth, I expected Sato Shinsuke's zombie apocalypse film to be fun, but I wasn't prepared for just how kick-ass good it turned out to be! In my review, I said the following: "I Am A Hero is epic, gory, funny, poignant, and very very creepy at times. The only reason Romero's Dawn of the Dead is better, is because that film provided the base for the entire genre, tropes and all, and this film obviously uses it as a template. But I Am a Hero uses that template well, and it's winwinwin all the way."

We're big fans of Hosoda Mamoru here at ScreenAnarchy, ever since the man left Studio Ghibli and proceeded to kick everyone's ass with The Girl Who Leapt Through Time, Summer Wars, The Wolf Children and now The Boy and the Beast. And while it's not my favorite of his (in my opinion there are severe story issues), many do not agree with me, and for sure The Boy and the Beast is one of the most gorgeous anime out there.

Hell, in his review, Hugo Ozman even calls this Hosoda's best, and the Amsterdam audiences seem to agree! 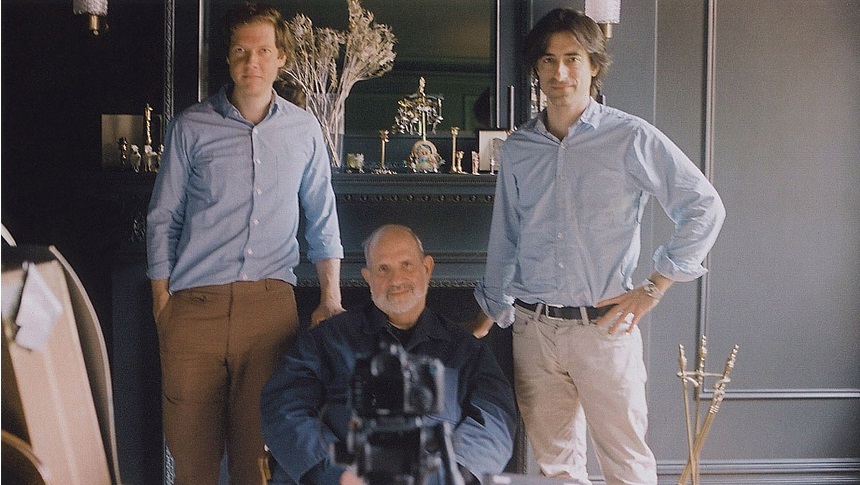 Remember I said the list nearly both began and ended with film documentaries? For a good while, it seemed Noah Baumbach and Jake Paltrow's documentary De Palma would end up topping this list. Focusing on the man's technique rather than his private life, the film is a fascinating peek behind the scenes on how to make movies thrilling.

In his his review, Zach Gayne says the film is a loving salute, one meant to tell future generations of filmmakers about what made Brian De Palma tick and who his influences were.

Back in 2007, Anders Thomas Jensen's film Adam's Apples won the Imagine Film Festival, then still called the Amsterdam Fantastic Film Festival (AFFF). His newest film Men & Chicken almost did the same, but lost with the smallest of margins. It's a story about two brothers who discover they have three more, but when the brethren reunite they all turn out to be of a very weird breed indeed. 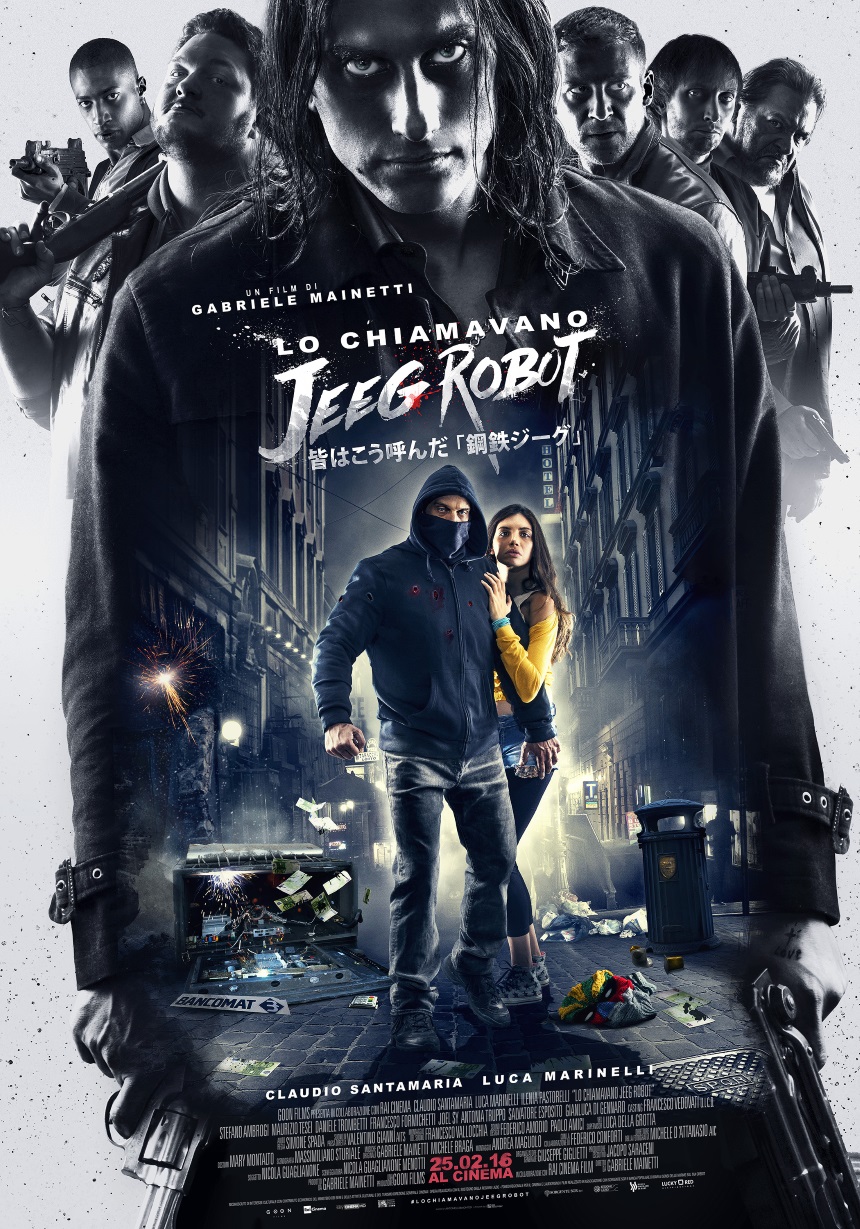 The top-4 was unusually close this year, with only a few votes difference already determining the order of titles in that group, but the winner finally turned out to be Gabriele Mainetti's Lo Chiamavano Jeeg Robot aka. They Call Me Jeeg Robot.

In it, a small-time criminal in Rome suddenly receives superpowers, and after some confusion (and self-enrichment) he learns how to use his newfound talents for the sake of Good. A massive critical and commercial hit in its home country of Italy, this film may herald a new age of Italian genre cinema. Hey, we can hope, right?

In my review, I said that it's like a sad Captain America versus a sad Joker, and that it's great!