Review: THE MERMAID (MEI REN YU) Proves Stephen Chow's Still Got It, Even Behind The Camera 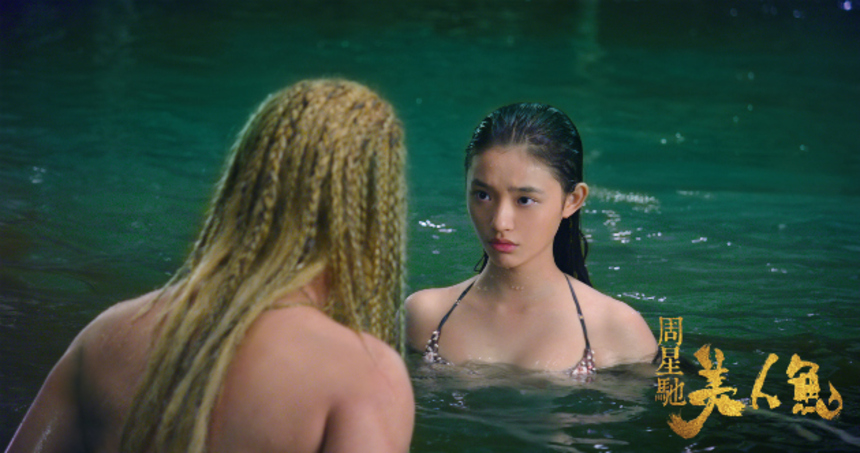 There are very few Hong Kong movie stars bigger than Stephen Chow. Even though Chow's last starring role was in 2008, he remains one of east Asia's biggest cultural exports, second only to Jackie Chan.

While Chan continues to take on starring roles, Chow began stepping back from the spotlight long before 2008's CJ7, where he ceded the leading role to then 11-year-old Xu Jiao. While those of us who are acolytes and devotees to Chow's unique and mesmerizing brand of physical and language-based comedy have long been suffering withdrawals, he hasn't abandoned us completely.

Chow took a five year break after CJ7, but when he came back as a writer/director on 2013's Journey To The West: Conquering The Demons, it was obvious that even though the faces may have gotten a lot younger, the style was 100% Stephen Chow. That film's absurdist slapstick take on the classic Chinese novel after which it is named was one of Hong Kong's greatest comedies in years, well, at least since Chow's Kung Fu Hustle threatened to make him a worldwide star. Perhaps Chow's vanity prevents him from getting back in front of the camera as he turns grey, but his fingerprints are all over that film, and no less so in his latest assault on good sense and sanity, The Mermaid.

The Mermaid is a very simple story told in the most enjoyably convoluted manner possible. When real estate magnate Liu Xuan (Deng Chao) buys up a huge chunk of protected land with the intent to reclaim it for real estate development, a group of threatened mermaids plot to seduce and kill him in order to save their homes and lives. In order to seduce him, though, the mermaids must choose the sexiest among them, in this case the lucky fish is Shan (Jelly Lin), who is chosen, trained, and slightly modified to meet the task at hand.

When several of Shan's attempts to do the deed fail hilariously, she finds that rather than the evil beast she was expecting, Liu Xuan is a humble man in search of true love, and she, predictably, falls for him. This obviously complicates the plans and forces a wedge between Shan and her mermaid kin, notably the tentacled leader Octopus (Show Lo), who will try anything to make Liu Xuan go away. All attempts fail, and soon Shan and Octopus are exposed for what they are, leaving Liu Xuan with some decisions to make. Save his love, or save his money. You can probably figure out how that plays out.

The most obvious message of The Mermaid is that of the dangers of unbridled development on the native flora and fauna of what's left of the untouched sea. While the environmental message is clear, and never far from the surface, it's also never a burden for Chow's trademark brand of insanity. This isn't the first time Chow has tackled social ills, but it's likely the most on-the-nose of any of his attempts, and the first time in a while that he's tackled any as the main thrust of his story. The Mermaid maintains a delicate balance of keeping its focus at the front of the audience's mind, but never sacrificing plot for preaching.

We may not get his face, but in Liu Xuan, we most certainly get a passable Stephen Chow substitute. Chao Deng's performance carries many of Chow's mannerisms and tics, not unlike Journey to the West's Wen Zhang. Also like Chow's onscreen persona, Liu Shan is more of a comedic foil than a leading man, leaving the heavy lifting to Shan's mermaid for the most part. Chow has always known when to step up, and when to have his characters get out of the way, and while Liu Xuan's character is a crucial part of the film, his role is designed to provide openings for his leading lady, the newcomer Jelly Lin as Shan. 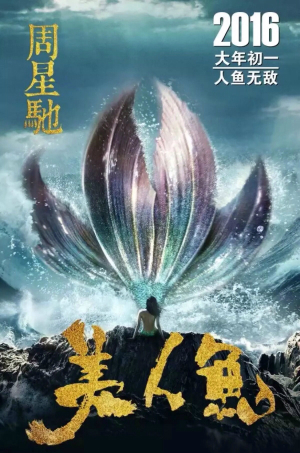 Jelly Lin's performance as the delightfully daft mermaid Shan is wonderfully warm and endearing. Unlike the last two major big screen mermaids, Daryl Hannah's Madison from Splash and The Little Mermaid's Ariel, Shan's tail does not turn to legs when she dries out, instead, she has developed a signature goofy little walk, kind of like a penguin who needs to go to the bathroom. This is one of her perfect little quirks that remind the viewer that no matter how hard she tries to blend it, there's always something a little bit off about Shan, but in the most charming way.

As one might expect from any Stephen Chow film, especially those post-The Sixty Million Dollar Man, The Mermaid wouldn't be complete without a few big CG-aided gags. Chow's breakthrough films, Shaolin Soccer and Kung Fu Hustle, made extensive use of CG to augment reality in a way that fit Chow's worldview, and Journey to the West also used CG quite heavily to create the fantasy world in which Chow's characters could be bigger than life, and because they were both absurdist adventures, it worked. Sadly, the CG in The Mermaid seemed to me to be a huge step in the wrong direction. Rather than keeping me grounded in the film, often the CG took me out because it looked quite choppy and artificial, a sad reminder than the US is far ahead of even the most advanced film industries in the world in terms of their ability to fool the human eye.

That being said, the comedy never fails to get a laugh, and when I watched the film subtitled as the only non-Chinese in a local cinema, I know I missed a few gags that must have gotten lost in translation, so there were even more belly laughs than I know. Not every gag is huge, a simple scene with a pair of police officers in which Liu Xuan tries to describe the appearance of the mermaid to a sketch artist (featured in the film's first teaser) is gut-bustingly funny.

An earlier sequence in which Octopus appears to assassinate Liu Xuan in the guise of a sushi chef had the audience rolling as Octopus ends up becoming the meal with the hibachi chefs flanking him mistake his tentacles for the day's special. Those are just a pair of the film's best gags, but the audience is never left for more than two or three minutes without something to extract a laugh, and usually it's a big one.

The bottom line is that The Mermaid is hilarious, and in this reviewer's opinion it is Stephen Chow's best film since Kung Fu Hustle. Chow was one of my gateway drugs to Hong Kong cinema, the minute I saw Shaolin Soccer almost fifteen years ago, I became an instant convert and tracked down everything I could find. After all these years and probably twenty five Chow film's under my belt, I would be quite content listing The Mermaid among his top five films, though perhaps toward the bottom of that list. Still, not an easy acheivement for a man who has made such eternal classics as The God of Cookery, Kung Fu Hustle, Fight Back to School, and dozens more.

If you have ever been a fan of Chow's work, put your money where your mouth is and find The Mermaid (Mei Ren Yu), it may be playing in a cinema near you. Don't worry about the fact that Chow isn't the star, even if it isn't his face on the screen, it is definitely his spirit pulling the strings and the humor is demonstrably his. The Mermaid is brilliant madness made reel and proof that Chow has not lost a step.

Do you feel this content is inappropriate or infringes upon your rights? Click here to report it, or see our DMCA policy.
Jelly LinMei Ren YuMermaidStephen Chow