Morelia 2014: The Best Of The Festival Goes To Mexico City 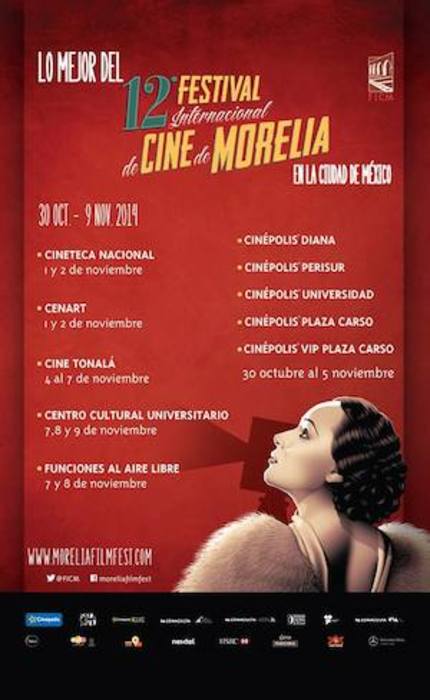 From October 29 to November 9, the Morelia International Film Festival will have a selection of its 2014 programming playing at several venues in Mexico City. Titled "The best of Morelia in Mexico City", this brief showing is premiering in the city some highly anticipated films, including Morelia's opening movie Birdman.

There are enough highlights to satisfy those cinema aficionados that couldn't make the trip from the capital to Morelia. Ceylan's Palme d'Or winning film Winter Sleep, Godard's Goodbye to Language, the great Leviathan, and Cronenberg's latest Maps to the Stars lead the best of Morelia in Mexico City. Other titles are White God, The Rover, Two Days, One Night, and Force Majeure.

Mexican cinema is present as well, with Güeros leading the selection and making its first appearance in the city where it was filmed. Some of the winners from the official Mexican section are going to be screened as well, including Carmín Tropical and the best documentary Matria.

You can check here the complete schedule and get your tickets.