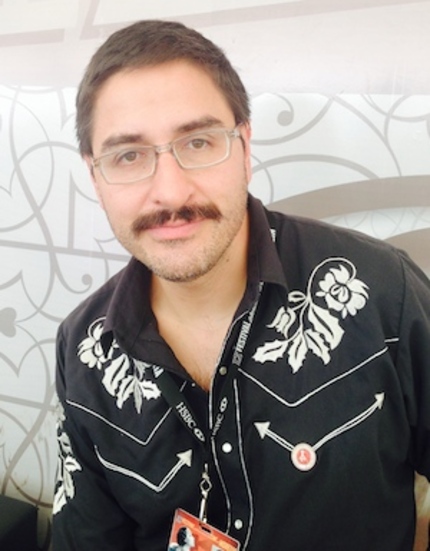 Fernando Llanos' Matria was one of the most talked about Mexican documentaries at this year's Morelia. It went on to win the jury award for best Mexican documentary, thanks to Llanos' mixture of a very personal story with the sociopolitical history of Mexico.

Llanos' own grandfather, Antolín Jimenez, is the doc's protagonist. He was a man who fought with Pancho Villa during the Mexican Revolution, became rich during the post-revolution period, and was very keen for the charro culture. In fact, during WWII he led an army of charros with the intention of defending Mexico from a possible Nazi invasion! On the other hand, a dark story about Antolín has been haunting his family for many, many years, to the point that even as a grandson, Llanos was never allowed to know the truth.

On October 22, I had the chance to briefly talk with Llanos about his grandfather, the long process behind Matria, and the sad and very violent present of our country Mexico.

ScreenAnarchy: In which moment you decided to share with a documentary the personal search for the story of your grandfather?

Fernando Llanos: When I went to do the exhibition of The Dead of Videoman in El Paso, Texas, I said that my grandfather Antolín Jimenez was a soldier of Pancho Villa. I repeated that constantly because nobody told me more information about him.

Then I found a huge archive and damn, I became fascinated and identified because I also do a lot of things; the difference is that unlike me, my grandfather became a millionaire. But it was funny because sometimes people ask me why I do lots of different things, and now I can answer that my grandpa did many things as well so it must be genetic (laughs). That's why I had a fascination for grandpa.

When I found the charros vs. Nazis story, I felt in love with the archive. It was amazing to find out he created an army. This crazy man gathered thousands of people to wait for someone who never arrived. It's a tragic Mexican story in the vein of Jorge Ibargüengoitia. It was absurd, charros vs. Nazis... like Juan Orol's Gángsters vs. Charros.

I decided to cancel everything else I was doing as an artist. I spent four and a half years doing the film. I wanted a challenge, as I had never made a film before. I said to myself, how hard could it be to make a film? And it has been very, very hard, the most expensive and complicated thing I have ever made.

During this long, complicated process, did you consider abandoning the project?

Yes, after three and a half years.

I run marathons. And I enjoy running a marathon at the beginning, but at the end, I'm crying, with pain, wondering why did I decide to run 42 kilometers. After running a marathon in Los Angeles, I said I was never going to do it again. But a year later I was running another one in Mexico City; that same thing happens with film.

I had dreams about the editing, the story, and the dramatic arcs. During those moments you doubt, but I'm very perseverant. You just have to reach the finish line, no matter if your body hurts.

I also contacted great friends who suggested professional editors; they lighted my way. They are very generous people because I couldn't pay them, as all of my savings went to the film. I'm very thankful. 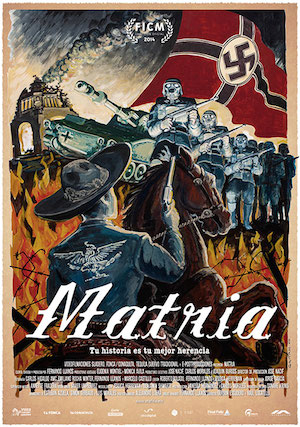 The thing I looked for the most and didn't find was the video recording of the parade. We contacted the SEDENA (Secretariat of National Defense) trying to use this material for the film. It makes me think in Mexico's lack of memory; that's one of the themes that we mentioned in the movie.

When the Escuadrón 201 appears, they say there's a big debt with them because they are practically forgotten. So if those guys who are much more famous are oversight, imagine my grandfather. He is not even in the list of veterans.

What happened with all of these people who gave their lives for Mexico, who formed institutions that maybe today are rotten, but what is happening with our memory?

We just were in downtown Morelia marching for the 43 missing students (from Guerrero), but in 1968 people disappeared as well. We need to work a lot to not make the same mistakes again. I think Matria has that tone, of rescuing the memory.

But I do love that the members of the Escuadrón 201 didn't know my grandfather. I loved arriving with the camera to ask them and hearing things like, "no, that doesn't exist." But they had around 50 notes from the press! Not just one or two.

Now tackling the most personal side of the film, we see some members of your family refusing to talk about the subject matter (Antolín). Now that the documentary is complete, how has been their reaction?

They haven't seen it. They don't want to see it. I tried to pay for their transportation from Mexico City to Morelia, but they don't want to talk about the subject because they never learned how to do it.

Obviously, the film is uncomfortable for them. They are in shock, but I think it can be cathartic for them. I want to help them realize that nothing is going to happen. The people that know them will still say hello to them in the street.

They say, "how did he dare to touch that theme?" But I say to my mother, why did they hide it from me for 36 years? The story of my grandfather was refused to me when I had the right to know it as a grandson. And if I found the story, I'm in my right to share it. Why they don't listen to the other version, to the other family? That's it, in this country we need to learn to listen to each other: politicians, farmers, teachers, journalists, because otherwise we aren't going to solve anything.

After doing the film, how do you feel about your grandfather?

The reality is that I don't have any emotional bond with him because I didn't know him. I was telling one of my aunts that now I'm the one in my family who knows him best. I say to my family, watch the film because the only thing you always say about him is that he was great; but he was a human with flaws too.

I like him. I think he was a man who did great things, a little megalomaniac though. But he and many people from that period did deserve the things they got. My complaint is that right now, those congressmen don't do anything and want to charge as my grandfather did.

Do you feel this content is inappropriate or infringes upon your rights? Click here to report it, or see our DMCA policy.
Fernando LlanosMatriaMexican CinemaMorelia 2014Morelia International Film FestivalDocumentaryBiographyFamily