Giveaway: Win Blu-rays And DVDs Of THE DEAD LANDS And WHITE GOD From Magnet, Magnolia And ScreenAnarchy 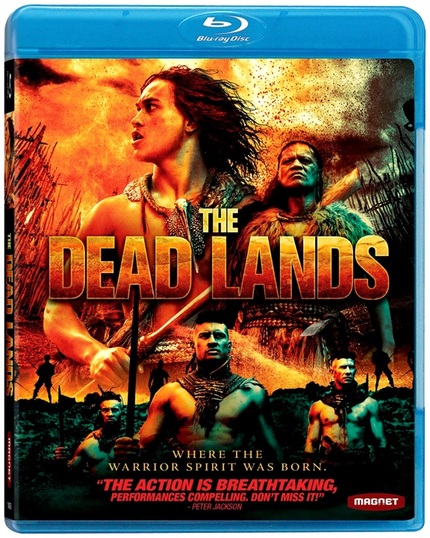 ScreenAnarchy has partnered with Magnet Releasing and Magnolia Pictures to bring you a couple of wonderful films on Blu-ray and DVD. First up we have two copies of Toa Fraser's brutal New Zealand Maori action film The Dead Lands. A film that our Jason Gorber very much enjoyed when he saw it at the Toronto International Film Festival last year:

Next up is 2014 Cannes standout White God, from Hungarian director Kornél Mundruczó. We have five copies of this stunner on DVD to give away to lucky readers. A wildly visual tale of what happens to the outcast when they can no longer supress their anger at being ignored and rejected, White God damn near made me cry in several places. Gorber was impressed, though perhaps not as much as I, when he saw it last spring:

At its best, White God is a cautionary fairytale about contemporary Europe, a continent where both left and right wing are growing increasingly reactionary, and entrenched notions of "purity" continue to plague various countries as they balance their unique cultures against the hegemony of a greater, interconnected world.

If you are interested, drop me a line at josh [at] ScreenAnarchy [dot] net and make sure that you include your name, US address, and which film you want. If you want both, you'll need to send two e-mails, with the film's name in the subject line. I'll be drawing winners next Monday, August 31st. Good luck!