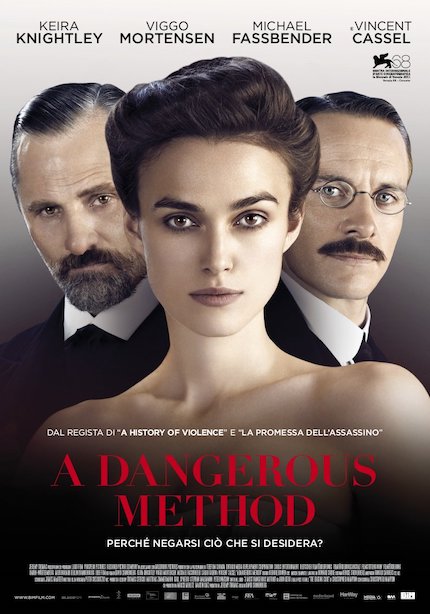 By the beginning of the 2010's, David Cronenberg carried a lot of baggage as a filmmaker. After Eastern Promises, though, he accomplished other creative works, such as directing Howard Shore's opera The Fly and writing his first novel, Consumed, which was published in 2014.

Filmwise, Cronenberg went to Germany to shoot his next picture.

A Dangerous Method (2011)
The film is available to buy or rent from a variety of VOD platforms. It is also available on Blu-ray from Sony Pictures through a variety of online retailers.

As you might expect if you've seen the film, it stirred strong reactions among our writers. "As much as I was anticipating this film, I came away somewhat disappointed at its stately and overly mannered presentation," wrote Michael Guillen after seeing it at the Toronto Film Festival. "Michael Fassbender makes for a handsome and sensually conflicted young Jung and Viggo Mortensen is convincing as Freud, but Keira Knightley is ill-equipped to handle the demands of her character. Sticking her jaw out like Popeye is simply not enough."

A month or so, Peter Guiterrez had a markedly different reaction when he saw it at the New York Film Festival: "The result is an extraordinarily complex and literate drama of ideas--one that just happens to be beautifully designed, shot, and edited. ... It's so rich, and in so many ways, that it really needs to be re-viewed before it's reviewed."

In his review of the Blu-ray that was issued in early 2012, J Hurtado put Cronenberg's recent filmography into perspective:

"A Dangerous Method seems to have secured my fear that David Cronenberg has sublimated the part of his lizard brain that gave me chills. He's taken the outward expression of his deep interest in abnormal psychology and made it the text, rather than the subtext. ... A Dangerous Method is very competent, but it is also very dry and unengaging, and that comes from a lifelong Cronenberg fan. Not even the fine performances of the leads can save it from talking itself to death."

(Read the review in its entirety)

Cosmopolis (2012)
The film is now streaming on Prime Video. It is available to buy or rent from a variety of VOD platforms, and is also available on Blu-ray from Entertainment One via a variety of online retailers.

Billionaire Robert Pattinson wants a haircut. Crawling across the city in his stretch limousine in the midst of a demonstration-packed day, he visits with his security guard (Kevin Durand) constantly, his new wife (Sarah Gadon) repeatedly, and others (Jay Baruchel, Juliette Binoche, Emily Hampshire, Samantha Morton, Patricia McKenzie, Paul Giamatti) as the need arises. Cronenberg directs from his own script, adapting Don DeLillo's novel.

"Cosmopolis plays more like a wispy film of ideas, with conversations in the limo about society, wealth and humanity dominating most of the screen time," wrote Brian Clark, who saw the film at the Cannes Film Festival in 2012." Almost all of these feel detached and meticulously unfocused. Characters toss around ideas or questions, which their conversation partner then promptly ignores or responds to with a non-sequitur. ...

"Cronenberg has still made an odd, uncompromising and occasionally brilliant film of his own, one which is well worth seeing if only for the deft way Cronenberg finds an emotional arc in such an inhuman world. Or else to see how perfectly Pattinson's performance suits the director. "

A few months later, Joshua Chaplinsky published quite an interesting article at LitReactor, comparing Don DeLillo's novel with Cronenberg's film. Start with what Joshua had to say at Screen Anarchy and then visit Lit Reactor to read the whole thing.

But that's not all! A couple months later, upon the film's release on Blu-ray, Jason Gorber felt compelled to share his reactions: "Like any of the great director's works, Cosmopolis is a film well worth seeing. Unfortunately, I see it as more as a failed experiment in cinematic austerity than something worth watching multiple times as per many of his other works."

(Read his Blu-ray review in its entirety.)

Maps to the Stars (2014)
The film is available to buy or rent from a variety of VOD platforms. It is also available on Blu-ray from Universal Studios via a variety of online retailers.

Actress Julianne Moore hires a new assistant (Mia Wasikowski). Robert Pattinson is a driver this time, rather than a passenger, and John Cusack plays an unconventional doctor. With Olivia Williams and Sarah Gadon. Cronenberg directed from a script credited to Bruce Wagner.

"Cronenberg is now in a phase that simply no longer speaks to me, a cold and dreary cinema that's as dull as it is forgettable," wrote Jason Gorber, who saw the film at the Cannes Film Festival in 2014. "The director remains one of the great artists of the medium, so I can only hope that his next project falls more in line with my own appetites."

Come back tomorrow as we have our say on David Cronenberg's newest film. 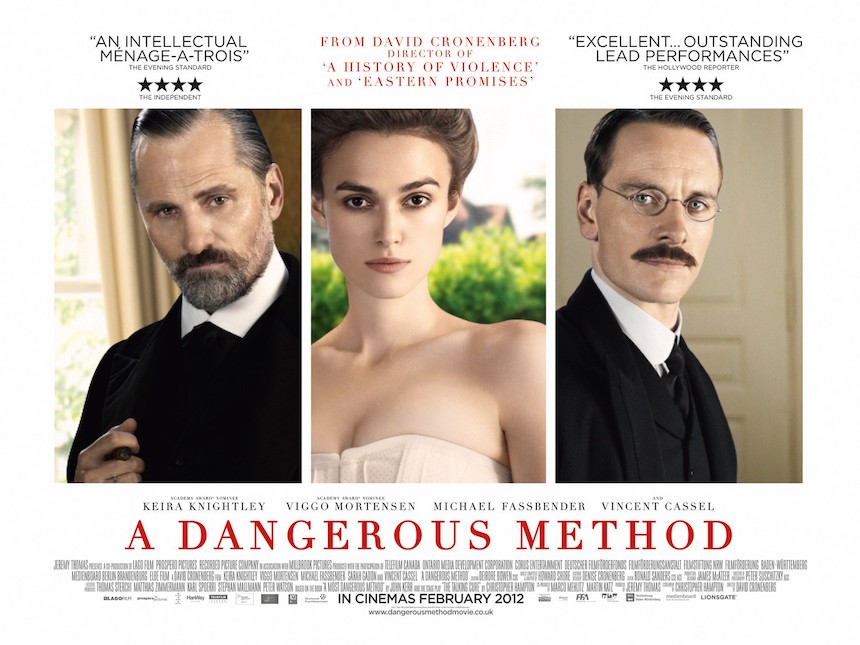 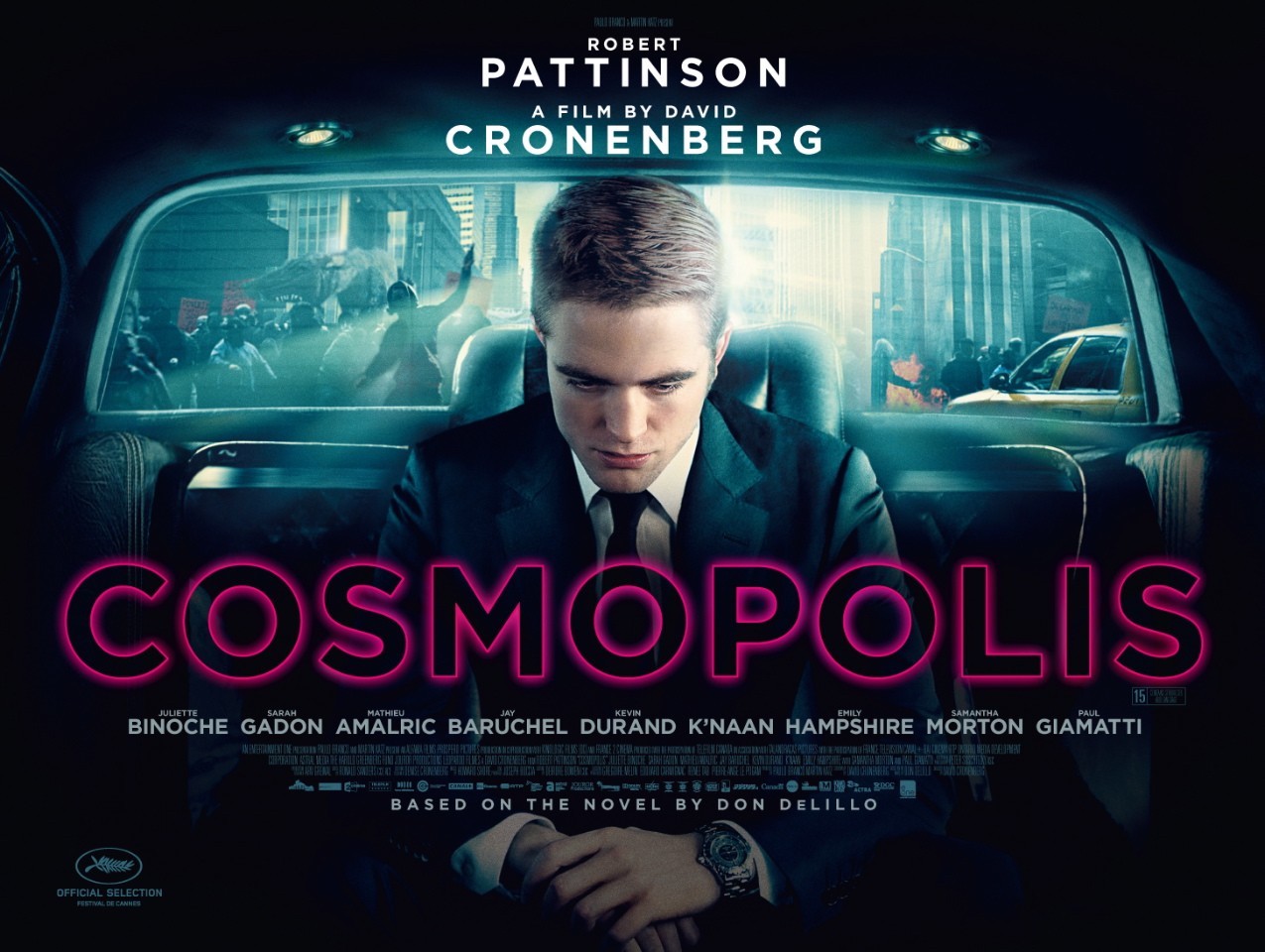 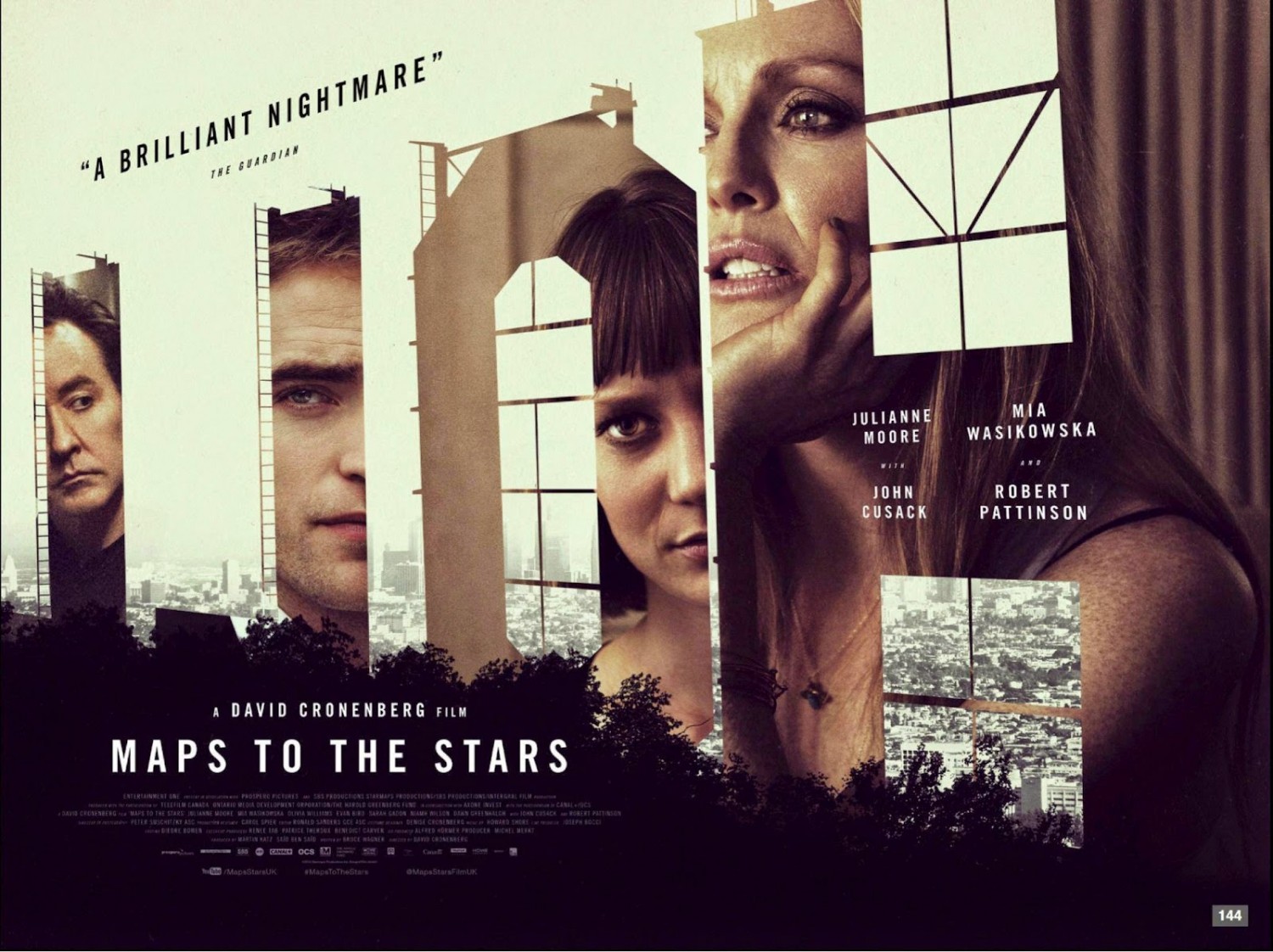